How to reduce your food footprint

Going vegan is a step in the right direction when it comes to reducing our impact on the planet, but there’s plenty more we can be doing. Lottie Storey explores how we can make informed choices.

So you’ve watched Cowspiracy and are convinced that going vegan is the single biggest way to reduce your impact on the planet.

Those of us that avoid meat and dairy are responsible for almost half the carbon emissions of our carnivorous equivalents (currently an average of 1,055 kg of CO2 a year per UK vegan). Well done us. But while all meat options produce more greenhouse gases than meat-free sources chosen by vegans, our meat-free, dairy-free diet can often mean relying heavily on foods imported from abroad. This brings with it an additional carbon cost in the form of food miles, a term coined in the 1990s as a measure of distance from plant to plate.

For vegans, food miles contribute to a larger portion of our food’s carbon footprint because plant-based foods have lower production footprints, so transportation is comparatively more significant.

Delve deeper, though, and it’s not as simple as mileage alone — the mode of transportation is key, with cargo ships the most efficient, followed by trains, road vehicles, and the least efficient being aeroplanes.

Flying one ton of food is around 70 times more carbon-intensive than transporting that same weight via a large cargo ship, so it makes sense to eat more perishable foods (the ones that are often flown — like asparagus and berries) when they’re in season and locally grown.

Those that can be harvested before ripening and stored for longer (such as tomatoes, bananas and pears) are likely to be transported via cargo ship, so although they may come from further afield (on paper, clocking up more food miles), their carbon footprint may be relatively low. It’s complicated!

“Vegans aren’t perfect,” says vegan poet and musician Benjamin Zephaniah. “We’re trying to do the most good and the least harm. And that’s the best you can do. So just keep trying.”

Veganuary ambassador Jack Monroe recommends starting small. Even if you have no outdoor space, you can grow strawberries in hanging baskets and salad leaves in loaf tins on the windowsill. Head to Wilko for plant pots that clip to drainpipes and grow herbs or chillies, cleverly watered by the gutter overspill.

If you have a bit more outdoor space then try potatoes (which can be grown in hessian sacks) or courgettes which grow like topsy, giving you plenty of delicious veg in summer.

Got the growing bug? Consider an allotment. Contact your local council to see what plots are available. You can then also trade produce with other growers when glut season comes.

One way to reduce the environmental impact of a vegan diet is buying British veg boxes. Produce is always going to taste its best when it’s fresh and in season, plus you’re helping reduce food waste. Check if any of the produce is carried by air freight, and buy accordingly.

Local greengrocers and farmers’ markets are another good way to shop if you don’t like the random element of a veg box. Speak to the sellers about where their produce is grown and how they ship their fruit and veg.

All of this contributes to a cleaner environment and — many claim — much tastier food, too!

Riverford, Abel & Cole and many others offer organic fruit and veg delivery but if this is beyond your budget, go organic with your staples like apples, tomatoes and cucumber and look for organic options at Tesco, Lidl and Aldi. Find out more at soilassociation.org 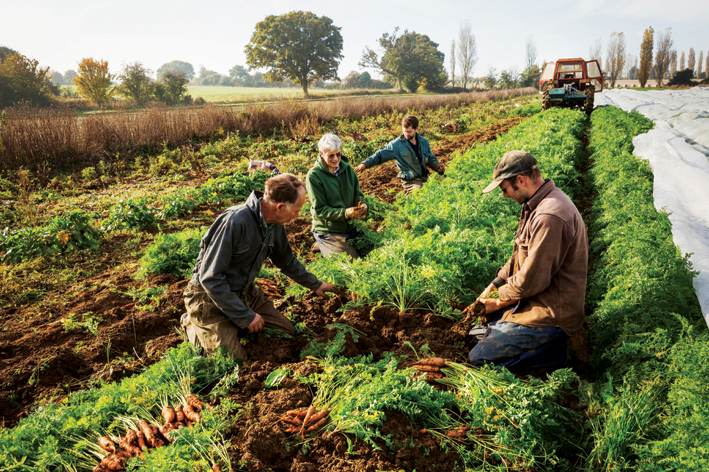 Non-dairy milk is a minefield when it comes to environmental impact. An Oxford study revealed that although producing a glass of dairy milk gives out almost three times the greenhouse gas emissions of any non-dairy milks, varieties such as almond require a whopping 74 litres of water to produce.

And rice milk is also comparatively thirsty, requiring 54 litres of water per glass. This is more water than it takes to produce soy or oat milk, so if you’re looking to lower your impact this is an obvious one to tweak.

The ubiquitous avocado may be a delicious vegan staple but it doesn’t come without its issues. Kenya — the world’s sixth largest exporter of the fruit — banned the export of avocados because the country’s supply is at risk.

Last year, Mexico (supplier of around 45 per cent of the world’s avocados) was considering importing avocados for their own consumption, because the price per kilo is equivalent to the daily minimum wage, 80 pesos (£3).

The country makes more money from exporting them than it does from petroleum, which is driving illegal deforestation to make way for planting more avocado trees. But it’s important not to boycott certain foods that are exported, as farming these foods are lifelines for developing countries.

Download the Giki app (‘Get Informed.Know Your Impact’) which allows you to search and scan foods, which are rated according to sustainability, health and fairness. Opting for organic avocados improves their rating but keep checking; Ocado, for example, sources its organic avocados from different points of origin through the year. Spanish avocados can be left to ripen on the tree for longer which improves their flavour, but if this requires air freighting them to our shops, then cargo freighted avocados from further away are a better option.

Soya is essential to many vegan diets, used in everyday foods like soya milk, tofu, flour and meat-free burgers and sausages. But the mass production of soya has been implicated in the deforestation of South America.

Soya is Brazil’s biggest export by value, and an agreement has been in place since 2006 to boycott any soya that had been grown on deforested land. This agreement has succeeded, but Brazil’s new far-right president, Bolsonaro, has openly pledged to plunder the Amazon.

Ethical Consumer magazine currently advises buying products containing soya from outside Brazil if possible, and pressurising the big companies to do more to counteract the damage that Bolsonaro is likely to do.

Vegan protein sources with less impact include beans and pulses. But, until recently, these crops have not been a viable option for growing locally.

Hodmedod’s (hodmedods.co.uk) supplies beans from British farms, searching out less well-known foods like the fava bean and black badger peas. These sustainable foods are good for us, the soil and the bees.

Lottie is a writer from Bristol. Vegan for three years, she’s always on the hunt for new recipes and ingredients, and is a self-confessed cruelty-free skincare junkie. Visit her blog at oysterandpearl.co.uk 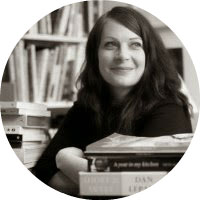 Lottie is a writer, editor and blogger from Bristol, England.