Has the climate crisis been forgotten during the pandemic?

Victoria Smith reports on how one catastrophe does not stop another on its path of destruction.

The coronavirus pandemic brought the modern world to a standstill with a global lockdown, ironically affording some benefits to nature with a reduction in emissions and air pollution.

Astronaut Drew Morgan, who watched the pandemic take effect from space, marvelled at increased visibility of areas previously masked by airline contrails, demonstrating the positive effects. Nevertheless, it is imperative that this temporary relief does not lull us into a false sense of security – the climate clock is still ticking.

Within 48 hours, millions of dollars were raised to help the fight against the natural disaster, as the world came to the realisation that the climate crisis urgently needed to be addressed. However, February brought a world pandemic, and the climate crisis was forgotten – no longer a priority.

In the midst of the pandemic, Ecuador suffered a catastrophic oil spill of 15,000 barrels of crude oil into two of the country’s most important rivers, essential for safe water.

The spill affected hundreds of kilometres of rainforest rivers, creating a devastating impact on the already struggling lifeblood of biodiversity. Yet while headlines have documented the minutiae of the coronavirus pandemic, this catastrophe has not been featured in major news outlets.

Lack of coverage on environmental disasters is not a new phenomenon. However, considering the attention gained by Australia’s wildfires, it is particularly symbolic – environmental issues have been put on the back-burner.

Similarly, a category-five cyclone tore through the South Pacific in early April. Aside from the catastrophic physical damage, it left several islands completely vulnerable.

In 2015, the islands experienced a similar cyclone and, according to Lyn Cox, executive director of Medical Santo in Vanuatu, received foreign aid “by the planeloads”. However, in the midst of Covid-19, the South Pacific has been left defenceless.

A month on from the cyclone, the people are still trying to rebuild their lives, and potentially fatal problems such as dysentery, pneumonia and infectious wounds “as a result of long-term exposure and a lack of shelter and basic hygiene facilities” have increased.

These crises have demonstrated that just because the world is currently focused on the coronavirus, it does not mean that climate change has hit the pause button. If anything, it is gaining momentum and we cannot afford to let it slip under the radar. 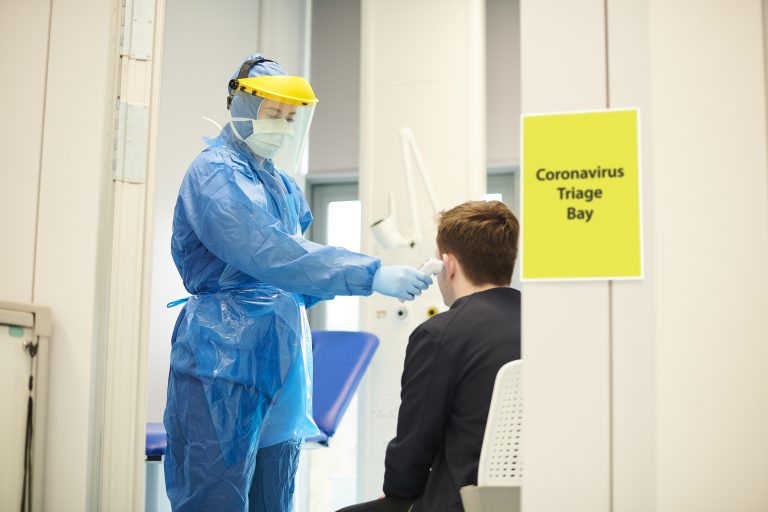 It is not only the risk posed by ignoring natural disasters that is detrimental to the climate movement – single-use plastic usage has increased during the pandemic.

Despite health organisations warning that wearing disposable gloves in public bears no added benefit than simply washing your hands correctly, a significant proportion of shoppers wear them.

Health paranoia has taken its toll with increased use of disposable wipes for cleaning groceries, which will remain in landfills for up to 100 years, not to mention adding to the 11 billion wipes already used in the UK per year.

This huge increase in plastic usage will continue to add to the planet’s already impossible plastic problem. Moreover, the UK government has delayed the intended ban on single-use plastics, including straws, cotton buds and drinks stirrers, which was scheduled for April.

Instead, this ban has been postponed to October at the earliest, with the possibility of a further delay as the virus fight takes precedence over the global plastic problem.

The pandemic has also increased private vehicle use, and public transport has been all but obliterated. Although this governmental advice will help curb the spread of the virus by avoiding mixing different households in close quarters, it will cause an increase in CO2 emissions once more as people return to work.

In 2017, a staggering 67% of people in the UK travelled to work by car, which is already an extremely high number considering the growing climate crisis. While there is hope that people will use this opportunity to find alternative means to travel to work, such as cycling or walking, the average rail commute is 59 minutes.

It is likely that the necessary social distancing methods on transport will result in more cars on the roads in the coming months and subsequently more emissions.

Environmental groups, such as Extinction Rebellion, rely on the ability to congregate in public places and create widespread protests, which is completely impossible during a lockdown, and their intended rebellion for the end of May was cancelled.

As a key method of disseminating information and forcing the government to pay attention to the climate emergency, environmental groups have had to adapt and innovate new techniques. One of these is to take the strike online using the hashtag #ClimateStrikeOnline and circulate facts concerning the crisis through influencers and social media users.

This method has enabled those from different continents to come together in their shared efforts, including 15 year-old Leah Namugerwa who has been able to promote her online petition for Uganda to ban plastic bags.

However, there are negative consequences of the inability to take to the streets, as Leah claims, “my activism and message targets policymakers and people in power, but social media in Uganda isn’t widely used, especially by elder people in positions of power.”

Moreover, the online endeavour has mostly been washed out by the pandemic, and major news outlets seem oblivious to the efforts of activists. Social media can be a powerful tool, but with some world leaders failing to grasp the urgency of the crisis, the visible threat of Covid-19 has eclipsed the invisible battle against climate change.

It is difficult to strike a balance between the two issues, but it is important that the climate crisis is not completely overshadowed, as we are rapidly running out of time to combat the (literally) turning tides.

While the devastating global health consequences of the pandemic is undeniable and should not be ignored, the environment is silently suffering in its wake. One crisis does not stop another on its path of destruction, and if we do not realise this quickly, the damage will be irreversible.

Victoria is a freelance writer and vegan food blogger with a passion for environmental issues, cruelty-free beauty and sustainable living. Find out more about Victoria on Instagram: @vicsveganeats