The state of nature: How being vegan helps wildlife

Clea Grady examines the damage being done to wildlife and how being vegan can help stop it...

When we think of the animals who benefit when people go vegan, we typically think of those who are farmed for food and clothing. But have you ever stopped to think about the good we might be doing for other creatures as well?

Just like us, wildlife – whether that be bees, birds or badgers – needs somewhere to live. Without habitat, there is no wildlife.

Devastatingly, in creating more and more space for people, we have systematically stripped our landscapes; leaving our wildlife with very few, or no, places to go.

Sir David Attenborough calls the UK “one of the most nature-depleted places on the planet”, but I think this will come to many as a shock.

This is because we accept what we see as ‘normal and natural’, so with every generation we are setting a new baseline for the natural world – without understanding that what we are seeing (or not seeing, more to the point) is far from normal.

Do you know that hedgehogs, for example, have declined in numbers by 97% since the 1950s?

This beloved little creature is teetering on the edge of extinction in this country, and most of today’s teenagers have never seen one – except for maybe on their phone screens.

For those of you born before the early 80s, think back to long childhood car journeys with the family… Do you remember bugs and insects having to be wiped off the windshield, or the splatters of tiny bodies across the bonnet?

Now think of more recent car trips… How often to do you remember having to do the same? And on warm, balmy nights with the windows open – when was the last time you saw a moth fly in?

Nature is far less visible in our lives today, and that is because we are destroying it.

You will likely have seen the ‘good news’ stories in the media since the Coronavirus outbreak about wildlife taking over while we isolate inside.

But the truth is that we have an awful long way to go before we can start to celebrate. The 2019 State of Nature Report is effectively a health check of the UK’s wildlife, collating data from 50 conservation organisations.

This 100+ page report documents how human impacts are driving huge changes in UK wildlife numbers – of the 8,418 species assessed, 15% are now at risk of extinction.

In the report, we find out that the ‘abundance and distribution’ of wildlife in this country has, on average, declined since 1970 – with much of that decline having continued in our most recent decade.

In other words, despite more interest, outrage and media coverage, there has been no respite for the ‘net loss of nature’ in the UK. 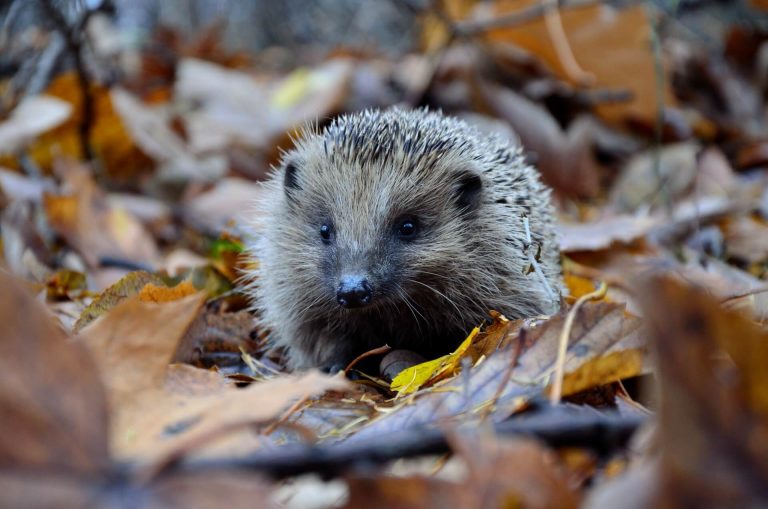 The State of Nature Report breaks down the contributors to this loss as ‘pressures’ – factors that have caused it, and are continuing to have a negative effect. Can you guess which two pressures top the list?

“This research identified that changing agricultural management had the biggest single impact upon nature in the UK over recent decades, with the great majority of that impact being to drive species’ populations downwards. The second most significant driver was climate change, which is causing range and population change in sensitive species, alongside landscape-scale alteration to vulnerable habitats.”

The intensification of farming has steadily and rapidly increased since 1970. Changes that have had the biggest, negative impact for wildlife are all listed in the report and include: specialisation (arable or ‘livestock’, for example); an increase in the mechanisation and the size of farms; and the loss of ‘nature-friendly features’ like field margins, hedgerows, woodland and ponds.

Over a 50 year period, there has been consistent trend of increasing ‘productivity’ – the ratio of inputs to outputs, otherwise known as industrialised farming. And this has had very real consequences for wildlife.

What’s more, the focus on intensive production over anything else has had a dramatic impact on the wildlife typically that’s found on farmland.

Populations of farmland birds have more than halved on average since 1970. In fact, turtle doves, grey partridges, corn buntings and tree sparrows have all declined by more than 80 per cent (source: www.rspb.org.uk/our-work/conservation/conservation-and-sustainability/farming/near-you/farmland-bird-indicator/).

Of course it’s not only animals who are farmed intensively; we farm crops on large scale as well. But to put it into perspective:

“72% of the UK’s land area is managed for agriculture, about one-third arable and two-thirds pastoral (grassland, moor and heath). Half of the arable land is used for cereal crops, while pastoral land is predominantly used to raise sheep (over 30 million) and cattle (over 10 million).”

The report goes on to say that ‘increasing awareness of the impact of modern farming methods on nature’ is changing how some public funding is used to support the agricultural sector, but it clearly isn’t incentive enough.

The statistics show a continuing downward trend, so something drastic needs to happen and happen quickly. Nature is in a state, and the way we have been living is to blame.

So the next time someone asks you why you went vegan, why not try a different answer and tell them it was for nature?

You may find it opens more conversational doors than your usual response, and I can guarantee it will raise an eyebrow or two.

Because when you stop and think about it, it’s an answer that it encompasses the top three reasons most people cite as their reason for being vegan:

People come to veganism via many different routes, and there’s no one reason that keeps us here, but when we make the case for nature, we make a case for everyone and everything. And that to me, is the best case of all.