Potato vs pasta vs rice: Which carbohydrates are the least sustainable?

Your choice of carb has a climate impact. Yes, you read that right. Carbs can be bad for the climate. But in the battle of potato vs rice vs pasta, which are the least sustainable carbohydrates?

Is rice bad for the climate?

Rice cultivation, like other carbohydrates, causes soil and water pollution because of pesticide and fertiliser use. All carbohydrates require the input of energy and raw materials (like fuel and fertilisers) which are responsible for nitrous oxide and carbon dioxide emissions1.

Nevertheless, rice cultivation is responsible for 10-13% of worldwide methane emissions. Indeed, rice is produced by flooding the field. In the paddy fields methanotrophs, soil microorganisms, produce methane, increasing the impact of rice on global warming. All these factors make rice the least sustainable carbohydrate in terms of the climate.

However, due to the lower grain yield, the emissions of methane per kg of paddy rice increases leading to a higher impact on the climate. Nevertheless, the avoided use of pesticides has positive impacts on biodiversity. 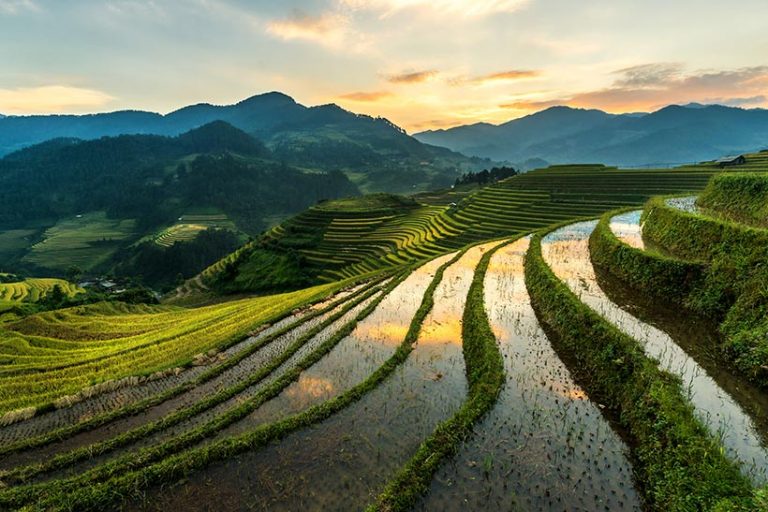 What about pasta and potatoes?

When it comes to the best carbohydrate in the world, potatoes are great! They are low in calories, rich in nutrients (vitamin B and C, potassium), low in fat and they have a very low carbon footprint. Potato production is characterised by high yields and relatively low fertiliser amounts.

However, the potato ranks third behind rice and wheat as food consumed, since consumption of fresh potatoes has declined while processed products (like pasta) have increased in popularity5. 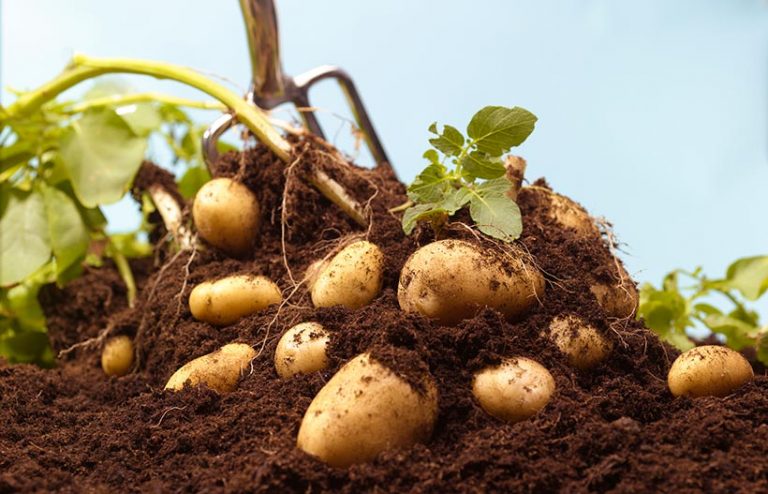 Potatoes are one of the most environmentally-friendly carbohydrates because they have a high yield production and uses relatively low amounts of fertilisers. Image credit:

How to cook pasta the right way

Another thing that we can do to reduce our climate impact besides selecting more sustainable carbohydrates, is to cook sustainably.  Did you know that the cooking phase adds between 0.76 and 2.21 kg CO2e/kg depending on if the stove is gas or electric?

A study reveals6, utilising the so-called passive cooking method saves up to 80% of greenhouse gas emissions while cooking.

Pasta cooking time can be divided in two parts: the time needed to boil water and the one necessary to cook pasta. Usually, after boiling water, pasta is cooked by keeping the heat on for the entire suggested cooking time, e.g. for 10 minutes (active cooking).

However, pasta can be cooked in a more efficient way by keeping the heat on only for the first 2 minutes of cooking and then, for the remaining suggested time, the heat can be turned off while keeping the lid on the pot (passive cooking).

Considering the cooking process of a 10-minutes-cooking 80g portion of pasta, cooked with gas and electric stoves, these are the possible savings:

Cook the pasta until it is ‘al dente’ (it doesn’t need to be cooked for longer than this according to our in-house Italian scientist!). Just remember to stir from time to time and the organoleptic properties of your pasta will remain unaltered. The method applies to cooking rice as well.

Innovations in the rice industry to reduce emissions

Upland rice has lower emissions as it is cultivated mainly in Asia at high altitudes without submersion and grown under a reduced water regime. Conventionally farmed rice currently requires a huge amount of water, 5m3 to be precise7.

The production method of Upland rice at the minute is on a small scale but if this was to become the mainstream production method, then this may save considerable amounts of water, by 30%, especially when furrow irrigation is used7. It also reduces the climate impact of rice production since the fields are no longer flooded by up to 50%8.

Have you tried food swaps?

As consumers we play a big role with our choices. The rice industry could become more and more efficient in the future, but the natural processes are difficult to change, thus, rice will always be more impactful than pasta and potatoes. It is up to us to reduce the demand for rice.

Consider a rice risotto with pearl barley “risotto” with butternut squash or try other grains like sorghum or millet.

Grains emit around 0.50 kg CO2e/kg9, while rice is 2.55 kg CO2e/kg. You save up to 80% of carbon emissions! Alternatively, add lentils to your vegan curry rather than serving it with rice to adds more sustainable carbohydrates to your diet.

Whether you like them on toast or made into guacamole, we all love avocados! But are avocados vegan?