What we eat has a big impact on the environment, so understanding the carbon footprint of the food you eat is important if you want to have a more climate-friendly diet

What we choose to eat in a day is motivated by many factors; availability, cravings, health choices and ethical reasons… But have you ever thought about the climate impact of your food choices?

Why does climate impact matter, I hear you say? Well, because it is getting hot in here. And a not so fun fact is that the food industry alone accounts for more than one quarter of all global greenhouse gas emissions that contribute to climate change.

Klimato, the company behind the carbon footprint calculations and climate labelled menus at COP26, is sharing a special “What I eat in a day” Veganuary edition, to educate us on the climate impact of food and how to eat within the planetary boundaries.

Before we dive into the climate-friendly Veganuary meal plan, there is one climate lingo term you need to master – CO2e.

CO2e (stands for carbon dioxide equivalents) is a combined unit of all greenhouse gas emissions related to producing food.

So essentially the CO2e tells you how big the climate impact of a certain dish is. A higher CO2e value means a higher amount of emissions and thus worse from a climate point of view

This daily vegan meal plan comes out at a carbon footprint of 1.4kg CO2e, which fits in with the recommended 11 kg CO2e weekly carbon budget for food. 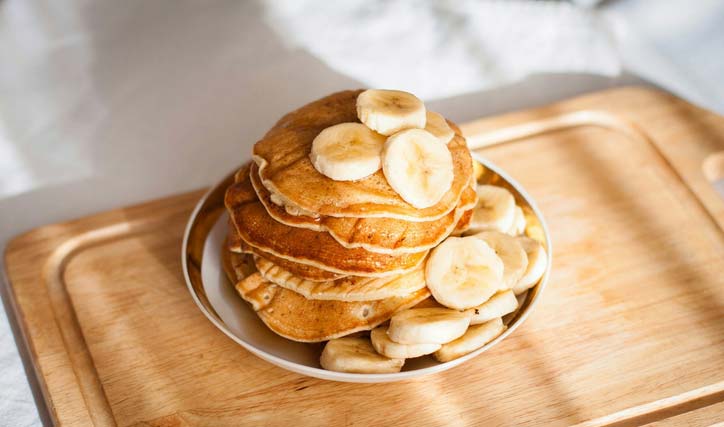 Let’s be honest, oat milk has become a daily must for us in coffee, for cooking and essentially for anything that requires a plant-based alternative to dairy milk. And judging by the recent shortages of oat milk, we are not the only ones!

When comparing dairy with oat milk, a glass of cow’s milk has at least twice as big a carbon footprint as the oat alternative. Ouch! I mean, it is hard to compete with the quantity of methane emitted by cows…

So by choosing vegan banana pancakes instead of American buttermilk ones and pouring oat milk into your morning delight, your breakfast choices means you are doing the planet a favour. 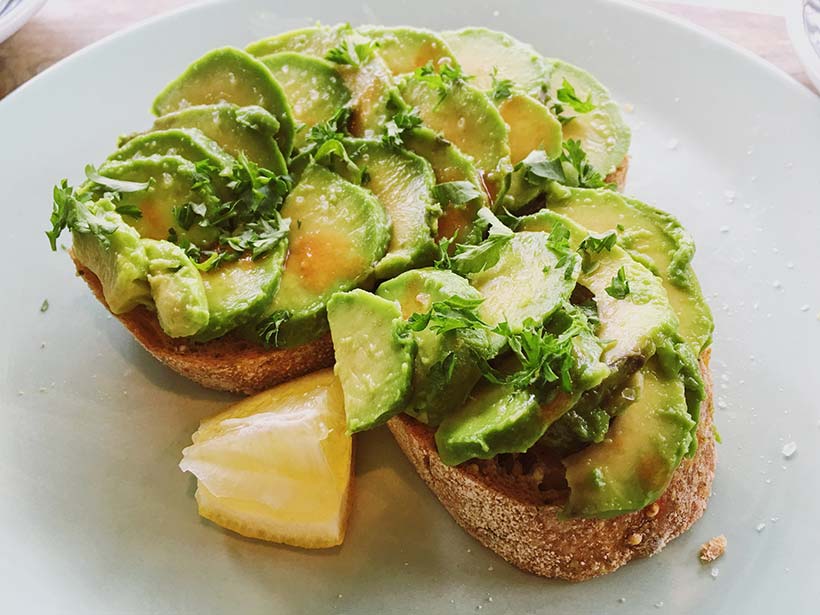 Avocado is often used to replace butter or cream cheese in desserts or on bread.

But avocados have been getting a bad rep recently, with claims that they are not a climate-friendly alternative to dairy products, where cultivation and transport are mentioned as the biggest culprits.

Still, on average, an avocado has a carbon footprint five times lower than that of the equivalent amount of cream cheese. And that’s a stat we can get behind.

However, a little perspective is needed to paint a fair picture. If everybody started eating vast amounts of avocados every day, it would put pressure on production, which would lead to more intense avocado farming.

Pressures on land and natural and human resources in avocado-producing countries do cause harm to the environment over time.

So don’t feel guilty for having an avocado toast every once in a while, but try to consume avos in moderation (which is good advice both for your own and the planet’s wellbeing).

Flaxseed is a well-known alternative to eggs, especially as a binding ingredient in cakes. While eggs aren’t the biggest climate villain out of all the animal products out there, you might be surprised to know that flaxseed has a carbon footprint up to five times lower than eggs. Shocking, right?

Well, the production of feed and the breeding of chickens is often dependent on soy and palm oil production. These types of animal feed can be linked to land-use changes that cause environmental harm through deforestation.

So sit back, relax and enjoy your slice of vegan carrot cake, not just because it’s delicious, but also for knowing that its carbon footprint does not have as negative an impact on the climate as a non-vegan one.

Not to mention the frosting and the additional carbon footprint that cream cheese frosting adds as well (because we all like a thick layer of frosting on our carrot cake, don’t we?!) 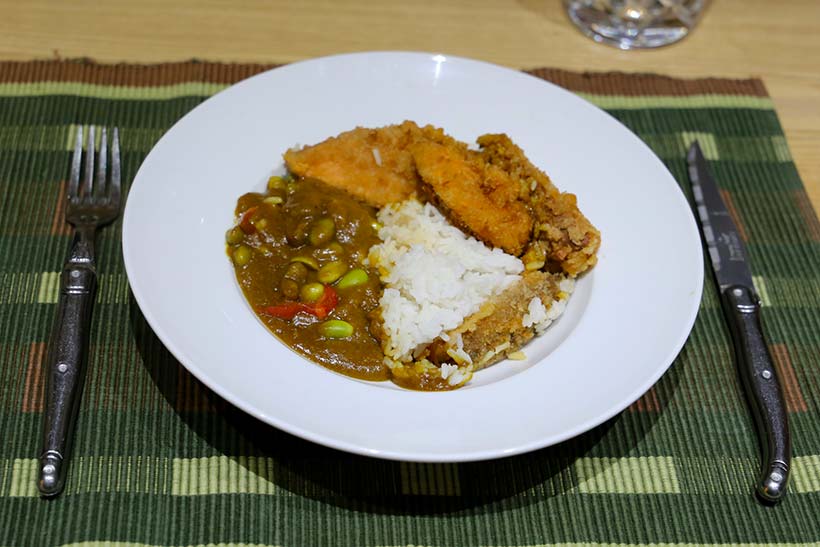 Chicken is a staple in most cuisines, as a lean source of protein for those choosing to eat meat.

But following the same reasoning as for eggs, while not having a significantly negative impact on the climate, the production of chicken causes more than three times the CO2e of tofu.

Tofu may come with environmental challenges of its own, but as an alternative to chicken, it has a lower carbon footprint.

Following a vegan diet is a good way of keeping the carbon footprint of what you eat at a low level, however animal protein isn’t always the bad guy.

If you enjoy your vegan katsu curry with rice for example, the rice might actually drag up the carbon footprint of the dish more than if you’d swapped the tofu for chicken.

This is due to methane emissions created by the bacterias present in the rice paddies.

How can you adapt your vegan diet to fight climate change?

We can’t always think about and research the climate impact of what we eat all the time; it’s neither realistic nor durable. Because let’s face it, sometimes we just want to eat what we feel like eating!

In general, a vegan diet is better for the planet, but it’s important to be aware of WHAT you replace animal products with. Not an easy task…

As mentioned above, following a vegan diet does not automatically mean we are doing the planet a favour. Plant-based alternatives to animal products can have high carbon footprints depending on their production method, origin, and processing.

And there are common vegan staples, like rice as mentioned above, that contribute to higher CO2e than other carb alternatives.

So similar to the previous debate on avocados, diversity is key to help preserve the climate and not overwhelm the environment.

Plus, eating a varied diet is more fun and healthy for your tastebuds and your body!

It’s also important to take into consideration that everything you eat in a day counts towards your carbon budget – every snack and every splash of oat milk in your afternoon tea. So snack mindfully, but also remember to be kind to yourself.

We are yet to have carbon footprint labels on all food products, and until that day it will be difficult and time-consuming to always make climate-friendly food choices.

What you can do today is to start small; try to eat a varied diet and ask for climate footprint labels next time you’re eating out or going food shopping.

Awareness and transparency are the first and most important steps to eating within the planetary boundaries!

Here’s how to reduce your carbon footprint in 10 simple steps.