The war on wild boar

There’s no end to the fight against wild boar, as Viva!’s Justin Kerswell discovers… 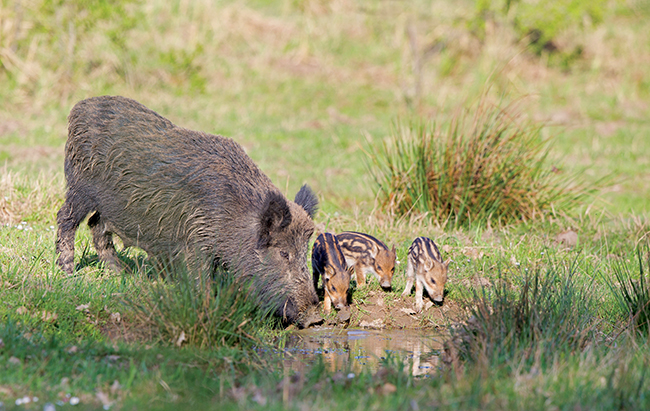 If you read certain tabloid newspapers, you could be forgiven for thinking that giant, demonic beasts roam under English oaks. Rampant, tusked monsters with glowing red eyes that can leap fences and steal babes from their cradles. Porcine Hogzillas laying waste not to Tokyo, but to football fields and road verges in Gloucestershire. Welcome to the world of the much misunderstood and unfairly demonised wild boar.

Secretive and peaceful animals, they once thrived across England until being hunted to extinction in the Middle Ages, then reintroduced more recently. Pockets exist all over the UK, but the largest and most established colony is in the Forest of Dean. Viva!, alongside local activists, have long made the case in favour of wild boar in the Forest but opinions are, it is fair to say, divided both locally and nationally.

So how many wild boar are there in the Forest of Dean? The truth is no one knows for sure. In 2016, the population was estimated at 1,562, but estimates are just that. It is notoriously difficult to get accurate numbers of wild animal populations; especially ones that are often on the move.

Culling in the forest

The Forestry Commission is the government department in charge of managing the Forest and who sanctioned hunting of the boar. They set the numbers for the controversial annual cull, which resulted in 543 being shot in 2015-16. An irony pointed out by many local pro-boar activists is that they are driven into populated areas and out of the deep forest by this persecution; which exacerbates the very issues some locals complain about. Some of the damage it is claimed the boars do, particularly to verges, is actually of great benefit to the forest. The verges re-seed themselves, while boar are excellent seed dispersers across woodland. A scientific survey done in France showed they can carry the seeds of 40 different plants in their fur and they ‘rotivate’ the soil to make it more fertile! 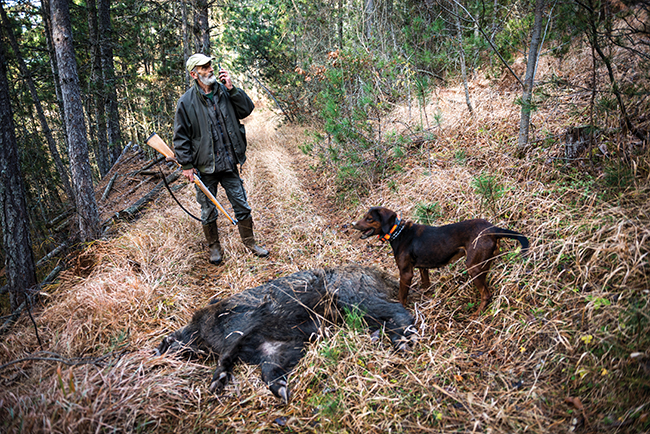 Chris Packham, wildlife TV presenter, says of the boar: “What perplexes and angers me is the reason why the boar are being killed, because I fear that it is a cruel mixture of intolerance and abject ignorance fuelled by some of the most idiotic scaremongering I’ve ever encountered. Why can’t residents find a passive solution to the boars’ presence? They do in France where I live and where these animals are an accepted and valued part of the community. Why, when we perceive that wildlife has become a nuisance, do we always reach for a gun rather than work towards a creative compromise?” 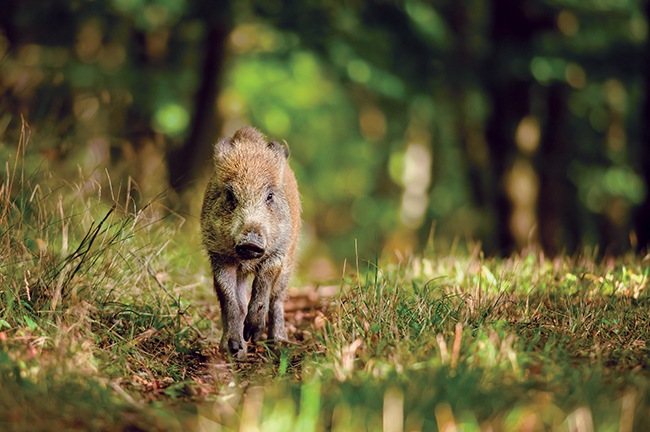 Hunting is not just a danger to boar, but also to residents and Forest visitors. The Forestry Commission has consistently failed to meet its target populations of boar, in all likelihood because they have overestimated the numbers of these shy wild animals. Shoots are also regularly interrupted because of the presence of people in the Forest. It is all a potential recipe for disaster and perhaps only a matter of time before someone is seriously hurt.

The guns the boar face are not just from sanctioned hunts. Local resident and wild boar champion, Joyce Moss, says: “Poaching is out of control, largely because of people from the cities. Although police try to attend reported poaching incidents, they can hardly be expected to enter a forest at night when bullets are flying about and they could be shot.” Poaching also has the added danger of putting pressure on a population whose natural size no one really knows.

If numbers were proved to be a problem, surely there are non-lethal solutions? Oral contraceptives could be employed, but have been discounted because boar are eaten by humans. The Forestry Commission confirms that meat from boar shot by their rangers is routinely sold to game dealers and on to the general public. The obvious solution to that particular conundrum would be to not eat wild boar.

As often happens when it comes to supposed problems with wild animals, the source of the problem is often not animals but people. Yes, there have been reports of clashes between boar and dogs, but these wild animals will rarely be aggressive unless they are protecting their young. If the official advice to keep dogs on leads wasn’t ignored, there wouldn’t be a problem. Reports of wild boar charging at people can often be explained by the fact that boars have relatively poor eyesight – it’s not aggression, but curiosity. 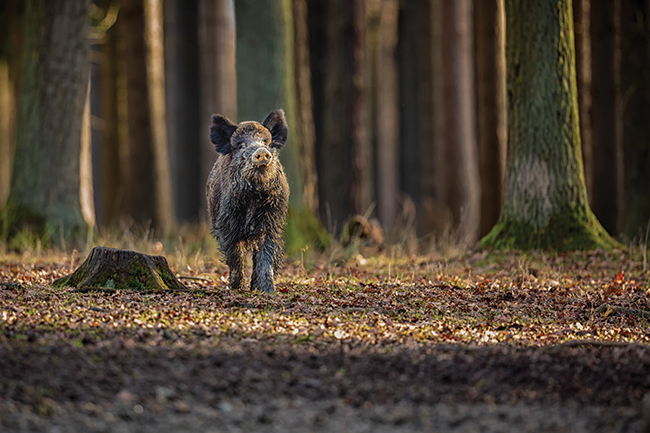 Joyce Moss believes that, left alone, boar numbers would be self-regulating: “I do not feel that the number estimates mean a great deal as the population tends to control itself, with a high hoglet death rate and a limited amount of available food. The key to keeping boar out of populated areas is to stop people feeding them and more public education about the boar.”

She also believes that simple and sensible solutions are available for boar and people to live in relative harmony. Of the boars’ prolific digging: “I know that local parish and rural district councils are consulting on the problem and have already helped with fencing in their areas.”

If Britain grew crops to feed people directly rather than feeding them to farmed animals, we could free up huge amounts of agricultural land to return to natural habitat. George Monbiot, newly declared vegan and long-term environmentalist, extols not only the benefits of a vegan diet, but also the benefits to ecosystems of reintroducing indigenous animals to our countryside. He terms it rewilding. Wild boar are poster pigs for this vision. It’s vital that we learn to co-exist with them in this corner of England to have any hope of making a success of rewilding elsewhere.

Find out more at www.viva.org.uk/wildboar

Viva! is a charity working to promote veganism and to end animal suffering. Justin Kerswell is Campaigns Manager and Deputy Director for Viva!