The great black and white badger swindle: The truth behind the unnecessary killing of badgers

Viva!’s Justin Kerswell exposes the truth behind the unnecessary killing of badgers… 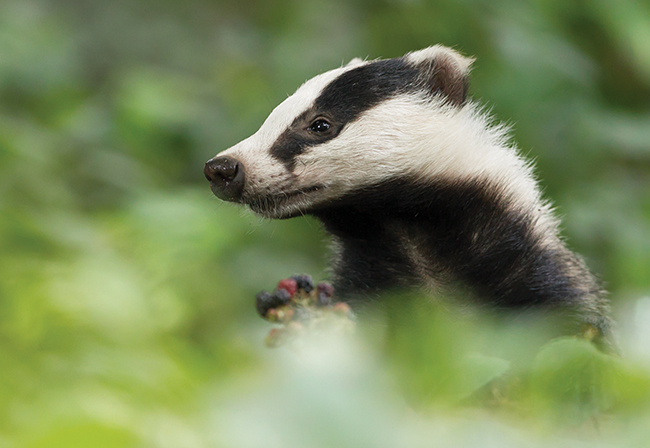 Badgers know all about ‘fake news’ and ‘alternative facts’, as they’ve been the subject of both for well over a decade. In the battle against bTB (bovine TB) they have been the unwitting black and white footballs, kicked around to divert attention from the real culprits. People have entirely shunned the official 10-year study’s firm conclusion that no meaningful contribution to bTB control in England could be made by badger ‘culling’. By ignoring the real culprits, the obsession with wiping out wildlife is like stamping out a lit matchbox while the house blazes next to you.

The alarming fact is that political protection often fights against the truth. Rural MPs have tried to tug at your heartstrings in parliamentary debate with tearful descriptions of farmers’ suffering in losing cattle to bTB, but they neglect to mention that many farmers would send those very same cows to slaughter as soon as their profitability drops. The tears are for lost profits, not lost animals.

Recently, Professor Rosie Woodroffe, a wildlife expert at the Zoological Society of London (ZSL), said that the government risked losing the trust of public and experts by the way it used evidence on the role of badgers in the spread of bTB. She told a scientific symposium, “When evidence is being cherry-picked and presented in the best possible light, it ceases to be evidence. It is fake science.”

This fakery is promoted by use of the word ‘cull’ – which implies the killing of sick animals. The reality is that most badgers that are killed are not sick, do not have TB and are not culled, but in reality are needlessly slaughtered. However, the actual number of sick badgers killed isn’t known, because nobody actually tests them to see if they have the disease. Another inconvenient truth!

In 2013, a Government minister made the infamous gaff that “badgers moved the goalposts”, when asked why shooters failed to kill the targeted quota. It isn’t the badgers who are moving the goalposts! Many scientists are concerned that Defra, the government department responsible, has changed the way it assesses badger numbers in the designated kill areas and how it assesses the minimum kill quota. It seems it’s no longer about controlling disease, but setting a figure that shooters can achieve more realistically. 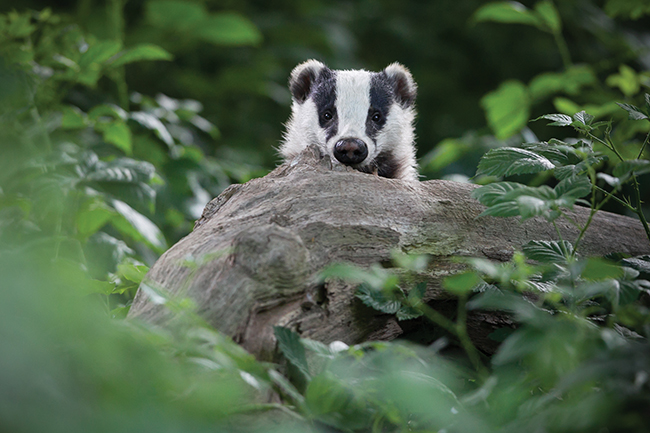 Some 10,000 badgers were killed last autumn alone, as more areas were included in the slaughter. Now, there are growing calls from some in the Welsh farming industry for Wales to start ‘culling’ again, despite bTB in Wales falling by 14 per cent in the last 12 months – without killing a single badger.Ignoring the science

The Government continues to be stung by criticism, with over 100,000 people recently signing a petition calling for an end to badger ‘culling’. In response, Environment minister George Eustice suggested that badgers might be infected with “something like a herpes virus” to help stop them spreading bovine tuberculous to cattle. What this kind of claim contributes to is the belief that badgers are the primary vector for spreading bTB, when they play a minimal role – only about 5.7 per cent of TB outbreaks can be attributed to badgers. Vaccination mostly helps prevent badgers from catching the disease from cattle and not the other way around.

Newport West MP, Paul Flynn, said in a recent parliamentary debate, “The present government have a long record of appeasing farmers. Everything farmers want, farmers normally get from this government, however unreasonable their demands might be.” The irony, of course, is that farmers are being sold a lemon.

BTB is spread largely from cattle to cattle. The farming industry’s lax attention to bio-security and cattle movements has caused the spread,
not the badgers.

In the past, many farmers have treated bio-security with contempt. In 2011, Viva! investigated Welsh livestock markets where cattle are bought and sold and transported across the country. In one area, 97 per cent of visitors ignored bio-security measures such as disinfectant foot dips. One Animal Health Official admitted she was left “seething” after tested and untested animals were allowed to mix extensively. Even tests themselves are often inaccurate, allowing diseased cattle to re-infect their own herd or other herds when they’re transported to other farms. Of course, bTB is a persistent problem, because the real causes are not explored.

The decision to extend badger culls to five new areas of England is projected to cost the taxpayer an extra £100 million by 2020. Do we really want to foot the cost for a cruel and anti-scientific policy? 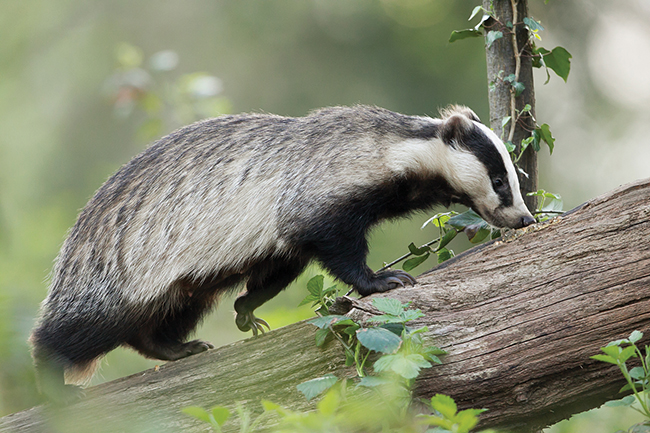 It has been suggested that politicians are not putting enough effort into making bio-security compulsory and inflicting meaningful punishment on those who show contempt for the law. The old expression is “don’t hold your breath”, but where politicians fail, consumers have the power to bring about change.

Viva! is working hard fighting the ‘cull’ by focusing on the elephant in the room – the dairy industry and its primary role in spreading bTB. This is the real issue. A dairy cow’s babies are taken from her so humans can have her milk. Made pregnant again, she has to feed herself, her foetus and produce up to 120 pints of milk a day. Dairy cows are constantly diseased and exhausted, both physically and emotionally. Is it any surprise that their immune systems are in shreds and disease runs rampant – and not just bTB.

Every pint of dairy milk that’s drunk, every piece of cheese that’s eaten, helps to drive the killing of badgers. That is why we have remained firm in our conviction that the only ethical response to this wanton destruction of wildlife is to go vegan. Encouragingly, many people are doing just that and have told us that they have dumped dairy to help badgers.

Viva! is a charity working to promote veganism and to end animal suffering. Justin Kerswell is Campaigns Manager and Deputy Director for Viva! www.viva.org.uk