Over 60,000 dogs are used annually in experiments at labs across the USA

The Humane Society of the United States has revealed the results of its undercover investigation at an animal testing laboratory where thousands of dogs are killed every year. 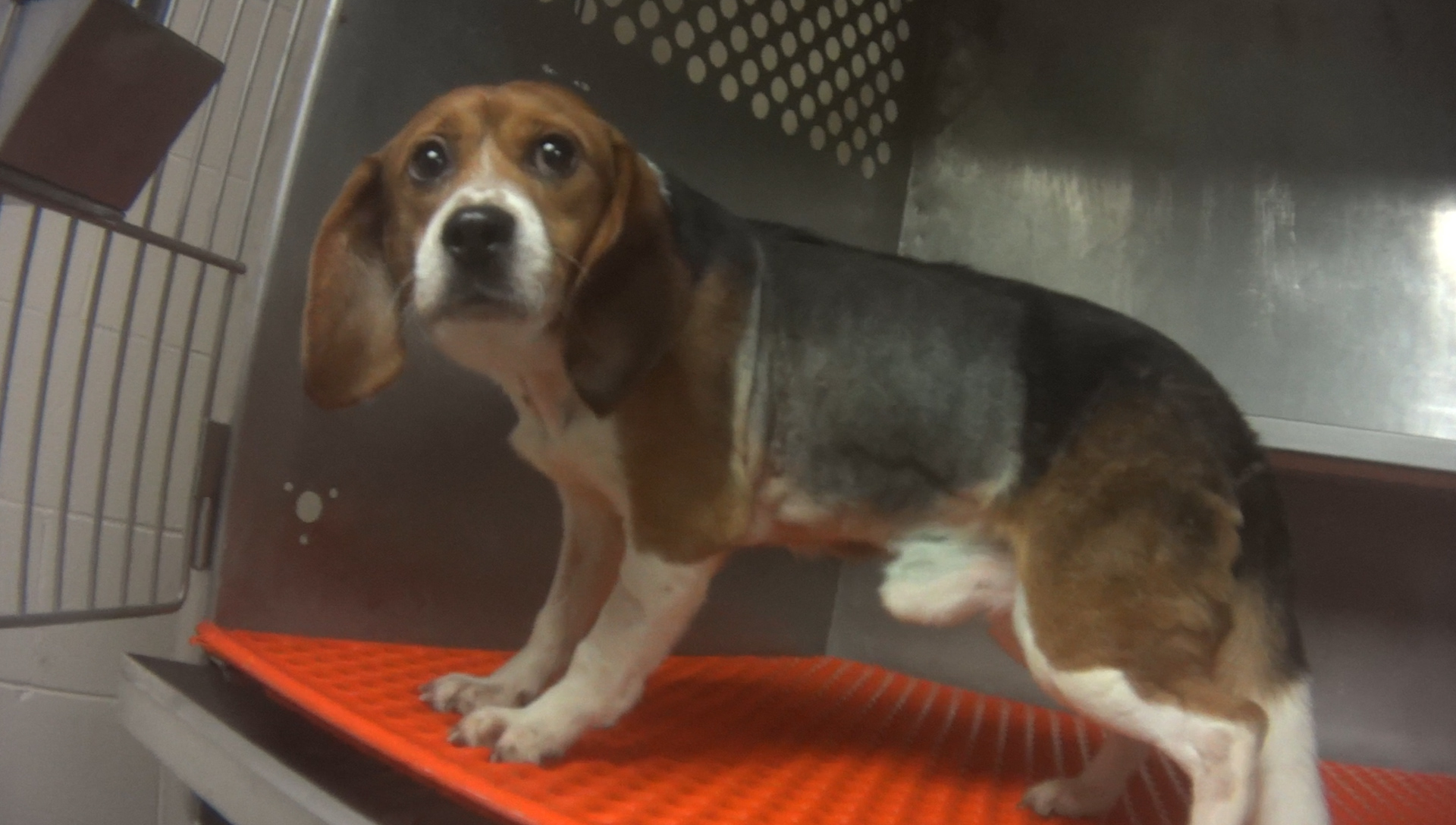 This is one of twenty-one beagles killed in a test of two substances that have been on the market for years. The two drugs were infused into the beagles’ lung areas after they were surgically opened to expose the area. The study was sponsored by Paredox Therapeutics which was supported by the University of Vermont with a $1.366 million grant. Credit: The HSUS

The Humane Society of the United States has uncovered the enormous and shocking treatment suffered by beagles and hounds used in toxicity tests for pesticides, drugs, dental implants and other products.

In order to reveal the immense cruelty many animals still endure in order to create many of the products we use, a HSUS investigator spent nearly 100 days documenting nearly two dozen short-term and long-term experiments that involved tests on dogs.

The investigator saw dogs killed at the end of studies after months of suffering, including 36 gentle beagles being tested for Corteva Agriscience™, the Agriculture Division of DowDuPont.

Corteva Agriscience™ commissioned this laboratory to force-feed a fungicide to beagles for a year, with some dogs being subjected to very high doses – so high that up to four capsules had to be shoved down their throats. Those who survive until the designated end date of the study in July will be killed.

Dow has publicly acknowledged that this one-year test is scientifically unnecessary. The United States government eliminated this test as a requirement more than 10 years ago and nearly all countries throughout the world have followed suit through efforts that have been led by Humane Society International in cooperation with members of the industry, including Dow. 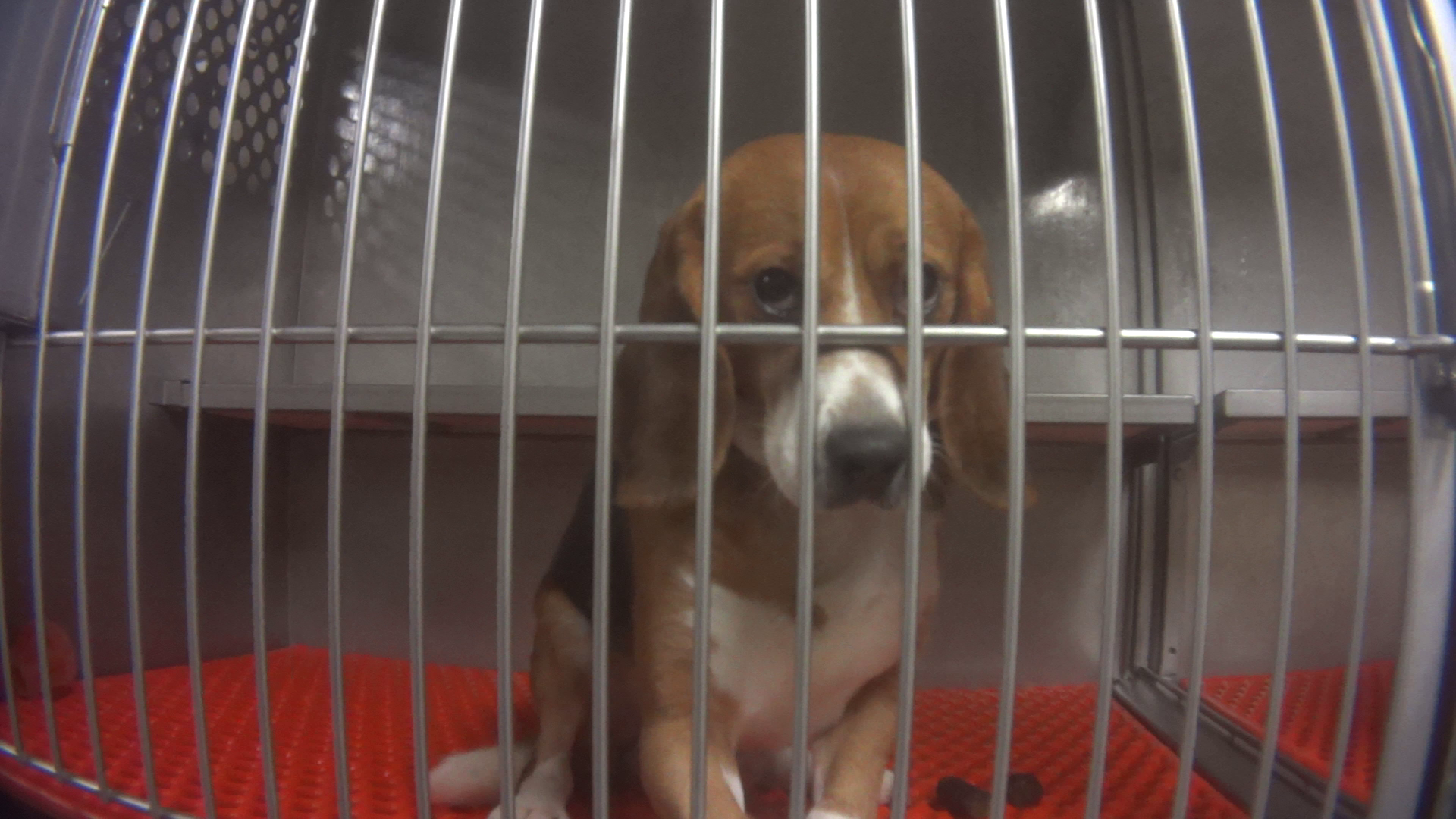 Harvey, the only dog used in the lethal Paredox Therapeutics study who was given a name by staff, sits In his stainless steel cage. The orange flooring often traps beagles’ toes in the small openings, causing extreme pain and swelling. Credit: The HSUS

The Humane Society of the United States shared its findings with Dow and has been negotiating with the company in hopes of securing the release of the 36 dogs in their study.

“The disturbing findings at this facility are sadly not unique. Experiments are happening at hundreds of laboratories each year throughout the United States, with more than 60,000 dogs suffering. But that does not have to be the fate for these 36 beagles. For months we have been urging Dow to end the unnecessary test and release the dogs to us. We have gone to considerable lengths to assist the company in doing so, but we simply cannot wait any longer; every single day these caged dogs are being poisoned and are one day closer to being killed. We must turn to the public to join us in urging Dow to stop the test immediately and to work with us to get these dogs into suitable homes.”

This investigation was carried out at Charles River Laboratories in Michigan and is just a snapshot of what is going on in the U.S. including at for-profit companies, government facilities and universities for various testing and research purposes. The dogs are often provided by commercial breeders — one of which, Marshall BioResources had more than 22,000 dogs at one facility in June 2018. 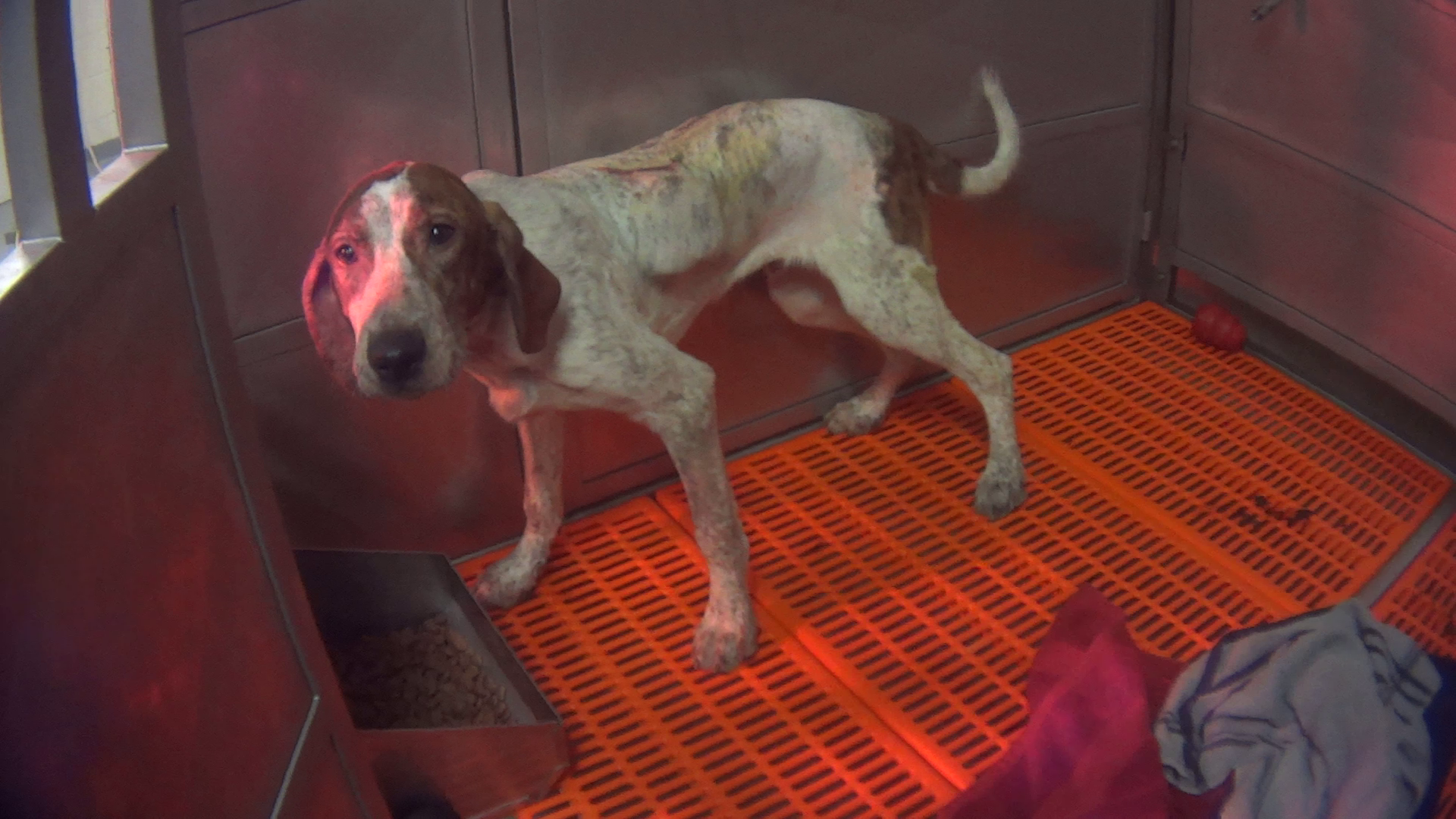 This shy hound endured painful implant surgery of a drug-delivery device only to be killed days later. The study was sponsored by Above and Beyond NB,LLC of Atlanta, GA. Credit: The HSUS

Beagles are used in testing because of their docile nature, despite scientific studies showing that more than 95 per cent of drugs fail in humans, even after what appear to be promising results in animals. The Humane Society of the United States is seeking to replace dogs and other animals with more effective non-animal approaches that will better serve humans.

“It is our obligation to tell the stories of the animals and move science, policy and corporate ethics into the 21st century,” Block added.

UPDATE (14th March) to include a revises statement from The HSUS:

Corteva Agriscience™ (referred to in our investigation report) is the Agriculture Division of DowDuPont but it is Dow AgroSciences and not Corteva that commissioned the test. Dow is trying to distance its well-known name from this unnecessary test. The HSUS stands by its naming of Dow AgroSciences as responsible for the test which will result in the deaths of 36 beagles by July 2019 if they are not released to the HSUS.”