An elephant hospital has opened in India to provide much needed medical care to rescued animals. 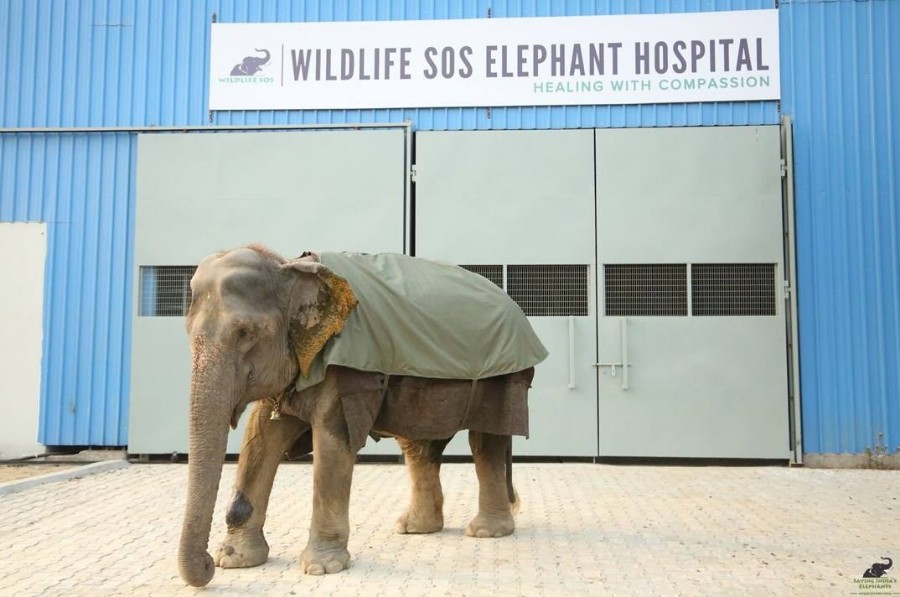 In late 2018, India opened the doors to its very first elephant hospital. This special medical centre was established by the animal welfare group Wildlife SOS, a non-profit organization founded in 1995 that rescues wild animals throughout India. The group aims to help as many animals in need; and over the years they have rescued many bears, leopards, turtles, and of course elephants.

Since 2008 the non-profit has already saved a total of 26 elephants from the most heart-wrenching conditions. These animals are usually confiscated from cruel tourist attractions such as circuses, temples, elephant riding camps, and private owners. Wildlife SOS currently runs two elephant sanctuaries in India: the Elephant Conservation and Care Centre in Mathura, and the Elephant Rescue Centre in Yamunanagar.

The elephants which are rescued by Wildlife SOS are seized from horrific conditions and situations of extreme neglect, which means that they usually suffer from many different medical issues. This is why the organization was in such dire need of an elephant hospital, to be able to provide the much needed medical care to the rescued animals. 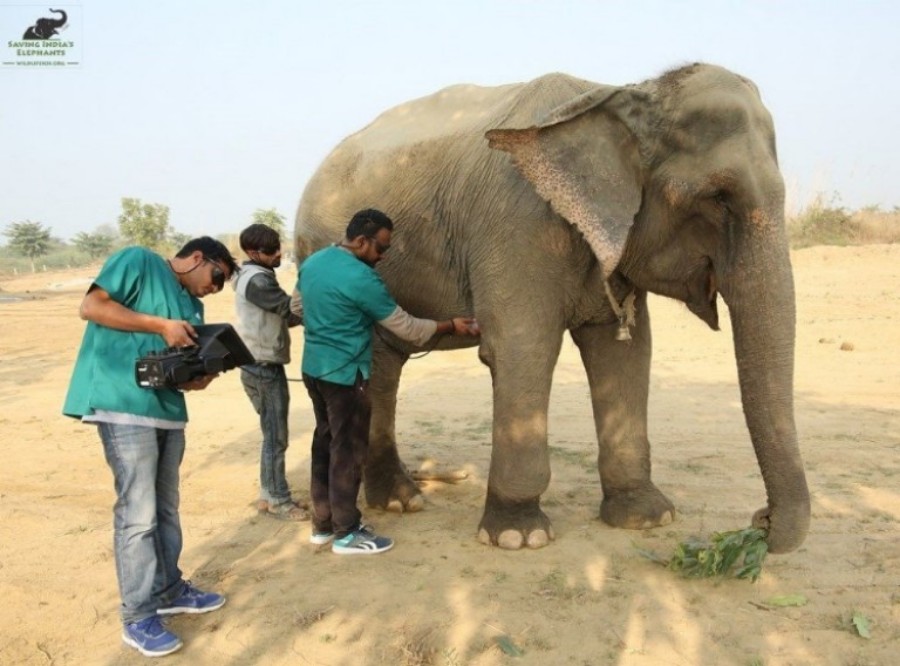 When confiscated animals are first brought to the elephant hospital they get a thorough evaluation by one of the centre’s veterinarians. Most of the animals are in very poor physical condition due to years of abuse and improper nutrition, and their bodies are very withered. With this in mind the Wildlife SOS elephant hospital has been specially designed to treat injured, sick, and geriatric elephants.

To best serve its patients, the hospital has wireless digital radiology, ultrasound, laser therapy, an in-house pathology lab, and a medical hoist for comfortably lifting disabled elephants and moving them around the treatment area. For regular check-ups as well as speciality treatments there is also a jumbo-sized digital weight scale, laboratory testing capabilities, and a hydrotherapy pool.

The Wildlife SOS Elephant Hospital also has portable X-ray machines, ultrasound machines, and specialized foot-care tools. Since certain medical procedures and treatments require overnight observation, the hospital is equipped with special quarters for this purpose with infrared cameras for veterinarians to observe the elephant patients. 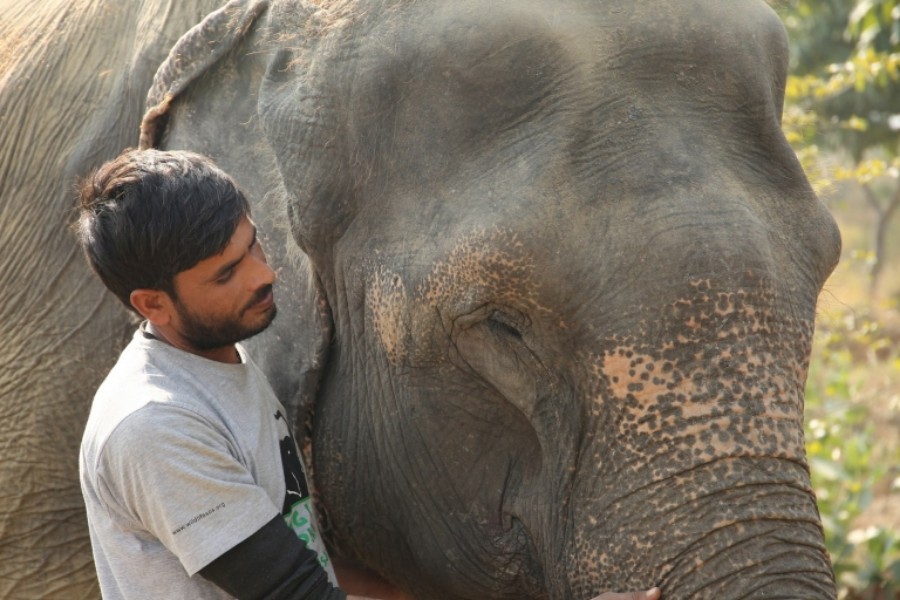 One of the hospital’s current patients is an adorable female elephant named Holly. She is a former street riding elephant who was confiscated from a private owner. Holly is completely blind in both eyes, and when she was rescued her body was covered with chronic untreated abscesses. Due to being forced to walk on hot tarred roads for so many years Holly developed several medical issues, including infected feet which were untreated and terribly painful. After so many years of malnutrition she also has inflammation and arthritis in her back legs.

Holly is now getting the medical care that she needs at the hospital. The veterinary team is treating her arthritis with cold laser therapy, and she is also receiving therapeutic ultrasonography. The veterinarians also tend to her abscessed wounds daily so that they can heal completely, and she now gets regular treatments with special antibiotic ointments to prevent infection. Holly is getting the proper nutrition with lots of fruits to eat, and her favourites are bananas and papayas! 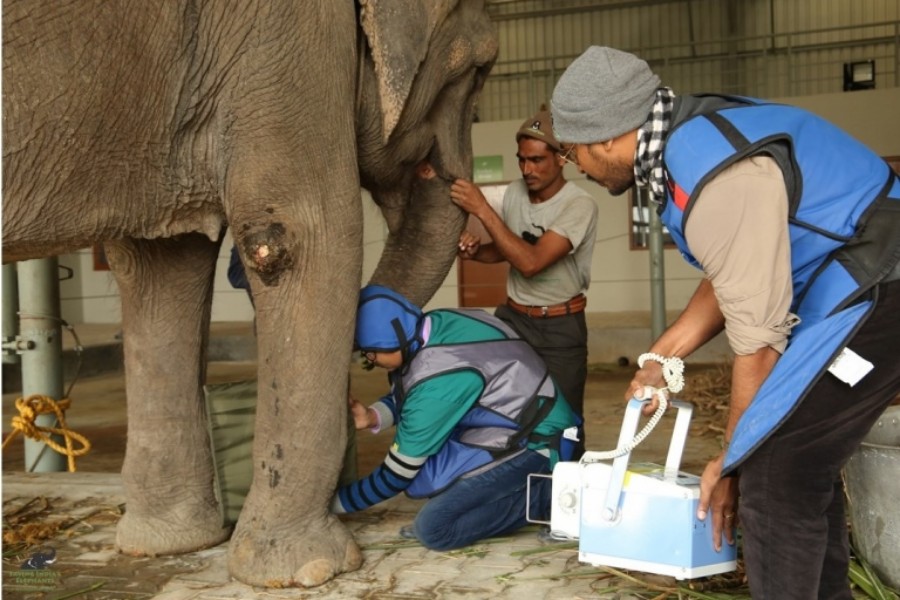 It is so heartwarming to see that these rescued elephants are in nurturing hands at the Wildlife SOS elephant hospital. These precious animals have been through unspeakable pain in their former lives, but all of that is in the past. Now finally at this specialized medical center, these gentle giants can receive proper treatment and rehabilitation, along with a lifetime of loving care.

Dobi Finley writes to bring more awareness to the plight of animals worldwide and to shine a light on the individuals and nonprofits who are on the front-lines every day fighting the good fight. With a goal to awaken sleeping hearts towards more compassion for animals, she strives to be a voice for all of those whose stories are yet to be told.