Although fur farming is banned in Britain, it still imports the material from countries including Finland, China, Poland and North America, leaving campaigners calling for a sales ban

Fur has long been a contentious topic, with many animal advocacy organisations fighting to ban fur sales in the UK.

In fact, fur farming is so cruel that even a former industry leader described it as ‘anachronistic, barbaric and unnecessary’.

So how is it produced, and why do people have such strong feelings about fur factory farming?

Despite banning fur farming in 2000, Britain still imports the material, bringing in more than £800 million worth from countries including Finland, China, Poland and North America since then.

In addition, common species trapped and killed in the wild include coyotes and beavers. Disturbingly, these animals are killed using ‘cruel traps that are also banned in the UK’.

Higgins has major welfare concerns when it comes to fur farming.

She said: “It’s just impossible to confine an animal in a small, barren wire cage its whole life without utterly compromising its welfare.

“The fox cages are around a metre squared – like a person being forced to spend their whole life living in a wardrobe.

“And that’s why there has been such compelling veterinary support for an end to fur farming. Fur farms are just as bad as factory farms for pigs and chickens and we all know how depressing those are.”

She added that she has been to several fur farms and seen ‘heart-breaking suffering, scenes that will stay with [her] forever’.

“Looking into the eyes of the foxes and raccoon dogs I saw just broken, empty souls, they were like ghosts of the wild animals they should be,” Higgins recalled.

“I saw baby foxes so small their tiny paws were falling through the wire flooring of the cage, and I looked on in horror at a mink still alive who had been attacked by cage mates and had half its head eaten away.” 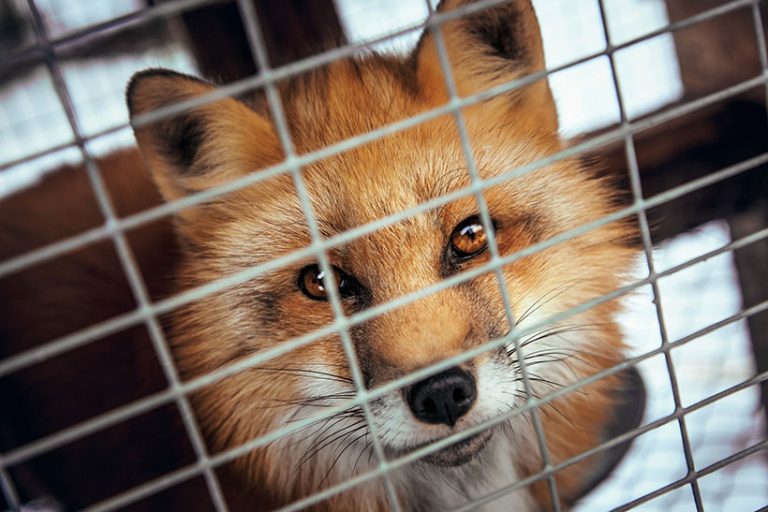 ‘A lot of pain and suffering…and a brutal death’

Joh Vinding is the director/CEO of Anima International, a Danish animal advocacy organisation which chairs the Fur Free Alliance.

This is an international coalition of more than 50 animal protection organisations, based in more than 35 countries, working collaboratively to bring about the end of fur farming and fur trapping, using wholly peaceful means.

He told VF&L: “There are numerous concerns. But in the end, it comes down to the fact that animals kept in the fur industry are inherently unsuited for captivity.

“Mink are semi-aquatic solitary predators, who thrive on a big territory, several km2 in size. They are intensely active when they hunt, play and explore on land and in water.”

He described their lives on fur farms as ‘almost the exact opposite’, saying: “They are housed by the thousands in tiny barren wire cages, and have nothing to do.

“This leads to huge frustration which can manifest itself in pacing, fur chewing, cage biting and other signs of huge psychological stress for the animals.

“Fighting is also common and can lead to terrible injuries and even cannibalism.

“A Norwegian fur farmer admitted some years ago in the documentary Inside Fur that the industry has a period in its production cycle, which it calls the ‘cannibalism season’.

“So there’s just a lot of pain and suffering for every species that must endure a caged life, and a brutal death to be turned into fur products.”

Enjoying these articles? Add these to your reading list to read next!

The Norwegian farmer is not the only industry member to open up on welfare issues: former industry insider Mike Moser was CEO of the British Fur Trade Association for six years before he resigned.

After a decade in the business, visiting fur farms across the globe, he described the industry as ‘anachronistic, barbaric and unnecessary’.

Moser added: “It’s a big U-turn for me, but it’s OK to change your mind and I would implore people who are considering buying fur to change their minds.”

HSI’s Wendy Higgins is as resolute that fur sales must be banned, saying other measures – like fur industry assurance schemes – are just ‘window dressing’.

“They still allow cruel caging and trapping methods including leg hold and drowning traps, both banned in the UK,” she said. 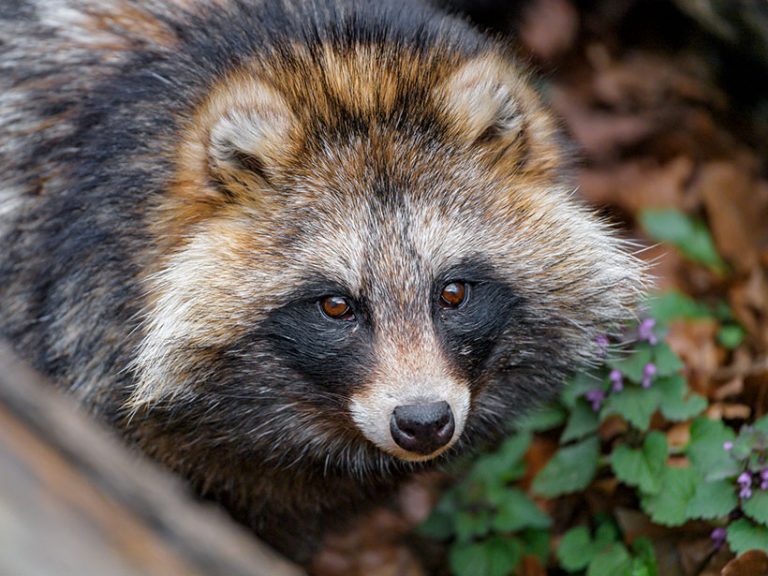 The issues with fur farming don’t stop with animal welfare. According to HSI, fur farms can pose a public health risk.

Higgins said the cramped and unhygienic conditions make them ideal virus factories where novel pathogens can emerge and spread.

She added: “We now have irrefutable scientific evidence of the role that fur farms can play in acting as reservoirs for deadly diseases including coronaviruses.

“There have now been over 440 outbreaks of COVID-19 on mink fur farms across Europe and North America, including in Denmark, the Netherlands, Sweden, Italy and most recently Greece, Spain and Poland.”

A risk assessment conducted by the World Health Organisation, the Food and Agriculture Organization, and the World Organisation for Animal health, concluded that there is a ‘high risk of COVID-19 being introduced and spread to humans through fur farms’.

Fur factory farming: how you can help

There are actions people can take to help animals farmed for their fur.

Joh Vinding said: “When we act as citizens and consumers we can all do a lot to help make fur history.

“We need political leaders to ban the production and sale of fur, as many countries and states have already done.

“So do let your political representative know that you want them to act on this issue. You can maybe consult Fur Free Alliance’s website to see all the countries that have already acted.”

He said the ‘same goes for the companies we buy our clothes from’, adding: “Fur free is quickly becoming the norm, exactly because companies know that fur is unacceptable to most consumers.

“So if you see a company that still uses fur, why not urge them to give it up and instead become a fur-free retailer. As of now, 1572 brands have already made that decision, so they’ll be in good company.”

She said: “We have more than 1 million signatures so far, and every single signature counts to help us persuade the government to ban this trade for good.

“You can also help us by sharing our content on social media and spreading the word, it really does make a difference.

“Never buy or wear fur, and if you see real fur being sold as fake fur online or in the shop, let HSI/UK know so that we can investigate.”

While most people are aware of factory farming, the scale of duck farms in Britain might surprise you.

Uncover the horrifying truths as we explore behind the doors at Britain’s duck farms.