A diet to die for: How farming is destroying our environment

Tony Wardle from Viva! looks at how sustainable our relentless pursuit of tearing down forests, draining wetlands and turning our land into an animal feeding frenzy can be for the environment… 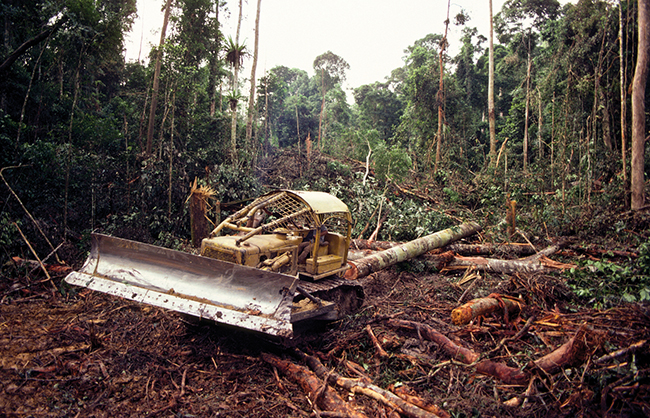 Have you ever had a eureka moment, when you’ve been smacked around the ear so hard by a blinding truth that stays with you forever? Mine was on the 9.35am from Weybridge to Waterloo in about 1970 when working in Fleet Street.

It was an article in The Guardian entitled Spaceship Earth and it compared our planet to a spaceship with its finite resources, limited food and drinkable water, oxygen supply and waste control. We were, it stressed, living unsustainably and it turned me from a journalist into a campaigning journalist.

It wasn’t until a couple of decades later that I slotted the last piece of the jigsaw into place, with the discovery that of all the threats to the global environment, livestock for meat and dairy are almost certainly the greatest.

Proof had been piling up for years, but the tipping point came in 2006 with the publication of a report called Livestock’s Long Shadow by the UN FAO (Food & Agriculture Organisation). Book-sized with over 600 references, what particularly got meat producers gnashing their teeth was their feeling of having been betrayed. It had been written by one of their own, the Animal Health Division, whose role had always been to help promote meat and dairy production. The science showed that livestock are at the heart of almost all the world’s great environmental catastrophes.

Efficiency is the watch word of governments and yet, bizarrely, they wholeheartedly support and subsidise the most inefficient form of food production ever devised. It can take as much as 17kg of good-quality vegetable protein to produce just 1kg of beef protein. It reduces with other animals, but even with the lowes – chickens and other poultry – it is still about 5:1. And it’s from this that most environmental problems spring. 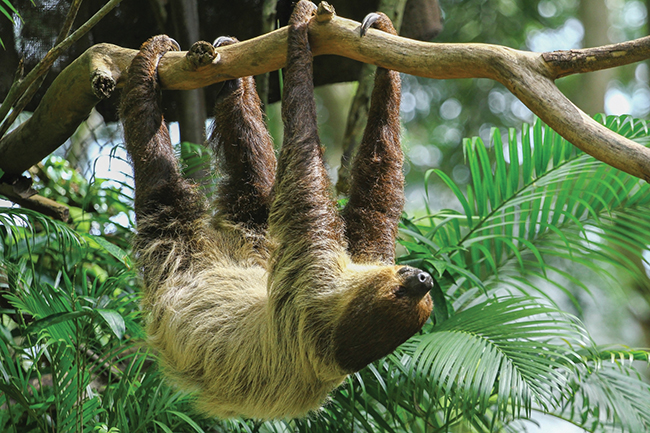 Nature in the balance

Some 75 per cent of the world’s agricultural land is used for animals – either for grazing or increasingly to grow fodder to feed to them in factory farms. But it’s still not enough and wetlands are being drained, wild places destroyed and forests felled to provide more land for a food that we would be healthier without.

Over the last few decades people haven’t stopped talking about deforestation, but the trees keep falling at an alarming rate. Of all the cleared Amazon forest land, nearly three-quarters is used for grazing cattle and the remainder is used to grow soya beans to feed to pigs and poultry, mostly. Europe imports 16 million tonnes of soya from this region alone (and more from elsewhere) and so every rasher of bacon, sausage and chicken nugget contributes directly to destroying forests everywhere.

The very nature of the great forests is amazing, with different plants and animals occupying different levels – forest floor, the middle shaded area and the canopy, high up in the sunlight. Here is nature in perfect balance as every leaf, twig, branch and tree that falls to the forest floor; every dribble of  urine and dollop of poo; every dead animal is eaten or composted and absorbed into the soil, which then feeds the trees in a never-ending cycle of replenishment.

I have spent time there and they are remarkable places. Kick over a stone and you might see a little worm-like snake appear – a banded coral snake, deadly poisonous, but too small to bite you. You might see a sloth hanging beneath a branch with a baby holding on to her fur. Or you might hear a terrifying roar that chills your blood, but discover it is only a troupe of little howler monkeys who, if you go too close, will poo into their hands and throw it at you with incredible accuracy. 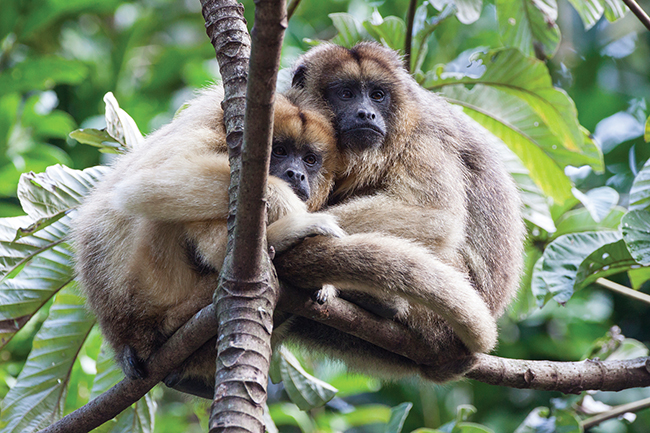 Most of the planet’s plant and wild animal species are concentrated in these places and as the trees disappear so do they – at a rate 100-1,000 times faster than is natural, according to fossil records. The greatest threat is the rasping buzz that heralds the chain saws.

The soil on cleared rain forest land is shallow as tree roots remain near the surface where all the nutrients reside so, when farmed, it quickly degenerates, requiring huge inputs of fertilisers before remorselessly turning to desert.

Impoverished nations of the world, such as Ethiopia, Somalia and Eritrea, are all struggling with the effects of over grazing by animals, whose meat will go to affluent markets. In these arid and semi-arid regions of the world, agricultural land has degraded by 73 per cent, but even in wealthy nations such as ours, it has degraded by 49 per cent and animal agriculture carries most of the blame.

We are farming destructively and unsustainably, and the United States is in particular trouble as huge reservoirs such as Lake Mead reach their lowest levels in history and the massive underground Ogallala aquifer is running on empty. Again, animal farmers are mostly responsible, using around 440 gallons of water to provide a pound of beef, while vegetables require just 20-30 gallons per pound. It is predicted that by 2025, 64 per cent of the world’s population will be water stressed – one third of them in absolute water scarcity.

Reports on deadly antibiotic-resistant superbugs keep pouring out and we are running out of these vital drugs, heralding a return to pre-war days, when infections killed millions of people, and all surgery will carry huge risks. Fingers of blame are pointed everywhere but at the real culprits – animal producers.  Sixty per cent of antibiotics worldwide are given to farmed animals, which is why the new strains of superbugs have arrived via this route. 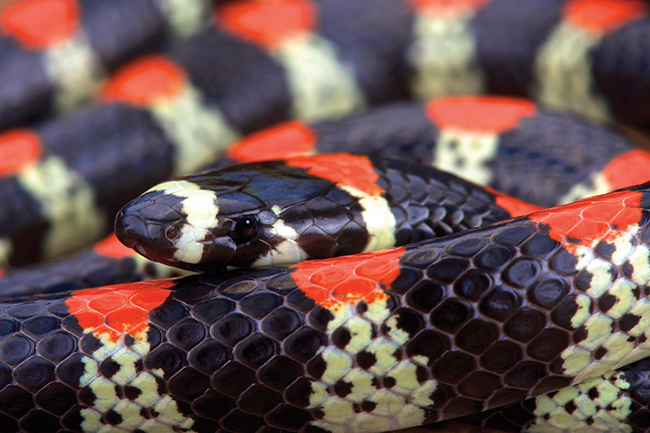 And then, of course, there is global warming. Our government went into overdrive about air travel and imposed an environmental tax on it. Was this the greatest producer of greenhouse gases (GHG)? Not likely! Aircraft produce 3.5 per cent, while meat and dairy are responsible for 18 per cent, more than all the world’s transport combined – trains, boats, planes, cars and lorries.

Tony Wardle is the associate director of Viva! and author of their environment report Diet of Disaster. www.viva.org.uk