Death in the outback: The hidden kangaroo killing industry 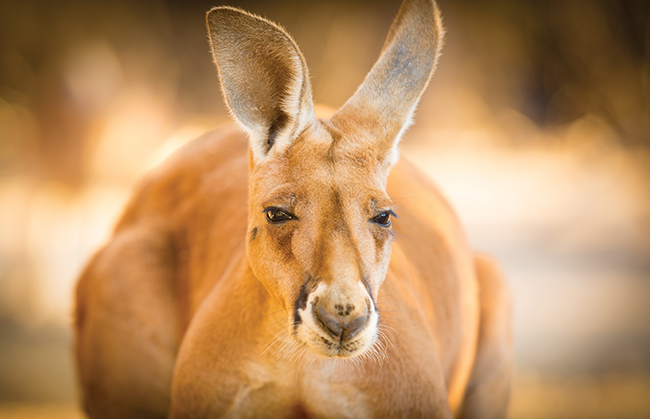 If you were to find yourself in the depths of Australia’s beautiful, vast Outback at dusk, you might be shocked out of your reverie by an unexpected sound – the crack of a rifle. Often many hours away from the nearest town, kangaroos are hunted in what is the largest massacre of land-based wild animals on the planet today.

Perhaps surprisingly, this bloody trade in wildlife is partly driven by British retailers keen to sell consumers ‘novelty meat’. Yet, as with all supermarket meat products, the packaging doesn’t even begin to tell the whole story.

Kangaroos are not farmed. They simply can’t be, because they find it so stressful that their muscles literally waste away. They are shot at from the back of trucks in the wild. Many kangaroos are miss-shot and have their jaws or arms blasted off. Females will often have a baby joey in pouch and an adolescent at foot. The babies are pulled from their dying mother’s pouch and brained or decapitated. The older young are meant to be shot, but many escape to fall victim to predators without the protection of their mothers. Neither of these young animals are even used by the industry, but are simply discarded as trash. Some estimates put the number of these dependent young killed and dumped at over one million a year.

6.8 million kangaroos were earmarked for slaughter in 2015 (latest available figures). Since 2001 (compared to 2015) there has been an overall drop of 12,577,598 kangaroos in the areas where they are hunted – according to the Australian government’s own figures.

Although often called a ‘cull’, the annual slaughter of kangaroos is not about removing sick or weak animals. Because it is commercially driven, shooters tend to target the largest kangaroos as they yield the most meat and leather. This taking of mature animals has a devastating effect on mobs of kangaroos and can remove healthy genetic lines that are needed to ensure future generations thrive. 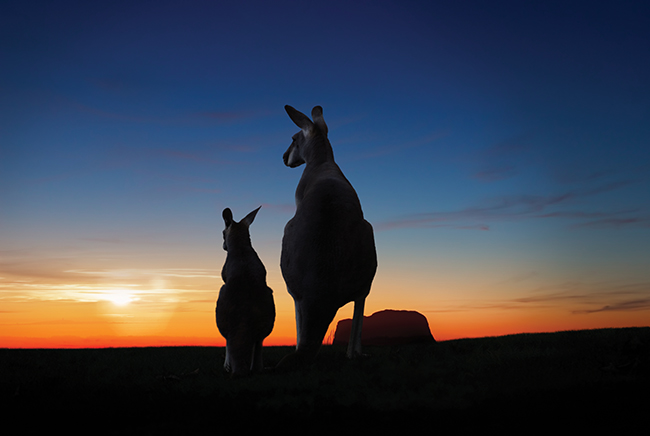 After a decade of campaigning, Viva! persuaded football giants Adidas and Nike to phase out kangaroo leather from their lines of soccer boots in 2010-2011. In the late 1990s, our campaigns saw kangaroo meat removed from British supermarket shelves. However, in recent times there has been another push to consumers. In the past few years, we have persuaded Morrisons, Tesco and Sainsbury’s to drop it after brief dalliances. Lidl have sold kangaroo meat for short periods. However, fellow budget chain Iceland is now boasting a new permanent line of speciality meat and game – including kangaroo, venison, ostrich, buffalo and crocodile. It is not uncommon for businesses to try out novelties like this to boost sales – but for these animals the consequences can be devastating.

It is also ironic that some UK retailers are trying to justify selling kangaroo meat as a ‘green alternative’, considering the sizeable greenhouse gases generated by transporting it literally from one side of the Earth to the other. Hard-hoofed animals such as sheep and cattle destroy the fragile ground soil in many parts of Australia, but that does not mean plundering a native species is a sensible alternative.

The idea that kangaroo meat is a healthy option has also been widely debunked. Sellers in the UK often claim their suppliers “…process the meat in EU-approved facilities that ensure the highest standards of food safety and hygiene.” However, this ignores the actual killing and initial butchering of the animals, which happens where they are shot in the heat and the scrub of the Outback. In June 2017, a kangaroo meat processing plant in Australia was closed because of food safety fears. A recent report in the Australian press said that investigations found numerous failures in basic hygiene by the NSW kangaroo meat industry. This led Australian MP John Kaye to say: “This so-called healthy alternative to other red meats could be riddled with pathogens.” Indeed Russia has a continuing ban on kangaroo meat because of unacceptably high levels of E.coli bacteria. 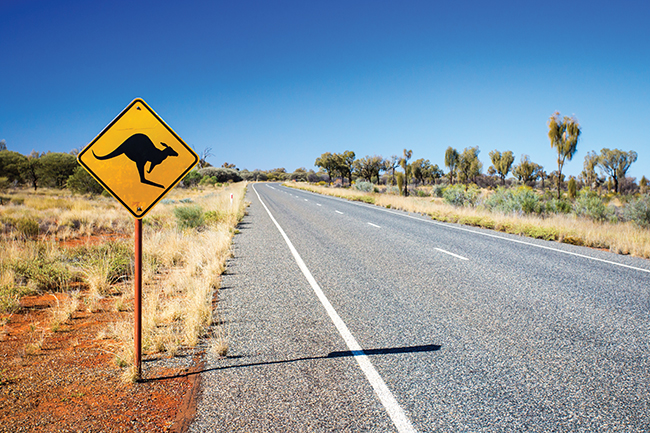 It can also be a source of food-borne toxoplasmosis caused by eating raw/undercooked meat containing parasitic cysts, which can be a danger especially to pregnant women. Because kangaroo meat is often undercooked (due to low fat content) this can heighten the risk of infection. Worryingly, the British government has confirmed that there are no checks on kangaroo meat by British authorities and that they rely on testing in Australia before the meat is exported. And this is despite Australia cutting back on monitoring of food related illnesses.

We often get asked why we choose to campaign for kangaroos over, say, chickens. The answer is, we don’t. Ultimately, we advocate for all animals by promoting veganism and we actively expose conditions for farmed animals in the UK. There are, however, specific issues when you commercialise wildlife and that is nowhere more apparent than with kangaroos. 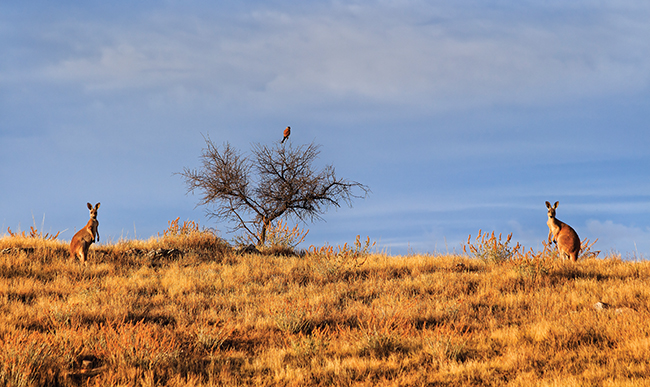 Numbers of farmed animals are tightly controlled and dictated by demand. However, the populations of truly wild animals such as kangaroos can fluctuate wildly for a variety of reasons, including drought, disease and over-hunting. A market needs supply. A growing market needs an ever increasing supply. Although the Australian government says it tightly monitors numbers, it is really just guesswork. The bottom line is that when you commercialise wildlife in this way, you sign their death warrant. Australia has the world’s worst record for extinctions in modern times – with a number of kangaroo species now gone forever. Localised extinctions of some kangaroo populations have already been reported in certain areas of the country.

That’s why we support wildlife groups in Australia fighting the unsustainable and cruel trade in kangaroo meat and skins. This does not detract from any other campaign, in fact we emphasise again that it acts to bring in new people to the concept of going vegan.

To find out more about Viva!’s ongoing campaigns to help protect kangaroos and to get active visit www.savethekangaroo.com

Viva! is a charity working to promote veganism and to end animal suffering. Justin Kerswell is Campaigns Manager and Deputy Director for Viva!.