After BBC Scotland broadcast a documentary called ‘Disclosure: The Dark Side of Dairy’, major ferry company P&O has announced that it will no longer transport live calves to Europe from Scotland. 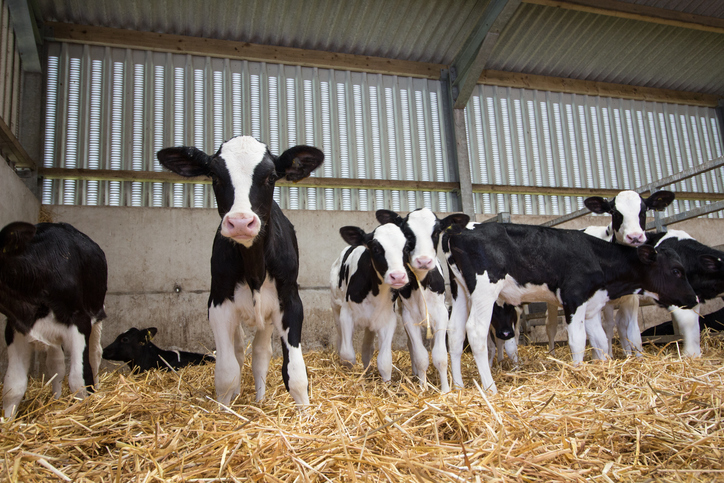 The documentary sought to expose the way male calves (as surplus to the dairy industry) are either shot at birth or transported on long, harmful journeys overseas to be fattened and slaughtered. Learn more about it here.

According to the BBC, around 5,000 calves were shipped from Scotland to Europe last year. Many of them were just three weeks old.

On Tuesday, after the documentary was broadcast, P&O Ferries released a statement, saying: ‘We place the highest priority on animal welfare across all of our routes and were shocked by the scenes in last night’s documentary. We will not hesitate to act decisively and close the account of any customer which breaches our policies in this area.’

Animal welfare group Compassion in World Farming congratulated P&O on its decision, saying: ‘The calves suffer greatly during these long journeys. They are just two to three weeks old and far to young to cope with such protracted transport.’

They continued: ‘P&O’s decision to halt its involvement in this inhumane trade will hopefully halt Scotland’s calf exports. We urge other ferry companies operating from the west coast of Britain to Ireland not to step in to transport these animals.’

Many viewers of the documentary are joining the welfare group in celebrating P&O’s decision. However, Scottish Rural Affairs Minister Mairi Gougeon and NFU Scotland President Andrew McCornick took the opposite stance on the issue.

According to the BBC, Gougeon claimed that the issue of male dairy calves was ‘very complex’ and ‘not a black and white situation.’

Speaking about the documentary, McCornick said: ‘Although the scenes are distressing there is actually no evidence to indicate that the Scottish calves travelling to Northern Ireland, Ireland and continental Europe were subjected to this kind of treatment. The distressing scenes were those of cattle being shipped onto boats, which we have discovered were obtained in Romania and were Hungarian cows.’

He continued: ‘The scenes in the Egyptian slaughterhouse were wholly unacceptable but again, there is no evidence to indicate that these are Scottish cows. […] It is disappointing to learn that P&O Ferries have reviewed their policies following this sensationalized and inaccurate documentary.’

NFU Scotland noted that Scottish farmers will be sending official complaints to the BBC about the standards of their reporting.

However, a spokesperson for BBC Scotland said that: ‘We stand by our journalism. The investigation was neither sensationalist nor inaccurate and has raised issues of public interest.’