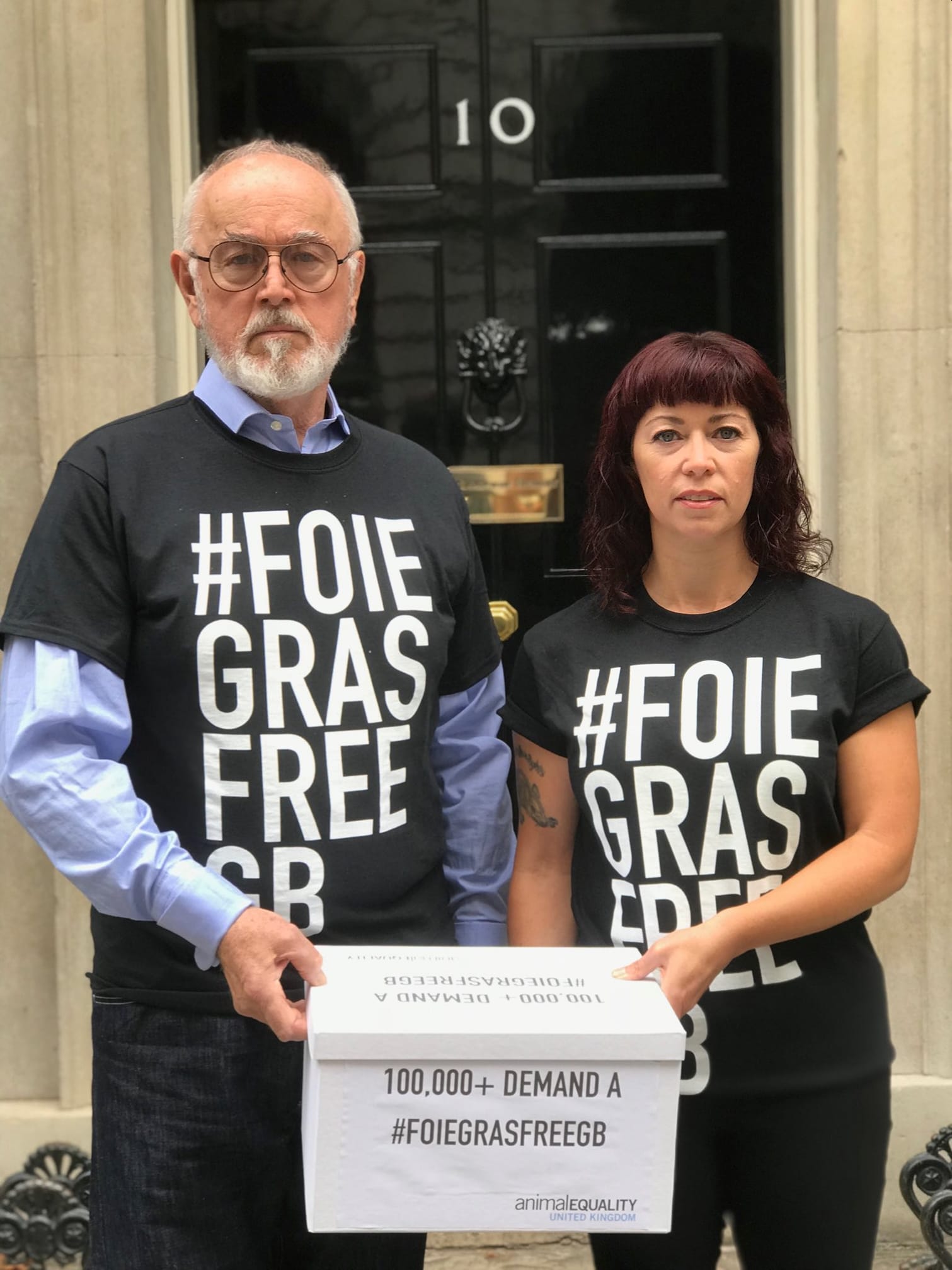 The actor, known for his roles in Downton Abbey and Chariots of Fire, collected signatures as part of an ongoing campaign by international animal protection agency Animal Equality.

After witnessing the horrors of foie gras farms in France and Spain, where ducks and geese are force-fed obscene amounts in order to produce fatty livers, Animal Equality and their supporters are determined to ban imports of foie gras to the UK, post-Brexit.

Foie gras has already been outlawed in the UK on animal welfare grounds, but almost 200 tonnes of foie gras is still imported to the country every year. It is sold by many high-end eateries and retailers like Fortnum & Mason and Harrods. 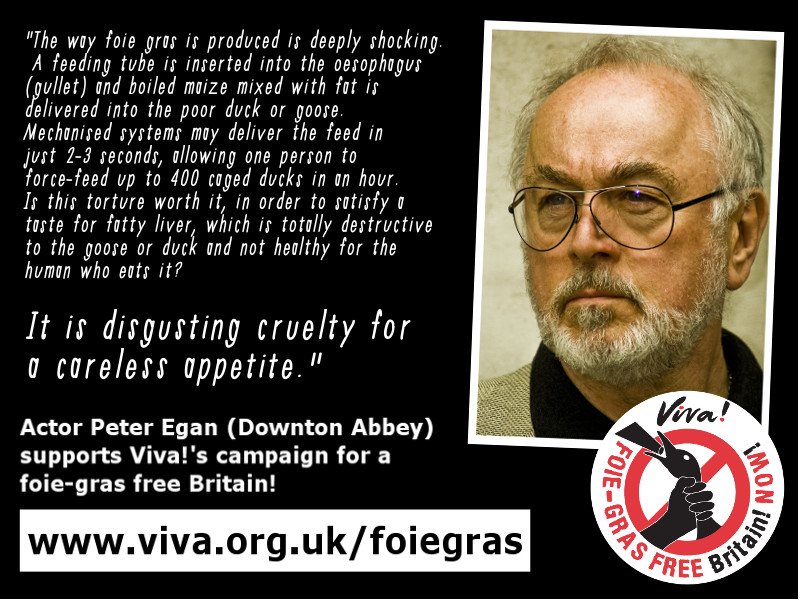 Currently, EU laws prohibit the UK from banning imports from within the Union. However, when the UK leaves the EU the ban will become an option for the first time. This is what the campaigners are pushing for.

Peter Egan is among the celebrity supporters of the campaign. He told Viva!: ‘The way foie gras is produced is deeply shocking. A feeding tube is inserted into the oesophagus (gullet) and boiled maize mixed with fat is delivered into the poor duck or goose. Mechanised systems may deliver the feed in just 2-3 seconds, allowing one person to force-feed up to 400 caged ducks in an hour.’ 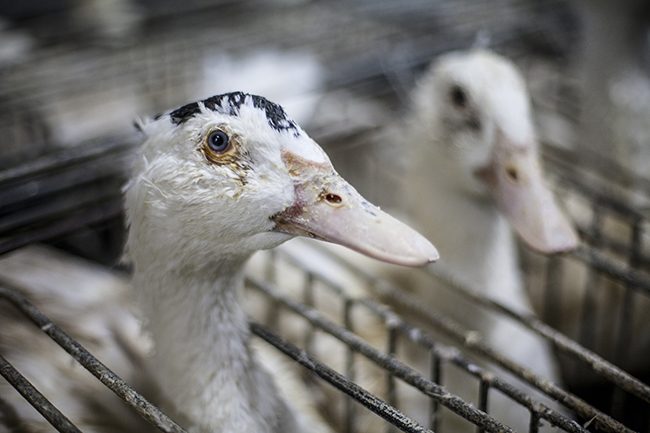 He asked people to consider: ‘Is this torture worth it, in order to satisfy a taste for fatty liver, which is totally destructive to the goose or duck and not healthy for the human who eats it?’ He concluded: ‘It is disgusting cruelty for a careless appetite.’

Speaking of the Animal Equality campaign, he said: ‘We banned its production in the UK because it’s cruel. Now let’s ban the importation of this cruel product. Make the UK foie gras free!’

Find out more about the campaign at www.animalequality.net/node/1020.