Subway, which will be trialling the meaty new vegan options until next month, says it is 'proud' to offer a wide range of plant-based options

The vegan meat options, which will feature on select menus from today until February 15th, are available as a 6-inch and Footlong Sub, as well as a salad or a wrap. 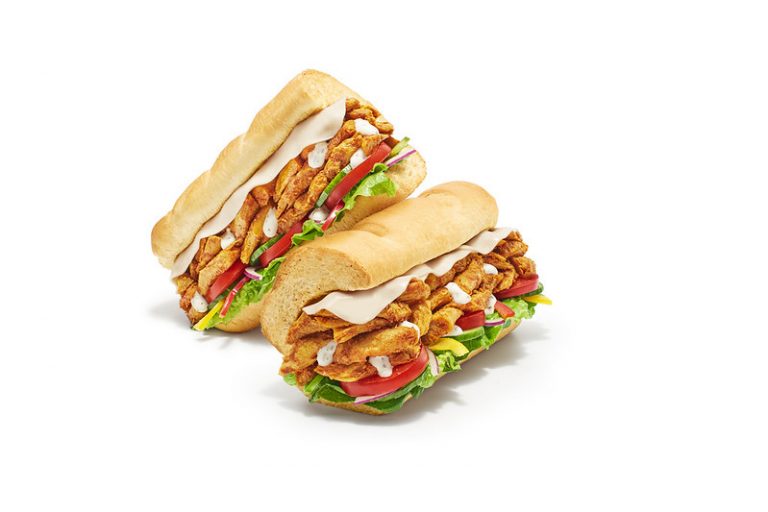 Subway is trialing a vegan chicken tikka sandwich in some of its UK outlets (Photo: Supplied to Vegan Food & Living)

Vegan meat for all

In a statement sent to Vegan Food & Living, Mays Elansari, head of marketing UK & Ireland at Subway said: “Our new plant-based T.L.C. Tikka and T.L.S. taste so delicious that vegans, flexitarians and non-vegans will love them!

“At Subway, we are proud to have one of the have one of the widest and tastiest ranges of plant-based choices on the high street, without any compromise on flavour or taste, to offer our guests even more choice.”

Toni Vernelli, international head of communications & marketing at Veganuary, added: “We’re really pleased that Subway is adding even more plant-based options to their menu this January with the Veganuary special, the T.L.C. Tikka and trial of the T.L.S.

“Having lots of tasty plant-based choices out there for people to try makes eating vegan a little easier and a lot more enjoyable.”

Fancy making your own vegan meat dishes? Take a look at our round-up of top seitan recipes for inspiration.