Who doesn't love a fudgy, chocolatey, decadent brownie? We certainly do! Here are 12 of the best vegan brownies you can make at home.

Brownies. They’re every chocoholics dream. Traditionally made with butter, eggs and milk, they may not seem like the most vegan-friendly dessert out there.

But don’t be deceived, it is possible to make amazing vegan brownies by substituting just a few ingredients.

Eggs can be replaced with a vegan egg substitute like flax or chia seed ‘egg’, while butter and milk can be swapped for dairy-free alternatives such as soya, oat, rice, coconut or almond.

And you don’t even have to skimp on the chocolate to make brownies vegan. There are plenty of vegan chocolate brands such as NOMO, Rhythm 108, HiP, and Ombar as well as vegan versions of traditional dairy chocolate including the Galaxy vegan range.

Moreover, dark chocolate is accidentally vegan and is in our opinion the best kind of chocolate for making brownies due to its rich, intense chocolatey flavour.

So why not pick your favourite vegan brownie recipe and get baking!

Level up your vegan brownies with everyone’s favourite accidentally vegan treat, Oreos. Yes, that’s right – Oreos are vegan and they’re a perfect way to add a crunchy texture to your vegan bakes. 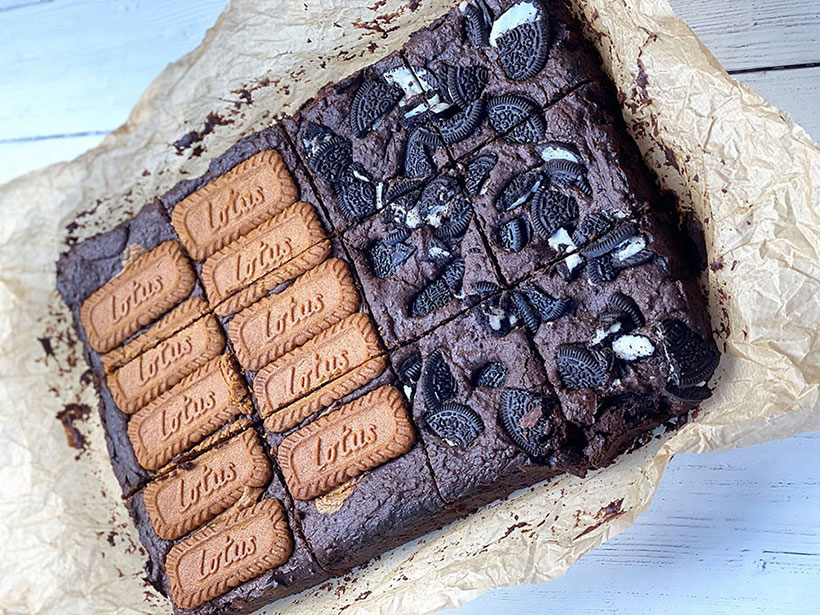 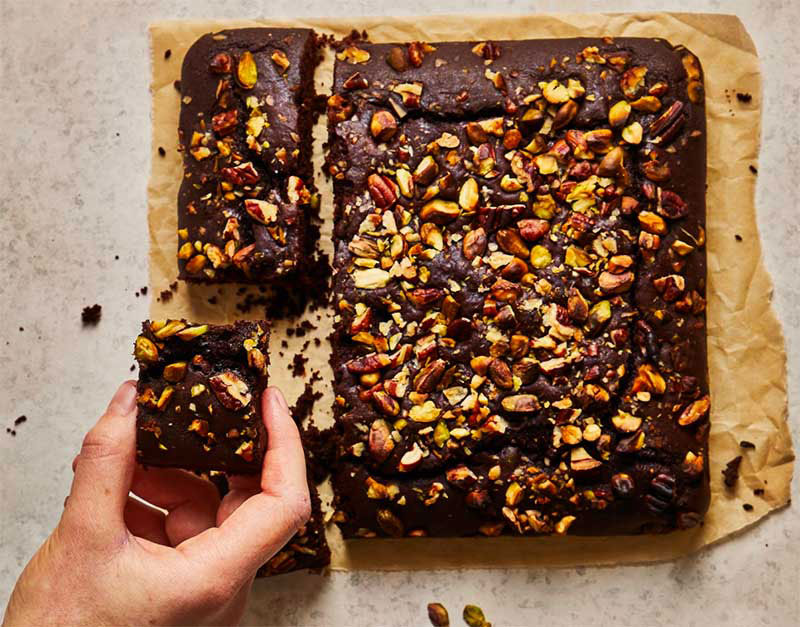 These wickedly moist and chocolatey vegan brownies are swirled with a generous helping of almond butter to give them a delicious twist you won’t be able to resist. Nut butter lovers rejoice! 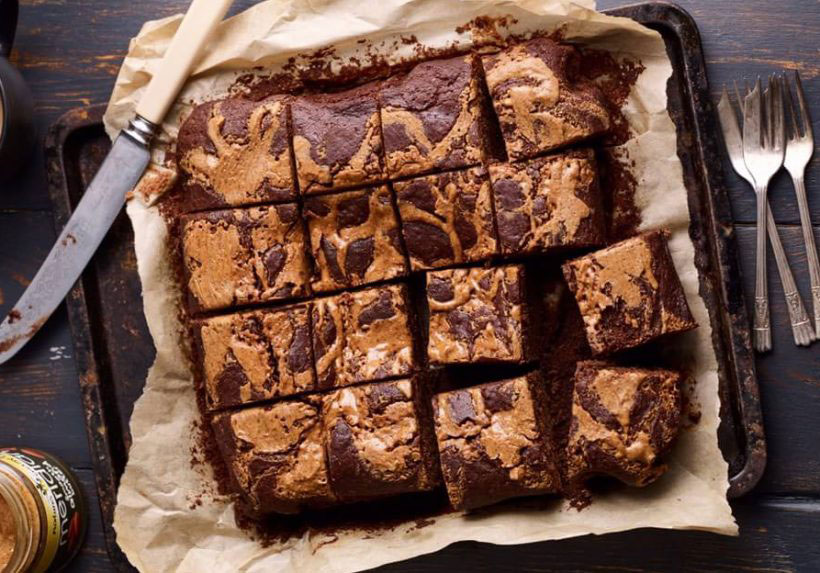 Few things in life are more delicious than a freshly baked brownie with a gooey centre and crisp yet chewy edges.

If that’s got your mouth watering then you need to make this epic vegan skillet brownie recipe. With its soft middle and crispy outside, eating this is like enjoying a pan of brownies all by yourself with no arguing over who gets the corner pieces! 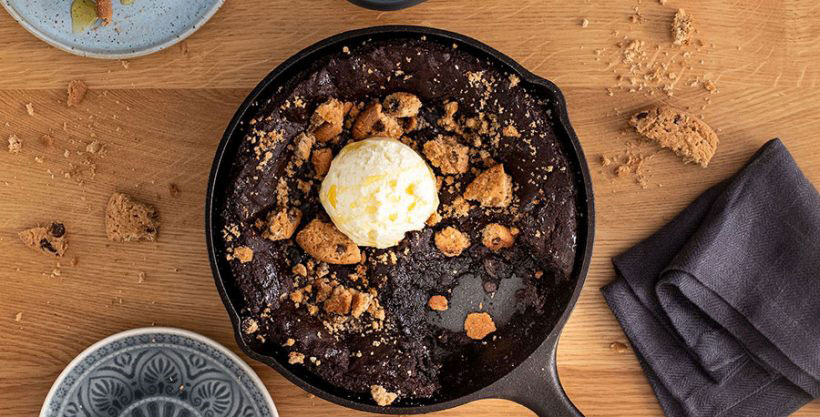 Coffee and Walnut. It’s one of the most-loved cake combinations in Britain, and, unsurprisingly, it works perfectly in a brownie too!

This chocolatey treat is swirled with instant coffee and topped with crunchy walnuts. It’s the ultimate afternoon pick-me-up! 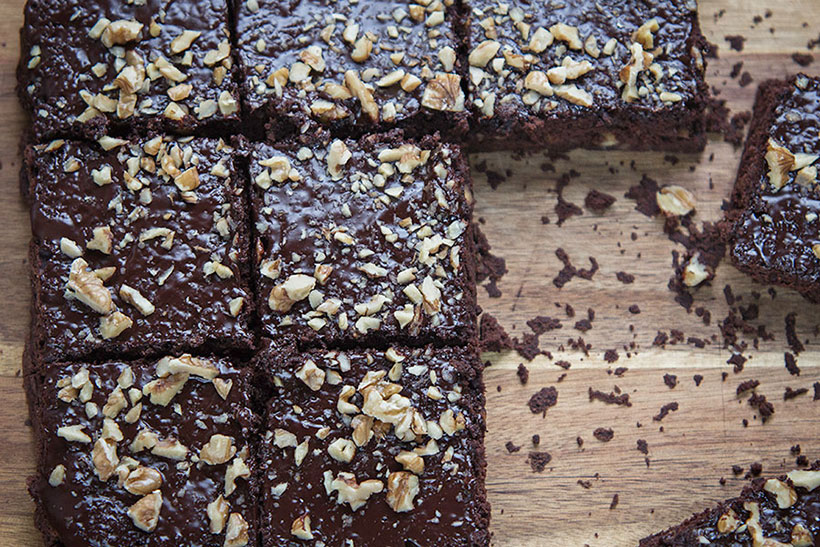 Need a post-gym treat? These high protein brownies are packed with all the good stuff, including sweet potatoes, nuts, dates and hemp seeds.

But don’t worry, despite all that health they still taste delicious! 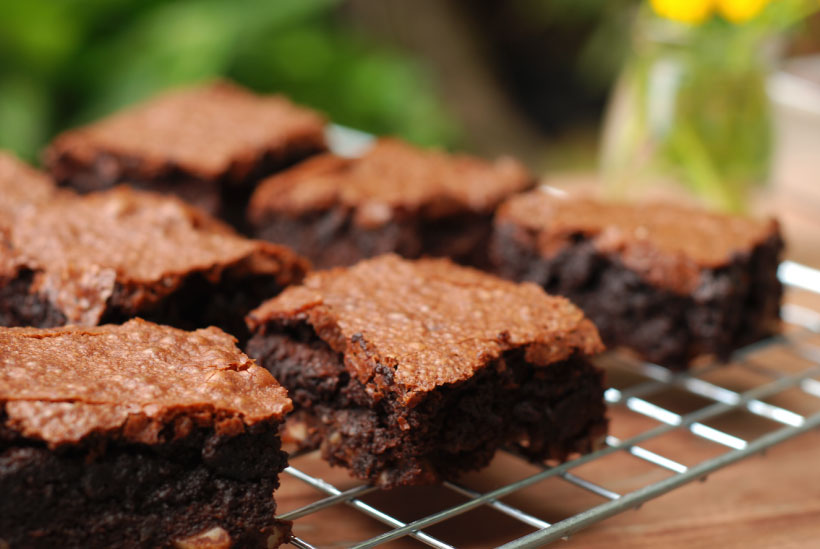 Ok, so this one isn’t technically a brownie, but it’s too delicious not to include!

You might think using cannellini beans in a sweet recipe is odd, but here it really works. The beans create a creamy texture and add a hit of protein and fibre.

These blondies are completely moreish and will convert you to a bean lover in no time! 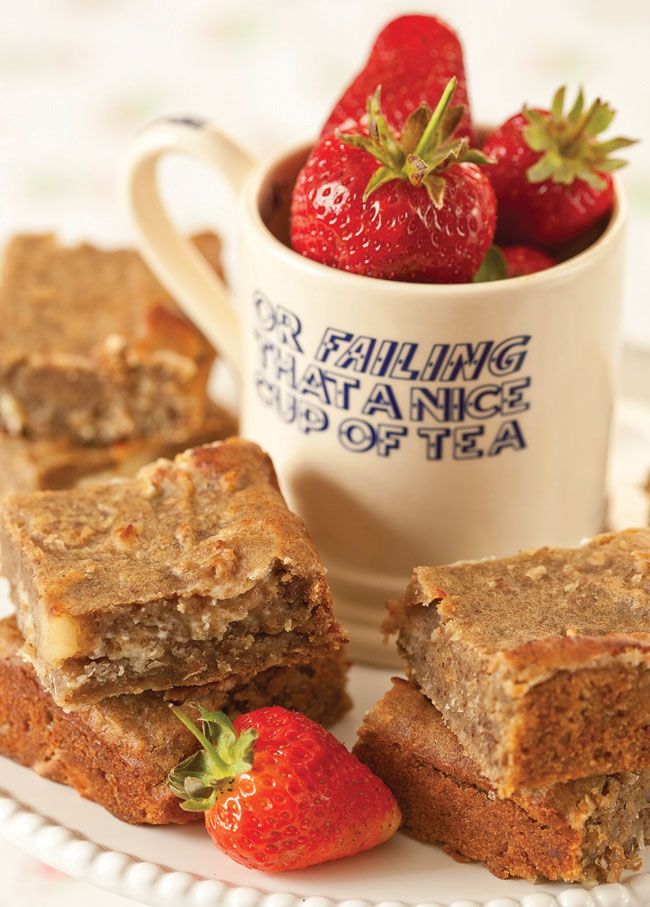 We all love PB&J. But today we bring you: the PB & Brownie.

These nut butter brownies are oh so decadent and swirled with creamy peanut to make a sweet treat you’ll go nuts for. 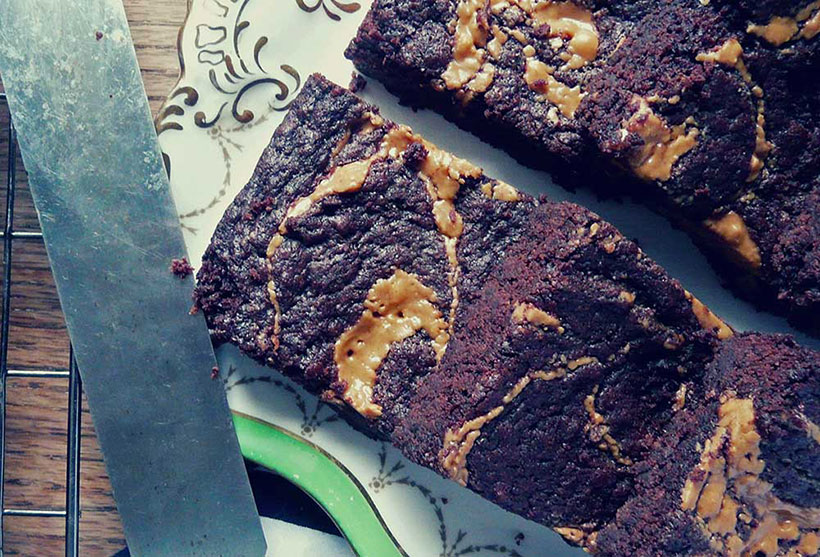 Beetroot is the not-so secret ingredient that gives these dairy-free brownies their delicious depth of flavour and rich texture. Plus, because they’re made from beetroot you can have a good excuse to have an extra piece! 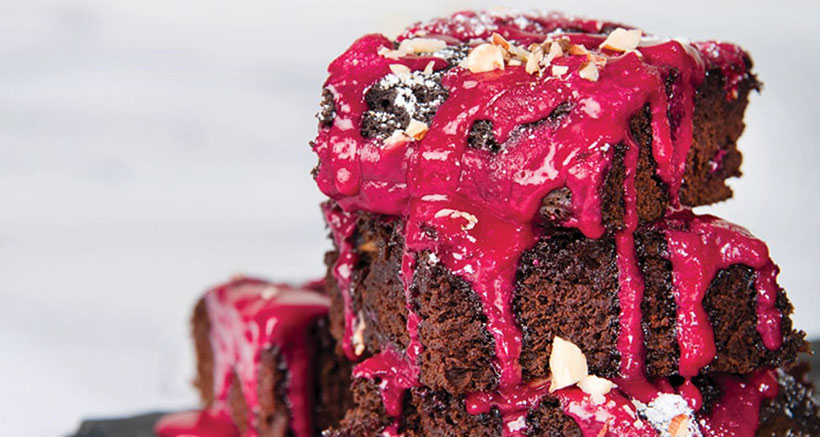 With autumn right around the corner, we thought it was about time to add these warming tones of orange and brown to your table.

Indulge in these chocolatey morsels perfectly complemented by pumpkin cheesecake swirls – you won’t regret it! 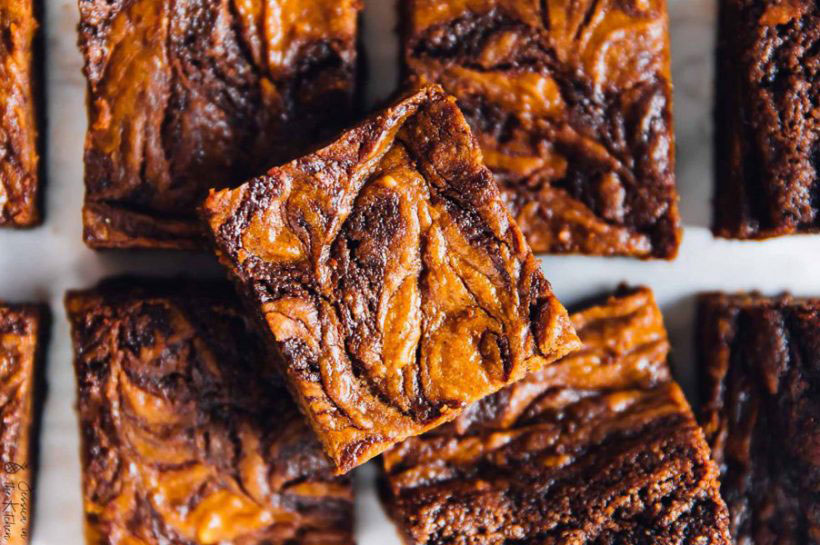 It’s a classic combination, and definitely not one to be underrated.

These rich, chocolatey brownies are topped with deliciously tangy fresh oranges for the perfect pairing.

With summer on its way out, these chocolate orange brownies are giving us serious Christmas vibes! 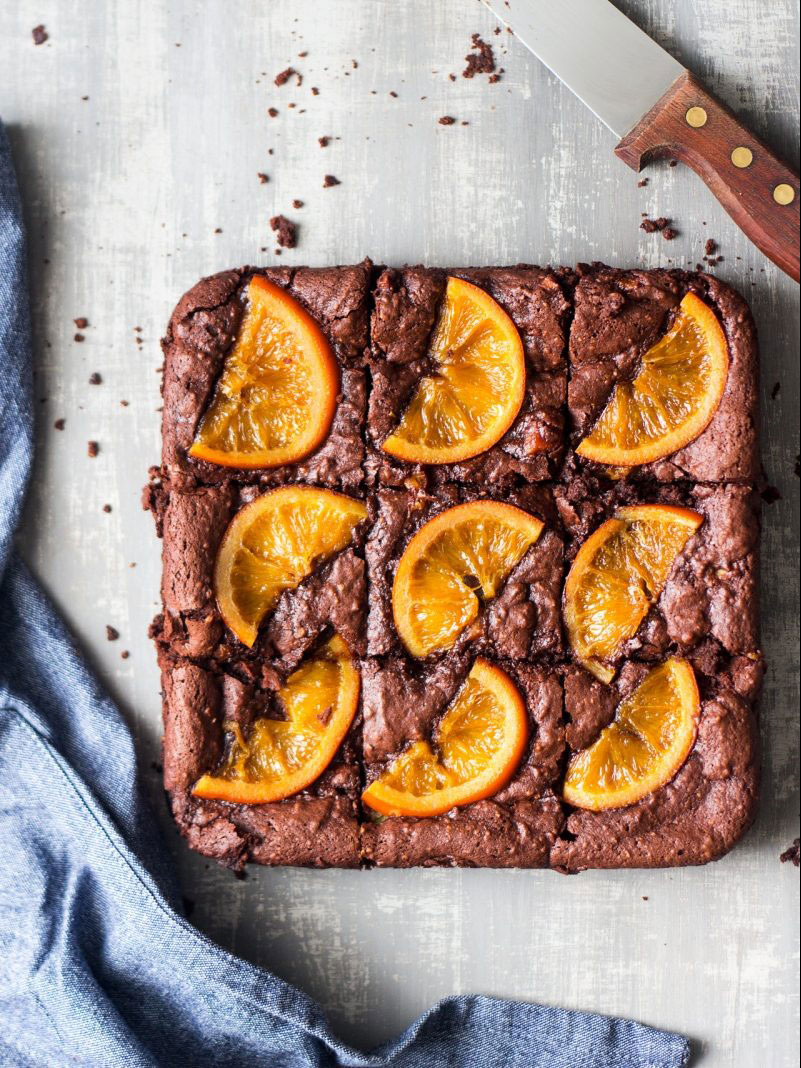 We may have saved the best until last here… Rocky Road Brownies! 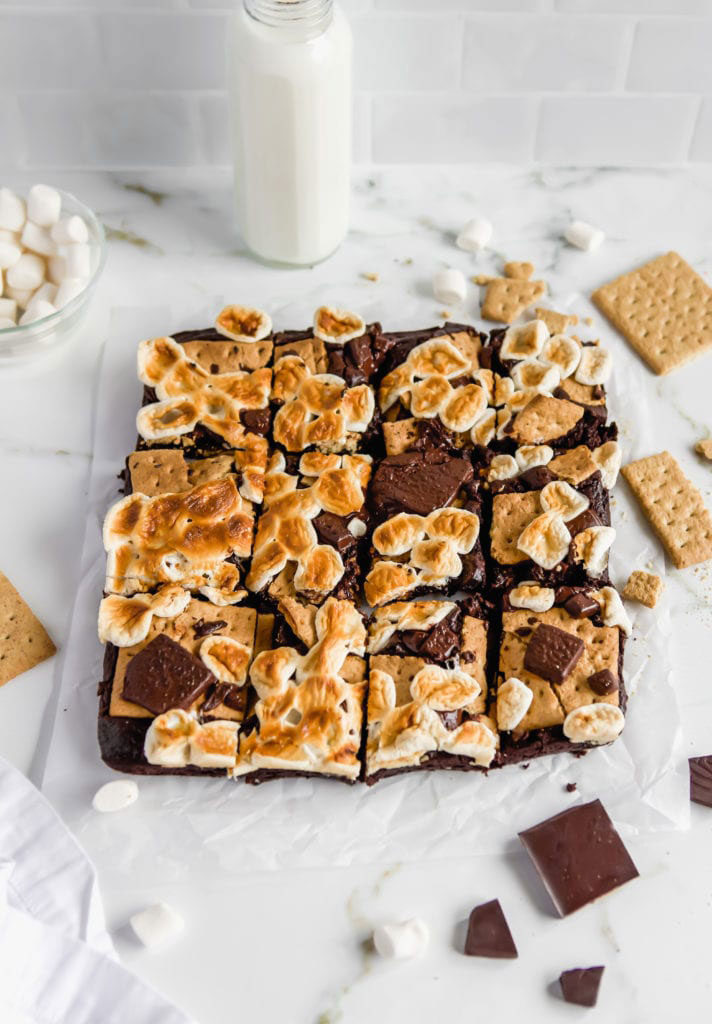 If you enjoyed these vegan brownie recipes and want to make some more sweet treats, try these vegan cake recipes!