This roasted cauliflower salad with Romano peppers and pistachios is ridiculously simple to make but looks so beautiful on the table. The sugar, sweetener and gluten-free dressing is the ultimate in Umami flavour without needing to add a sweetener thanks to the addition of the coconut savoury Sause. Hints of smokiness from the paprika paired with crispy roasted cauliflower and some natural sweetness from the peppers. All cuddled together in a limey, sesame, ginger dressing. 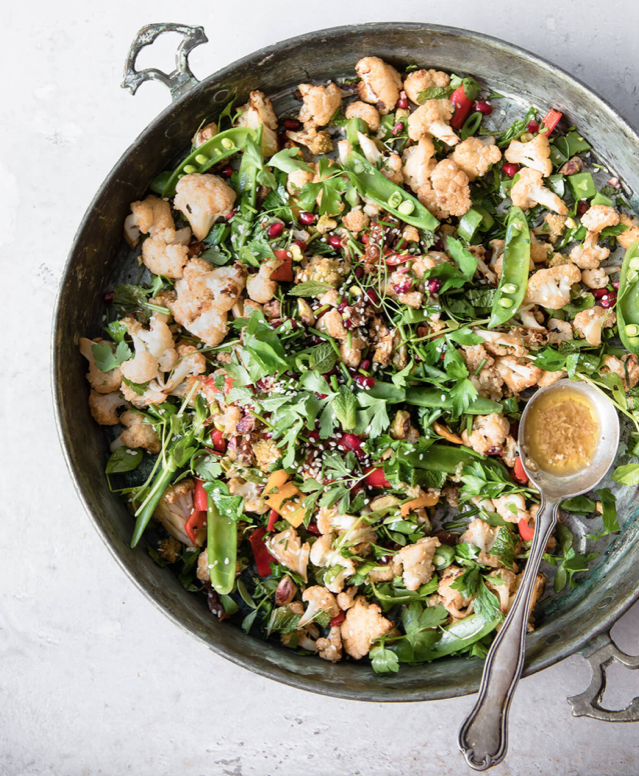