Vegan Lemon Meringue Pie with a Biscuit Base Recipe

Vegan Lemon Meringue Pie with a Biscuit Base Recipe

This dairy-free lemon meringue pie features a crisp biscuit base, topped with the most lusciously zesty vegan lemon curd.

To balance the sharp flavour of the lemons, it’s finished off with a fluffy cloud of egg-free meringue made from aquafaba.

To make it vegan and dairy-free, you’ll use a dash of agar agar powder to ensure the lemon curd has a thick texture so it can hold its shape in the pie.

Making the meringue layer egg-free is simply – you’ll just need to reserve the water from a can of chickpeas and reduce it over a low heat before using an electric mixer to whip it into stiff peaks like a traditional meringue.

For an extra zesty pie, sprinkle fresh lemon zest over your meringue before serving.

Check out our pick of the best sweet and savoury vegan pie recipes! 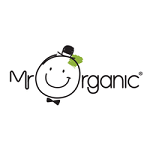 Mr Organic produces honest, high-quality, vegan, delicious food to inspire people to Live Positive and Eat Positive. Grown on their farm in Italy, their food is cooked to perfection and packaged fresh, to be enjoyed at everyone’s table.