21 impressive vegan cakes that anyone can bake

Want to put your culinary skills to the test and try baking a vegan cake? These vegan cake recipes will show you just how easy and delicious vegan baking can be when you know the right ingredients to use.

If you’re ready for a spot of vegan baking then read on to find out how to make delicious vegan cakes.

How to make a vegan cake

Making vegan cakes is much easier than you might think! Although vegans don’t use ingredients like eggs, butter and milk which are typically found in cake recipes, there are plenty of vegan substitutes to use instead.

When it comes to substituting eggs in vegan baking, there are lots of things we can use in their place. Here are a few of our favourite vegan egg substitutes to use when making vegan cakes:

Although aquafaba is typically used in place of egg whites in recipes like meringues and mousses, it can also be used as a whole egg alternative.

When using aquafaba in place of eggs, you will need to whisk the mixture until it forms a light, fluffy foam. This can take some time so we recommend using a stand mixer if possible.

As a general rule, 3 Tbsp of aquafaba is the equivalent of a whole egg.

When replacing eggs with tofu, simply use 4 tablespoons mixed with half a teaspoon of baking powder to help your bakes rise.

Mashed banana makes an excellent egg replacer in cakes, bread, muffins and brownies. You make to make sure that your banana is ripe with brown spots and no green at the stem so that it can be mashed easily and add sweetness to the bake.

As a general rule, one small banana is the equivalent to a single egg. 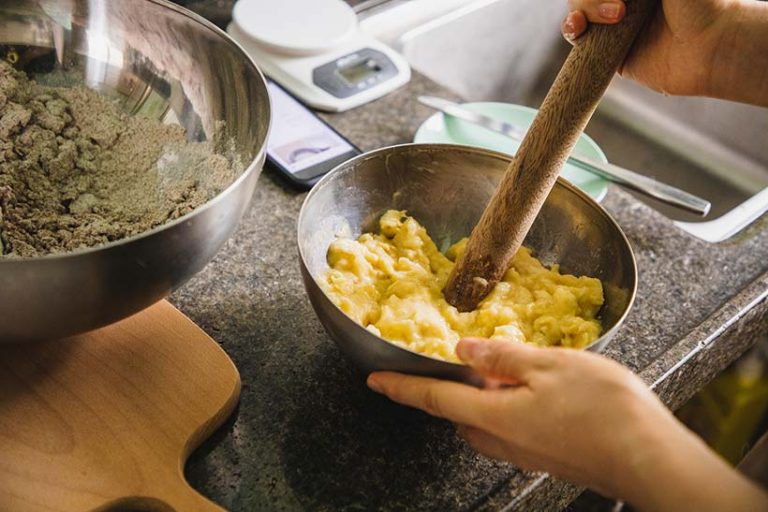 Another fantastic natural vegan egg replacer is apple sauce as it adds both moistness and sweetness to bakes.

To use apples in place of eggs, just add 4 tablespoons of puree to half a teaspoon of baking powder (useful as a raising agent) to replace a single egg.

As seen on The Great British Bake Off, flaxseed is another clever alternative to eggs in baking.

However, it can have quite a strong nutty taste so bear that in mind when selecting recipes as it works best in recipes like muffins.

To make a flax egg, mix one tablespoon of milled flaxseed with 3 tablespoons of water (warm is best) and allow it to sit for a few minutes to thicken.

Similar to flaxseeds, chia seeds are also great for use in place of eggs when making vegan cakes.

Not only are they great for binding bakes, but they’re also a nutritional powerhouse to boot.

One tablespoon of chia seeds mixed with 2.5 tablespoons of water creates a “chia egg” which you will need to leave for a few minutes to congeal. 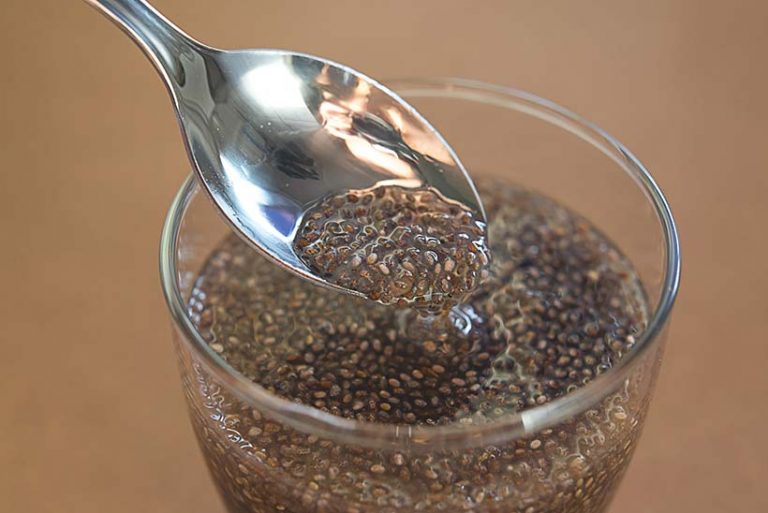 To make a chia egg, simply mix one tablespoon of chia seeds with 2.5 tablespoons of water and leave for a few minutes to thicken.

When it comes to vegan milk substitutes, we are spoilt for choice!

For vegan baking, we prefer to use soy milk as this is the closest equivalent to cow’s milk in taste and consistency as it is nice and creamy.

Oat milk and almond milk are also brilliant for use in baked goods as they can substitute cow’s milk like-for-like in the majority of recipes.

Another popular vegan milk alternative is coconut milk as it also has a thick, creamy texture like dairy milk. However, it is important to note that coconut milk has a strong flavour that can alter the taste of your bakes.

Other vegan milk substitutes such as rice and hemp milk can be used if this is all you have to hand, but be aware that they are much more watery in texture so are not a great replacement in vegan cakes.

One important thing to note when using vegan milk alternatives in your vegan cakes is to use unsweetened milk and the sweetened versions add extra sugar to bakes.

Replacing butter in vegan cakes is simple as there are plenty of alternatives readily available in stores. However, the type of butter alternative you choose will depend on the cake recipe you are making.

If you are attempting to veganise a non-vegan recipe, you should replace the butter with vegan margarine made from soya or sunflower oil. It’s also important to ensure the margarine is at a cool temperature when used.

The reason for this is that when you substitute a recipe’s solid or semi-solid fat with a liquid fat such as vegetable oil it can offset the balance of wet and dry ingredients in the mixture. This could result in a dreaded soggy bottom or a cake that is very dense and wet.

Unless you want a very distinctive flavour to your cake, or unless stated in the recipe, avoid using olive oil as it can give a savoury and salty flavour to the sponge.

Coconut oil can also be used in vegan cake recipes where the recipe calls from creamed butter, but it does give a distinctive coconut flavour to your bakes. 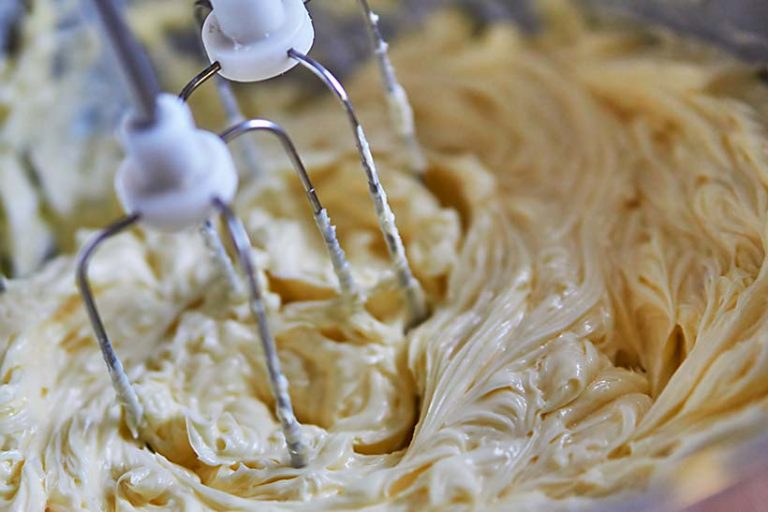 When making vegan cakes, use a vegan margarine made from soya or sunflower oil as these have a neutral taste.

In the UK, it’s easy to find vegan-friendly sugar as the majority of sugar brands and varieties are vegan with the exception of icing sugar which often contains dried egg white.

But things get more complicated for vegan bakers in other countries such as America where bone char is often used to filter sugar to make them white.

Because the bone char used comes from cattle bones, this means that many cane sugars are unsuitable for vegans.

Although bone char is used to decolourise sugar, brown sugar is often not suitable either as it is made by adding molasses to cane sugar.

Instead, vegan bakers can use vegan-friendly sugars such as beet sugar, raw sugar, demerara sugar, muscovado sugar and non-white golden caster as bone char is not used in the filtration process for these particular types of sugar.

Alternatively, vegans can choose from a wide range of liquid sweeteners to sweeten their cakes.

However, vegan bakers will avoid using honey to sweeten their bakes as many choose to exclude honey from their diets. This is because taking honey from bees does not meet the definition of veganism and is detrimental to their health.

Instead, vegans will opt for alternatives that do not involve taking honey from bees such as:

When using liquid sweetener, it is important to remember that this can alterer the consistency of your cake batter so you may need to reduce the amount of liquid in the rest of the recipe by a small amount. 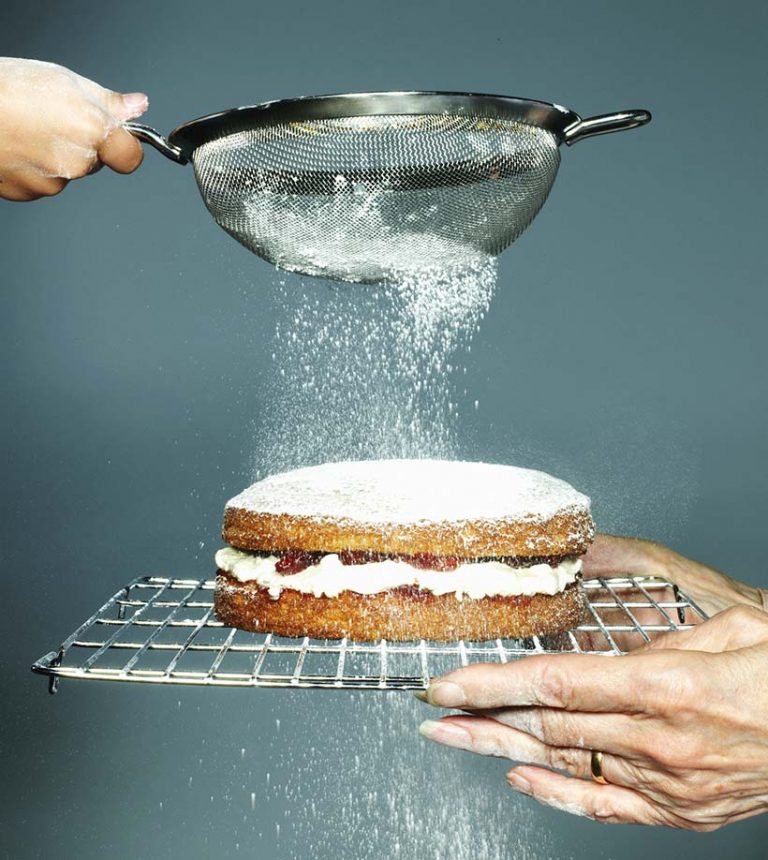 Most brands of sugar are suitable for vegans in the UK with the exception of icing sugar which often contains egg white.

Now that you’ve got to grips with the ingredient you’ll need to make a vegan cake, here are our favourite vegan cake recipes 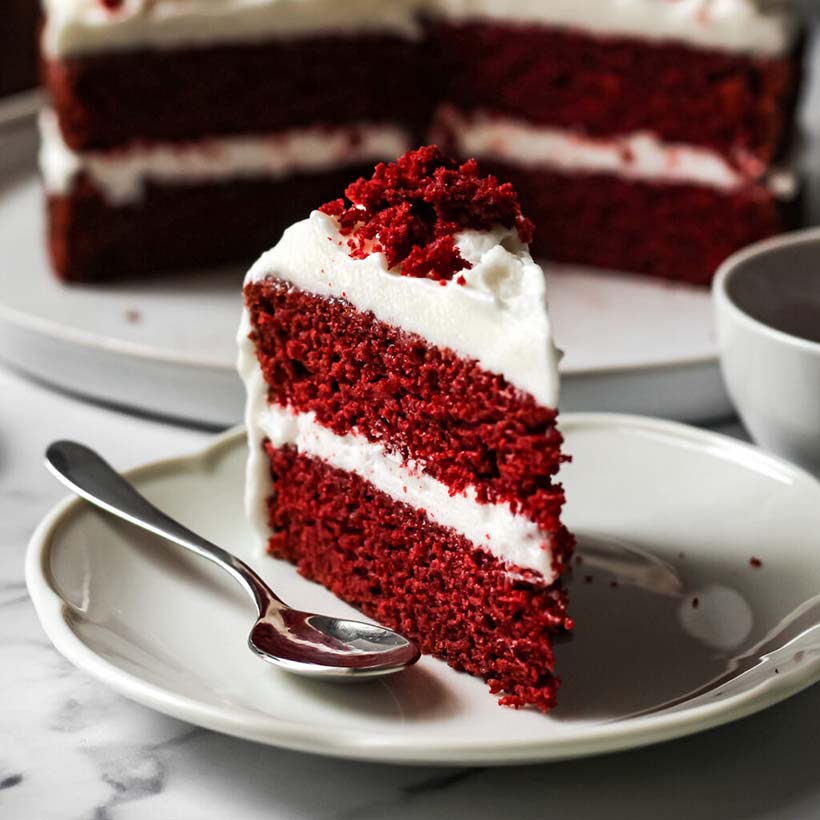 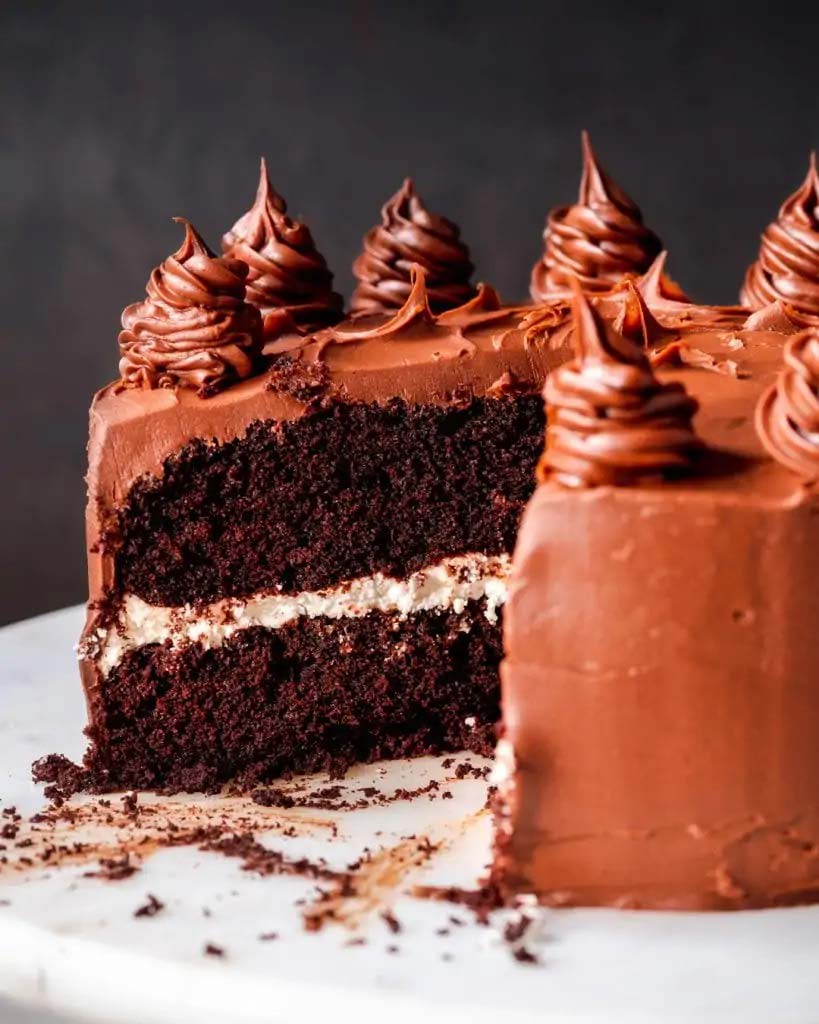 Love vegan baking? Why not try these recipes next: 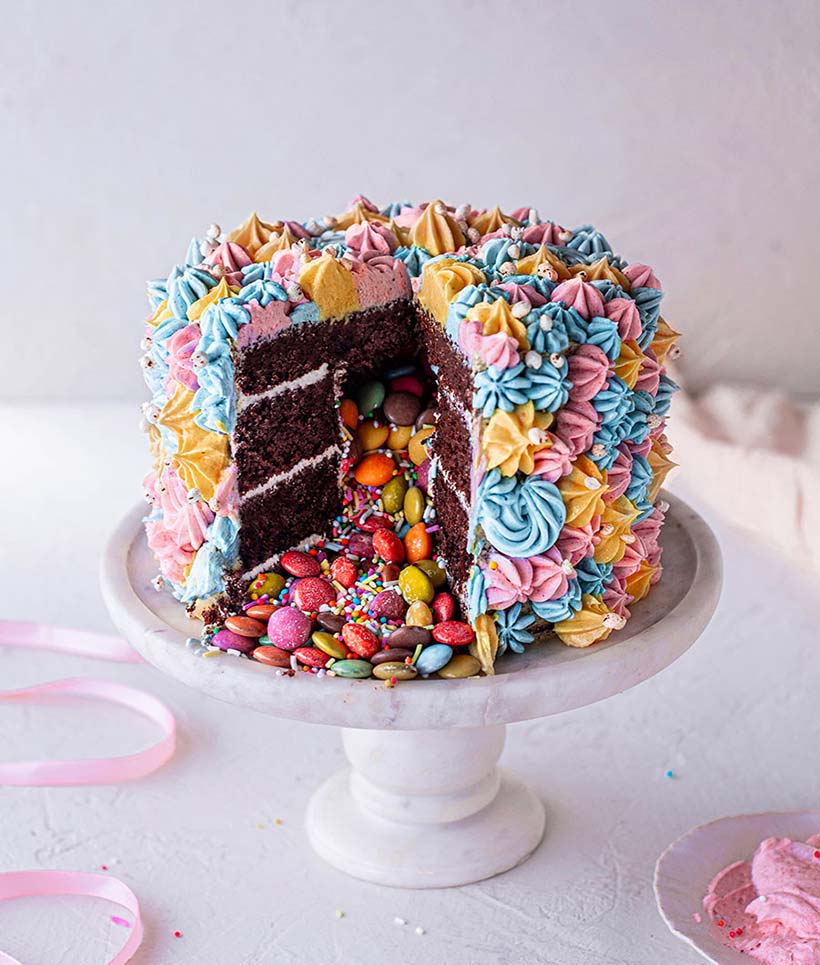 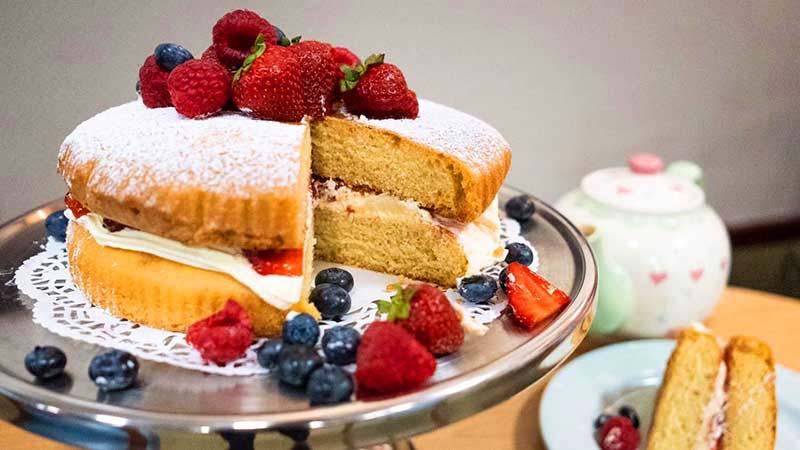 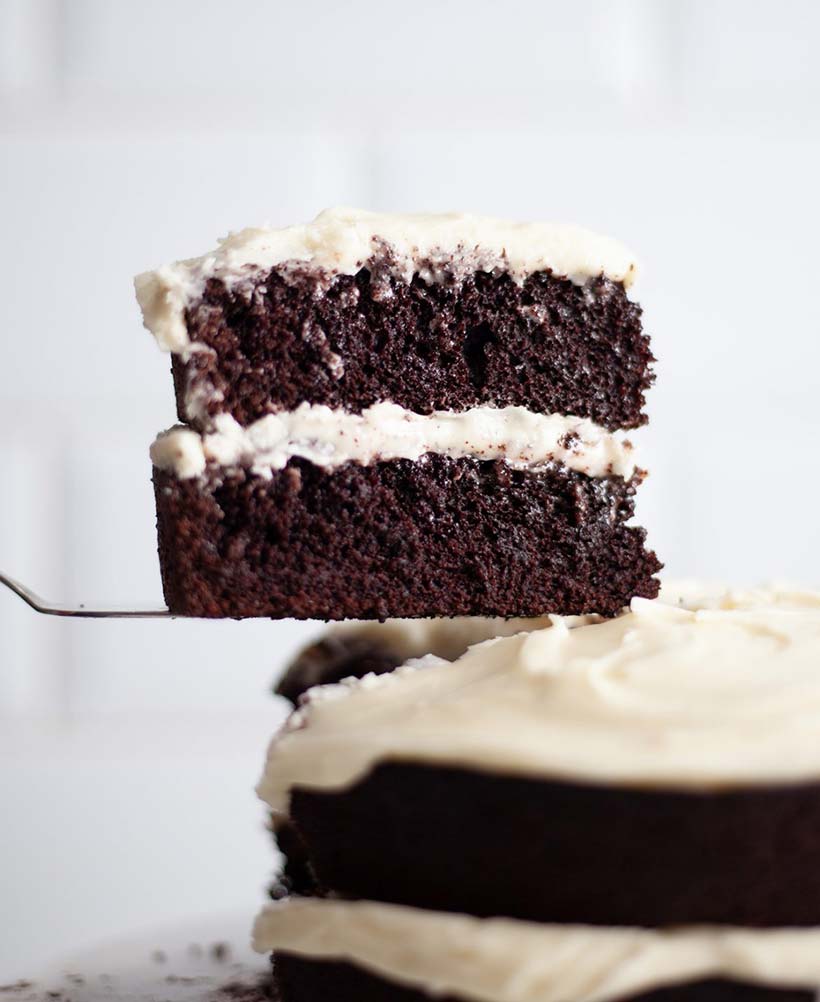 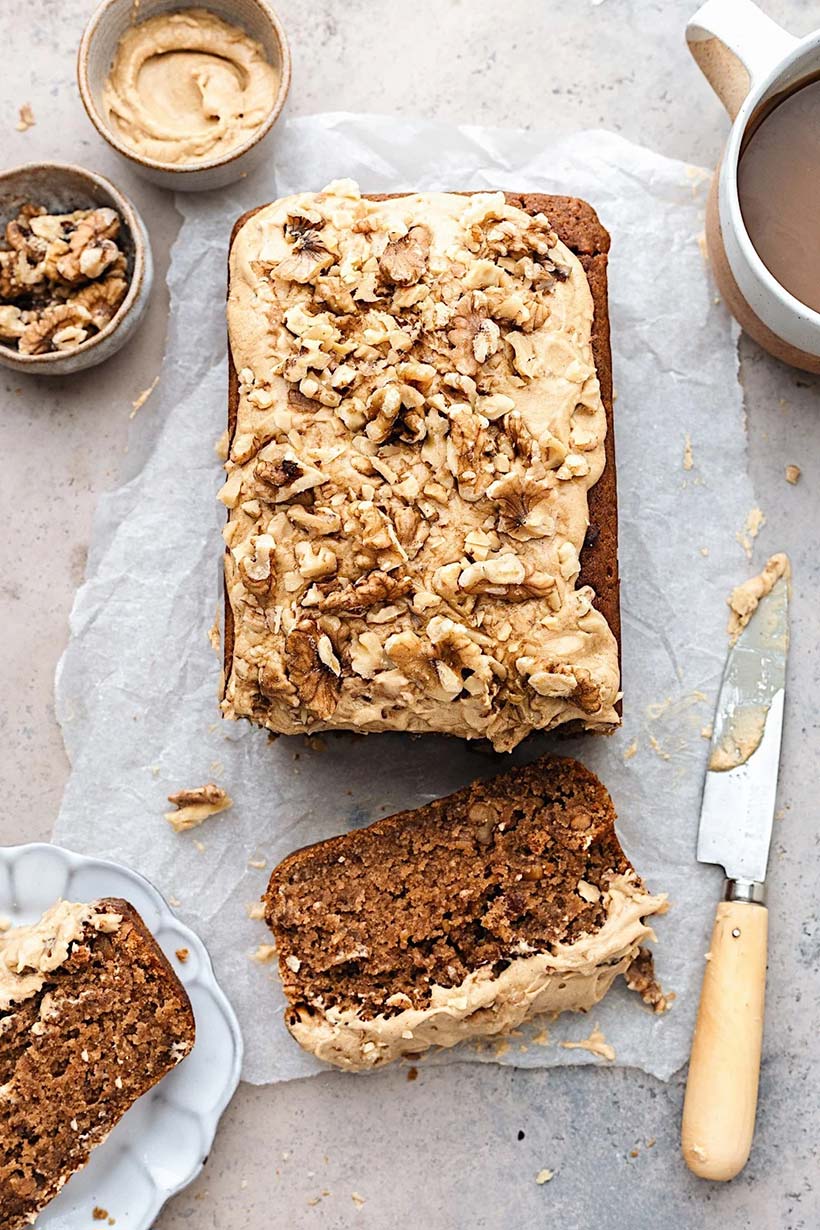 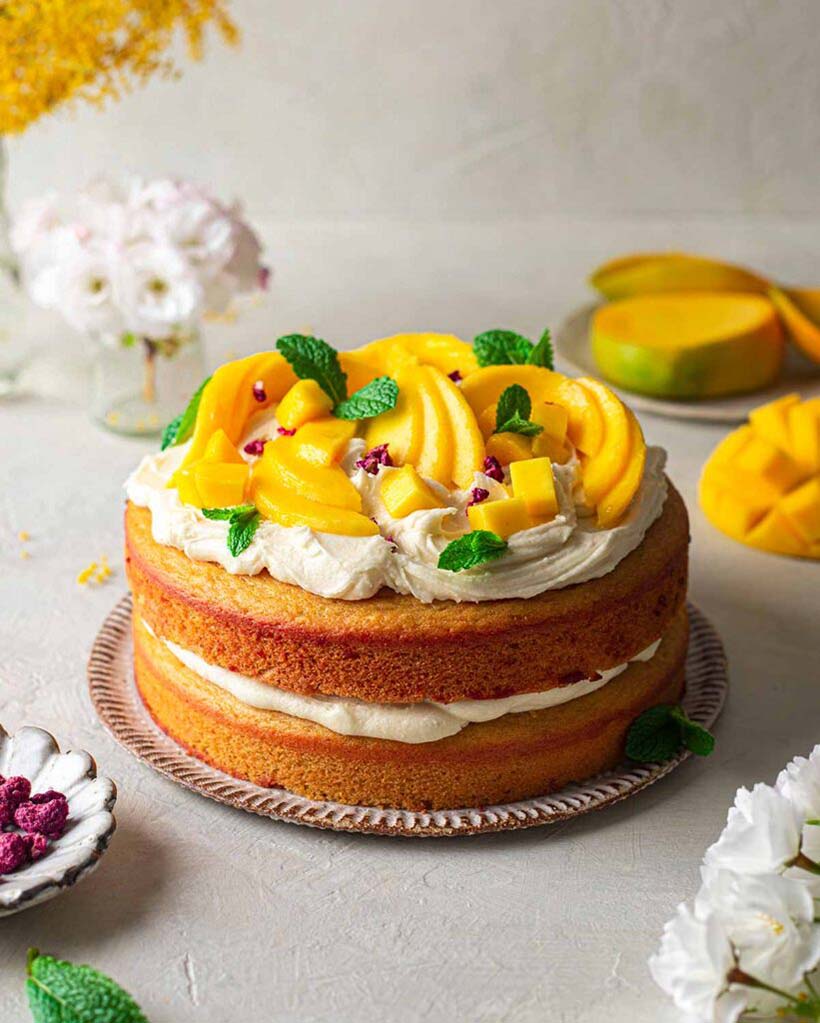 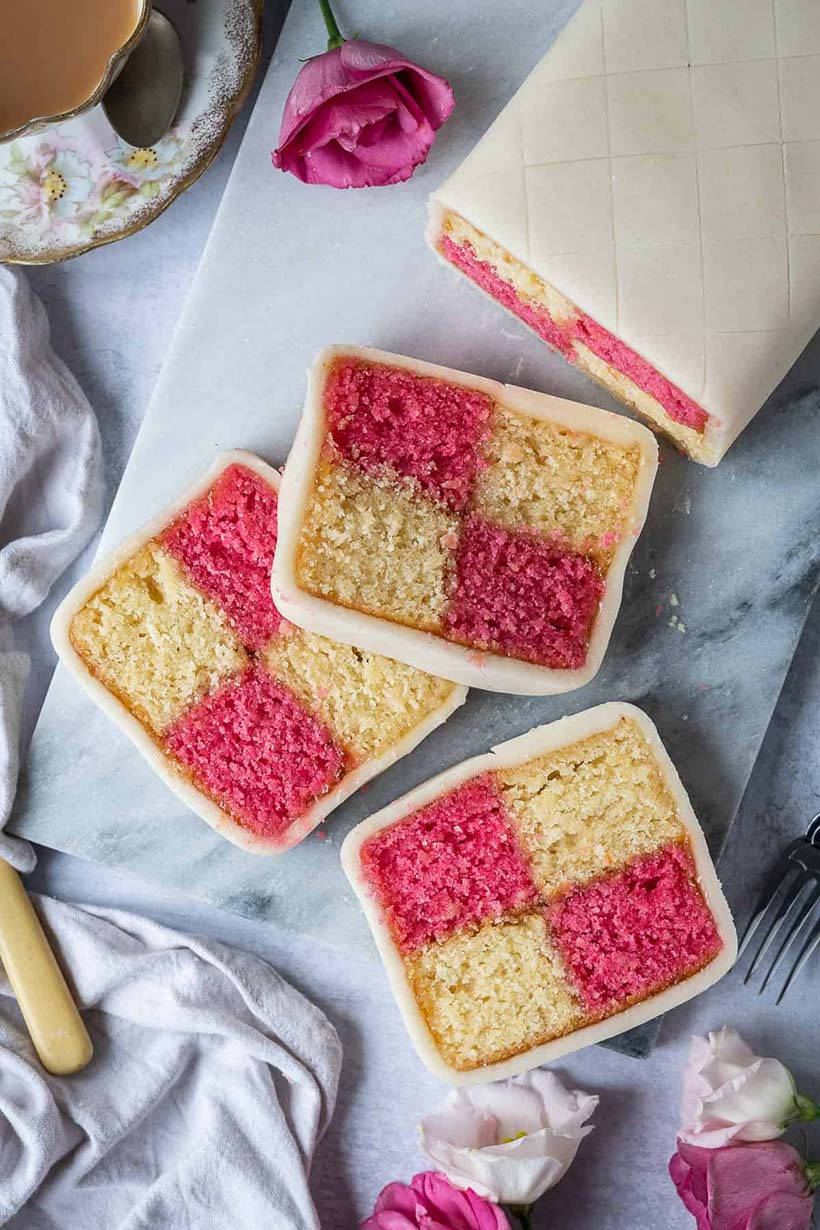 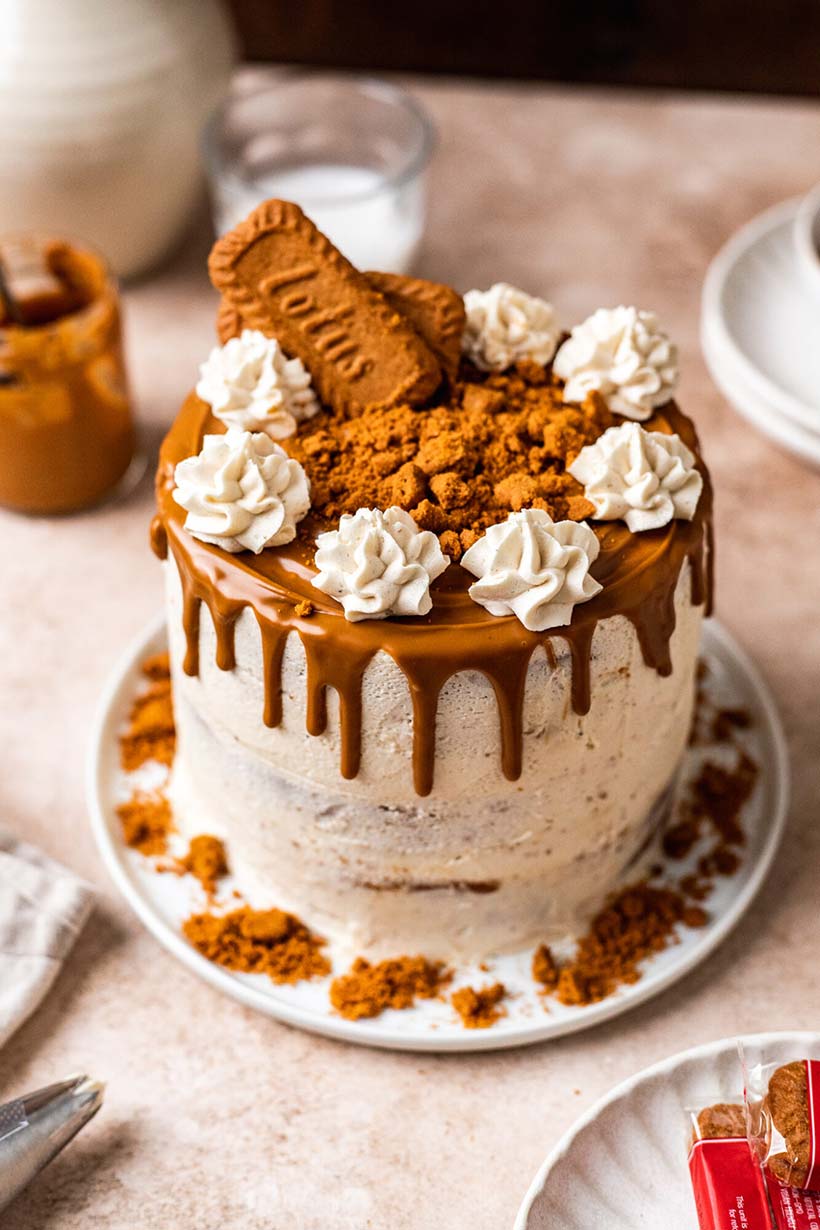 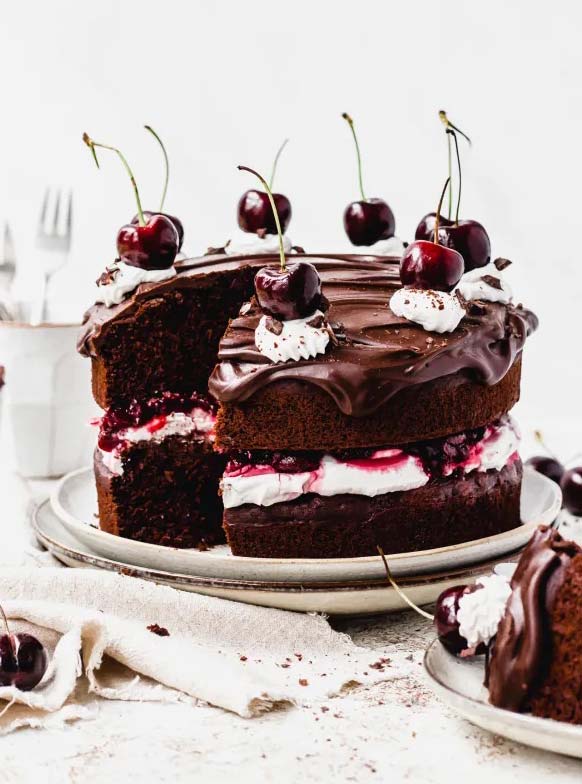 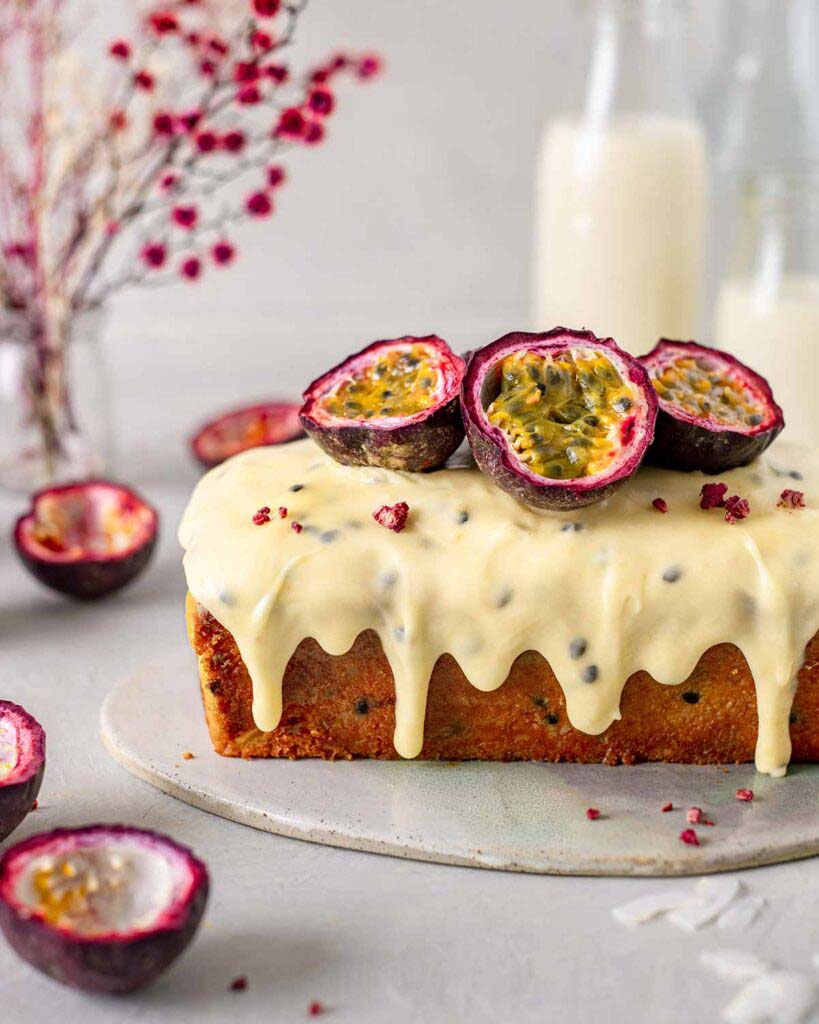 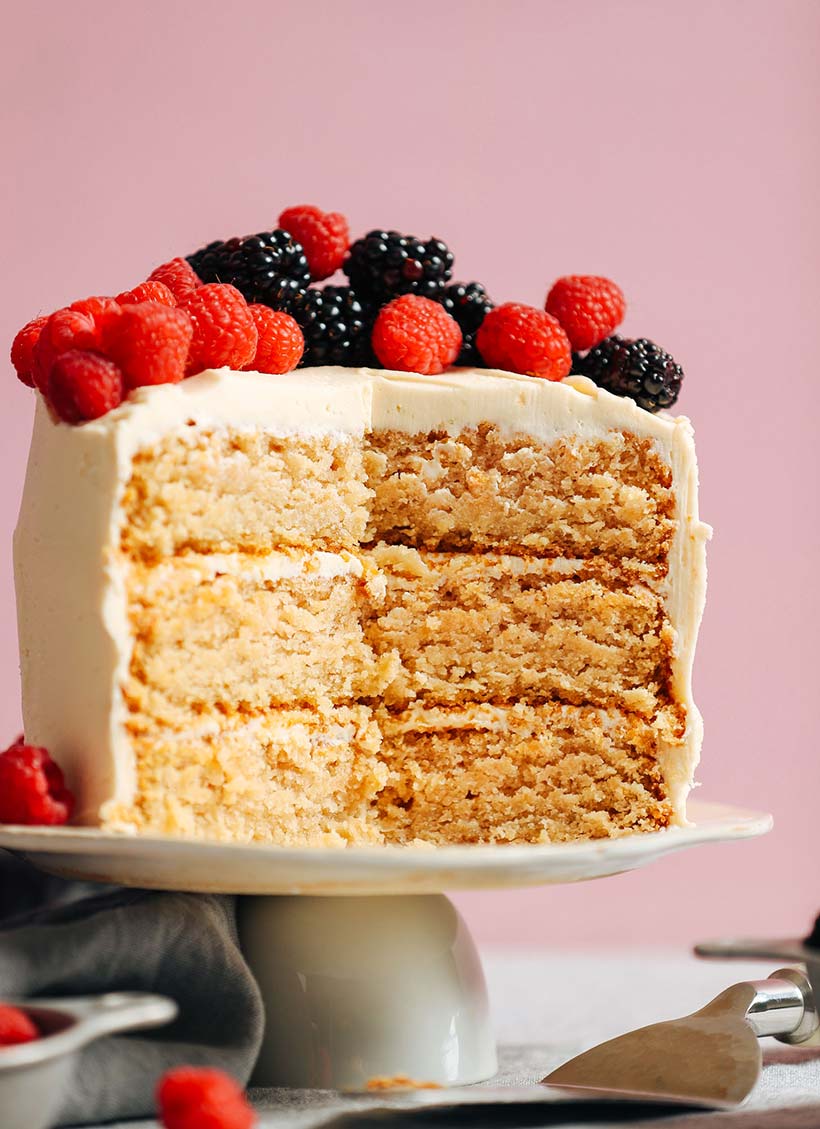 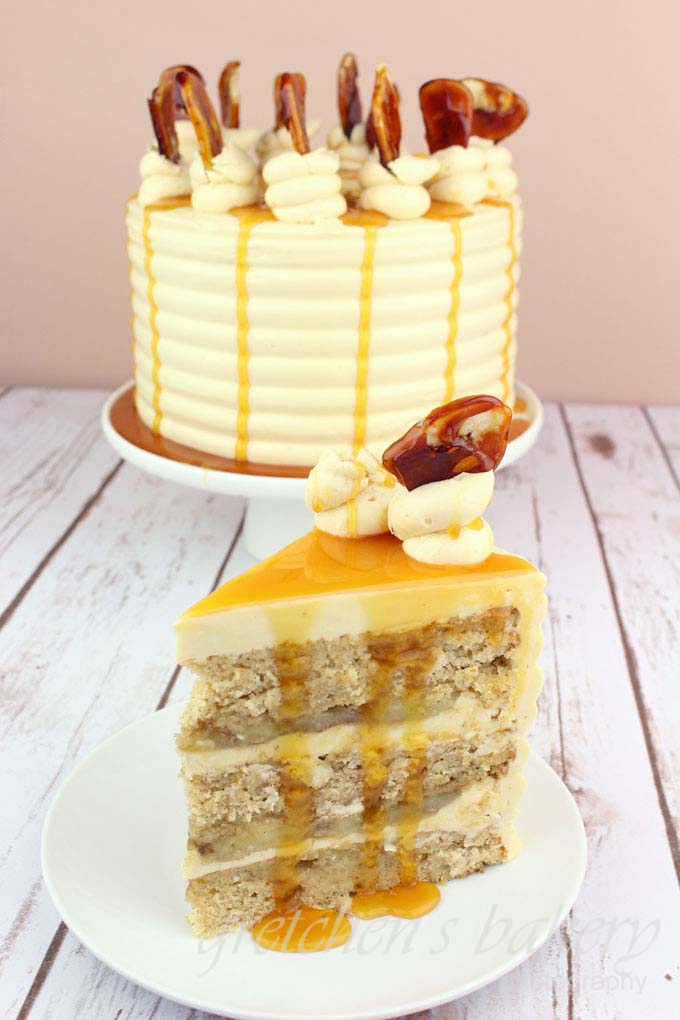 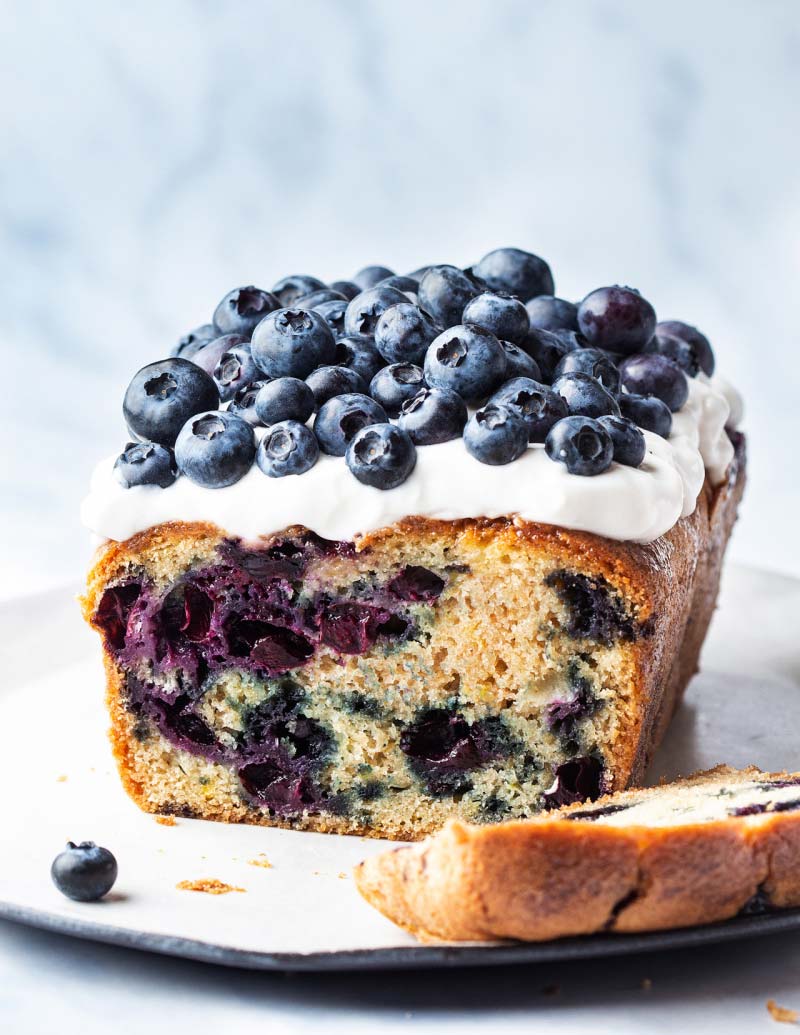 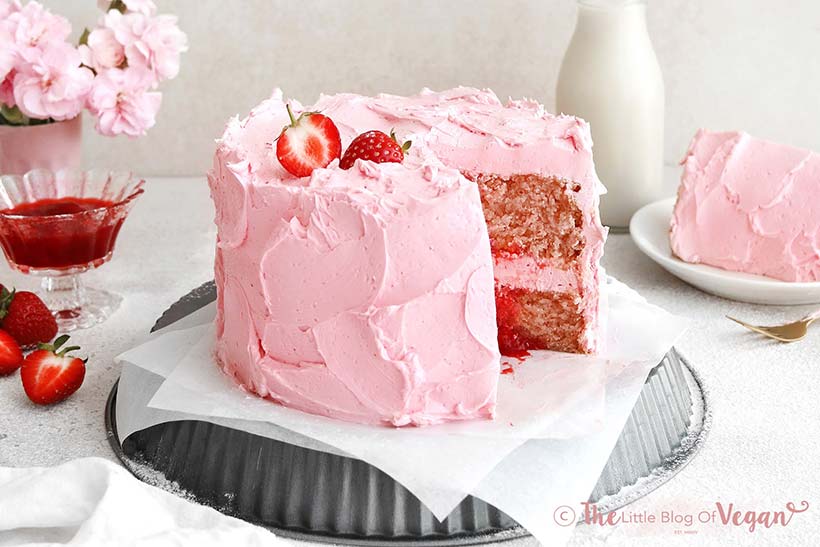 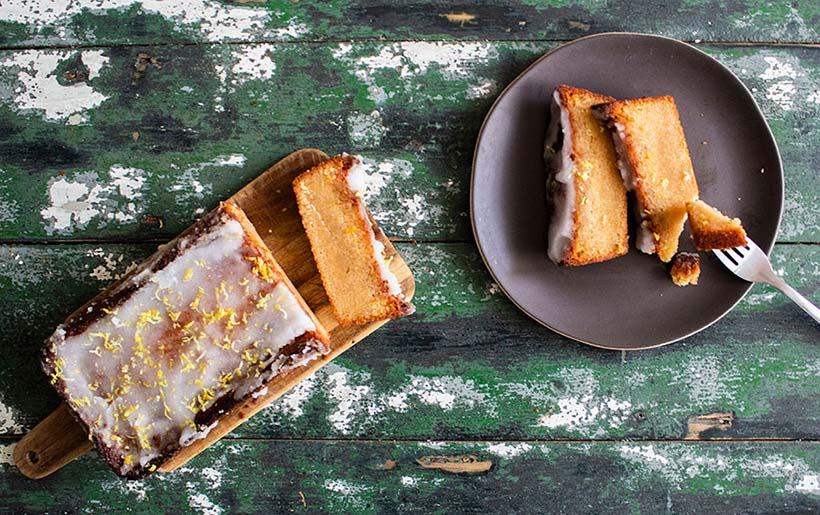 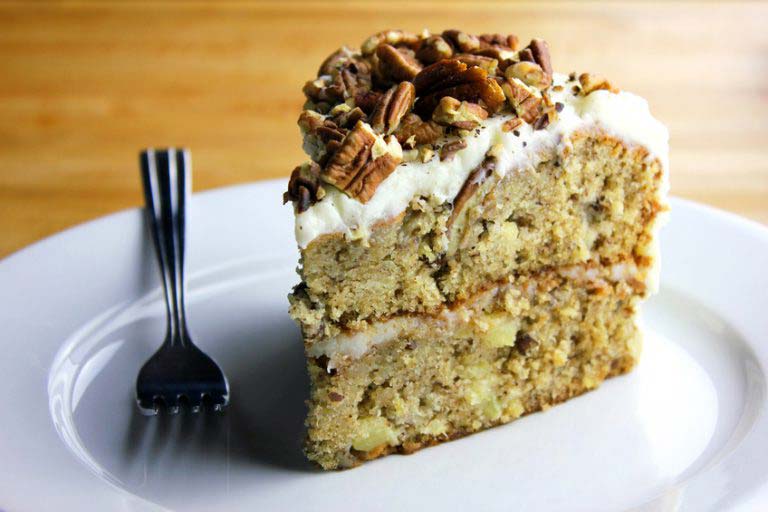 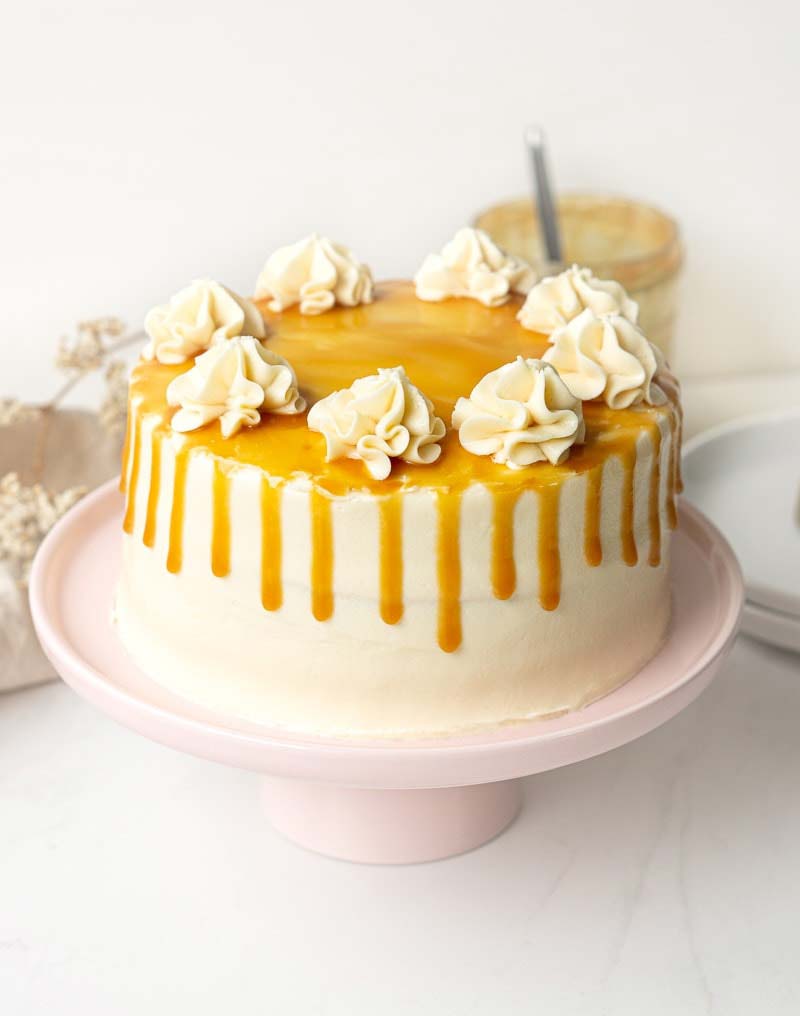 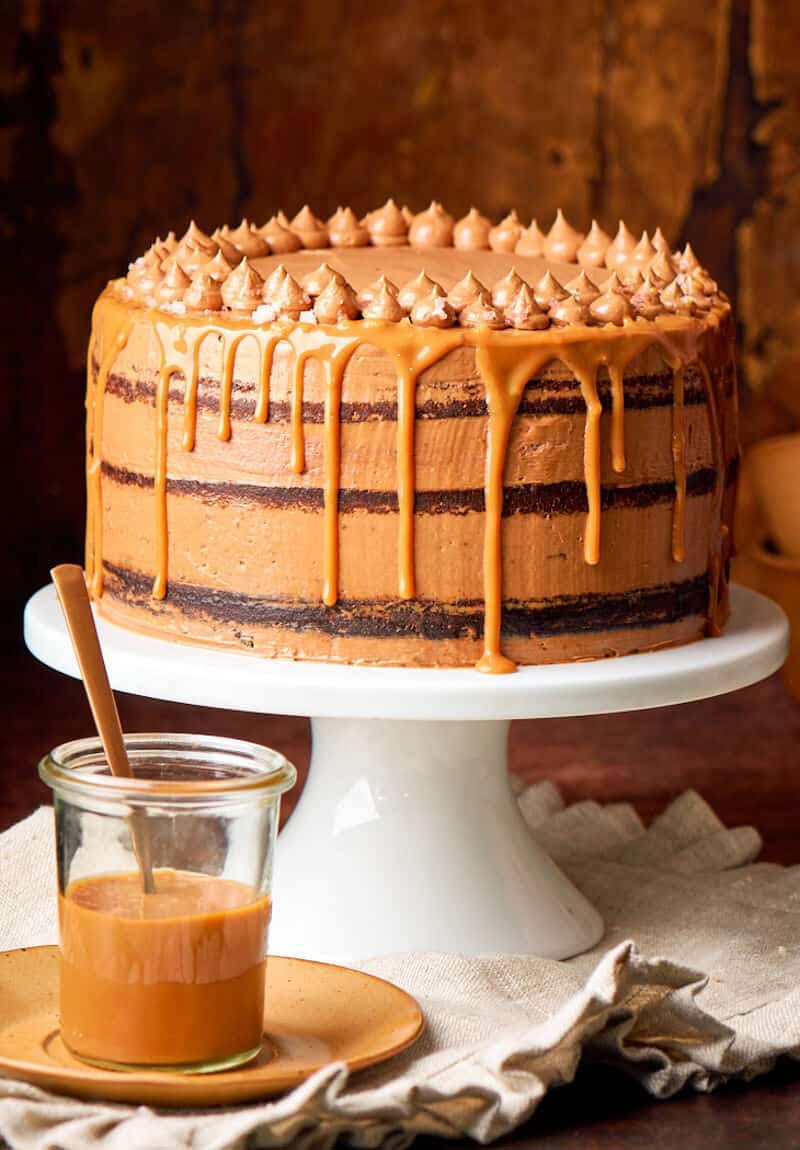 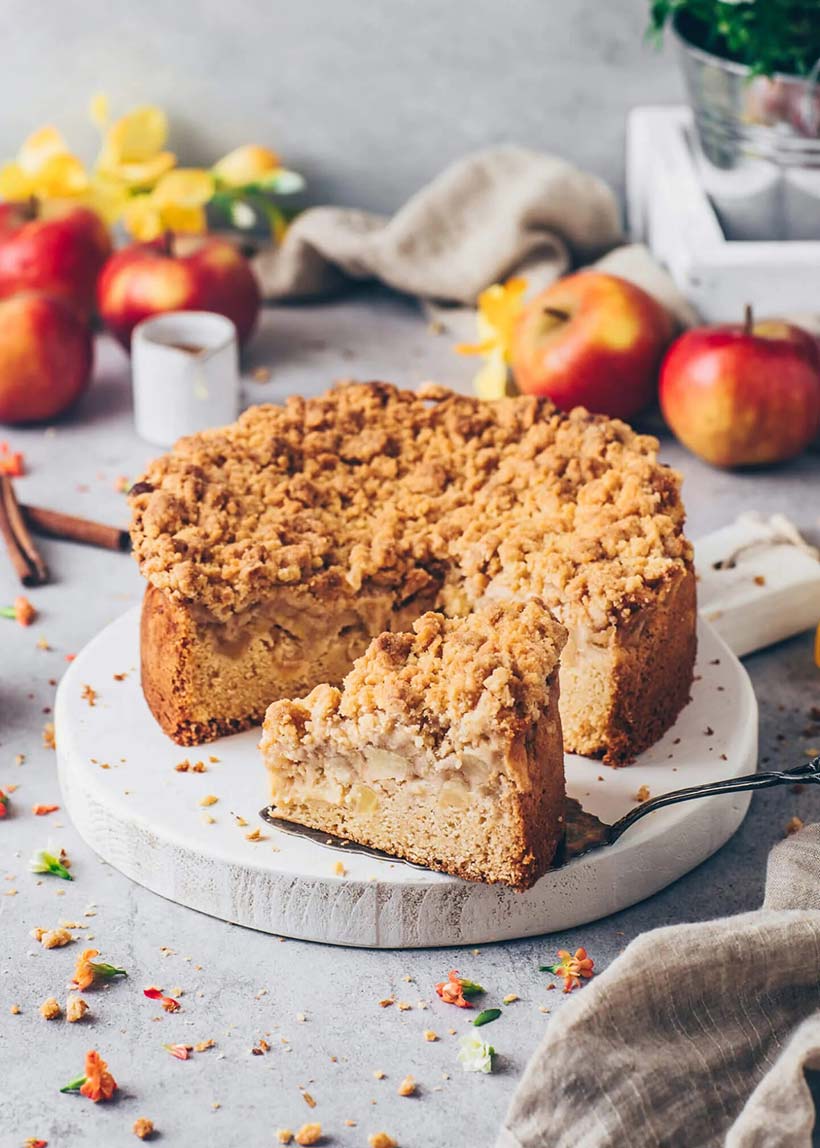 Here are 12 vegan cookie recipes for when you need a sweet treat.