Looking for vegan cupcake recipes to bake without eggs and dairy?

Can’t choose whether to make banana bread or cupcakes? Why not both! As well as being topped with the most amazing fluffy banana buttercream, they’re also filled with sweet vanilla pudding. 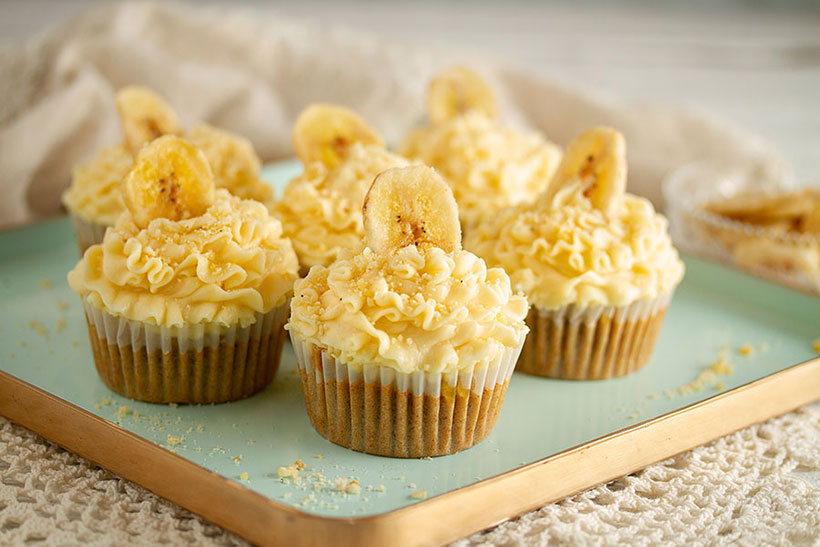 Bite into these sweet and sticky dairy-free cupcakes and you’ll find a hidden centre of oozing caramel just waiting to be devoured. 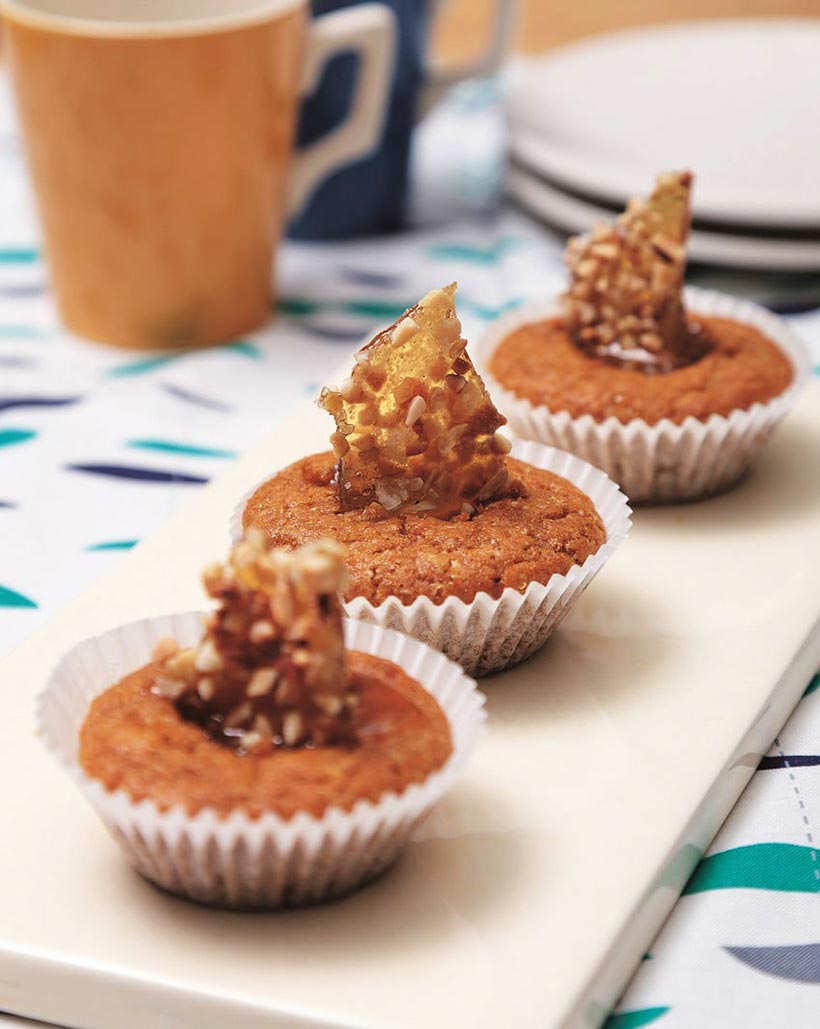 The cool flavour of the mint frosting combined with the devilishly moist and rich chocolate cake makes this vegan cupcake recipe so utterly irresistible. 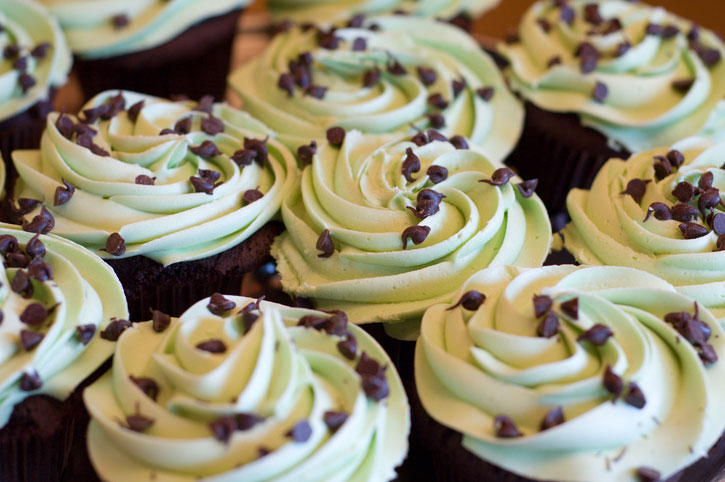 Can’t decide between baking cookies or cupcakes? You can have the best of both worlds with these vegan cookie cupcakes! A rich chocolate cupcake is studded with cookie pieces and topped off with fluffy vegan buttercream icing. 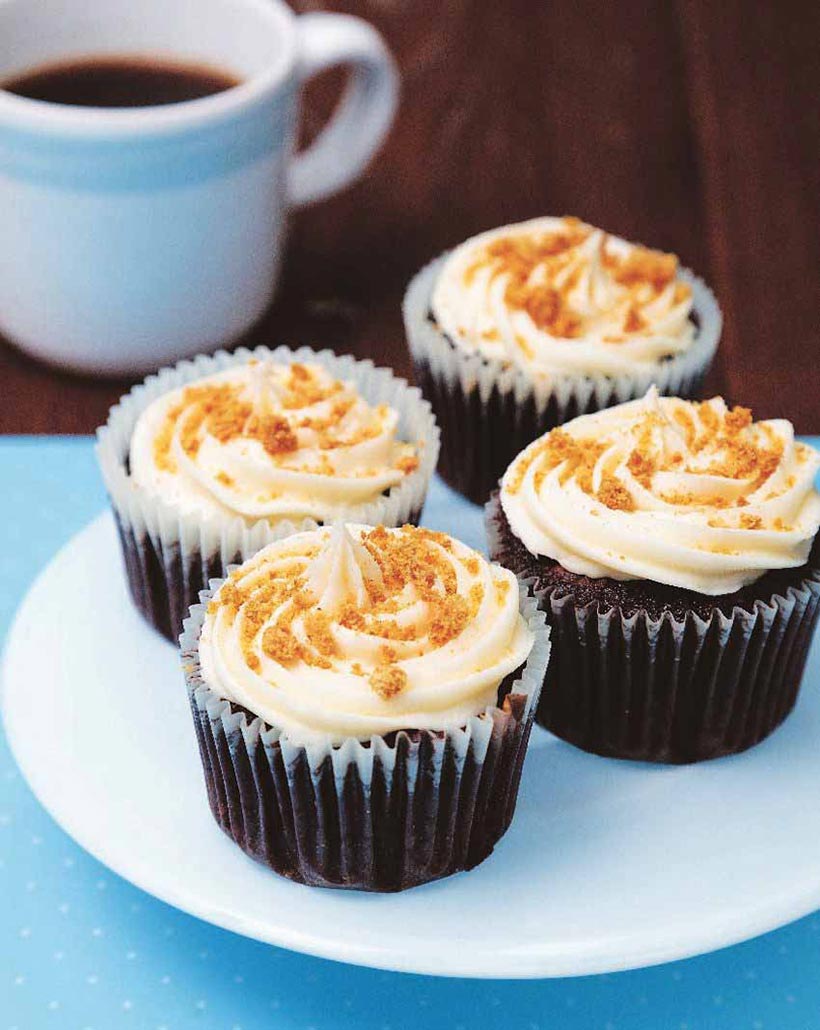 These pretty plant-based cupcakes taste as good as they look thanks to a hidden centre filled with luscious lemon curd. 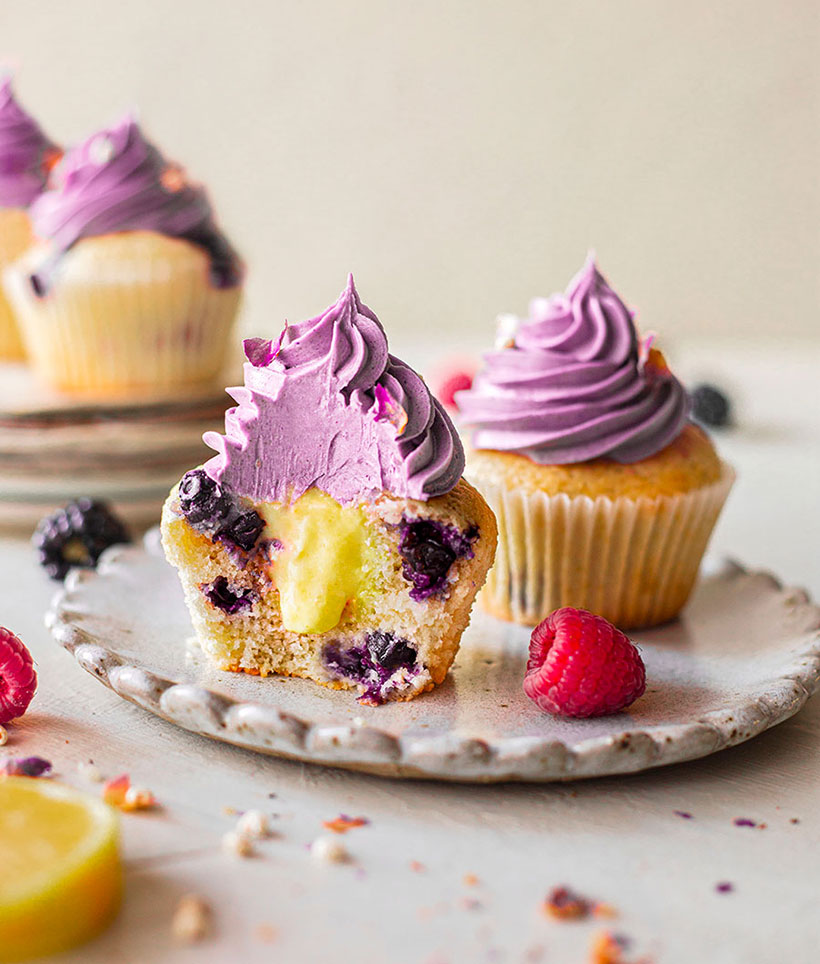 These pretty pink cupcakes would be perfect for a bridal shower, party, or any occasion that deserves a celebration! With a hint of bubbly fizz in both the cupcake and the frosting, these grown-up treats have a sophisticated flavour that’s not too sweet. 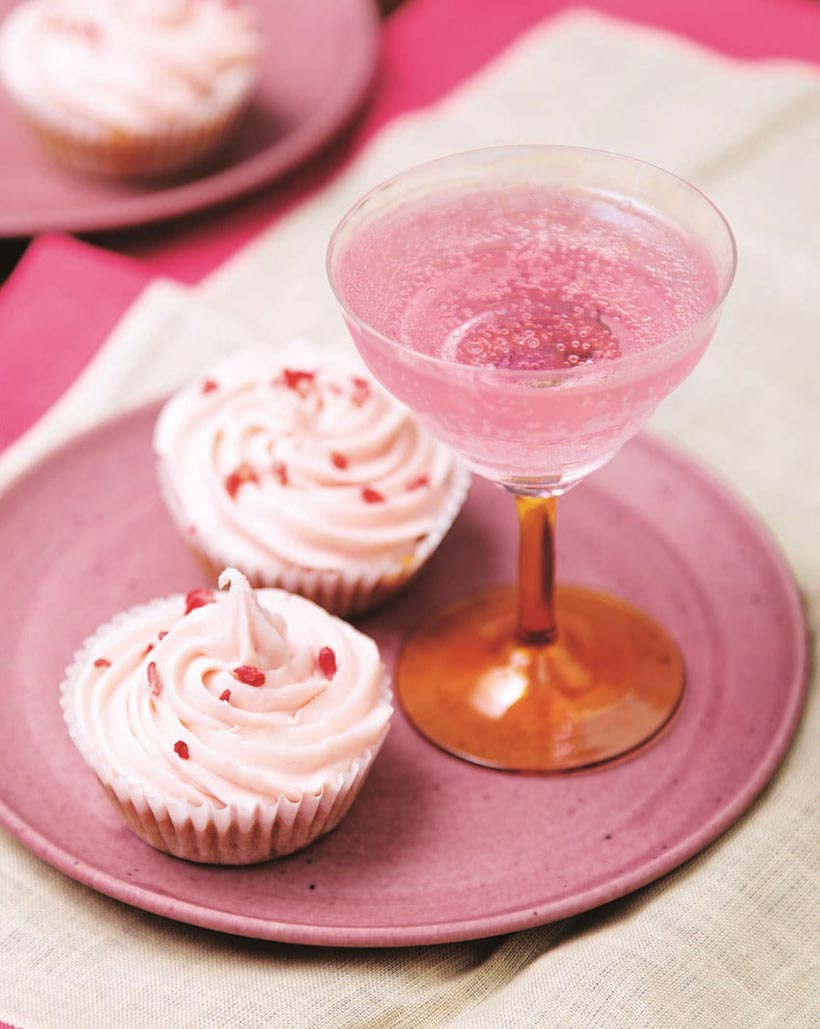 These vegan mojito cupcakes are a tasty summertime delight as they contain vegan white rum so you can enjoy the classic cocktail in cake form.

This vegan cupcake recipe is also gluten-free so everyone can enjoy a bite, except for the kids of course as these are strictly for the grown-ups! 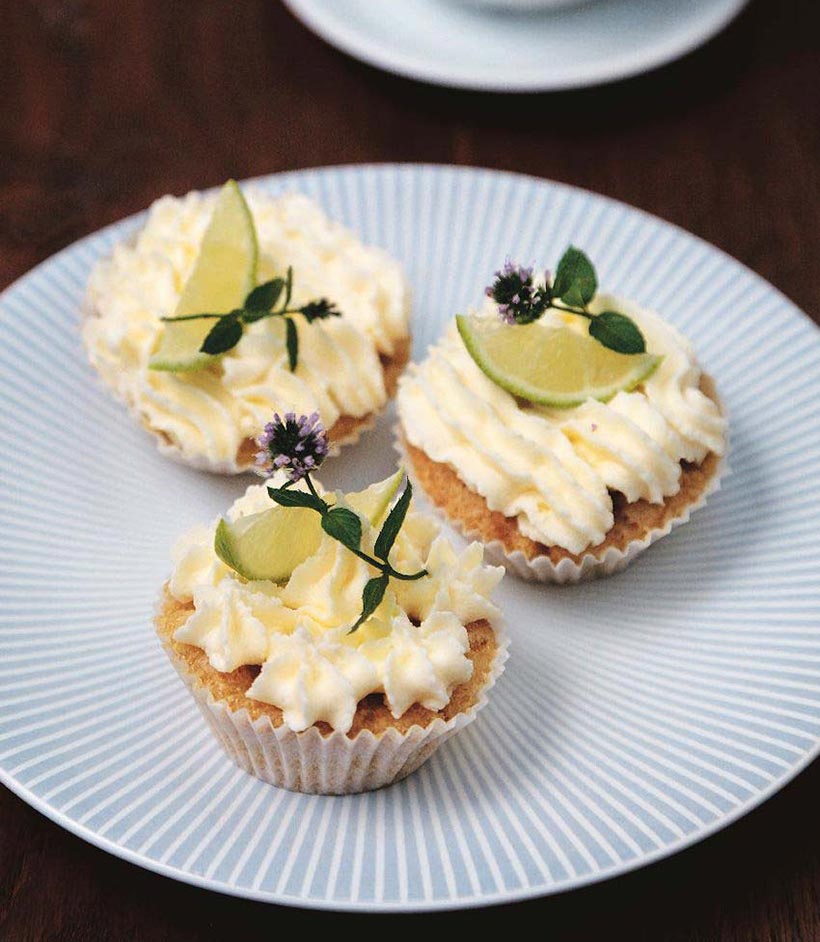 With their dark chocolate base and fluffy icing topping, these vegan cupcakes not only look like little pints of Guinness, but they’re made from it too!

Stout helps to make this vegan cupcake recipe extra tender with a beautiful crumb. Don’t worry if you don’t like the taste of stout – the rich chocolate flavour shines through with just a hint of maltiness. 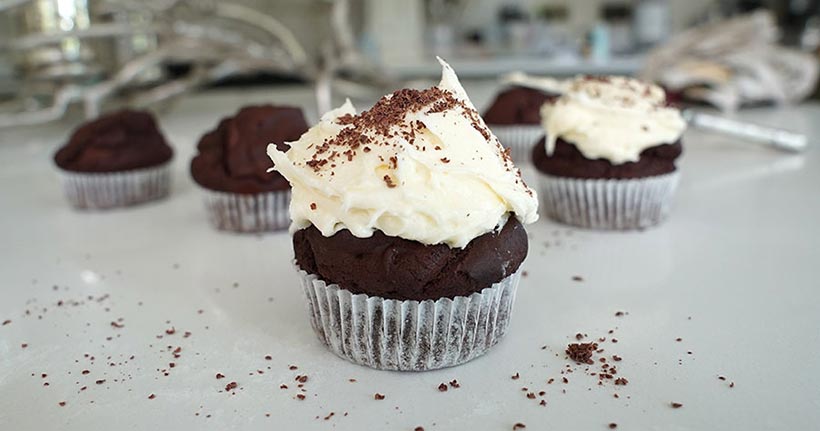 These apple and cinnamon cupcakes are perfect for autumn with their combination of cinnamon apple cake and caramel buttercream icing.

They’re made with applesauce and chopped apples so are super moist and decadent. 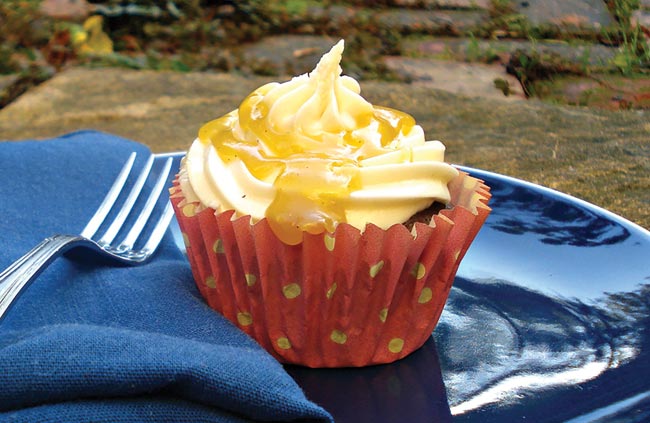 These vegan cupcakes might look simple, but both the cake and the buttercream frosting are made with real strawberry purée that gives them a sumptuous fruity flavour. 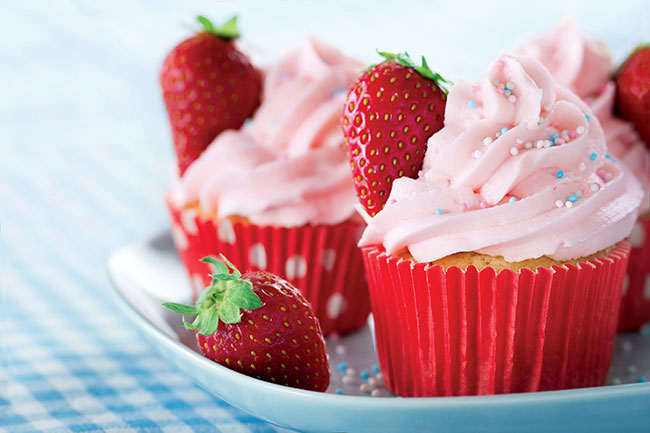 These vegan red velvet cupcakes are a luscious treat. They’re super moist, with a hint of chocolate and vanilla, and the vegan cream cheese frosting is so tasty, it’ll be hard not to eat the lot straight from the bowl! 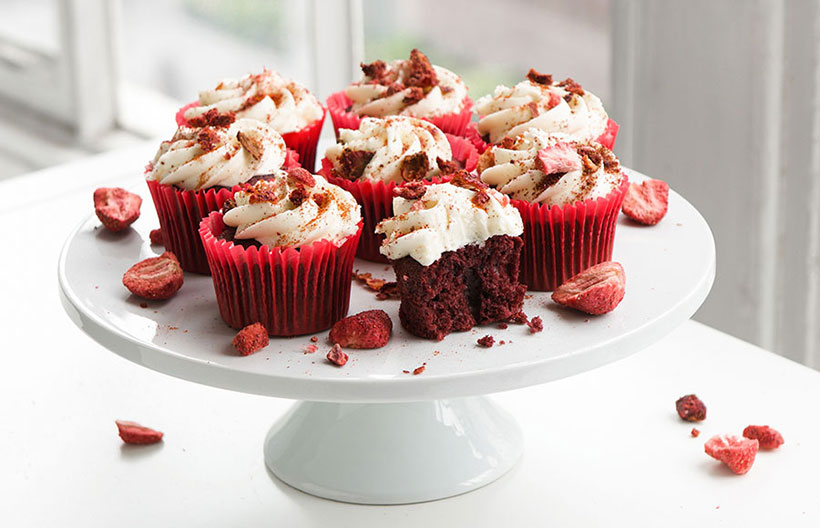 Looking for a spooktacular sweet treat for your Halloween party? These horrifying vegan brain cupcakes will get your guests talking!

Despite their gruesome appearance, these cupcakes actually have a tasty vanilla flavour with a sweet and creamy icing. Kids will love them! 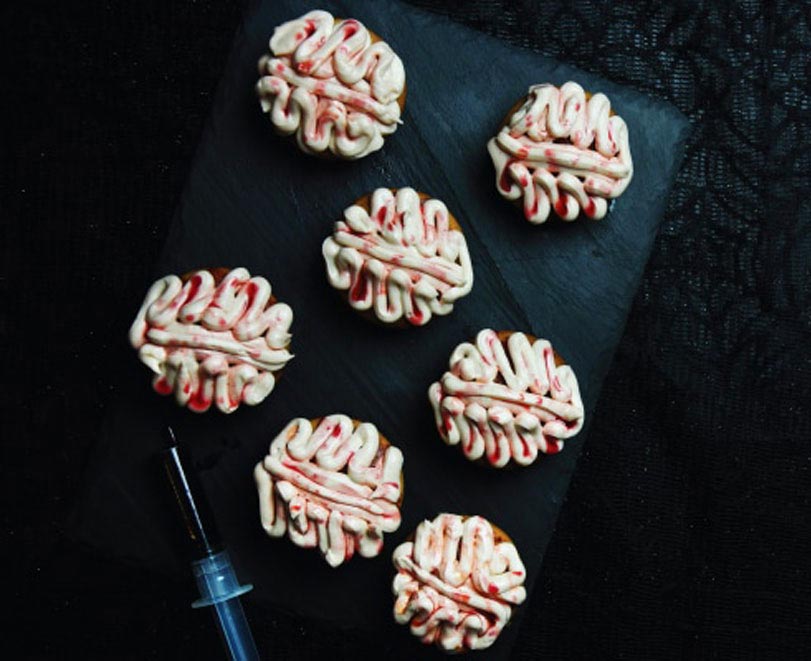 Cherries, chocolate and cream are a sensuous mix of rich flavours that just feel so decadent. They come together in a marvellous feast of flavours with this utterly divine black forest cupcake recipe. 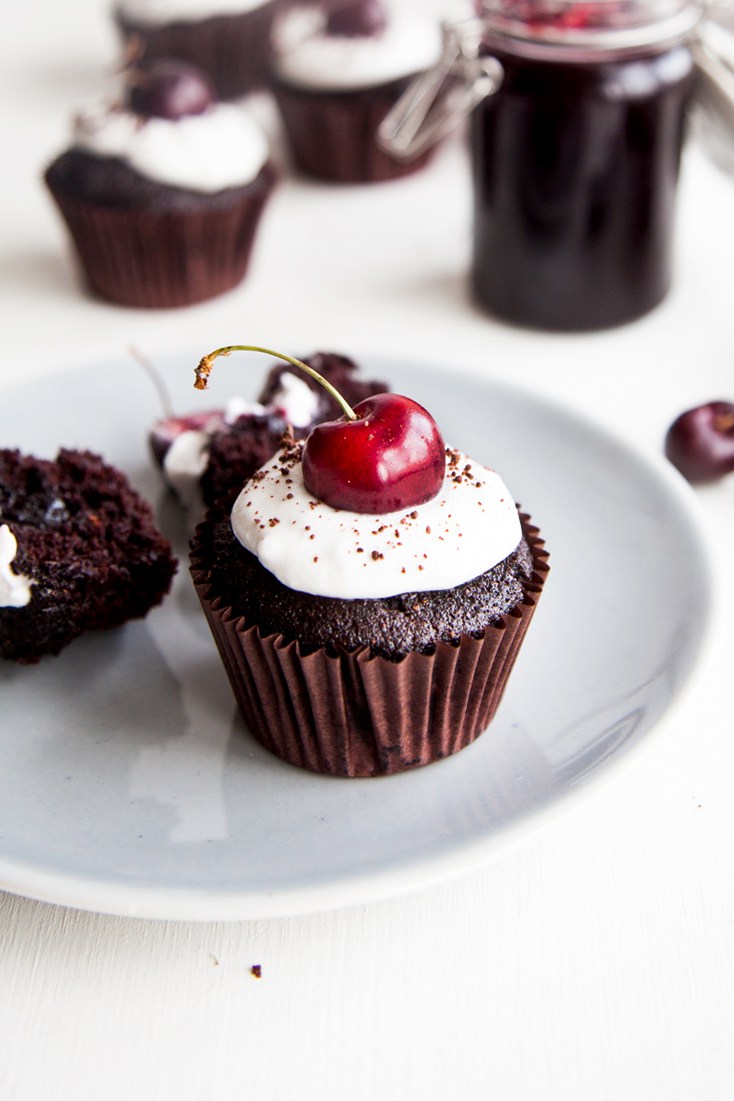 When the hedgerows are bursting with blackberries and you want to make thing other than crumble, these fruity vegan blackberry cupcakes are perfection. 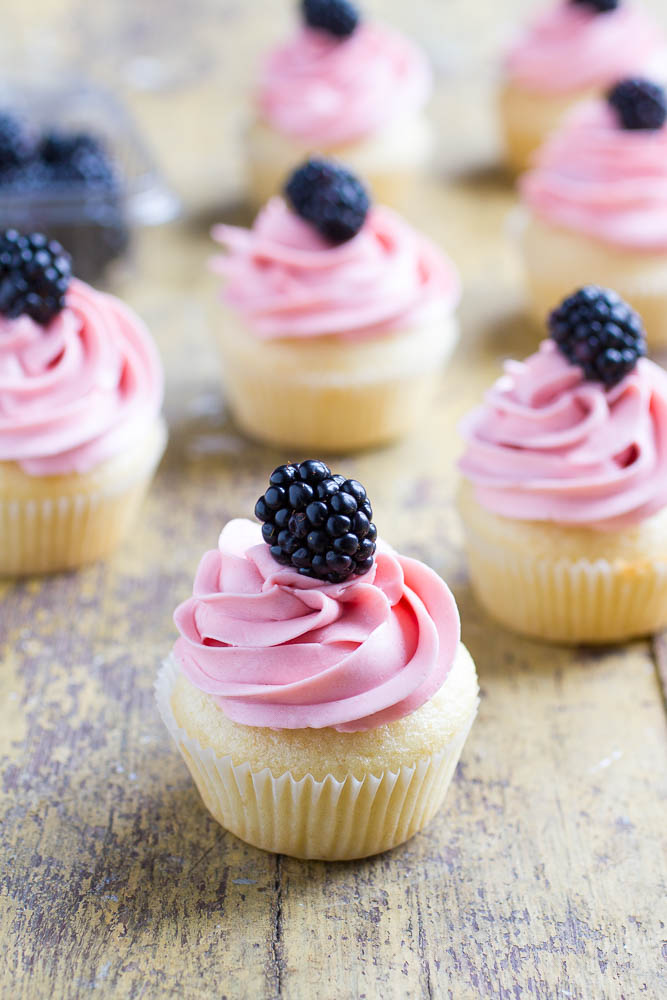 You might be surprised to learn that Oreos are vegan but they are in fact an accidentally vegan treat.

So now you know, celebrate with a batch of these impressive dairy-free cupcakes. A whole Oreo is baked into the cupcake base and then cupcakes are frosted with vanilla buttercream frosting and Oreo crumbles – heaven! 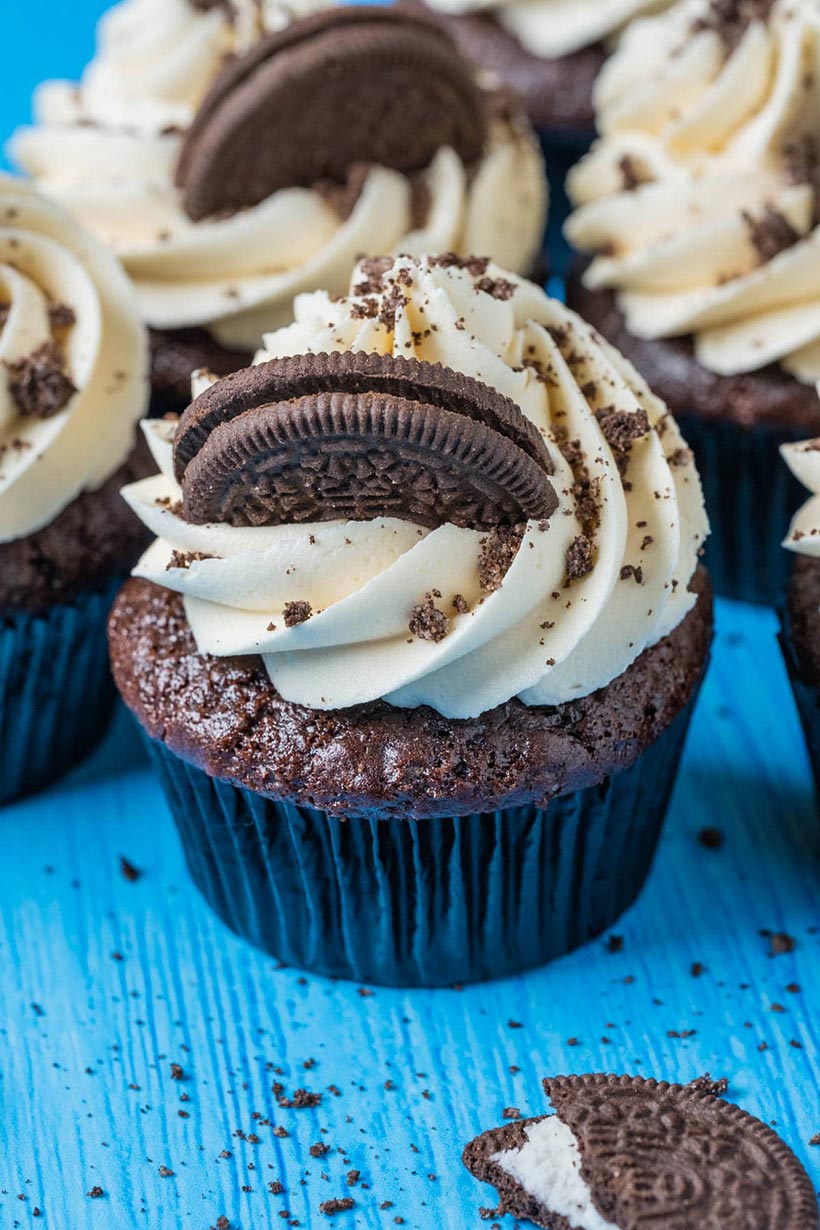 Salted caramel is everywhere now, but if you prefer the buttery flavour of butterscotch caramel you’ll love this vegan butterscotch cupcake recipe. 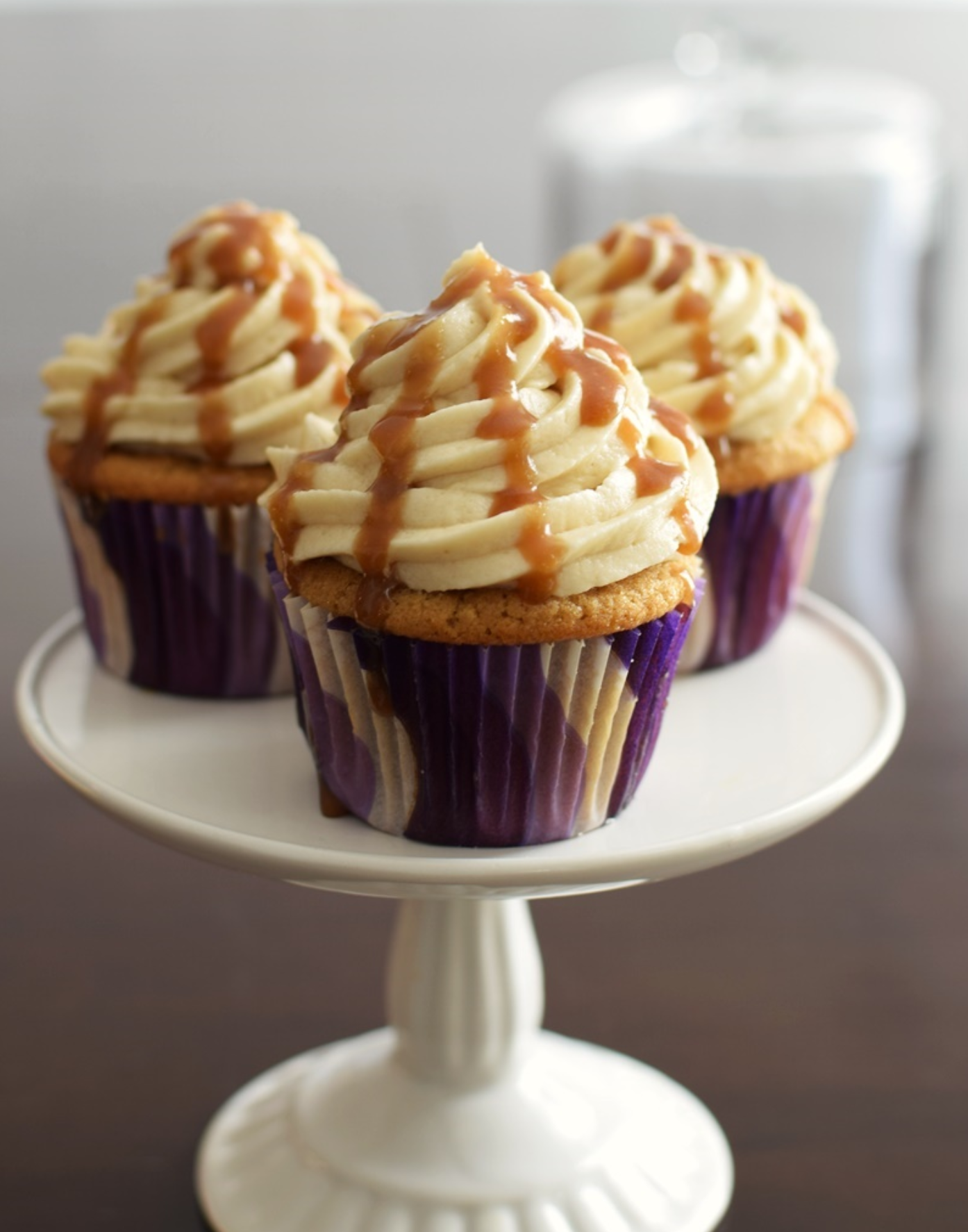 Peanut butter and chocolate is one of the most delicious flavour combinations on the planet, and it makes a wicked vegan cupcake.

The cupcake base is super chocolately and pairs perfectly with the sweet, nutty cloud of peanut butter icing on top. 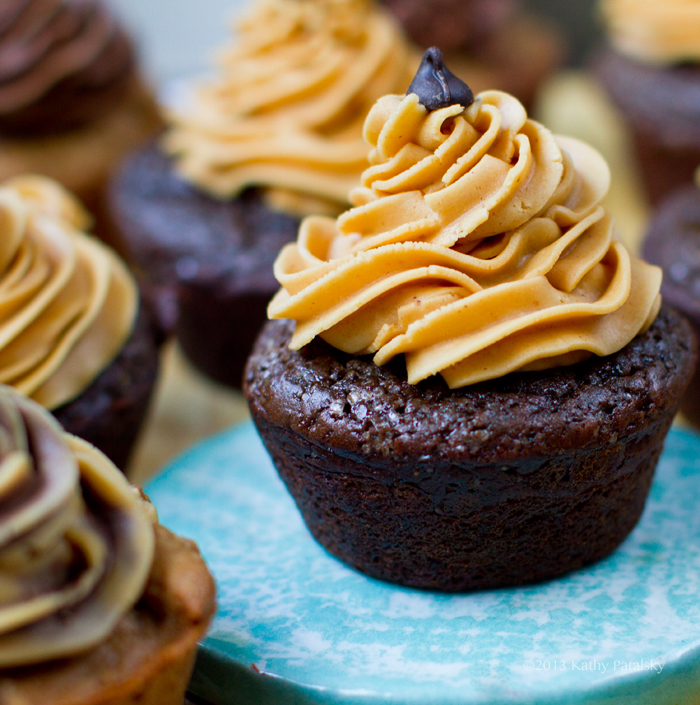 Can’t get enough of the warming flavours of a spice chai latte? Bake yourself a batch of these vanilla chai cupcakes to enjoy alongside your hot drink.

This vegan cupcake recipe is also refined sugar-free so you can enjoy a guilt-free treat. 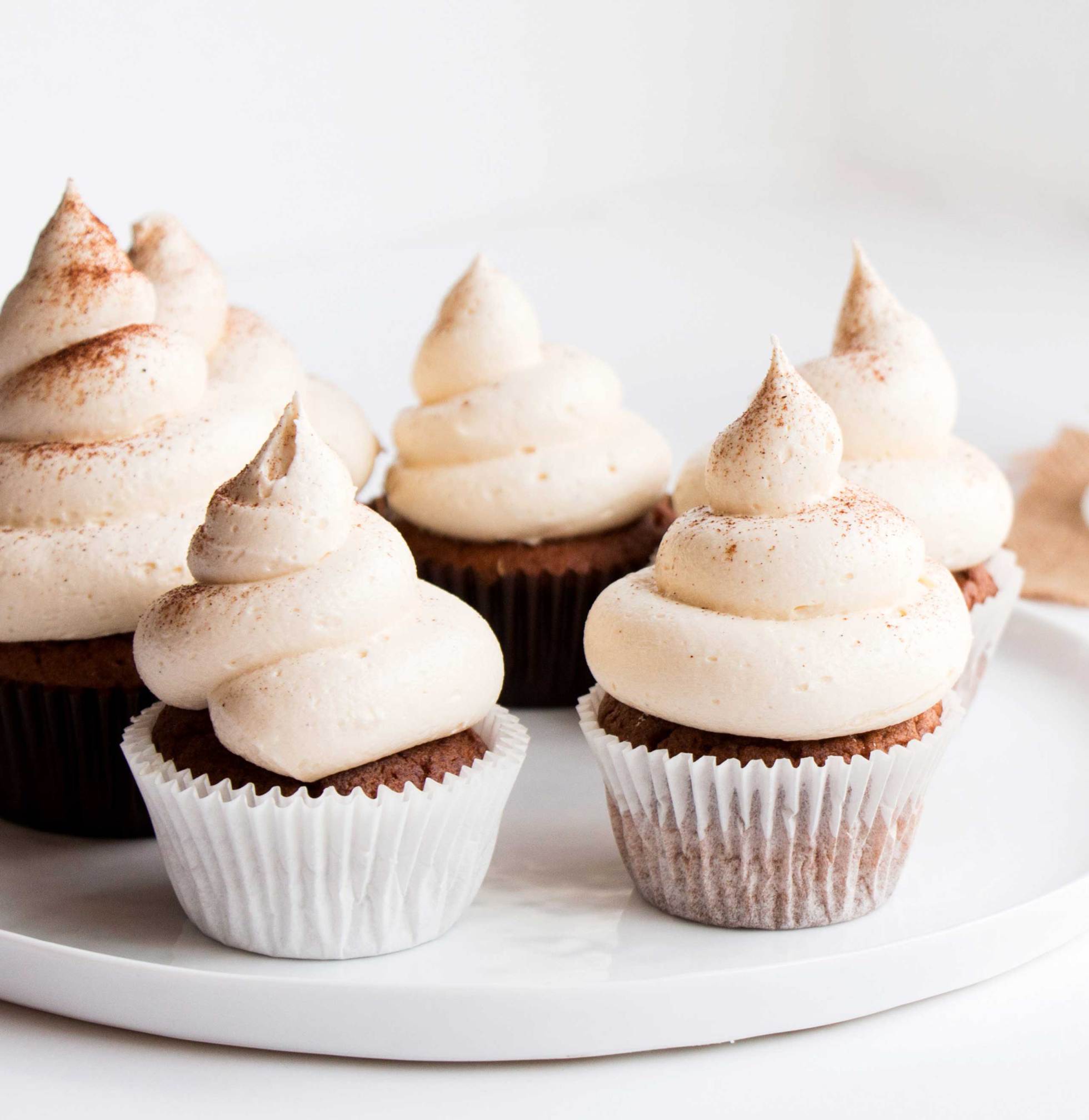 These scrummy cupcakes have all the flavours of the popular autumnal drink in cupcake-form so you can enjoy it alongside your hot drink. 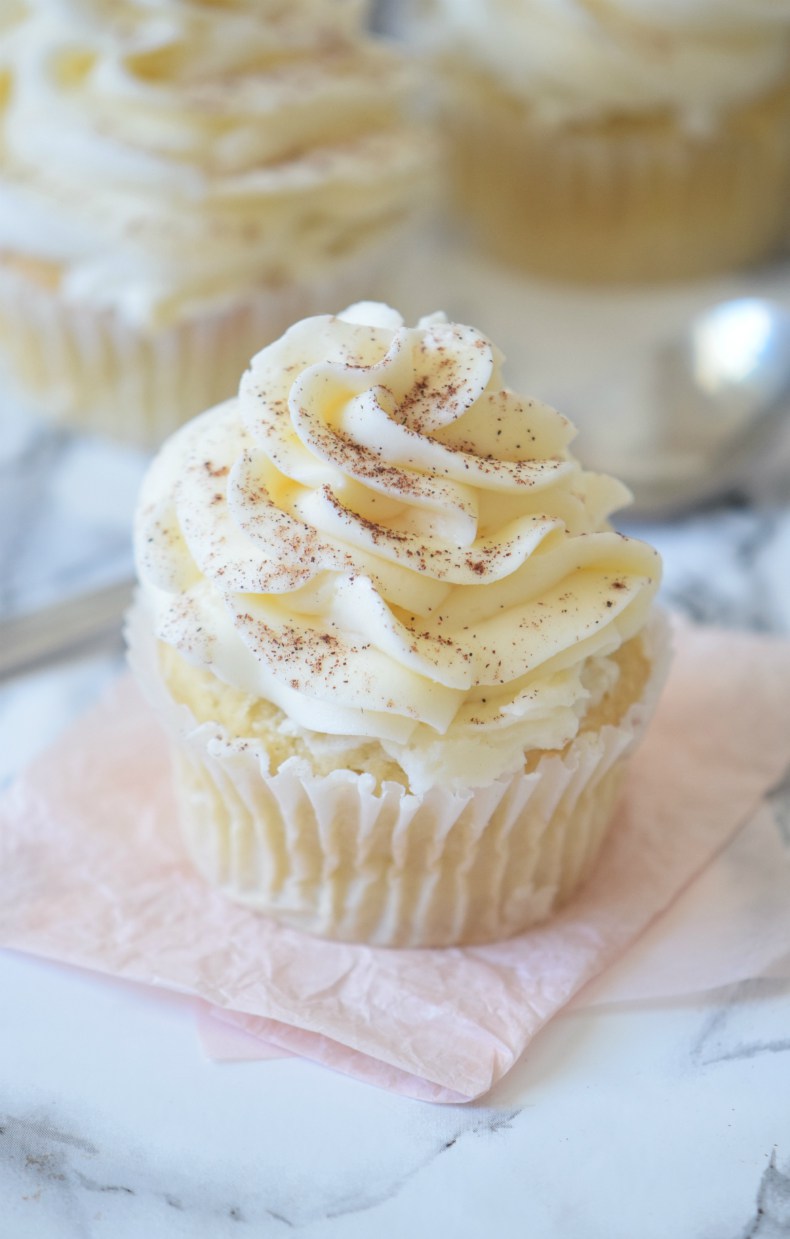 We can’t resist a slice of lemon meringue pie, and it tastes just as good made as cupcakes too!

The luscious lemon sponge is topped with a fluffy pillow of toasted meringue for an impressive treat that never fails to please. 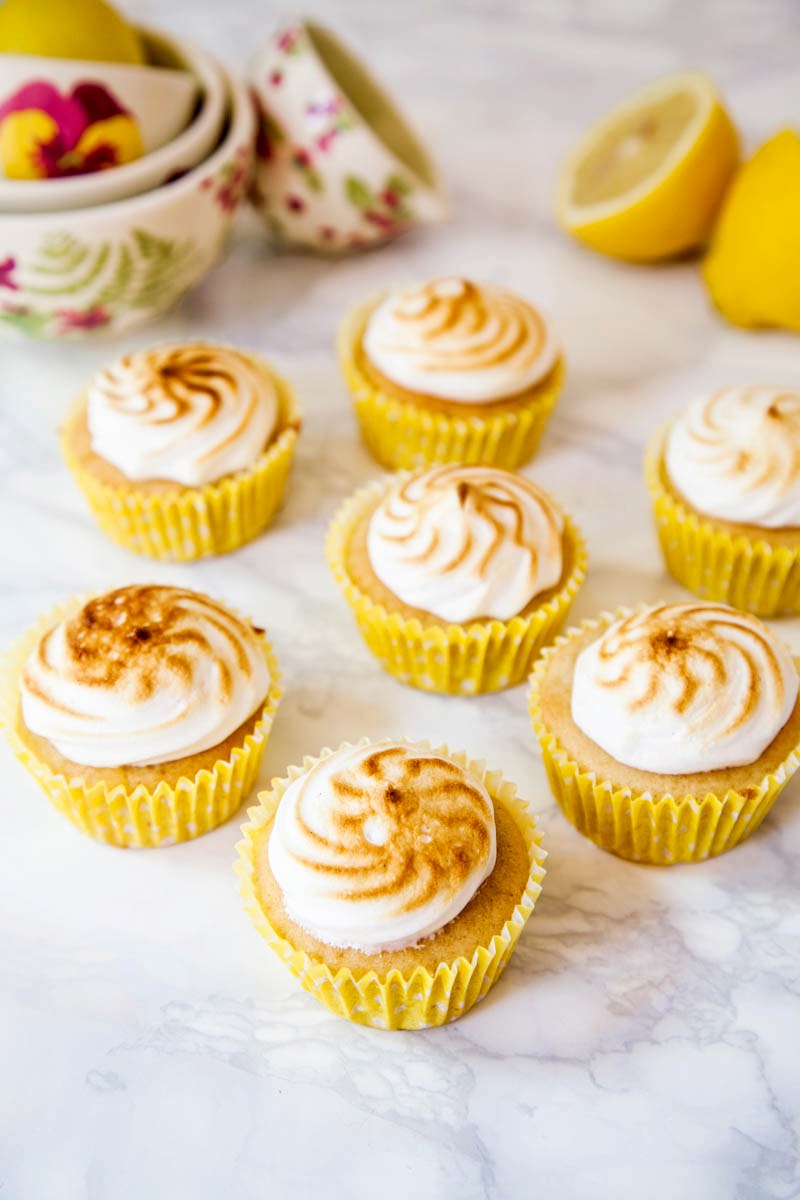 Sometimes it’s hard to beat the classics. That’s definitely the case with these vegan vanilla cupcakes topped with the fluffiest of raspberry buttercreams. 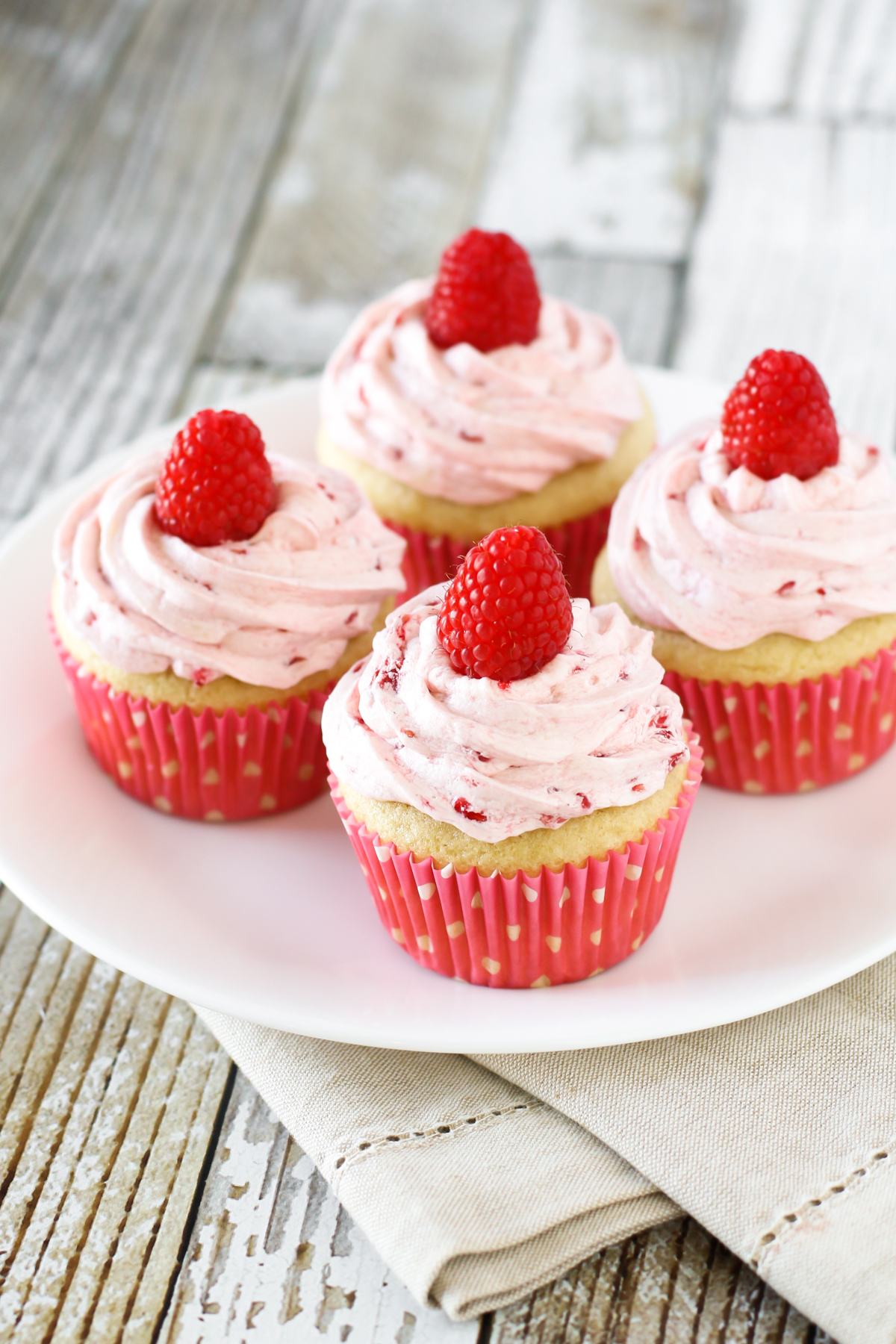 Planning a vegan birthday party? Then you’ll need a cake to go with your vegan cupcakes.

Get the party started with these show-stopping vegan birthday cakes!