Will our kids be the ones that change the planet for the better?

Philip Mansbridge from ProVeg looks at how the younger generation may be the ones to change the planet for the better.

It’s easy to see the vegan movement is growing. Research by the Vegan Society shows the number of vegans in Great Britain quadrupled between 2014 and 2019. In 2019, there were 600,000 (more than 1% of the population).

Not only are more people going vegan, but behaviour is changing. Quite simply, people across the world are choosing more plant-based meals and actively reducing their meat intake.

With the UN International Youth Day this August, it seems fitting to focus on how the youth of today are really taking the lead when it comes to food choices, and how adults, parents, food service businesses and many more could well be lagging behind.

When I was younger, veganism and vegetarianism were very niche. Widely mocked in marketing and adverts, and seen as the extreme end of alternative. Vegan or veggie ‘celebs’ or role models were few and far between.

Far from a mainstream choice, vegetarians would more likely be called ‘hippy’ or ‘tree hugger’ and vegans were the most baffling of all. But today is different.

Then there’s the media itself. Today’s youth has unprecedented access to information on demand, and vegan documentaries just keep coming.

Another shift that resonates with younger people is the focus on climate. Animal agriculture deforests, it pollutes, it degrades land, and it uses copious amounts of resources like water. The Greenhouse Gas (GHG) footprint is huge and accounts for a whopping 14.5% of total anthropogenic GHG emissions (according to the UN FAO).

That’s more than all forms of transport combined. Not only did we not have this insight to hand when I was growing up, but we also certainly didn’t have teenage idols like Greta Thunberg fighting our corner.

So, is the future bright, is the future vegan? According to a recent report from ResearchAndMarkets.com, the global plant-based meat market is estimated to be valued at $12.1B in 2019 and is likely to reach $27.9B by 2025, with a compound annual growth rate of 15% during this period.

When it comes to dairy, we’re seeing that with the trend for plant-based milks the industry is already feeling the effect. But that doesn’t mean the future is vegan… yet. What’s holding us back?

It seems decision-makers may still not be listening to young people. 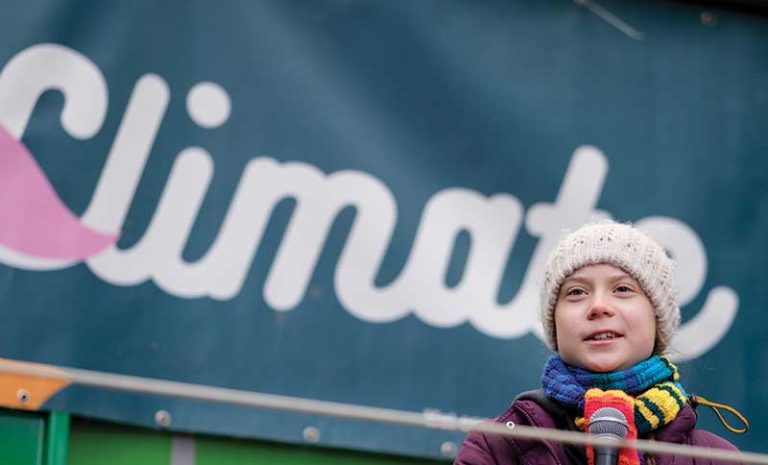 Last year, the Eating Better Alliance commissioned research to find out if eating habits were changing amongst teenagers. Over 60% of the 11-18 year olds surveyed said that climate change was one of their most important issues.

This ranked higher than Brexit. Also, 25% of the 18-year-olds surveyed categorised themselves as vegetarians or vegans. But, the research also showed that many young people feel limited in their ability to actually choose what they eat.

Almost a third of those surveyed said they did want to eat less meat, and that they wanted more meat-free options in school canteens and didn’t have any say on food shopping at home.

Even with incredible initiatives like the public sector’s #20%LessMeat pledge, we still have work to do. We’ve even seen parental backlash when caterers reveal meal swap successes.

Likewise, although many professional caterers support the changes to make their meals healthier, more planet-friendly yet equally or tastier, implementation can be a hard sell. Why? Simply because change can be unnerving. We’re programmed to stick to what we know.

One issue lies with the nutritional guidance we are given. Of course, doctors do what they think is best based on their training and experience. But nutritional training accounts for just around 20 hours of total study for medical students.

That’s 20 hours in total across 5 years of study. This is despite the fact nutrition and diet are also the main cause of lifestyle diseases, like obesity, type 2 diabetes, some types of heart disease and others.

There exists a wealth of data that shows that following a plant-based whole food diet not only tackles diseases like this, it can actually reverse them too.

Cigarette companies in the 1950s proclaimed ‘More doctors smoke Camels than any other cigarette’, or advised smoking is actually good for the throat. In fact, it took thousands of scientific papers that linked smoking to cancer before the surgeon general in the USA publicly confirmed the link. vegan child

I’ve lost count of the times I’ve heard someone say “I went vegetarian or vegan for a bit, but I didn’t feel good so the doctor told me to eat meat again”. How can we expect a doctor who has barely been trained on nutrition (and who likely eats meat) to do anything other than ‘prescribe’ what they know?

Fortunately, times appear to be changing on the medical front, too. Recently, Plant Based Health Professionals UK gathered signatures from over 200 NHS doctors urging the UK government to promote plant based diets.

There’s a final factor – one that is on everyone’s minds now: the global food system. Since the Covid-19 pandemic broke out, an increasing number of experts have spoken out about why our current food system causes pandemics.

Deforestation brings humans and wildlife into closer proximity and ‘factory farms’ create high density single species environments that are so unnatural they can act as a catalyst for viruses. In fact, seemingly all recent pandemics came from human/animal interaction, including HIV, Ebola, Avian Flu (H5N1), Swine Flu (H1N1) and now COVID-19.

Our consumption choices affect our health, more so than just calories and fat content. The new vegan and meat reduction movement isn’t a fad. It’s not about serving those with ‘special’ dietary requirements.

It’s about acknowledging an educated and informed generation. It’s time to ride the wave, not fight it. 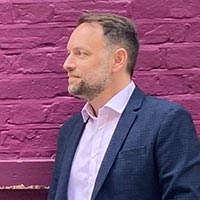 Philip Mansbridge is Executive Director of ProVeg UK, an international food awareness organisation. Philip has headed leading animal welfare and conservation charities, including the International Fund for Animal Welfare. Philip speaks regularly to the media on these issues and at animal and plant-based events up and down the country.