Not only home to the iconic beach boardwalk with a retro coaster, arcade games and carousel featured in the indie movie classic The Lost Boys but also great surf and sandy beaches, an eclectic culinary scene, year-round wildlife and 14 state parks, including the state’s oldest park – Big Basin Redwoods State Park.

The culinary scene has blossomed over the last decade and seen multiple tasting rooms open paying homage to the craft beer and wine scene but also new openings catering for the cultured traveller and hungry vegans.

Santa Cruz is home to many plant-based eateries catering for all-day dining proving that vegan food can be delicious and healthy. There are even a few sweet options to discover.

Snap Taco is a festive taco spot bringing quick and tasty eats and drinks to the people, inspired by the flavours found on planet earth, turning fresh, local and sustainable ingredients into new school tacos. 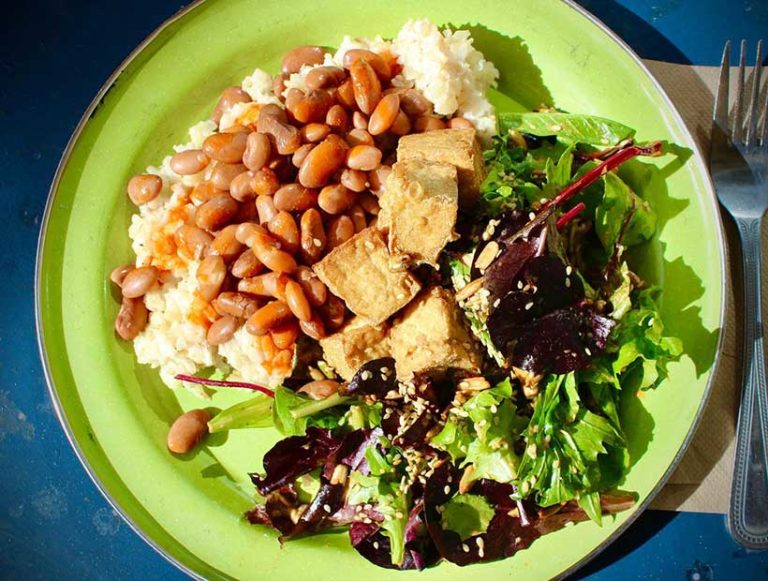 This all day grab-and-go spot provides a lengthy menu of sandwiches, salads, housemade baked goods. Gayle’s Bakery opened in 1978 as a small neighbourhood bakery perched above the historic seaside village of Capitola, California.

Today, Gayle’s Bakery is a bustling, food emporium with an Italian deli and rotisserie, espresso bar and a grab-and-go case that’s perfect for picnics on the beach. 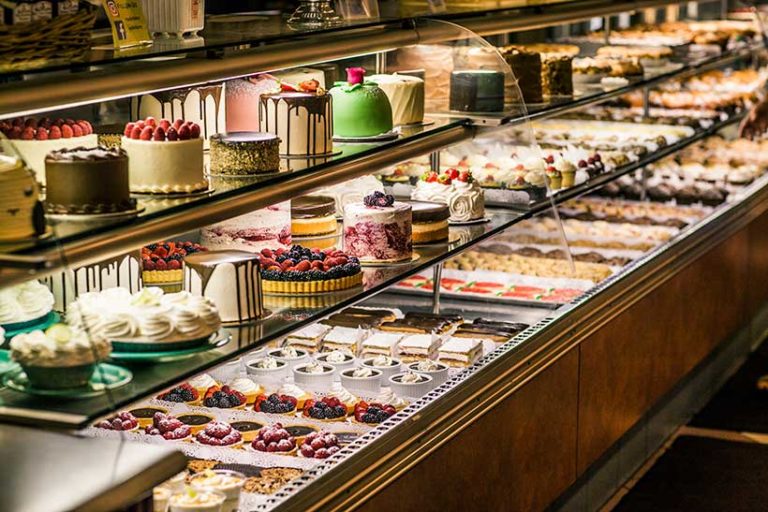 Open since 1985, Zachary’s has been serving staple breakfast and lunch on Pacific Avenue to hungry visitors for over 25 years.

Their menu is built on an “everything homemade” philosophy that starts with three styles of house-made bread (oatmeal-molasses, sour white, and dark rye) and unique home-fries; specialities include the original “Mike’s Mess”, one-of-a-kind sourdough pancakes, coffee cakes from the bakery.

You can visit a different Farmers Market in Santa Cruz every day of the week. For 25 years, the Santa Cruz Community Farmers’ Market has been committed to providing the healthiest produce for and from its local economy.

The Watsonville’s Farmers Market gives a Mercado feel and operates year-round every Friday and finally Aptos; voted best farmers market in California offering an unmatched selection of speciality foods from the county. 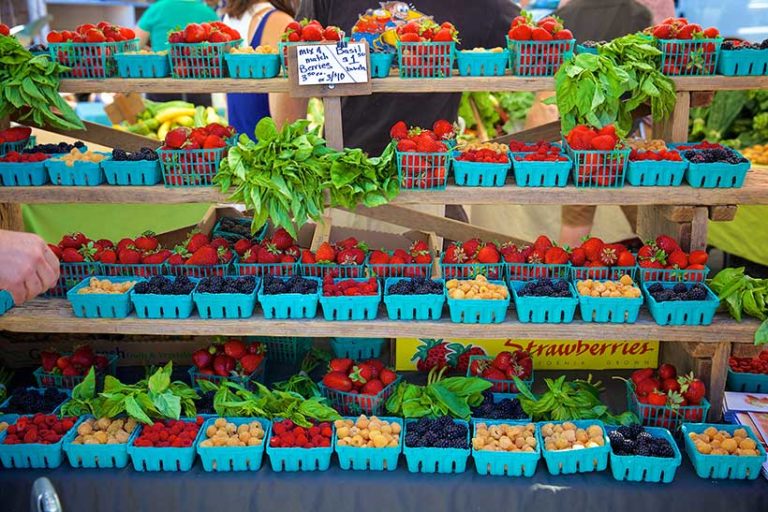 Santa Cruz Vegfest is returning to the county for a second year in April 2020. Located in Cocoanut Grove on the Santa Cruz Beach Boardwalk, this family-friendly event brings together the vegan community and those interested in testing the vegan lifestyle.

With over 90 stands showcasing goods spanning beauty, fashion, food, books, restaurants, nutrition and animal welfare. Throughout the one day festival, a series of sessions on nutrition is held by expert speakers.

Annie highlights points of interest, including the site of an old beer garden with subterranean caves as the bus skirts the scenic coastline of the Pacific and Monterey Bay. One of the stops on the tour is to Santa Cruz Mountain Brewing, an award-winning organic brewery offering seasonal ales, hard ciders and organic beer open for tasting every day. 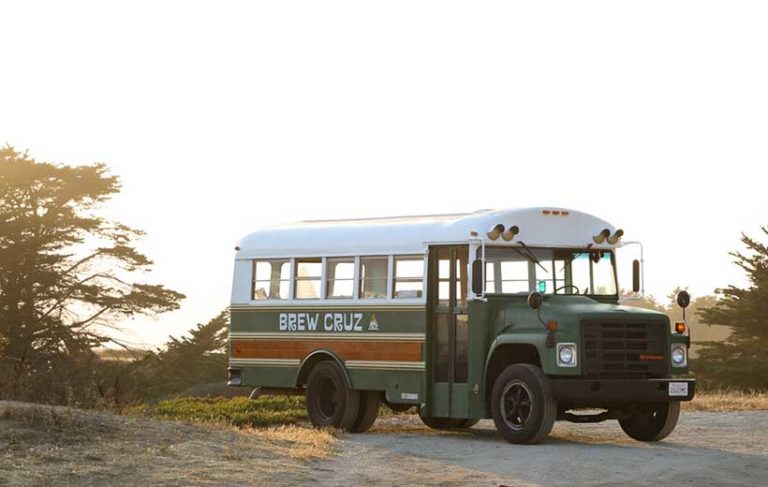 The boardwalk has also appeared in multiple blockbusters including the iconic ‘80s indie classic, The Lost Boys. The boardwalk is also the host of seasonal culinary events including the Boardwalk Bites and Brews (September), Chili Cook Off (October) and the Clam Chowder Festival (February). 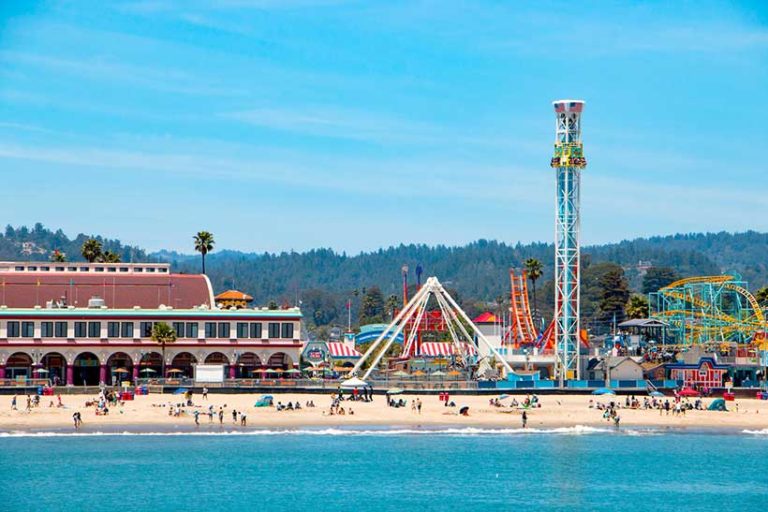 Featuring a natural arch visible from the shore and one of the most photographed beach icons in California, Natural Bridges State Beach is not only a beautiful beachside park but also a known hotspot to see monarch butterfly migrations.

Spanning 65-acres, the park is located on the western edge of Santa Cruz and offers visitors butterfly migration preserves and exhibits, picnic spots, hiking trails and lagoons that attract multiple species of birds, not to mention a great sandy beach. From December to April, the beach is perfect for whale-watching during the grey migration and popular with families as it provides fantastic rock–pooling opportunities at low tide.

Embark on a charming scenic railway ride through the majestic redwoods in at Roaring Camp Railroads, adjacent to Henry Cowell Redwoods State Park. Visitors are invited to hop aboard the century-old steam locomotive that takes passengers on entertaining rides into redwood country, offering intimate views and vistas of towering redwood trees.

Year-round, trains depart from tiny Felton to make an hour-long loop through forests to the summit of Bear Mountain. Along the way, conductors share interesting stories and information about the region and its railroad history. Themed rides are offered throughout the year, including starlight, sing-along western and train robberies. Roaring Camp itself is a recreated 1880s logging camp, with sites including a covered bridge, a period opera house, and a classic general store. 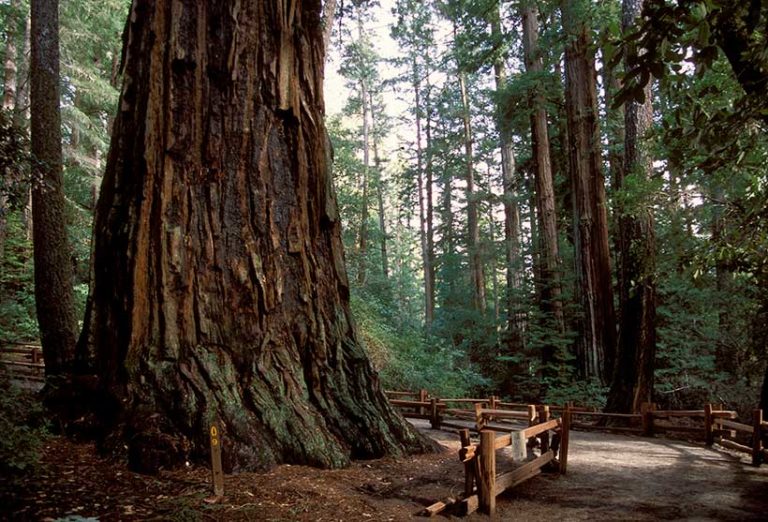 The Pacific Coasts Coast’s oldest seaside resort town, Capitola Village radiates the charisma of a vintage beach community with galleries and boutique shops lining the streets along an esplanade that curves alongside a row of beachside restaurants and magnificent views of the sea.

The whole area has a Mediterranean essence with breezy beach-side cafes, relaxed atmosphere and colourful houses that create a welcoming and warm environment. During the summer, live music and free movies screened on the beach bring visitors from far and wide to enjoy soak up seaside atmosphere. 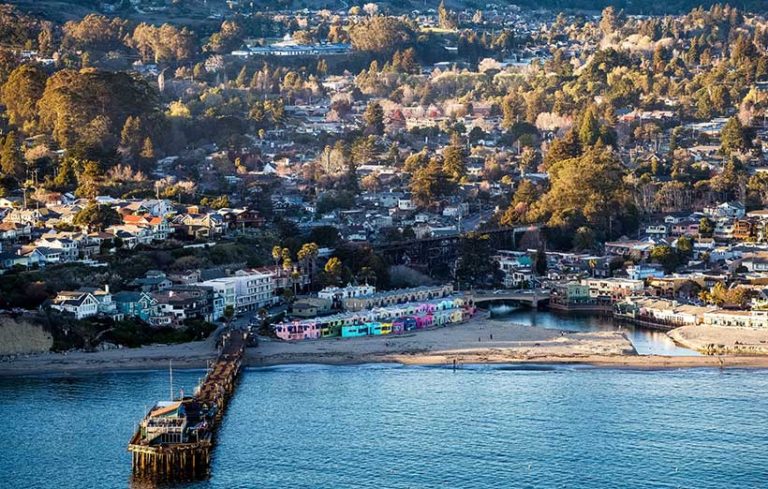 Known for its award-winning wines, Lester Estates Wines is a boutique winery located in Pleasant Valley. Visitors are welcomed to embark on a new tasting experience that welcomes up to eight guests on a private tour of the 210-acre estate with a gourmet picnic and up to six wines to choose from.

The tour starts at the brand new tasting barn with a walking tour of the vineyards. From there, guests board a restored 1981 Land Rover Defender for an adventure through the Deer Park before concluding at the top of Elephant Hill with panoramic views of Corralitos, Pleasant Valley and Monterey Bay surrounded by mature redwood groves. 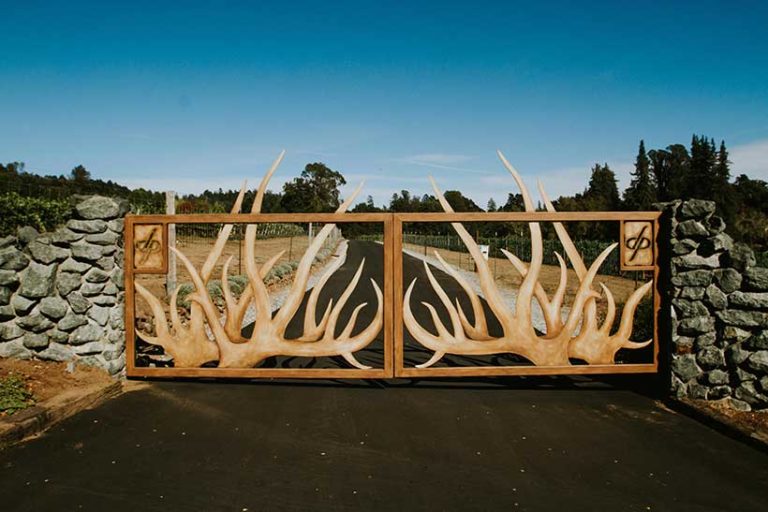 Direct flights to the capital of the Silicon Valley, San Jose, are available year-round with British Airways from London Heathrow and return fares start at £299 return in economy.

From there, Santa Cruz is a short 45minute drive. Flights are also available to San Francisco with multiple airlines from across the UK and road-trippers should follow the iconic HWY1 route to downtown Santa Cruz.

Perched atop one of the most spectacularly scenic vantage points on the entire Santa Cruz coastline, Beach Street Inn and Suites offers guests breathtaking views of the entire Monterey Bay. The view from many of the rooms looks directly over one of the most popular Santa Cruz beaches; Main Beach.

Just steps away from the sand and adjacent to the storied Santa Cruz Beach Boardwalk and the historic Santa Cruz Wharf, Beach Street Inn and Suites is one of the best choices for accommodation because it perfectly captures the quintessential oceanfront lifestyle that has made Santa Cruz the perfect beach escape for a romantic getaway or family vacation. 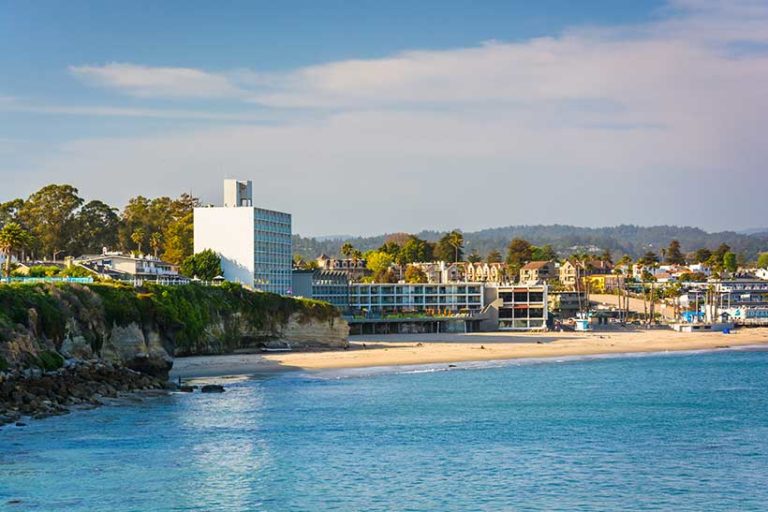 Striking the perfect balance between nature and urban design, Hotel Paradox offers visitors a stylish place to stay, near Downtown Santa Cruz but designed with a rugged mountains and majestic redwoods theme. 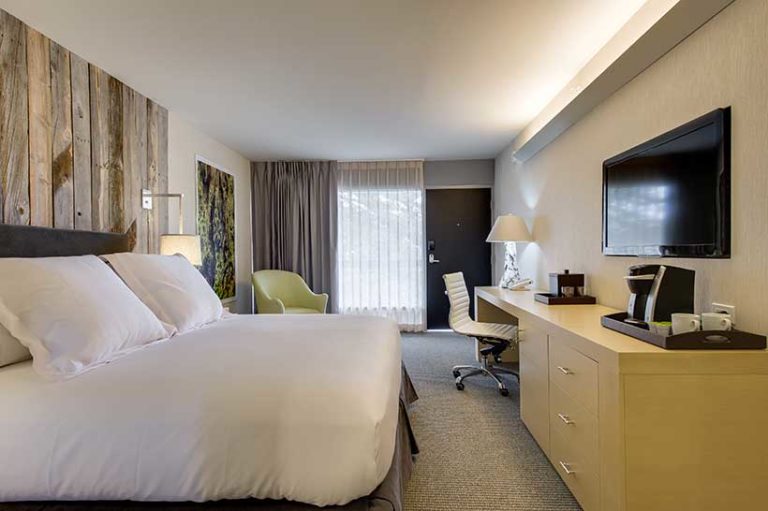 Nestled near the enchanting redwood forests, Four Points is a charming California retreat for adventure seekers. Nearby attractions include the Santa Cruz Beach Boardwalk, Roaring Camp Railroads and University of California Santa Cruz.

After an action-packed day, refuel with California-inspired small bites and a local craft beer at 5030 Restaurant & Lounge, before seeking the comfort in the cosy hotel rooms. Private balconies allow guests to watch the sunset over the majestic redwoods before plunging into plush bedding for a restful night.