A vegan's guide to Gothenburg

A vegan’s guide to Gothenburg 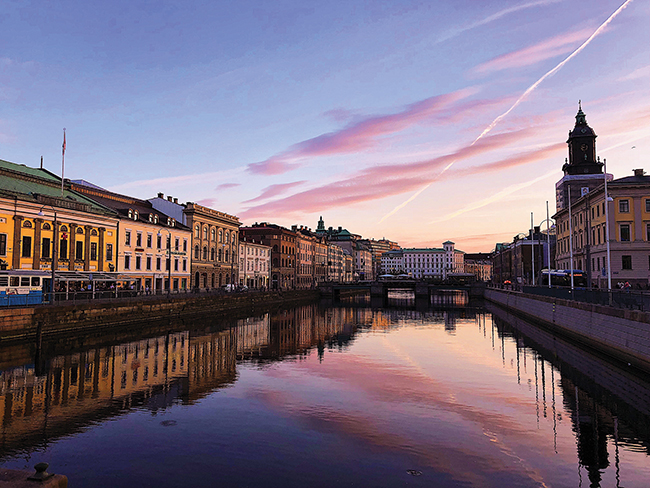 Situated on Sweden’s west coast, Gothenburg is the country’s second city and largest seaport. Designed by the Dutch in 1621, this compact city is easily explored on foot and boasts ornate bridges crossing canals, wide boulevards, splendid architecture, acres of parkland and myriad restaurants and cafés. In fact, Gothenburgers indulge their passion for coffee and cake so much, they’ve even invented a word for it – “fika”. People take it so seriously that during cold snaps blankets are dished out at open-air cafés.

Like elsewhere around the globe, veganism is booming in Gothenburg with an increasing number of exclusively vegan restaurants and cafés – while many others offer exciting vegan options. Here are some of my favourites, all sampled during a recent trip to the city.

Run by husband and wife Ida and Staffan Wittrock since 2017, MIM is a cosy, kitsch restaurant tucked away in the Brämaregården district on Hisingen, Sweden’s fifth-largest island. With its marble tables, decorative lamps and local artists’ paintings adorning the walls, it’s a must for anyone seeking delicious street food-style vegan fayre. 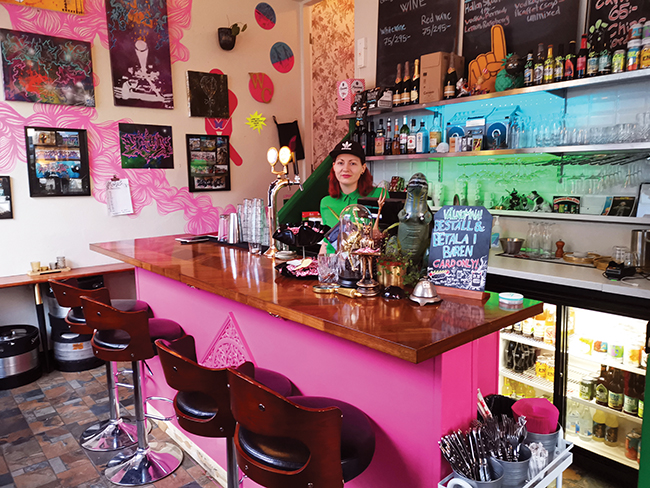 I highly recommend this café which opened in 2012. Situated within a culture centre a stone’s throw from Järntorget Square, this alcohol-free venue has a relaxed vibe, providing the perfect meeting place for locals and tourists. Everything baked within the café (90% of the menu) is vegan and, largely, nut-free. Oumph!, a soya protein meat substitute made by a Swedish company, is frequently used. 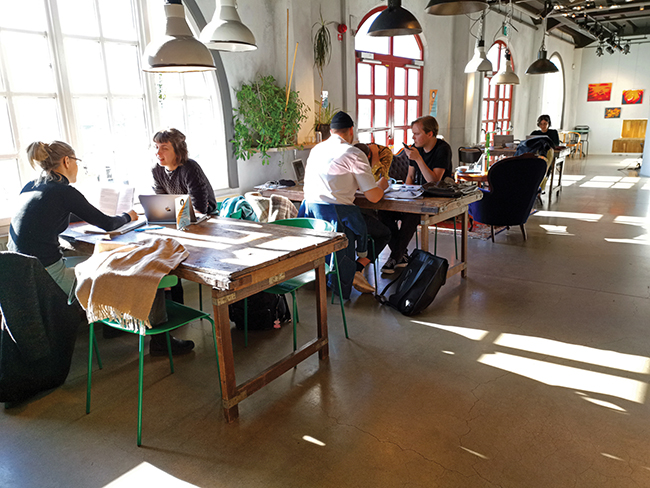 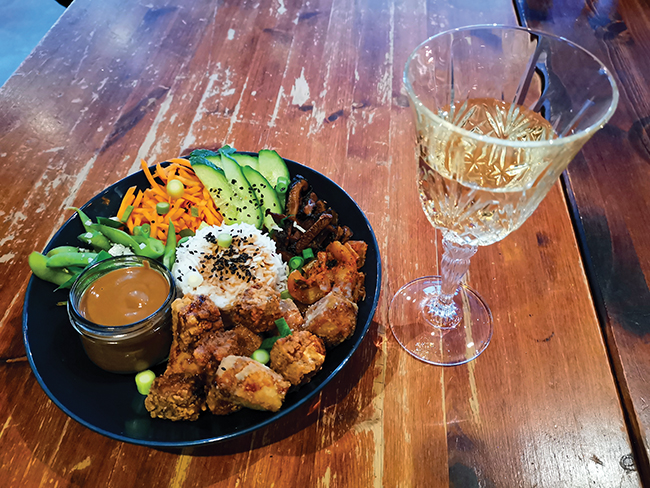 Cooked from scratch, dishes (and drinks) are 100% vegan using ingredients such as seitan, tofu and tempeh. I’d recommend the tempeh bowl with rice and chilli/sesame sauce with veg followed by banoffee pie and homemade basil ice cream.

At this family-owned café near Avenyn, Gothenburg’s main boulevard, 98% of products are vegan; you’ll find everything from sweet cinnamon buns and cheesecakes to grilled sandwiches and lentil soup. 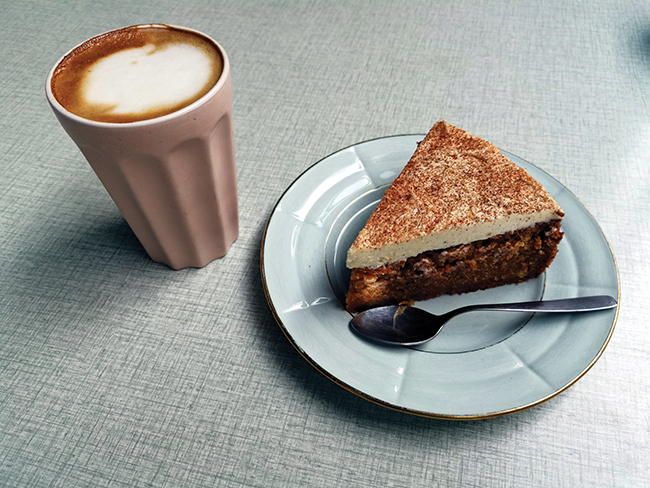 Gothenburg’s old harbour neighbourhood has become a trendy hub for restaurants and bars, and that’s where you’ll find Kafé Magasinet. 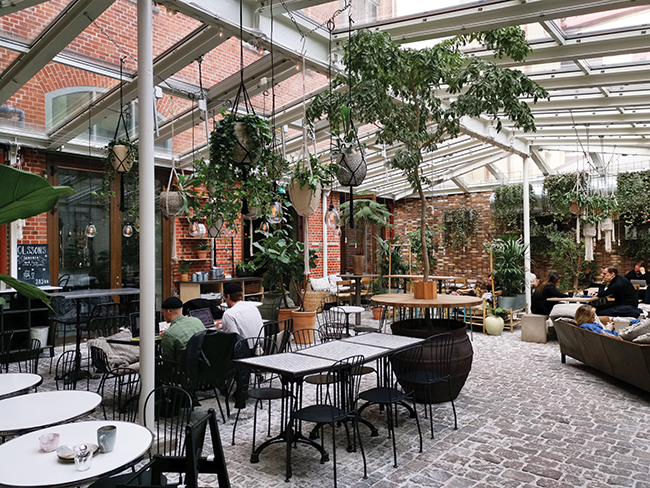 Although not a vegan restaurant, there is a delicious salad on the menu, comprising the likes of deep-fried tofu, roasted nuts, broccoli, sprouts and soya dressing. With generous opening hours, serving everything from breakfast to dinner, it’s popular with Gothenburgers.

If you love sourdough pizzas, head for Brewers Beer Bar where you’ll find a wide selection of artisanal offerings. The bustling bar gets busy very quickly so it’s advisable to book. 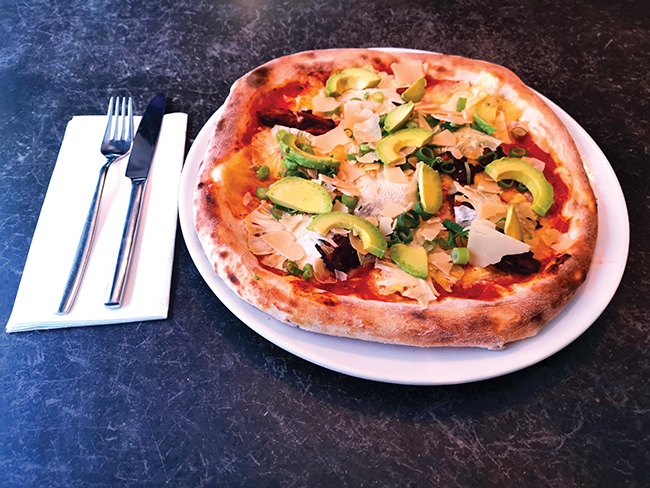 Although meat toppings are available, there are four vegan pizzas on offer, including Vegan Sunshine (tomato sauce, vegan cheese, roasted pineapple, olives, grilled and marinated soya pieces, chives and bell pepper). With 14 beers on tap, there are plenty of drinks to choose from, too.

The Iranian owner has two restaurants in the street, including this vegan-only eatery, specialising in burgers and oat or soya milkshakes. And every month, a new burger is introduced.

As well as this wood-panelled restaurant at Mariagatan, the owners run a successful vegan food truck, selling burgers, rice and other snacks. 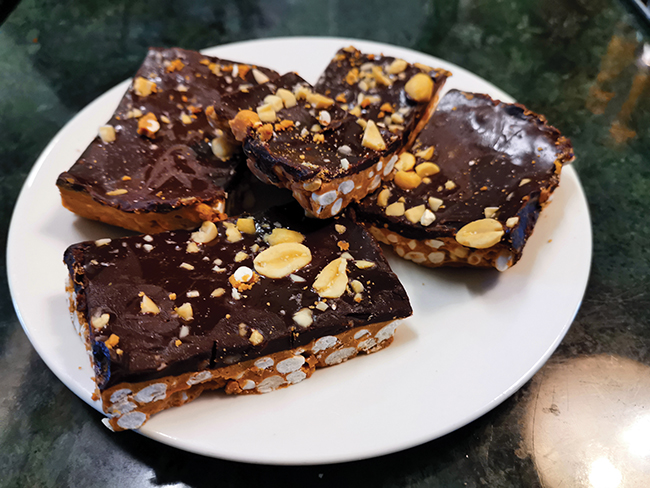 Located behind the city’s famous market hall in Kungstorget Square, season-based dishes are snapped up. At the restaurant, pizzas, burgers and other vegan food are available.

Located in the neighbourhood of Majorna, this is the sister restaurant of popular Kafé Marmelad across the street. If you visit in clement conditions, grab a table on the outdoor terrace and enjoy a glass of organic wine before sampling the food. 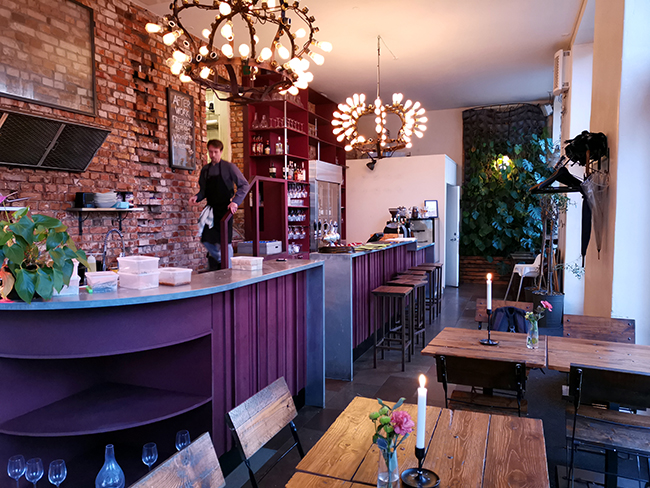 A mix of second-hand, antique, fashion and art shops line the cobbled streets of Haga, the city’s oldest quarter – and there are plenty of cafés, too. The pedestrianised street Haga Nygata is a must because several intriguing shops are found within well-preserved houses, many in the characteristic Gothenburg style with one floor in brick, the rest wood. Conveniently located within walking distance of the city centre, there is a shop for everyone. 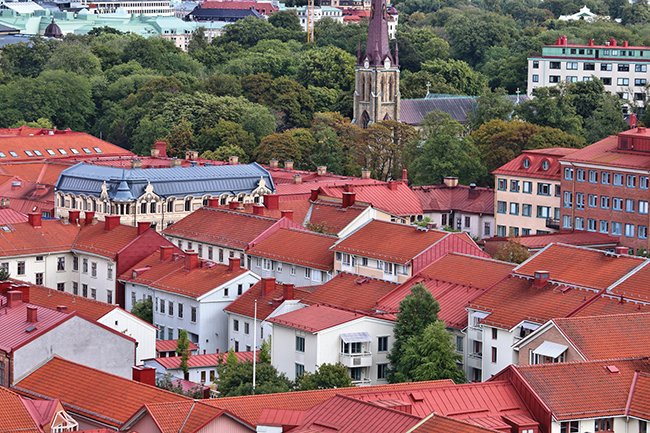 Gothenburg has been home to Volvo since the 1920s, so what better way to see the city’s sights than in a finely-polished 1950s model? Hans provides historic 90-minute sightseeing tours with a difference.

You can get behind the wheel of the vintage vehicle yourself or opt to be chauffeured around. As well as passing more frequented landmarks, Hans’ tour covers locations dating from the period of his classic Volvos. timetravelgbg.se

One of many museums in Gothenburg, this one houses, among other treasures, arguably the world’s finest Nordic art collection. Works from the Renaissance to present day cover six floors. Art lovers are spoilt for choice with countless galleries to admire, with contemporary being the main focus. goteborgskonstmuseum.se

The city’s botanical garden is among Europe’s finest, offering a world of discovery and biodiversity within the gardens and greenhouses. Sited on the quiet banks of Rosenlund Canal, it showcases over 20,000 species of plants, flowers and trees amid sweeps of forest, protected glades and extensive lawns. botaniska.se 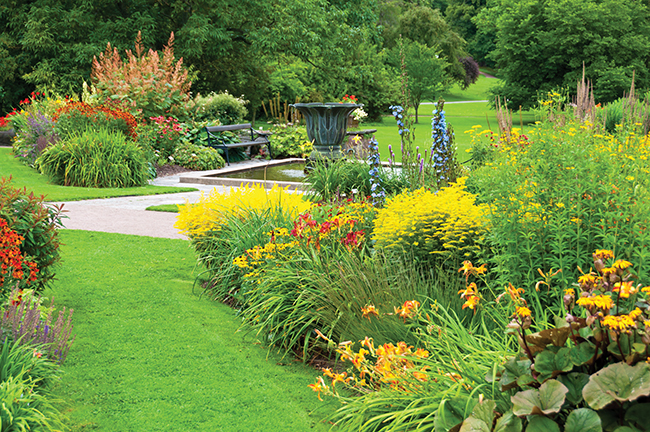 5 Head for the islands

You can’t visit Gothenburg without being seduced by its nautical attractions. Jump on a tram and head for the nearby port of Saltholmen. Board a ferry and explore the southern archipelago, an array of rocky car-free islets sprinkled along the coast. Explore several islands, including Styrsö with its coves, meadows, woods and small beaches. Once a hotspot for Gothenburg’s socialites, it’s now a quiet stress-free haven. 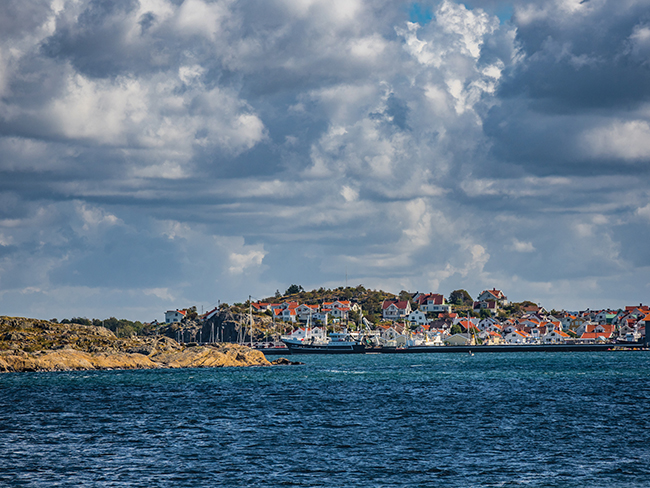 The waterfront is where the city meets the sea, a charming corner of Gothenburg combining old and new. At the heart of this region stands the former Carnegie Porter brewery, which has been transformed into a characterful 4-star hotel. The hotel has good transport links to the city centre via trams, which stop nearby.

This 4-star hotel dwarfs any other in the city – or in Scandinavia, for that matter – and stands alongside Liseberg Amusement Park, which has been operating since 1923 and attracts over three million visitors a year. Its location is ideal for visiting the city centre, including Avenyn.

Its three towers contain five bars and restaurants plus 1,200 tastefully decorated rooms and suites with fab views over the city. Make sure you sample the exclusive spa extending over three floors with its glass-bottomed outer pool.

Several airlines fly direct from the UK to Gothenburg’s Landvetter Airport, situated around 14 miles south-east of the city, including SAS (flysas.com), British Airways (ba.com) and Norwegian (norwegian.com). It’s easy to get to and from the airport. Taxis and hire cars are available and the Flybus takes around 30 minutes. For further information, go to goteborg.com or visitsweden.com. 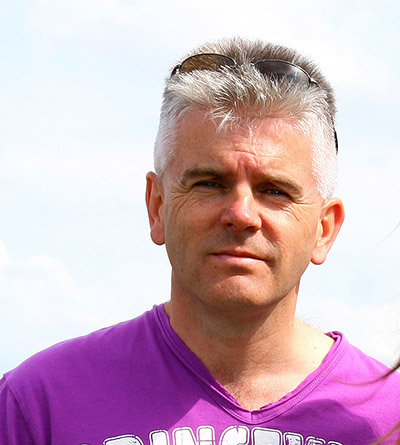 Journalist Richard Webber writes for, among others, The Sunday Telegraph, Daily Mail, Daily Express, The Weekly News and Wedding Ideas magazine. An avid traveller and keen walker, he lives on the edge of Exmoor with his wife and two kids. richardpwebber@gmail.com