Living life in the spotlight wasn’t without obstacles for Alise, but she held firm – and converted others… 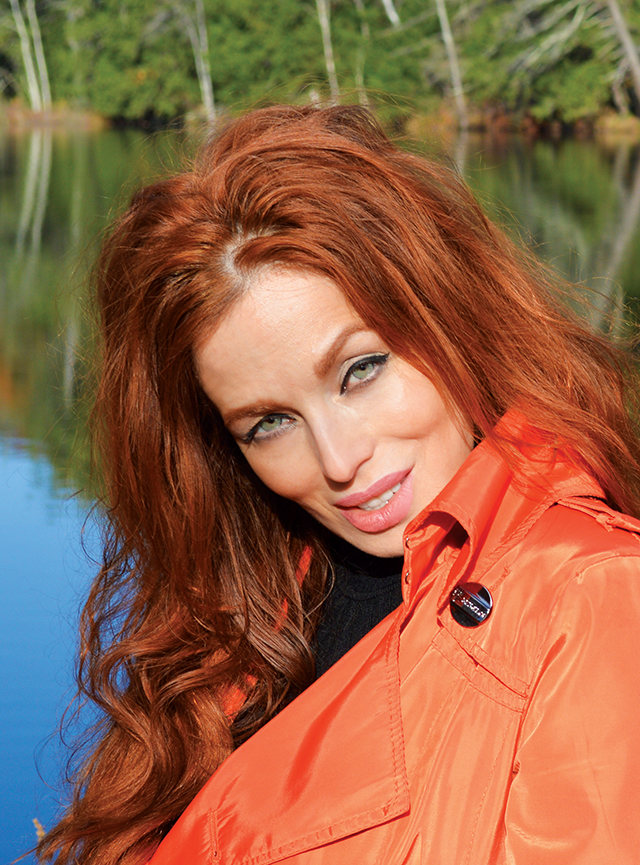 Two eye-openers collided when I was 14. My dear grandfather was nearing the end of his long battle with cancer, and would soon be leaving me. I had only just gotten to know him. His diet was typical of the post-war generation: heavy on meats, animal fats, carbohydrates, and sugars, with a notable dose of alcohol thrown in. It was becoming clear to me during those painful months just how much disease was actually in my family, and how much of it was linked to diet. That food could somehow affect how you felt, both physically and emotionally, had been a completely foreign concept to me up to this point.

At the same time, I was just becoming aware of animal cruelty. PETA was on the rise and in the news (this was pre-internet), and all my older friends who had fled the suburbs and were living in the city were going vegetarian for both health and karmic reasons.

I said goodbye to my grandfather for the last time. Closing the hospital room door, I made a silent promise to myself, and to him, that the disease ended here. This was a radical concept for a teenager. My obsession with good health was born, although I hadn’t the slightest idea how to go about it. I had stopped eating meat because I couldn’t bear the thought of hurting an animal, but I had nowhere to turn for actual nutritional advice. Back then, being vegetarian in a small town meant you just ate a lot of cheese.

Several years later, out on my own, I began to explore food from other cultures, and found that plant-based diets could actually be found everywhere. And I couldn’t believe the flavours! Exotic spices and healing herbs became my best friends. I became good at taking a traditional recipe and making it not only free of animal ingredients, but also healthy.

This still turns me on, decades later. It riles me when it’s assumed that vegan food has to be tasteless and unappealing. It also makes me angry when it is falsely believed that all vegan food is automatically good for you. We have to be aware of good and bad fats, food combining, sugars, the right kinds of salt, the dangers of processed faux meats…the list goes on. If we don’t, then from a health perspective we aren’t doing the world any service whatsoever.

Over the years, I went in and out of pure veganism. Time spent in fashion design, and then as a model and actress, tested my will power. The lure of a backstage Camembert platter could always brake me. And eggs! Travelling the world, you could always count on an egg to get you through.

By now I was delving into the symbolism of foods, the mystical significances, and the emotional connections. I became immensely interested in why we gravitate towards certain flavours and textures, and why we crave what we are actually allergic to. I was intrigued by eating in harmony with the lunar cycles, the seasons, and astrological movements.

When the concept of raw food came into my orbit, it sent me reeling. I went vegan again, this time with a fervour. I began to compile everything I knew into what is currently forming into a book series, got a holistic nutrition certification, and gave birth to my blog, Alise In Wonderland (www.aliseinwonderland.com) as a way of connecting with people and showing them how to create sensual, delicious, healthy vegan food and beauty potions by tapping into the power of plants. Practical magic, if you will.

It’s interesting now to be the only person in the room who isn’t enjoying the spoils of craft services, especially in fields where glamour is synonymous with indulgence. I’ve learned to bring my own food everywhere, just in case. Through long rehearsals and overnight shoots, I’m always the one with the containers of concoctions.

I get some strange looks, but I also get a lot of people nearly falling over when I tell them I’m 47. My response? ”Plant Power, baby!” Sometimes a light goes on – and someone else sets out on the vegan journey.