There are as many different routes and reasons to be vegan as there are people on the planet, and here Emily Price tells Keelan’s own unique story.

Keelan Williams, 22, from Merthyr Tydfil in South Wales, had become unhappy and under-confident performing his drag act when his weight began to tip the scales at over 24 stone, so he took action and completely changed his eating habits in 2018 when he became vegan as a result of a new year’s resolution.

Keelan, who works as a sous chef by day, said that before the massive 11 stone weight loss, he was struggling to fit into size 24 dresses for his touring drag show, but now is having beautiful size 12 dresses made for him for the stage.

“Before I became vegan, I was a full-on meat and dairy eater every single day. I was eating a lot of sweets and cakes and I was feeling uncomfortable with myself when I was performing, because of how big I was.

“I saw that Veganuary was coming around and I decided I really wanted to give it a go. I wanted to stick to a diet that would benefit my health and the planet.

“Growing up at home there were no vegans in my family, so this was completely new to me. I really wanted to make the change to my lifestyle and give it all I had.

“I realised that by going vegan I could do my bit in helping to reduce the amount of suffering that happens to animals and our environment.

“The weight started to drop off really quickly. I felt healthier and it was a huge confidence boost when I was on stage.” 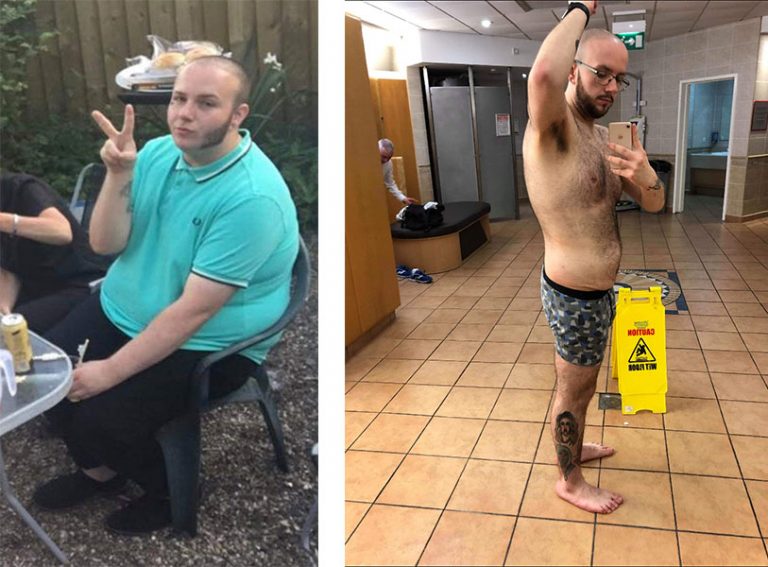 Veganism has become more popular over the years with many fast-food chains offering their own vegan options.

Keelan, who goes by the stage name of Martha Tydfil, began cooking at home using vegan ingredients. Despite his traditional background and training as a sous chef, he realised that he had a real passion for plant-based and vegan cooking and now encourages his mum and his friends to try out his vegan recipes too.

Two years on from shedding the pounds, Keelan is working to open his own vegan café in Merthyr Tydfil town centre in the next few months, once things have settled down. The menu will include homely meals, such as vegan curry and chilli sin carne, as well as homemade vegan cakes and biscuits.

“There are so many alternative meat products out there now that can be used in fantastic recipes. A vegan burger can be just as tasty as a meat burger.

“I can’t wait to open my café and be able to share my lifestyle choice with others and have them enjoy it as much as I do.”

Last year Keelan proudly ran his first ever Merthyr Tydfil half marathon, which he says he would never have dreamed of doing before his change to a vegan diet.

“If I hadn’t made the choice to become vegan, I would have carried on gaining weight. There are so many opportunities on the horizon for me now with opening my vegan café and my drag act becoming more popular. Being vegan is a lifestyle choice for me that I will never change.

“If anyone is thinking of becoming vegan, then do it for three reasons. Do it for the animals, do it for the environment and, most of all, do it for yourself. I did it and I haven’t looked back.”