The star of TV series Dirty Vegan Matt Pritchard gives an insight into his journey from prankster to plant lover.

Depending on your age, you may or may not remember Cardiffborn Matt Pritchard’s crazy stunts and shocking pranks on Dirty Sanchez, which ran from 2003-2008. A party boy whose motto was ‘Sleep When You’re Dead’, no one could have predicted that he would become a vegan chef and endurance athlete. We caught up with him this month to talk about his new book and how he cleaned up his life.

When did you go vegan and why?

Four years ago, I got a dog – Lenny the springer spaniel. He’s my best mate and I started to think ‘I wouldn’t eat my dog, why am I eating all these other animals?’. Then I watched Cowspiracy, and that was it. The next morning I went vegan. I guess I just woke up. Cow’s milk is for calves!

Tell us about your endurance training…

I started in 2009. I’d been part of Dirty Sanchez for years — travelling, touring, drinking, etc and it takes it out of you. I’d run the Cardiff half marathon at 15 and wondered if I could do it again. So I did it, and then I did a full marathon and then I had the bug. I ran the country — 900 miles in 30 days. I did an Ironman, then I did 30 Ironmans in 30 days. All on a vegan diet.

What do you eat to support your training?

I eat whatever — just no animals! Although if I have a big event coming up I’ll add tofu to meals for protein and I take Huel protein powder before and after. 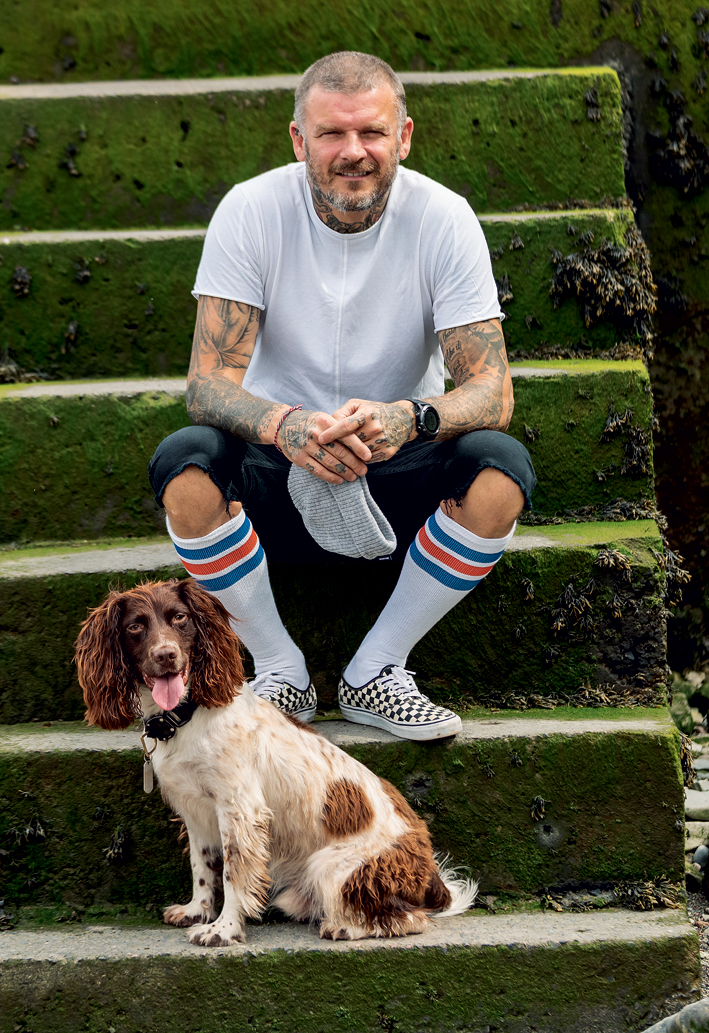 Have you experienced negativity since going vegan?

Coming from Dirty Sanchez and then suddenly becoming a vegan runner was bound to attract backlash. People wondered what had happened to me! It’s called looking after yourself.

I recently advertised my book on Facebook, and that prompted loads of backlash. I wasn’t preaching or anything but the Welsh farmers were on my case big time.

What advice would you give to anyone that’s new to veganism?

Take it slowly and plan your meals. We’re all busy but take time to make meals on a Sunday, such as lunches for work and so on. If you mess up, you don’t need to go to the sin box at the Catholic church. It’s not the end of the world — keep going.

I love the Spanish sausage from the Waitrose range. It’s so realistic. Ben & Jerry’s ice-cream is awesome, as is GÜ cheesecake. 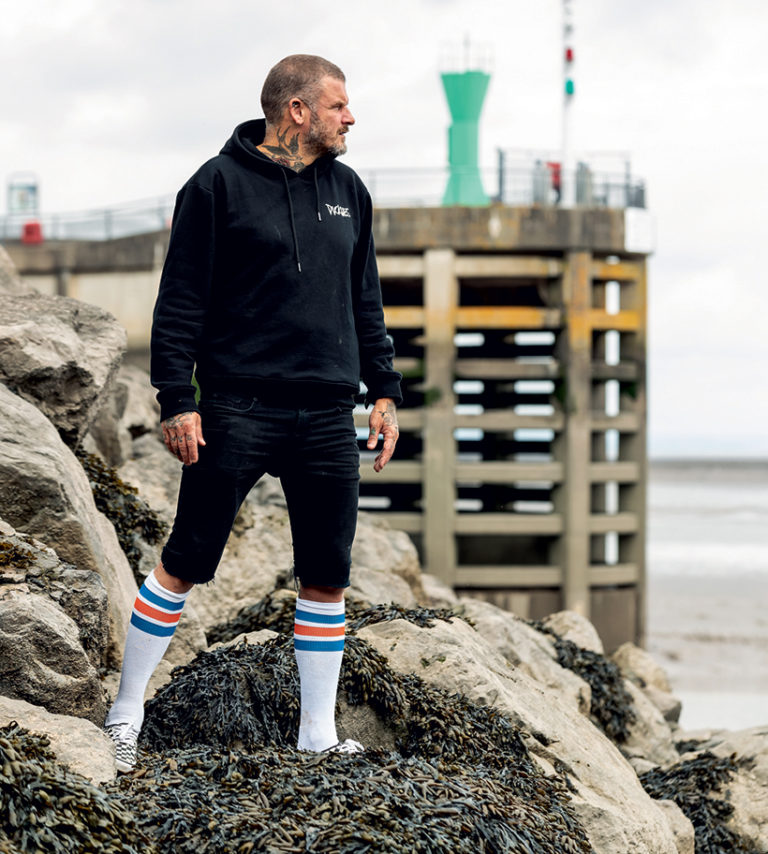 Who are your favourite vegan celebrities or influencers?

Gaz Oakley’s food is brilliant. He’s a fellow Cardiff boy too so he gets my vote. I follow Derek Sarno from Wicked Kitchen and I like watching the Bosh! videos on IGTV.

It’s not my form, I don’t do preaching, but I support it as long it’s not too extreme. I take a gentle approach to educating people. Shoving something down someone’s throat is not my style. I think if you make it fun, people are more likely to listen. Having said that, there is a place for it. People like Australian activist Joey Carbstrong may come across as aggressive, but they’ve been to the slaughterhouses and seen the suffering and they’re driven by that.

How do you think more men could be encouraged to go vegan?

I think more men are going vegan now, Game Changers has had a real impact. A lot of my male friends are vegan — even the bikers! And if they’re not going vegan they’re certainly cutting down on their meat intake.

Tell us about your new book…

During my first book, I was training for a triathlon and filming for Dirty Vegan, so we enlisted the help of veg king Bob Andrews from Riverford.

We did a banquet together at Riverford and I learnt so much from him. So when it came to do the follow-up book, I wanted to work with him again. Team effort.

How is series two of Dirty Vegan going?

Brilliantly. It’s loads of fun to work on. We’ve done wrestling, ice hockey and ballroom dancing. I’ve had great feedback, even off the meat-eaters. It’s about having a laugh with cooking and making veganism fun.