In the kitchen with… Sandra Higgins of Go Vegan World 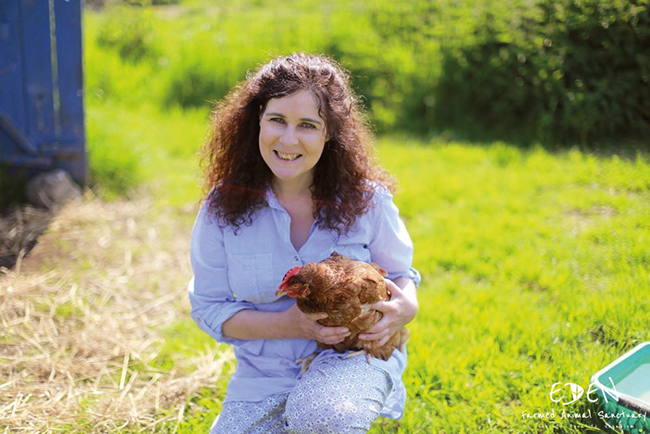 When and why did you set up Go Vegan World?

I have been running an Animal Rights and Vegan Education Centre attached to Eden Farmed Animal Sanctuary in Ireland for years. All my work at the centre is inspired and informed by the residents of Eden. Rescue is important for every individual one of them; but it is even more important to engage in vegan education to create a world where they will not need rescue or sanctuary in the first place.

Go Vegan Ireland was launched in November 2015 as one of the activities of the education centre. The campaign received a lot of media attention and opened eyes to the issues entailed in animal rights violations and how we can avoid them by being vegan. This success prompted the decision to expand to other countries and the campaign became Go Vegan World.

How do you fund a big campaign?

It is funded by the generosity of people who want a vegan world – Go Vegan World has been very fortunate to be the beneficiary of such generosity. With the exception of contract staff and part-time staff at Eden and Go Vegan World, all funding is used directly to benefit animal care and vegan education. My funders know that they could not invest in a campaign that is more committed to making this world vegan.

What response have you had so far?

For the most part the response has been incredibly positive from the public. The free Vegan Guide is being downloaded at a rate of 500 per day and about 2,000 people per day visit the website while the campaign is live. These figures suggest that people are, at the very least, curious about veganism and the chances of them becoming vegan are maximised by the social justice ethos of the campaign and the positive, easy way in which veganism is presented. Many people have communicated directly with Go Vegan World to say that the ads moved them to go vegan or with queries about veganism and animal rights. It is a unique campaign in that it is informed and inspired by the residents of Eden, many of whom appear in the ads.

As one would expect, there has been resistance to the campaign from the industries that profit from animal exploitation. The campaign has also experienced the challenge of advertising restrictions. Although farmers feel threatened initially, once we have the opportunity to engage with them, a lot of farmers see the logic of plant based agriculture, but they need government subsidies to support them to transition. 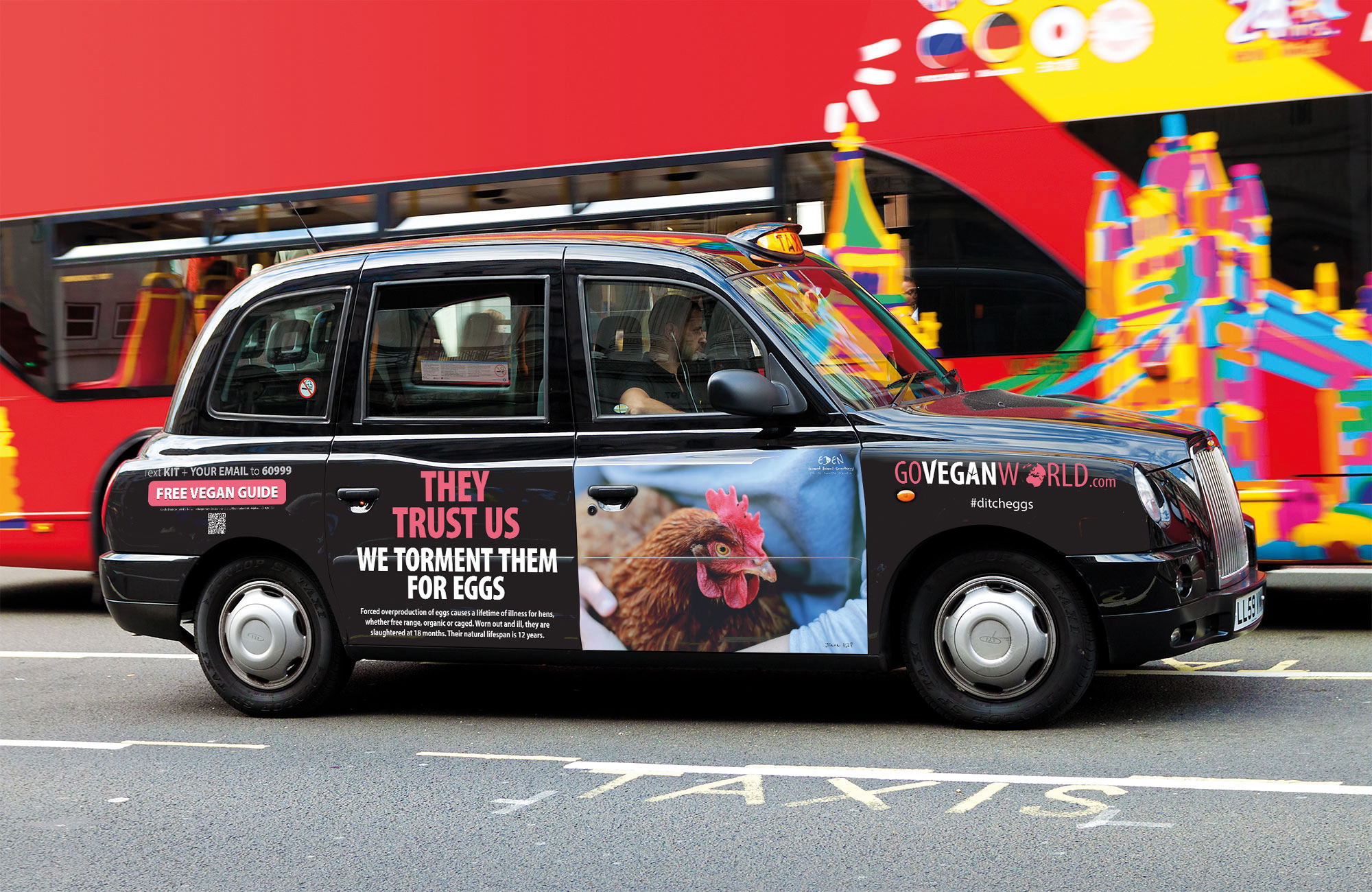 What would you say is the best way to help spread the vegan message?

I encourage people to keep the needs of the victims in mind and advocate for veganism as if you were one of them. Ask yourself, ‘If I had to swap places with them, what would I ask of the human world?’ Talking only about recipes or the latest vegan product to hit the shelves, will not get other animals what they need. They need equal moral consideration so that we no longer breed them for our use.

I ask people to share the campaign resources – especially the website and free Vegan Guide – with their friends, family and colleagues. Campaign leaflets and Vegan Guides are freely available to anyone who is doing vegan education either formally with a group or individually.

Lastly, everyone can do vegan education. Use every opportunity to engage people in conversations about animal rights and always carry some literature with you so that people are facilitated to research the issues for themselves.

What animals do you have at Eden?

There are 120 individual residents at Eden, each of them unique. They range in ages from 17 to a few months. They include chickens, geese, ducks, turkeys, cats, some wild birds, pigs, goats, sheep and one calf. The only criterion necessary for a home at Eden is that the individual is being used for human ends. Some of them have experienced severe cruelty, abuse and neglect but the greatest affliction they suffer is that they were bred for human use. They come from a range of backgrounds including free range, back yard, organic and factory farms. 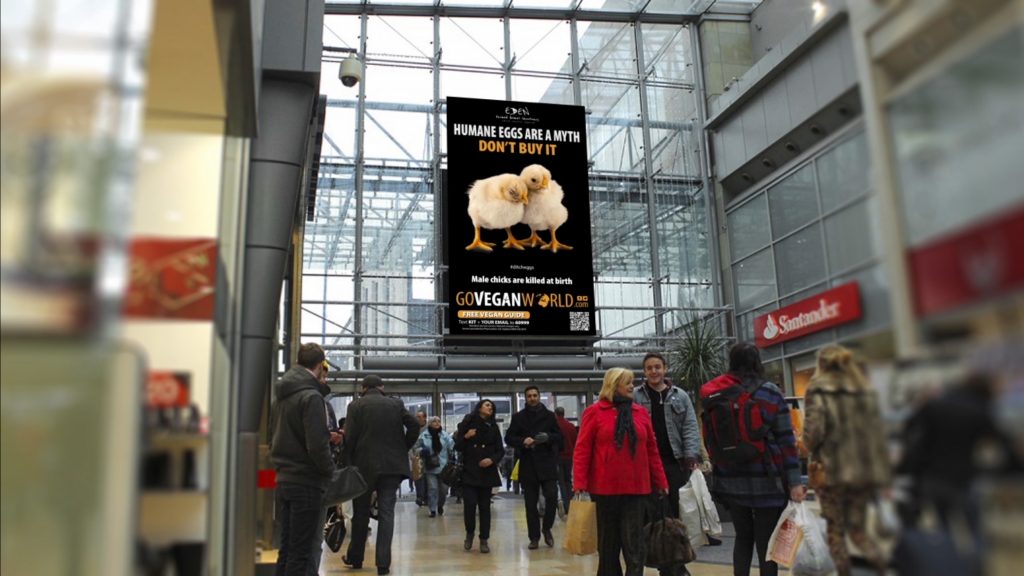 What are your top nutrition tips for anyone going vegan?

My professional background is psychology rather than nutrition, so I always refer people to experts such as Dr Michael Greger or registered dietitians who advocate a 100% plant diet. It is worth noting that health authorities across the globe, including the Academy of Nutrition and Dietetics, state that appropriately planned vegan diets are nutritionally adequate, and may provide health benefits.

What’s next for Go Vegan World?

As the campaign continues around the UK I am running an accompanying lecture tour. I am speaking at several venues in the UK and at the Conscious Eating Conference in California next March. Watch our website and social media pages for updates – www.goveganworld.com.