In the kitchen with Mellissa Morgan, aka Ms. Cupcake!

We catch up with the vegan cake aficionado, and queen of decadent vegan sweet treats, Ms. Cupcake… 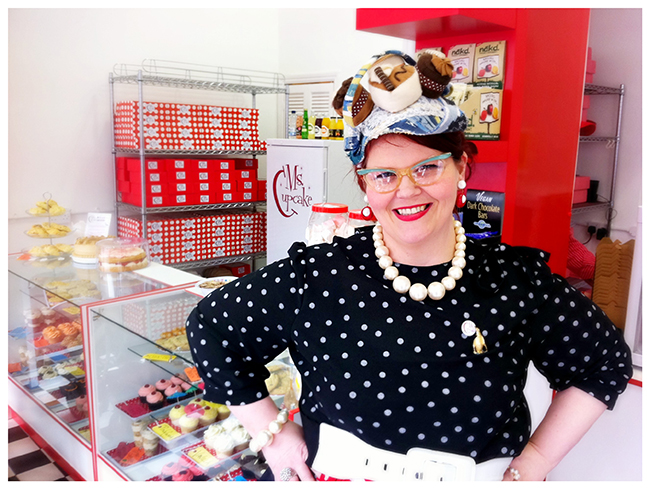 When did you first become vegan?

I turned vegan about seven years ago after being vegetarian for years.

What influenced your decision?

I’m vegan for ethical reasons. I firmly believe that each living thing deserves the right to do just that – live! I have avoided dairy since I was a child because I am very dairy intolerant, but the more I learned about the dairy and egg industries, the less excuses I had as to why I wasn’t vegan.

What appeals to you most about baking in particular?

I love the science behind baking – and how you start with a few seemingly innocent ingredients and transform them into something completely different. I find baking very relaxing. When I’m stressed, upset or just trying to work something out in my head, I bake. Things always seem better with a batch of cookies in the oven! However, I think my favourite part about baking is sharing the results with someone. A baked good that you made, being shared with someone, is the perfect act of kindness and generosity. It’s like saying to them – I care about you, you are worth my time and thoughts.

What do you think are the biggest challenges about baking without eggs or dairy?

Shelf life is always an issue. The more things you take away from a cake, the harder it becomes. However, in my home (and in our shop) that isn’t a problem – things generally get snapped up on the day they are made! 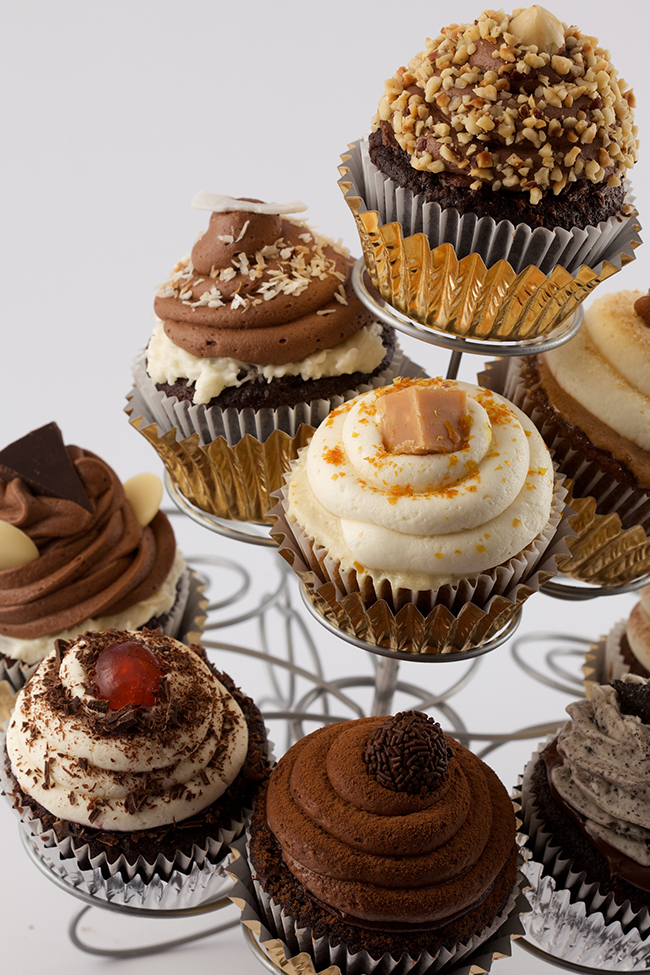 When and why did you decide to set up Ms Cupcake?

When I was making the transition from being a vegetarian to being a vegan, I looked around for my local vegan bakery (as cake is my favourite food group!) I’m originally from Canada, where there are vegan bakeries dotted around all major cities. I was shocked to discover there wasn’t a single one anywhere in the UK – let alone London. I thought, if I want to have decadent and indulgent cakes (that happen to be vegan), surely other people do too! I taught myself to bake and create vegan recipes and it took off from there.

How do you develop new recipes?

Once I get an idea in my head I let it roll around for a couple of days while I consider what ingredients and method would best suit it. I then work from my home kitchen to do a trial bake. I try to take notes of quantities, but I rely a lot on the look and feel of the bake in the initial stages. Each bake will go through at least five or six versions before I am happy. I will then hand them over to our bakery general manager to have a go at the recipe, hoping our results will be similar. If they are dramatically different, it’s back to the drawing board! If it works, we scale up the quantities and make any tweaks before it hits our shop.

Do you have a favourite product in your range?

Hard to say, I hate picking favourites with my babies! If I had to choose, probably our Bakewell Tart Slice.

What are your favourite ingredients?

How do you think the vegan scene has changed in recent years?

It’s massively growing! Not just here in London, but all over the UK. Every time I walk into a non-vegan restaurant and see the word ‘vegan’ used on the menu I get a bit of tingle and do a happy dance! Veganism in the UK has become more accessible, more mainstream and more respected in the last couple of years. 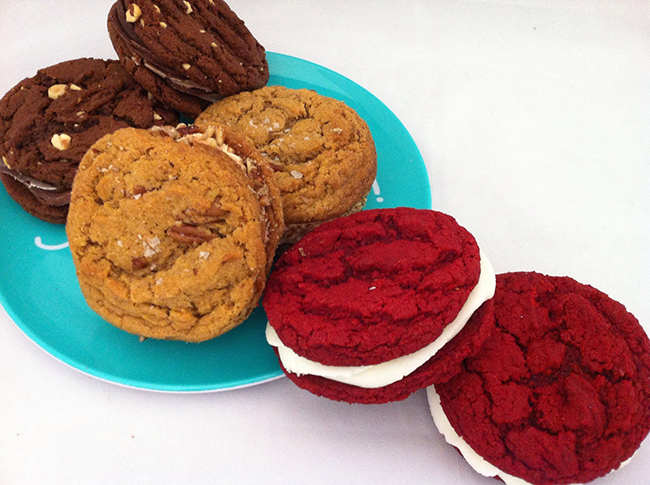 What was the initial response like to you being London’s first entirely vegan bakery?

Most people thought I was mad! There was a lot of scepticism from the locals who had never tried anything vegan before. I remember there was this one customer who came in almost every day during the first few weeks we were open. After many weeks of buying and eating lots of our treats she asked me – “So what is this ‘vegan’ you put into your cakes?” It was then I realised that our cakes appealed across the board – vegan or not. We then made sure that part of our ethos as a vegan brand would be to help promote veganism and educate our customers and local community.

What can students expect from one of your classes?

A whole new approach to baking! The reason so many people have difficulty with vegan baking is that they are trying to create vegan cakes using the same methods to make non-vegan ones. That simply doesn’t work. We tell everyone to forget what they know about baking and instead follow our methodology to create perfect bakes every time.

When will we see your second cookbook and what will it be about?

A-ha! That’s a secret I’m afraid. My husband has started calling it ‘the difficult second album’ because it has taken me so long to write – but I promise you it is on its way!

What’s next for you guys?

We are aiming to move further into wholesale distribution of our products, so are opening a separate manufacturing site to support that growth. Additionally, we are in the planning stages of opening additional retail sites.

To find out more about Ms Cupcake and where you can try her delicious bakes, visit www.mscupcake.co.uk