In the kitchen with… Juliet Gellatley

We catch up with Juliet Gellatley, founder of Viva!, who deals with the animal cruelty and health side of the vegan campaigning organisation… 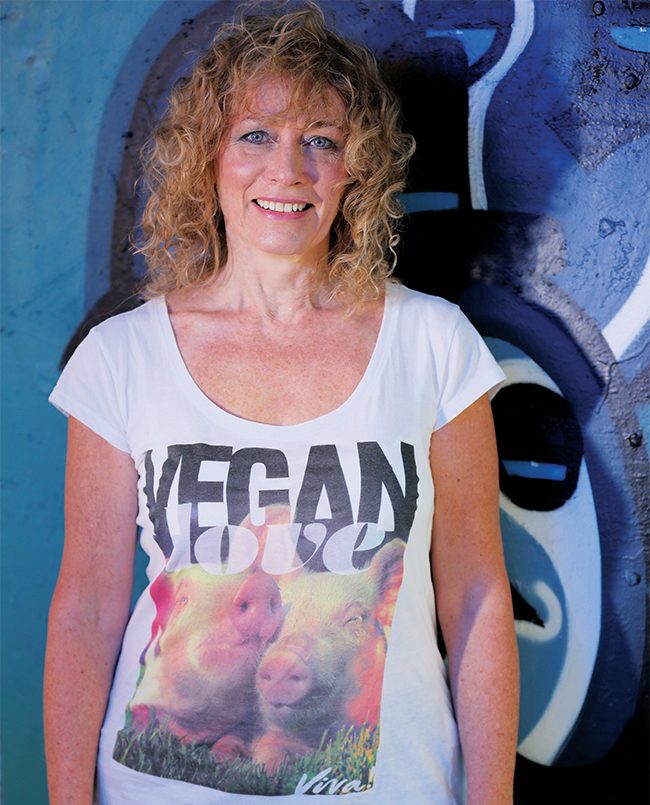 When you founded Viva! in 1994 did you have any idea just how successful it would be getting the vegan message across?

I had already spent eight years campaigning nationally on vegetarianism. We were starting to win the war, the number of vegetarians sky- rocketed in the 1980s and 1990s. In forming Viva!

I wanted to campaign loud ‘n’ proud on all vegan issues – but particularly for the animals. The results are tangible with a gargantuan shift in attitude towards veganism in the last 20 years. This is just the beginning. The tide is turning.

Were there ever any dark days when you felt Viva!’s cause was waning?

The dark days are when I investigate farmed animal cruelty. I always feel a sickness in the pit of my belly. I feel anger at the abject misery we cause on a global scale, as well as despair and sadness at not being able to rescue all the innocent prisoners. But also hope that by exposing the reality of these hell holes, people will change.

You were a vegetarian before you became vegan. Why did you change?

My final trigger for progressing to veganism in my twenties was sudden and very close to home. Four pregnant heifers arrived in the field alongside my garden. One of them unexpectedly gave birth to a perfect little bull calf amidst the long grass one sunny evening.

I stood and watched as the mother lovingly licked her offspring from head to foot, unhurriedly, calmly and with transparent contentment. Then she rose to her feet and gently nudged the little calf to his feet with her muzzle.

The next day, the farmer arrived and scooped the calf into his arms and walked away with him, his mother following behind without any need of tethers, concerned for the welfare of her young.

I found out that after just one day, he and his mother were separated as they always are – she to begin her twice-daily sessions in the milking parlour, he to be shot as an unwanted ‘by-product’. I went vegan.

It’s reported that the number of vegans in Britain has risen by more than 360 per cent over the past decade. How does that make you feel?

It gives me hope. It can seem like a massive struggle to create the ripples needed to form the waves of change. But there comes a tipping point. And that starts to happen when ‘ordinary’ people realise that change is not a threat, but essential and positive. We are getting to that point. 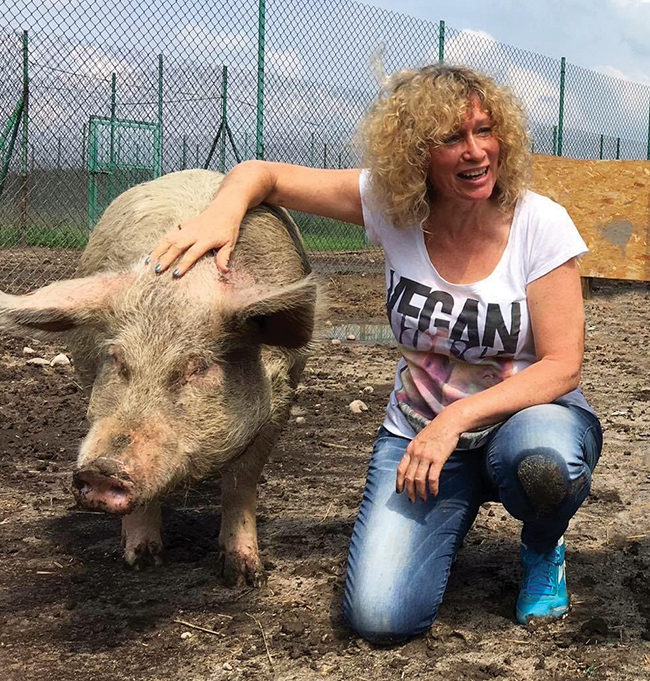 Can you tell us about the successful ban from mainstream supermarkets of ‘exotic’ meats campaign?

Not so long after Viva! formed, kangaroo (and other so-called exotic meats such as ostrich) were introduced in almost all UK supermarkets. The kangaroo industry was ferocious in its marketing attempt to get the British public to accept wild animals being killed for meat and skin as the norm. They paid Tesco, for example, for prime shelf space.

Having witnessed mother kangaroos being shot, I feel passionately that this massacre must end. Viva!’s kangaroo campaign succeeded in persuading all supermarkets to withdraw kangaroo and other ‘exotic’ meats in the 1990s and ‘00’s. We also persuaded Nike and Adidas to stop using kangaroo skins and encouraged their growth of synthetic football boots.

You founded Viva!Health in 2002, has that been successful in getting the health benefits of a vegan diet across?

Viva!Health (an arm of Viva!) has made huge inroads in persuading people that meat, fish and dairy harm our health. Half the population have actively reduced their meat consumption knowing it is unhealthy – that is a gigantic shift in the perception of meat in 20 years. The focus is now very much on dairy, too.

Viva!’s Convert A Parent campaign was also a great success. Do you think embracing a vegan diet as a child is the key?

Yes I do. The government conducts an ongoing survey of children’s diets and it makes grim reading: almost one-third of boys and girls are overweight or obese and very few meet the 5- a-day target for fruit and veg! Over 90 per cent eat too much fat.

Vegan kids are generally much healthier than their meat-eating counterparts. They do not kill animals, and they help protect the planet. The world needs a dietary revolution and the young can lead the way.

Can people of all ages eat a vegan diet? Is it never too late to start?

A vegan diet is the best diet for anyone of any age! We had a butcher in his 70s become vegan – anyone can change and they do!

Dairy products, most notably milk, are deep-seated in most people. How can people change their relationship with dairy?

The love affair with dairy is crumbling. Milk consumption is dropping and we have more queries on going dairy-free than anything else. Cows’ milk contains 35 hormones and 11 growth factors, including those linked to breast cancer.

What advice would you give to people thinking of becoming vegan, especially if family and friends think it’s ‘odd’?

Be proud to be vegan and don’t become defensive. Cheerfully educate them to all the positive benefits of saving animals, the planet and your health!

Finally, here’s a toughie! If you had to pick five of your favourite vegan ingredients, what would they be?

To find out more about Viva! visit www.viva.org and www.vivahealth.org