We catch up with the founder of Veganuary, Jane Land… 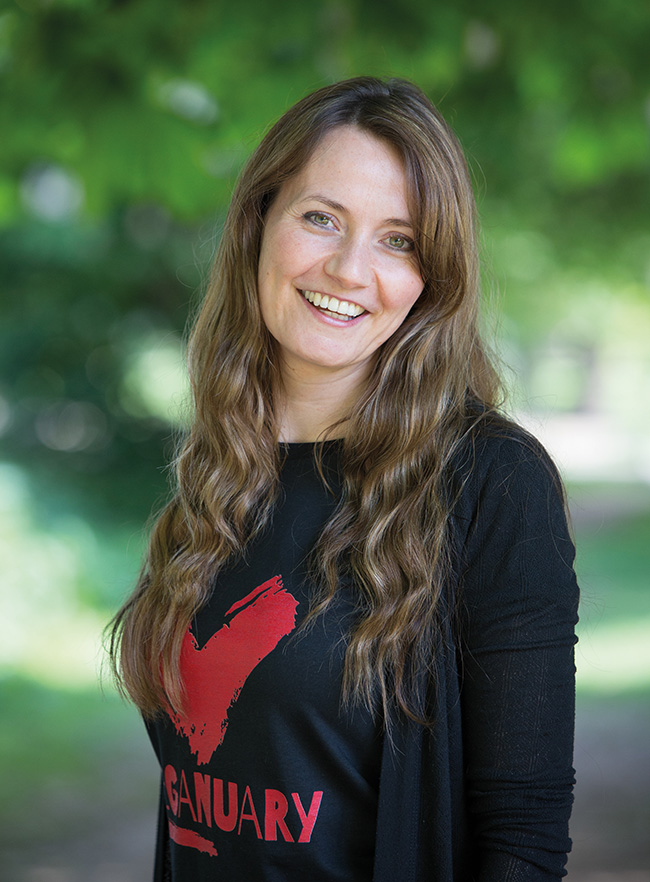 When and why did you first decide to launch Veganuary?

It all started with a wine-fuelled conversation back in autumn 2013! As passionate vegans, Matthew and I often talked about ways to inspire people to stop eating animals. The campaign came to life during one of those conversations. We were impressed with the success and awareness raising of Movember and thought we could do something similar, but to help animals. One of the best ways of reducing animal suffering is to go vegan and January seems like the perfect time as people are making New Year’s resolutions and keen to embrace lifestyle changes. So a vegan January became Veganuary! Within a couple of months, we’d come up with a name, a brand and a website, and the very first Veganuary was run late at night from our bedroom – entrepreneur and English teacher by day, animal rights campaigners by night!

What was the response like for the first year?

We placed a bet: I hoped 100 people might take part, whereas Matthew was a little more optimistic with a wager of 1,000 sign-ups. We both lost. 3,300 people from all around the world signed up to go vegan in January 2014, and – just like that – a phenomenon was born. The campaign received global attention, with many participants taking part from the US, Europe, Australia, and South Africa. The response was fantastic, especially in terms of the media coverage: we had articles featured in several national newspapers, online and radio.

How has Veganuary developed over the last few years?

Veganuary was rebranded and relaunched for the 2015 campaign with a huge new website and tagline, Try vegan this January. Backed by support from vegan comedians Romesh Ranganathan, Sara Pascoe, Carl Donnelly, Michael Legge and Andrew O’Neill, momentum for ‘the new month with the weird name’ increased and this time 12,800 people took part. Fast-forward to 2016, and a clear pattern is emerging: Veganuary gets bigger and better every year. 23,000 people (including many celebrities) went vegan this January and we’re expecting 50,000 people to take part in 2017.

What support can someone expect if they do sign up to Veganuary?

We’re holding people’s hands virtually through the whole process. When you sign-up, you’ll receive our daily newsletter throughout January filled with tips, offers, and advice. Veganuary.com is one of the world’s biggest online vegan resources providing people with the practical ‘how’ of veganism, including a comprehensive nutrition guide, a product directory, eating out guides, and over 500 recipes. And it’s all completely free! Our online Vegan Starter Kit includes the essentials for getting started: shopping lists, label reading guide, meal plans, baking tips, top myths – basically, everything to make January 1st  go as smoothly as possible.

If you have a question, then our Veganuary Facebook group: facebook.com/groups/veganuary/ is a great place to ask. With over 5,000 members, it has become an important support network for participants, with many long-term vegans providing non-judgmental and supportive help. People can also message us directly through the contact form on our website and we’ll get back to you within 48 hours. Veganuary.com and the Facebook group continue to be active all year round; the practical help and support doesn’t end in January! 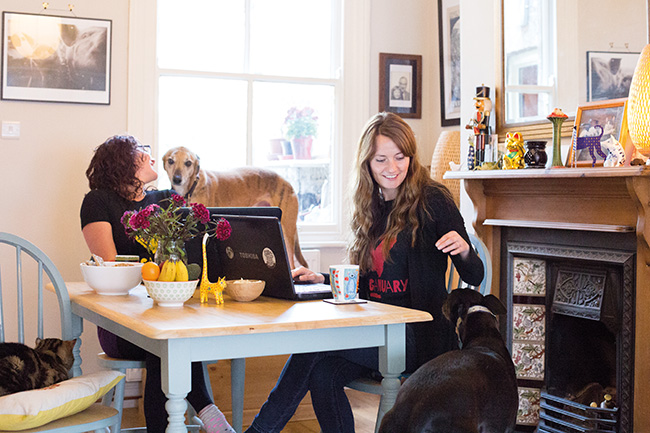 Do you find that a lot of people decide to carry on after January?

Yes! It’s a question we ask participants at the end of January and again in August. This year 63% of people still identified as vegan six months after Veganuary and 79% of the survey respondents say they intend to eat a vegan diet in the future. This includes continuing vegans, but also an additional 16% who currently eat at least some animal products. So it’s very encouraging! What we also try to calculate is the number of animal lives spared as a result of people going vegan. Our data analysts take into account a number of factors and estimate the lifetime impact of Veganuary has been to spare more than 2.2 million animals. We had a little cry when we first heard this figure.

Is Veganuary just a UK thing, or all over the world?

Veganuary’s a global campaign. This year we had participants from over 142 different countries take part. The site currently has country-specific pages for the USA, Australia and South Africa. A Spanish version of Veganuary.com will also go live for our 2017 campaign. As the second most widely spoken language, having our resources available in Spanish will increase the global scope of the campaign considerably. Our ultimate goal is to improve the accessibility of Veganuary for all non-English speakers and we have plans to begin German and Italian translations next year.

If the main event runs throughout January, what do you do for the rest of the year?

People often ask us what we do for the other 11 months, but the reality is that our year is broken up into four very distinct quarters. January-March is all about that Veganuary: running the campaign, surveying it, and then reporting back our results. During April- June, our focus shifts to the sponsors and organisations who want to work with us. Securing sponsorship and funding is the only way that we can continue, so this is a really vital (and quite scary!) time for us. July-September is where the ideas and the creative for the next campaign really start to take shape. It’s also during this period where we hold our official Press Launch, and when we tend to travel to further promote Veganuary. And the last quarter of the year is full-throttle campaign mode! All our communications are