In conversation with Earthling Ed

We meet the co-founder of Surge, the animal rights organisation determined to create a world where compassion towards all animals is the norm. 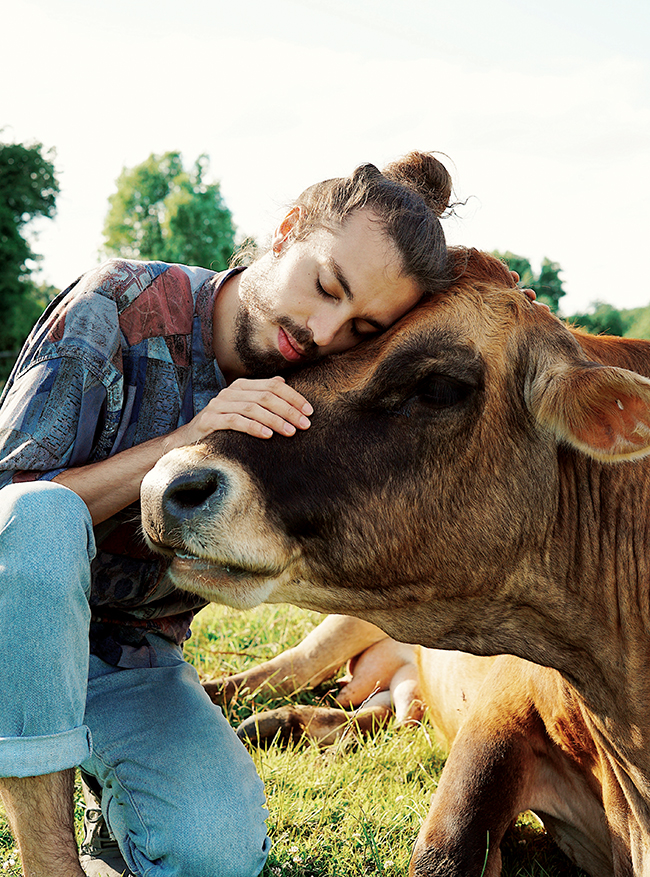 What inspired you to become vegan?

I became vegetarian just before I became vegan after reading a news story about a truck carrying 7,000 chickens crashing on the motorway while heading to the slaughterhouse. I remember feeling so sorry for the animals that were suffering and in pain, but I realised I was a hypocrite because I had dead chicken in my fridge and the only reason those animals were in the truck going to slaughter was because I demanded they be killed through my purchases. I then became vegan after watching the documentary Earthlings and seeing the magnitude in which we exploit animals. Going vegan was the only way I could live in alignment with my morals and oppose animal suffering.

What is your biggest motivator?

The animals, by far: they give me a sense of perspective and are a constant reminder of why it is so important to be vegan and to be an activist. When you keep their suffering in mind, it makes any of the hardships of being an activist seem insignificant. 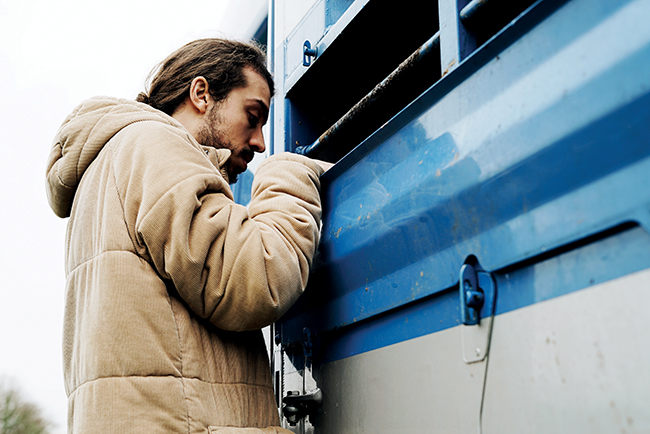 Tell us about Surge…

Surge is focused on spreading veganism and ending the exploitation of animals. It was founded in 2016 by myself, my partner and a few friends, with the aim of building a sense of community and empowering vegans to get active. Building up Surge has been a rewarding experience, and the Official Animal Rights March that we have hosted for the past couple of years has been the highlight. To march alongside thousands of people and take to the streets for the animals is a unifying and positive experience; it’s a privilege to be able to organise it and be a part of it.

How can we support your work?

You can follow me on my social media accounts and share my videos with friends and family. Some of the most inspiring emails I receive are from people who showed Land of Hope and Glory (landofhopeandglory.org) or any one of my videos to their loved ones and were able to encourage them to go vegan as a result. You can also get in contact and arrange events in your city that I can attend or support my work financially by becoming a patron or making a donation through my website. 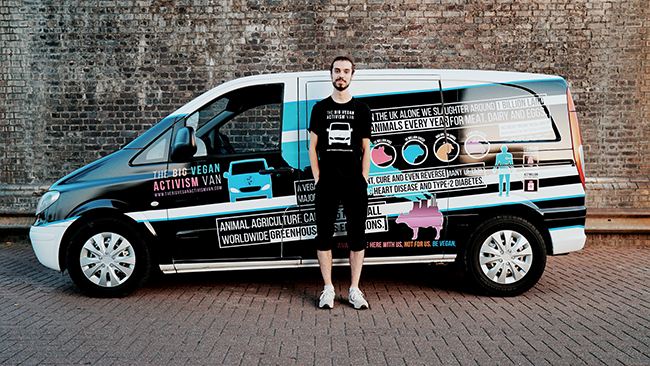 What positive changes is veganism having on the way we live?

The number of vegans is rising exponentially and having a huge impact: the number of vegan options available in supermarkets, restaurants and cafes is increasing, making it easier not only to live vegan as individuals but also to encourage others to do the same.

Living vegan is encouraging us to take a more proactive and conscious look at the way we live. Veganism is a stepping stone: although it’s the single simplest thing that we can do to have the largest positive impact, it’s by no means the only thing that we can do. By going vegan we encourage ourselves to address and scrutinise other lifestyle choices as well.

In 2014, 400 million fewer animals were killed in the US compared to 2007 because people were eating less animal products. It’s such an uplifting statistic because it shows supply and demand in action and proves that every single person who goes vegan has a profound effect and saves animals from being bred into a system of exploitation and death. 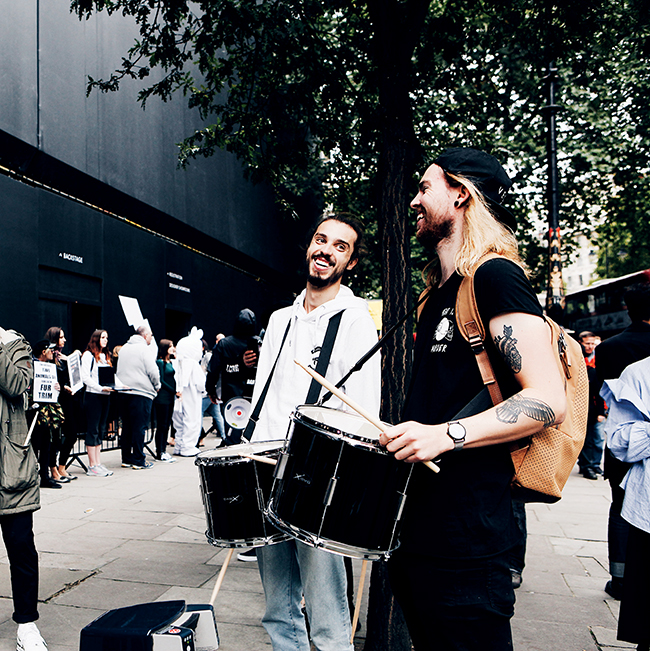 What 5 words sum up your world view?

Much work to be done!