The number of people diagnosed with one of the top five chronic illnesses is growing every year. But what if the secret to the prevention, and even cure, of these diseases could simply be found at the end of your fork? Dr Michael Greger, author of the nutritional guidebook How Not To Die and creator of nutritionfacts.org, talks to Charlotte Willis about the findings of revolutionary scientific research hidden from the public eye that could result in a turning point of how we view modern medicine. 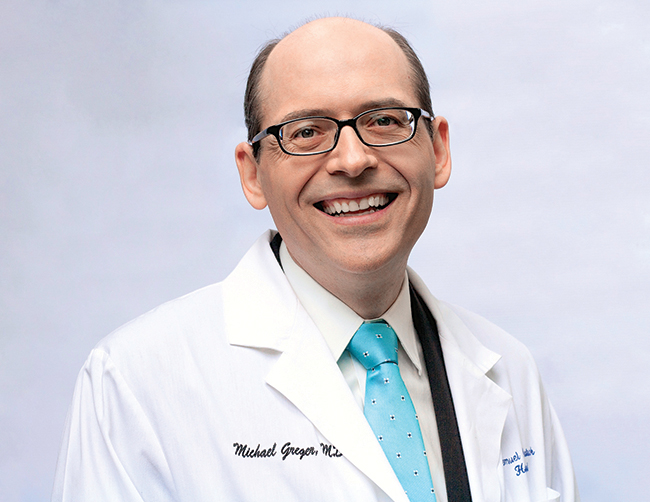 The UK is facing a disease pandemic with rates of obesity and lifestyle-related chronic diseases at an all-time high. According to the World Health Organisation, death from chronic diseases accounts for 85% of the UK’s total annual mortality. By 2020, an estimated three-quarters of global deaths will be attributed to heart disease, stroke, cancer, diabetes and Alzheimer’s.

Despite advances in medicine and drug development, commonly diagnosed conditions seem to be on the rise globally. What’s even more surprising is the fact the majority of these illnesses can be prevented, and even reversed, by lifestyle and dietary interventions. Yet so many medical professionals and members of the public remain unaware, despite a struggling healthcare system and excessive pressure being placed on doctors. So what can be done to help reverse this alarming pattern of decline? The answer, according to nutritional scientists such as Dr Greger, may be to switch to a vegan diet.

The Biological Power of Plants

Nutritional scientists have studied the correlations between diet and disease for decades. These large-scale research projects span multi-generations, ethnicities, age groups, types of patients and cultures. They scrutinise everything from meat and poultry consumption and the associated prevalence of cancers, dairy intake and the impact on diabetes, to the benefits of spices such as turmeric and cinnamon on heart health. Simply put, their findings reveal specific chemicals and biological structures to be found in the cells of plant-based foods which, when consumed, are incorporated into our bodies and used to help ward off disease. Whereas, animal products have been shown to contain harmful and even toxic compounds, which can harm the body and promote illnesses. The results from such studies share a common theme – chronic disease prevention, relief and even cure may indeed be achieved by including more vegetables, fruits and wholegrains into the diet.

How Not To Die – A Personal Mission

A classically trained American physician, Dr Michael Greger became interested in nutrition and health when his grandmother, having been given a few weeks to live, transformed her life and health by converting to a vegan diet. He told me: “The evidence is there. Black and white, and yet no one knows about it. There is a lack of education among doctors, combined with public misconceptions and messages from corporate companies and health organisations that confuse patients. All this helps motivate me to continue to spread a positive, clearer message about the health benefits of a plant-based diet.”

Unfortunately, publication bias and blight from industry-funded research can mean these important findings are not always brought out into public view. Overcoming this adversity is something Dr Greger is familiar with: “This whole massive body of evidence on reversing disease with diet is ignored and gets lost down a rabbit hole. I’ve made it my life’s mission to reveal this evidence and bring it to a platform that is understandable and relatable for the world to see. That’s why I created my book and website. There needs to be a level of independence in healthcare research to stop bad science and vested interest from getting in the way of the truth.” 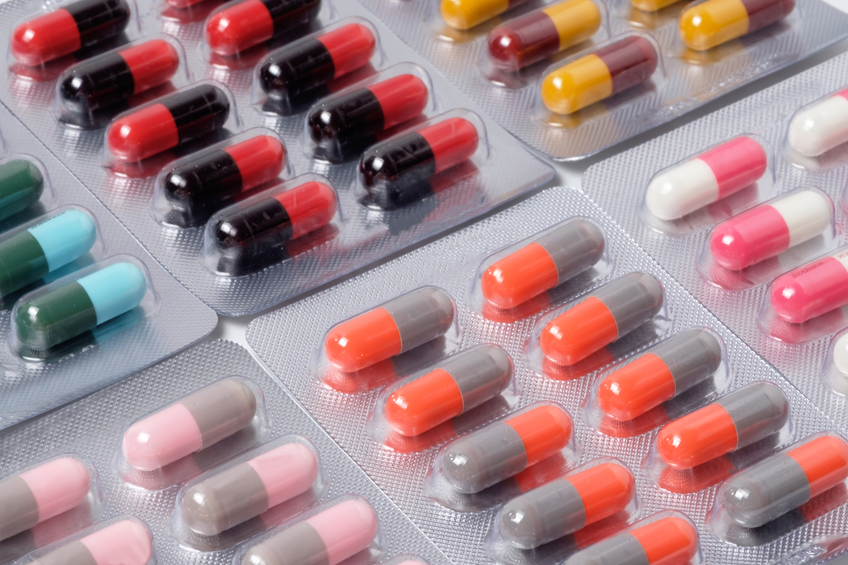 In-depth plant-based dietary interventions rarely form a part of an action plan to help patients who have been diagnosed with a chronic disease. For example, heart disease is the world’s number-one leading cause of prolonged illness, in which the overwhelming majority of cases could be prevented and reversed by lifestyle. There is an ever-growing body of evidence linking animal product consumption to increased incidents of heart disease: “The reversal of heart disease is by far the biggest nutritional finding linking lifestyle to health. It’s the USA’s number-one killer and the UK’s number two. Since it was researched in 1990, no one need die or be diagnosed with it! But yet hundreds of thousands of people continue to do so from a preventable disease” says Dr Greger.

The Future of Medicine?

With such evidence mounting up and the current healthcare system struggling to cope, speakers such as Dr Greger offer hope for a revolution in the way that we treat patients in the future. “We simply can’t pay for such increases in dietary-based illnesses and disease. Something will have to change. The answer is simple, switching to a plant-based diet. This is the most economically and environmentally sustainable way to reverse the trend.” He concludes, “The turning point will be the realisation of government organisations and the public that meat causes cancer, traditional diets are not nutritionally sound, and there is a simple alternative to help prevent disease – go vegan!”

There is no doubt about it, by becoming vegan your diet automatically gets a nutritional upgrade. Simply by removing animal products and meat from the diet, blood cholesterol and body fat reduce, alongside the risk of associated diseases such as high blood pressure and diabetes. However, Dr Greger suggests going one step further: “A vegan diet will just tell you what you’re not eating. You can still live off chips and soda and be vegan but it doesn’t mean you’re healthy! Following a wholefood and plant-based diet that incorporates wholegrains, fruits and veggies will optimise your nutrition and health. The two diets can be totally different.” 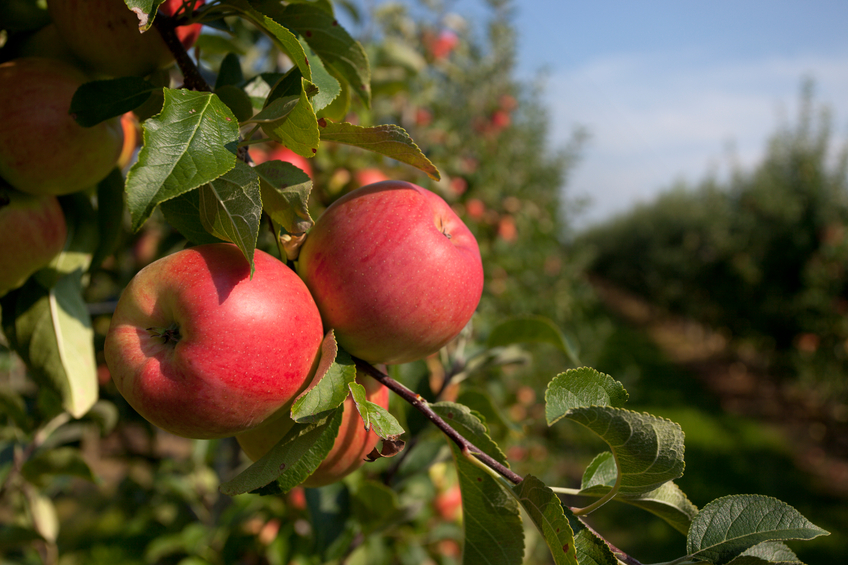 An Apple A Day…

So what would Dr Greger, and other nutritional researchers, suggest to be the optimum diet and lifestyle for health? In his book, Dr Greger highlights beans, berries, fruits, cruciferous vegetables (such as cauliflower and cabbage), nuts and seeds, spices and wholegrains to be key parts of his ‘Daily Dozen’ alongside regular exercise and hydration. He also suggests avoiding highly processed foods: “Food companies spend billions of dollars each year just trying to convince people to eat their rubbish. That’s because their food is so bad for you! Why do you think they don’t have to do that with apples?! Buying something so natural and healthy that is delicious and nutritious at the same time comes as standard to us.”

A Green Bill Of Health

If yourself or a loved one has been diagnosed with an illness, or you are just looking to better your health in general, there is help available from many sources. With such a vast amount of advice and often contradictory information found online regarding nutrition and health, it should be noted that not all websites and blogs should be treated with the same level of trust. When looking for guidance, seek to find the research-based evidence. “The truth is in the science of nutrition and health” adds Greger, “There is a website called www.21daykickstart.org, which is funded by the physician’s community, and also, my non-profit website www.nutritionfacts.org contains daily updates on the latest nutritional science. Every year I read through the American Journal of Nutrition so you don’t have to!”

With the information from these studies compiled into popular bestselling publications such as Dr T Collin Campbell’s The China Study, and now Dr Greger’s How Not To Die, a new wave of health-conscious vegans and previous carnivores have been inspired to change their diets for the better.

Dr Greger confessed: “The speaking lasts for months, and reaching out to so many people on a global scale is extraordinary. You can sit and look at stats all day but when one person approaches you and says ‘you saved my aunt’s life’ or ‘helped me reverse my diabetes’, they motivate me and keep me fighting. It’s those people I think about.”

The future of plant-based nutrition for health promotion is sprouting, with many health benefits of the plant-kingdom as yet undiscovered. Every year there is new research being conducted, with speakers and public figures such as Dr Greger helping lead the way in education. It truly inspires and excites us that the future of healthcare may well be greener than the paper prescriptions of the current day.

Dr Michael Greger’s Book, How Not To Die, is available to purchase now from all leading bookstores. His next book How Not To Diet will be published in 2018. Many thanks to Dr Greger for his time.