The path to veganism: Stories of struggle and resolution

Deciding to become vegan can throw up some huge challenges to be overcome as well as yielding extraordinary benefits.

Here, Veganuary meets four vegans who had their own problems to deal with, and we see how changing their diet ended up completely changing their lives. These stories show that no matter what the challenges, you can meet them.

Lisa Gawthorne had been vegetarian since the age of 6. She grew to become a committed and talented athlete and yet it was when she went vegan in 2003 – a decision she made for ethical reasons – that her training and her performance really switched up a gear.

“I noticed immediately that I had more energy, better sleep, improved skin, and better recovery in between workouts, and it gave me the impetus and energy to start training functionally.”

“I now lift heavier weights than I have ever lifted, I am running and cycling faster than ever before, and I am recovering so much quicker in between sessions. Some of this is down to my focused commitment to following training plans, but it has definitely been complemented and boosted by the vegan way of life and eating clean and green.” 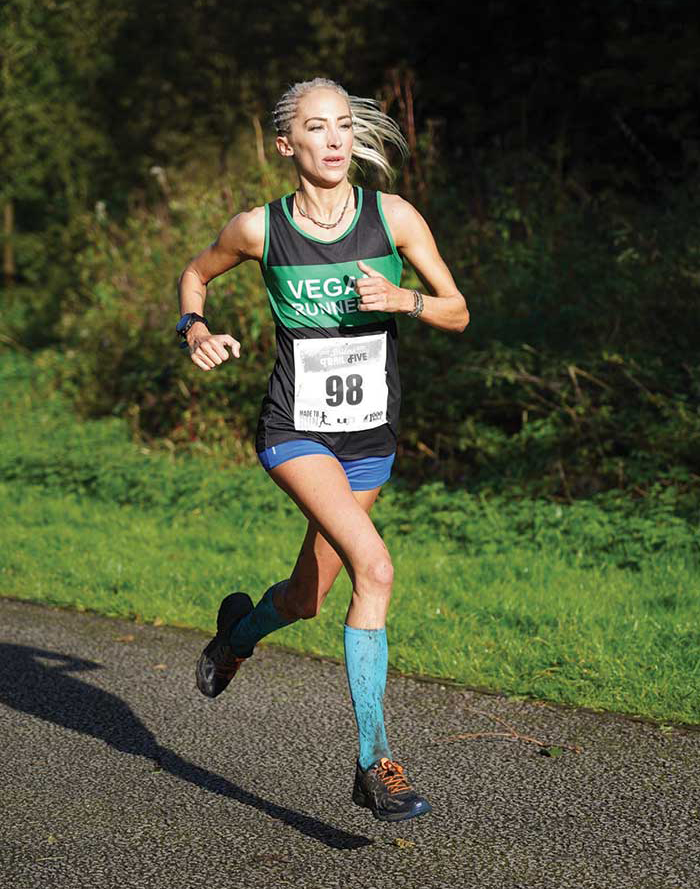 It seems the sky is the limit for Lisa, who is on Team GB for her age group in the sport of duathlon. For the last three years she has competed in both the European and World Sprint Duathlon Championships in Canada, Spain, Denmark and Finland. Has she plateaued yet? Not a chance.

Animal lover Renee King-Sonnen married a fourth-generation Texan rancher in 2007. To help her become “a good rancher’s wife”, her husband suggested she take care of a young calf, whom Renee named Rowdy Girl. Renee named all the cows at the ranch, in fact, and spent time singing to them. She loved them, but it came at a huge cost.

When the young were taken from their mothers and sent for slaughter, Renee really struggled. “The mamas wailing for a week and the absence of their souls in the pasture haunted me,” she says. And with each separation, Renee felt worse until eventually, something snapped. 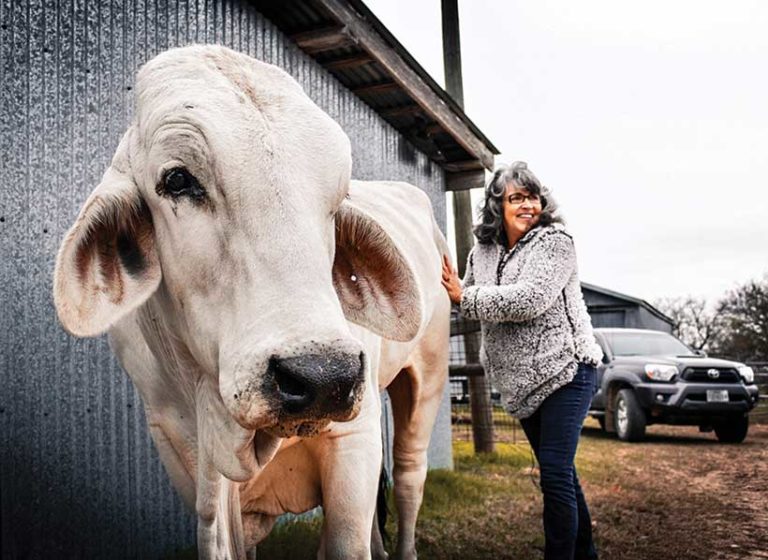 “I realised I could not stand to watch the babies leave their mamas even one more time,” she says. She asked her husband if she could buy the herd from him and told him if he sold them to someone else, she would simply buy them back using his credit card!

“He thought I had lost my mind, and frankly I had, but it was my only hope,” she said. Desperate not to lose any more of the animals she loved, Renee set up a crowdfunder and raised the money.

Today, Renee and her former rancher husband are both vegan, and their ranch is named Rowdy Girl Sanctuary.

Overcoming His Own Contradictions

In 2009, Navy clearance diver Paul de Gelder was testing some new tracking technology when he was attacked by a shark and lost part of his right hand and leg. Inevitably, he faced months of surgery and recuperation, but the experience set him on an entirely new, very positive and unexpected path.

Paul had never really cared for sharks, and it is reasonable to assume he would think less of them after the accident. Not so. As he started speaking publicly about what had happened, Paul came to learn much more about sharks and the vital role they play in the ocean. He came to care about them deeply and to campaign to protect them, and yet he still ate meat and fish.

In 2014, he travelled to Zimbabwe to work with Damien Mander’s anti-poaching team and was surprised to learn that his friend was vegan. He asked why, and was told that eating animals while trying to save animals made him feel like a hypocrite. That resonated with Paul. “I was trying to protect the animals and I was eating the animals, and I really, really hate hypocrites,” he says. 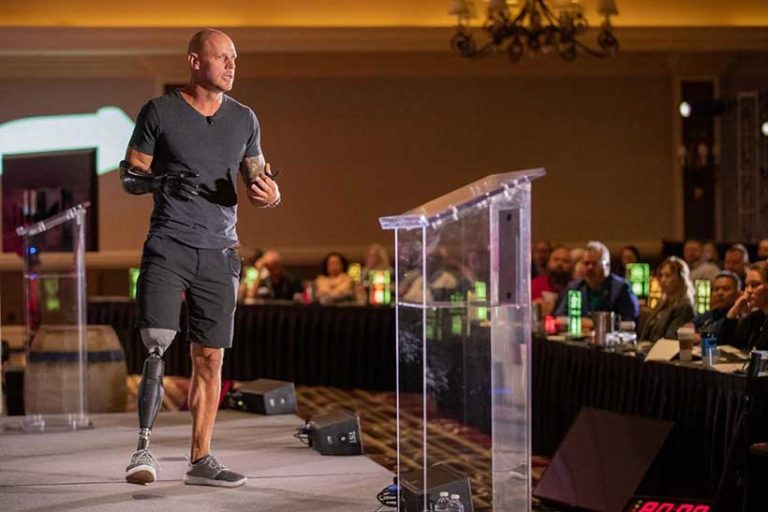 Very quickly, he squared that circle and announced he was going vegan. “Going plant-based initially allowed me to get very, very angry at people who eat my friends!” he laughs, echoing a stage that many people go through when they first become vegan. “People want to stop using straws to save the fish. How about you just stop eating fish to save the fish?”

He gets it. And having overcome his own contradictions, Paul says he feels much better in his soul.

Belinda White, a singer and yoga teacher from South Yorkshire, was suffering so badly with osteoarthritis and fibromyalgia that she was unable to even climb stairs without crawling on her knees. After many x-rays and extensive scans, she was given a battery of powerful painkillers, but was told things would only get worse.

“I spent my time in bed with an electric blanket on crying,” she says. “If I went anywhere I was so heavily medicated that I felt out of control. The strangest part was that I felt incredibly ashamed to be so ill. I put a fake front on in public, but in private I was up all night sobbing in pain.” 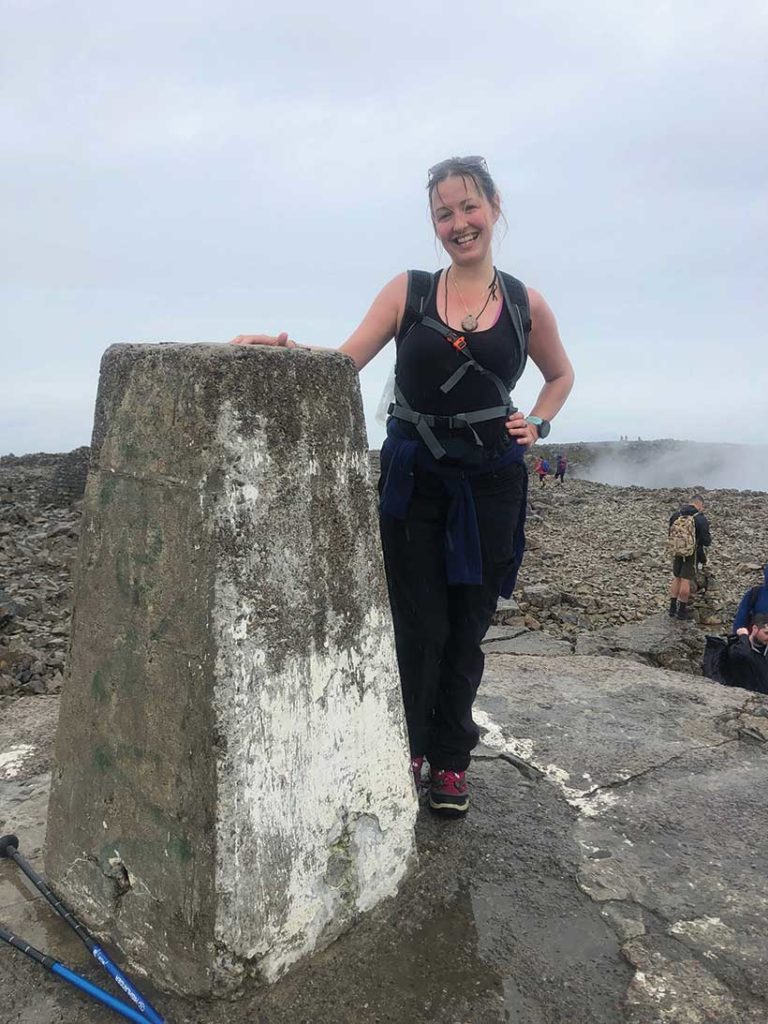 In 2014, Beli nda watched the documentary Vegucated, and the slaughter footage traumatised her. She became vegan to protect animals and it changed her outlook.

“I was a new vegan, so I focused on being as healthy as possible, ensuring I ate whole foods and not processed. I made smoothies and ate masses of fruits and veg. I practiced healing meditations and positive affirmations. I expected improvement to happen over years and I was determined to invest that time.”

Incredibly, the improvements came within six weeks. “It was almost like a miracle. The swelling behind my knees was gone, the pain was reduced by 90 per cent, I had energy and clarity. I was amazed by the transformation.”

Now, Belinda hikes, bikes, runs and teaches yoga. On a whim, she drove to Scotland and climbed Ben Nevis, an incredible transformation for the woman who could not climb stairs. www.the333plan.co.uk

Veganuary is a non-profit organisation that encourages people worldwide to try vegan for January and beyond. During the 2020 campaign, more than 350,000 people took our pledge to try a vegan diet. Find out more and join the movement at www.veganuary.com