To dye for: The devastating effects of fast fashion on the environment 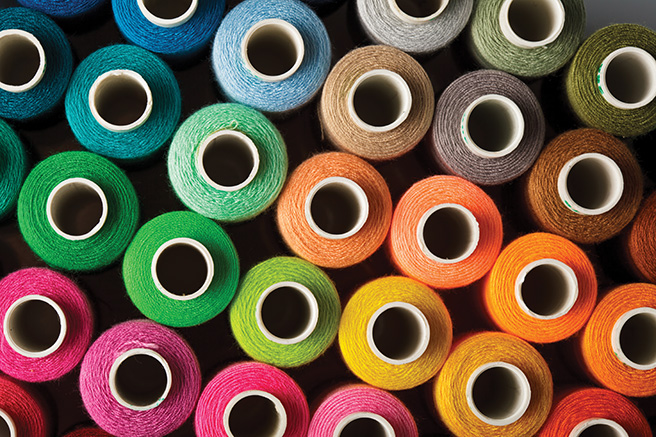 The environment is at risk from an epidemic. A fashion epidemic. Trends change, seasonal colours, trims and accessories – they come and they go. But what’s left behind, besides the photographs and industry profits, is the impact upon the world around us. Could our obsession with clothing be leaving a lasting imprint upon our earth, more vivid than a tropical, neon Hawaiian shirt?

I suppose it’s a secondary effect of today’s throwaway society. A recent poll in the Guardian revealed that the majority of us will spend on average £1,042 per year on our desire to follow trends, revamp our wardrobes and accessorise with the change of the seasons. I, like most of my friends, enjoy a shopping day or two. I find myself scrolling through ASOS on my phone during a lunch break, and I live in a vibrant, bustling city centre – surrounded by shop windows attempting to entice and attract my spending power on a daily basis. But not once have I stopped and thought, just how or where do these clothes all come from?

Make do and mend? More like buy and replace

Broken zip on your jeans, loose thread, slight tear, or a hem coming undone: as a nation, we are more likely to simply throw away broken or imperfect garments than we are to attempt repairs. Lack of time or skill? Perhaps. Not everyone has room for a sewing machine in a one bed apartment share.

According to WRAP UK, an organisation devoted to economic and environmental sustainability, the UK throws away an estimated £140 million of clothes each year to landfill. Another staggering fact from Oxfam UK tells us we are throwing away 9,513 garments every five minutes, roughly one in four purchases. It seems our clothing waste is slipping under the radar, with nearly every other form of household waste reducing over the past 5 years, the amount of clothing ending up in our bins has risen. 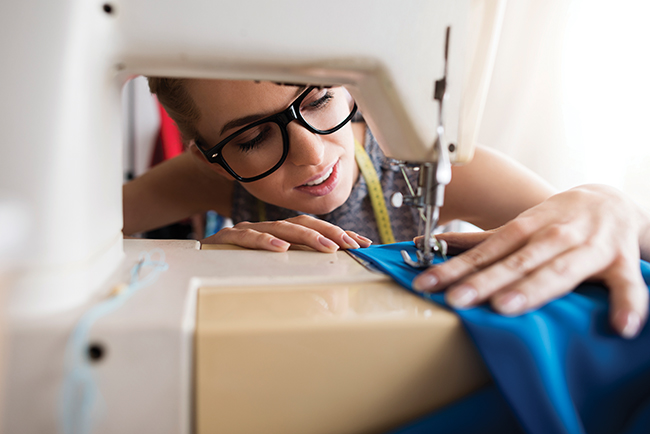 I like the way Caroline Lucas summarised our throwaway society: “the cost of things do not reflect the labour, or the true costs that have gone into producing them.” I couldn’t agree more. Modern retailing practices mean that new, affordable garments can be yours within 24 hours of ordering online. Often, items will be at such remarkably cheap prices, that the average consumer wouldn’t see the point in making do and mending.

The fashion industry is at risk of becoming similar in practice to that of its equally profitable partner in crime, the fast food industry. As clothing becomes increasingly cheap, the quality of the garment often suffers, meaning pieces last a shorter amount of time. As a result, we consume more and more clothes, wasting the unwanted items along the way. This phenomenon is referred to as ‘Fast Fashion’.

Cambridge University’s study, entitled Well Dressed (Allwood. J. M. et al, 2006), reports that while average per capita spending on clothing over the past decade has increased, the cost of clothing has decreased by 14%. As a result, we are purchasing on average a third more clothing items than before, but for lower individual prices. And as the price decreases, so too does the lifespan of the clothes. 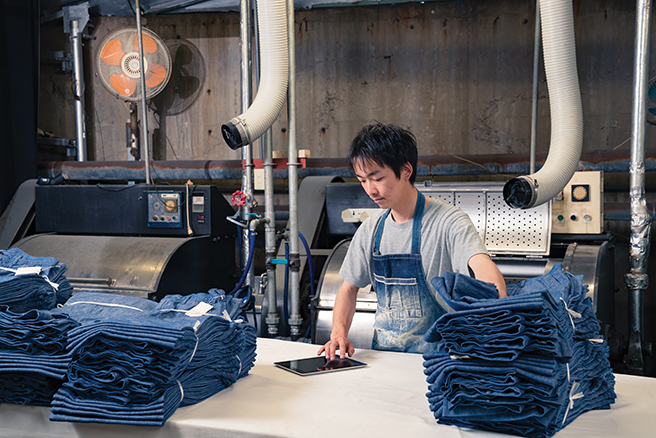 The growth in demand is forcing additional strain upon our environment. It has widely been claimed that the fashion industry is the second most polluting industry in the world today, second only to that of crude oil production. When we think of the leading causes of climate change and pollution, we almost always look to energy production, animal agriculture and transportation, while the clothes we sit in while typing up our reports on said environmental offenders, they float over our heads like a silk blouse. When we break down the methodology of the fashion industry, it plays a key role in driving almost every ecologically destructive process that occurs on a global scale. Let’s think about it for a second…

Firstly, there’s the land used for growing raw materials for goods, including cotton, hemp and flax, and this inevitably involves the use of pesticides that are then polluted into the environment to protect said crops, and energy to harvest and process them down into materials for garments. Next up, the use of animal products in goods such as leather, glues, feathers and fur. Not to mention the inclusion of man-made materials sourced from crude oil or plastic manufacturing. Finally comes the pollution from washing, processing, dyeing and bleaching. All this before we even mention the emissions from shipping the finished items to customers, often done so on a global scale. Put this all together, and the trail of destruction that’s left behind after you purchase that new shirt, well, it’s kind of depressing. 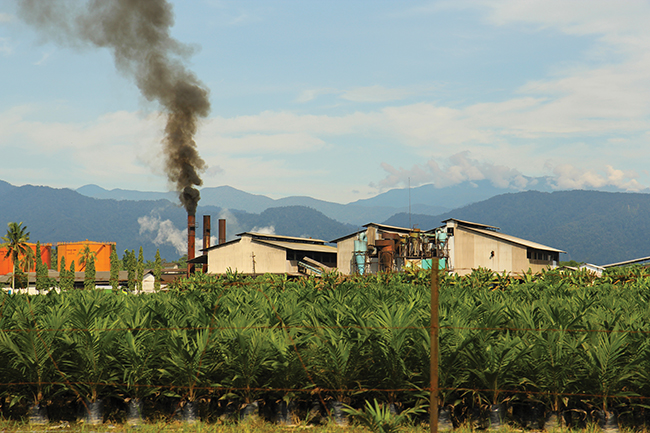 One of the most polluting processes is the colouring, bleaching and laundering of garments. For some companies, the use of harmful dyes and chemical treating agents on clothing is common practice. Do these organisations have a way to dispose of potentially toxic waste from their factories? Sadly, Greenpeace have exposed many factories dumping chemical waste water into oceans, rivers and reservoirs. Greenpeace reported gross misconduct in Bahasa, Indonesia, with 68% of local factories on the banks of one of the main rivers, the Upper Citarium, devoted to garment production. So common was the dumping of waste products into waterways that the river is now deemed one of the dirtiest in the world. Everything from dyes to chemical residues, including arsenic, mercury and other hazardous discharges. Factories are pumping out a caustic pH 14 level of waste, suggesting zero prior treatment has occurred. The ill effects of pollution for the 5 million people that reside on the riverside, not to mention the environmental costs of this misconduct, is terrifying. 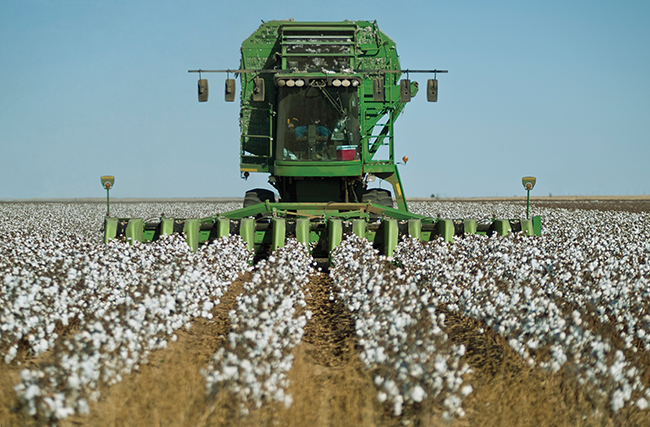 Looking at the constituent parts of a garment, you will more often than not come across cotton. Cotton is in an estimated 40% of all clothing. The fashion and agricultural industries like to paint a clean and fluffy, picturesque image of gently harvested cotton farms, with the crop being harvested with care as a part of a sun-ripened cooperative farm. Unfortunately, this is almost always not the case.

Growing cotton on such a large scale involves the common usage of pesticides and herbicides, making cotton one of the most chemically dependent crops in the world. Cotton is responsible for 18% of global pesticide use and 25% of global insecticide use. Genetically modified cotton is also estimated to constitute around 90% of total global cotton plantations, with organically grown cotton constituting just 1%. While GM crops are deemed safe by regulatory bodies, there has been little experimentation upon the impact of genetically modified crop growth on the ecosystem that could occur in the future, making this a risky process.

Cotton is also one of the most water-hungry crops in the world, resulting in rivers being diverted, via man-made practices of damming and riverbed dredging, in order to supply mass crop plantations with water. This often leaves areas of desert, barren land and the upheaval of local communities that rely on these waterways. All in the name of fashion. 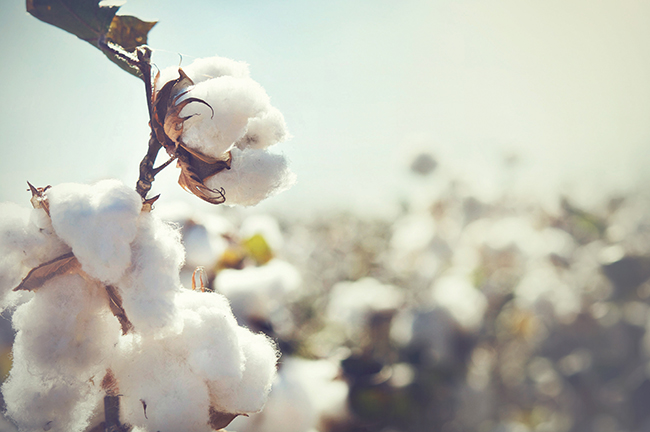 After all this information about a pair of jeans, I was left feeling pretty disappointed and lied to by the fashion industry. The extent of what I discovered was attitude changing. I began searching for eco-friendly fashion designers, mainstream high street shops with a conscience, online outlets that sourced responsibly and were proactive in the fight against fashion’s poisonous ways. That’s when I came across Greenpeace’s Detox campaign.

Launched in 2011, Greenpeace set up the Detox campaign to expose the links between fashion and textile production and the pollution of the environment. The campaign has gathered the interest of bloggers and mainstream fashion retailers alike, all of whom have demanded ethical transparency when revealing the truth behind the labels. Greenpeace’s Detox Catwalk has been revolutionary in encouraging more and more brands to take an ethical standpoint. They encourage participating brands to be accountable, be transparent to the public and pledge to eliminate 11 chemicals identified as hazardous immediately, with all other toxic chemicals to be eliminated from production by January 2020. So far they have managed to encourage 20 large scale global producers and retailers of clothing to pledge to their Detox campaign, and continue to place pressure on those lagging behind. Check out the website and join the fight to get fashion retailers to clean up their acts. 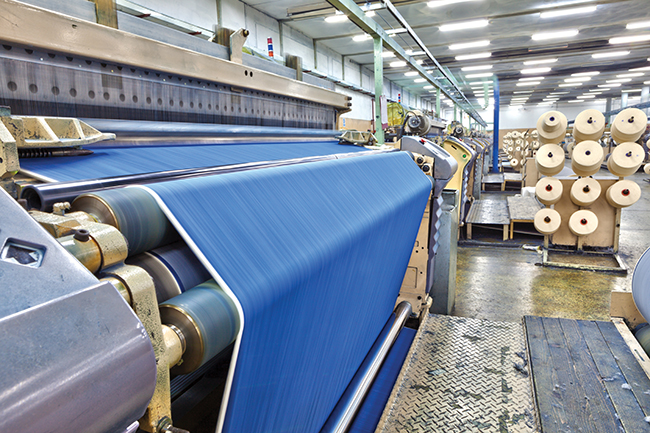 Green is the new black

So what can we do as consumers? There are a few ways that we can help influence the fashion industry to change their toxic ways. After all, we as consumers have the ultimate choice in the companies we support by choosing to, or not to, shop with them.

Choose responsibly: Check the Greenpeace website for the companies helping pave the way in the fight against fashion pollution. Brands online such as PeopleTree, and in-store brands such as H&M, Zara and M&S, are all Detox leaders.

Up-style: That pair of jeans you’ve been pushing to the back of your wardrobe for months now? Try cropping them into a pair of shorts. That vest with a rip in it? Spend a Saturday afternoon with a sewing kit and channel your inner thrifty side. Repair and upcycle clothes rather than throwing them away.

Sell on or donate: If garments simply refuse to fit, donate them to a charity shop or clothing bank. Or, try your luck and sell the clothes online.

Invest now, benefit later: Try minimalistic clothing buying of higher quality, well-made items. Yes, it may be more fanciful to blow your hard-earned spending money on the latest trend, but think about the garment in three years time. Will you still want to wear it? If the answer is no, think about finding a better quality item with a longer lifespan. I opt for block colours and simple styles for the bulk of my clothes, and buy the occasional seasonal piece.