Dating a non-vegan: How to make your relationship flourish

Can you flourish in a relationship with someone who doesn't share your vegan values? Jennifer Landis explores the realities of dating a non-vegan and finds out how to make it work.

While the vegan community is unified on plenty of fronts, when it comes to dating a non-vegan people feel a little divided. As a vegan, should you date a non-vegan? Is it good for you, and will it even be good for them? Like many things, it completely depends.

While it would be a lot simpler if there was a strict yes or no answer, whether or not you can flourish in a relationship with someone who doesn’t share your vegan ways will often come down to who you are as people and how you behave and respect one another.

For a non-vegan to truly be invited into your life, they should respect your values and make an effort to understand you — in the same way that you make an effort to understand their lifestyle. Often, it doesn’t feel exactly fair, as going vegan is an active choice based on a moral compassion for the animals and the planet while eating meat is not, but everything is a spectrum.

Just like a relationship probably won’t work with a non-vegan who constantly berates you about your choices and disrespects your values, your courtesy may come into play with other systems of values they hold.

Not everything is a tit for tat, and each relationship will work or not work on an individual basis. While it might sound a bit cliche, your answer when it comes to dating a non-vegan will probably come down to who you are as people, not the specifics of what’s on your plates. 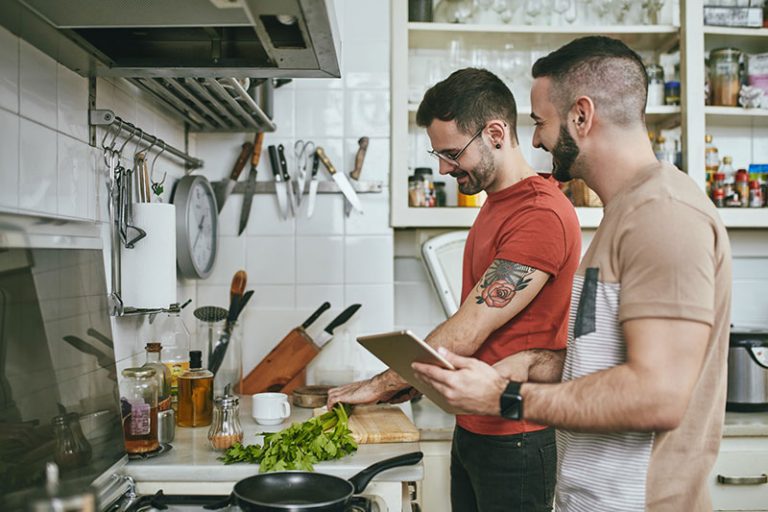 One of the biggest issues people cite for vegan and non-vegan relationships going sour is the differing world views. In many ways, this can be the case, but it helps to realize that people are often much less black and white than it can sometimes seem. Belief systems are often a spectrum.

Just like not all vegans believe all the same things, each non-vegan will fall at a different place on the omnivore spectrum.

Sure, the chasm might be a bit too wide if you catch butterflies for someone who happens to love hunting, eats meat at every meal and tries to put you down for the way that you choose to live your life.

But that person isn’t the same as the cute but misguided friend who says, “I’d love to go vegan, but it just seems too hard.” Take everyone on a case by case basis. Some will be much more willing to compromise than others.

One of the best ways to come together in a relationship when dating a non-vegan is sharing meals and showing off how good vegan food can be. Sometimes, people draw a strange false dichotomy between vegan food and non-vegan food. Really, vegan food is just regular food without a few things. Show them that!

While making vegan food often might — at first — mean that you must step up and do the cooking, it also puts you in the driver’s seat. When you do the work to cook, your partner isn’t in a position to complain about what you make or ask you to cook something that’s clearly against your values. Plus, there are so many amazing meals you can try out that will satisfy everyone.

You can’t force anybody

While you can absolutely control what goes on in the kitchen when you’re cooking and what kind of food enters your home, it’s also important to remember that you can’t force anybody to make a lifestyle change that they aren’t comfortable with making on their own.

Pressuring someone and putting restrictions on someone’s actions isn’t healthy in a relationship, even if you’re well-intentioned. And with something as big as going vegan, it probably won’t last unless they’re all in.

Setting boundaries in your relationship

Just because you can’t make someone go vegan for you doesn’t mean you don’t have the right to your own boundaries. If your partner wants to accept and love you for who you really are, they need to understand and respect that veganism is an active choice born out of serious moral values.

Asking your partner to make accommodations for you and respect your boundaries is perfectly reasonable. And not sharing the same values doesn’t mean they have the right to put you in uncomfortable situations, disrespect your space or try to make you eat nonvegan food.

You have every right to set the boundaries that make you feel comfortable. If you don’t want non-vegan food in your house or your kitchen, you don’t have to allow it. If you don’t feel comfortable cooking meat along with your own vegan meal, that’s a boundary you can set. Think about your comfort levels and engage in positive communication.

Should you have the kids conversation?

If you’re a bit further along in the relationship, the kids conversation may come up naturally. But you can even mention ideas in the hypothetical. Many vegans feel strongly about wanting to raise their children vegan, and while some non-vegans are totally on board, others might not take too kindly to the idea.

Consider where you stand on this issue and talk about it openly and honestly together. While plenty of people have differing opinions on parenting philosophies, it’s important to think about how it may work in the long term. Really, it all depends on where you both stand and how far you’re willing to compromise.

At the end of the day, some vegan and non-vegan relationships can work swimmingly while others fall flat. There’s no one-size-fits-all answer — because it’s more about the people involved than the business in the kitchen.

The best way to someone’s heart is through their stomach!

Get recipe ideas for a romantic vegan dinner for two featuring starters, mains and sides here.