A guide to vegan skincare

The products we put on our skin can matter as much as the food we put in our mouths, as Eva Killeen discovers...

In 2020, the word ‘vegan’ is no longer exclusively related to diet. The vegan skincare market, in particular, is on the up with people becoming more in tune with our collective impact on our surroundings and opting for ethical lifestyle choices.

Even if you’re not fully vegan, you should be interested in vegan skincare, because not only can it be of benefit to your skin, it also packs a positive punch in the fight to save our planet.

Vegan skincare means the absence of animal-derived ingredients, whereas cruelty-free refers to a product that doesn’t test on animals.

In other words, a vegan item could have been tested on an animal and a cruelty-free product may contain animal ingredients. Make sure to keep an eye on both aspects when choosing your next skincare product.

One way to confirm a product has not been tested on animals is to check for the Leaping Bunny stamp. The Leaping Bunny Program grants certification to personal care product companies, confirming that no animal testing has been done at any phase of the production process.

You can also look up PETA’s Beauty Without Bunnies Program, which lists skincare companies that are cruelty-free, vegan or both.

It’s commonly thought that the reason companies continue testing on animals is to sell products in China, where animal testing is required by law for imported skincare.

China is potentially a very lucrative market, which, disappointingly, is more important to some companies.

As far back as the 1990s, companies such as Estée Lauder and Revlon made great strides and stopped animal testing, only to U-turn in order to sell products in China. More recently, in 2017, NARS made the same decision and now tests on animals. 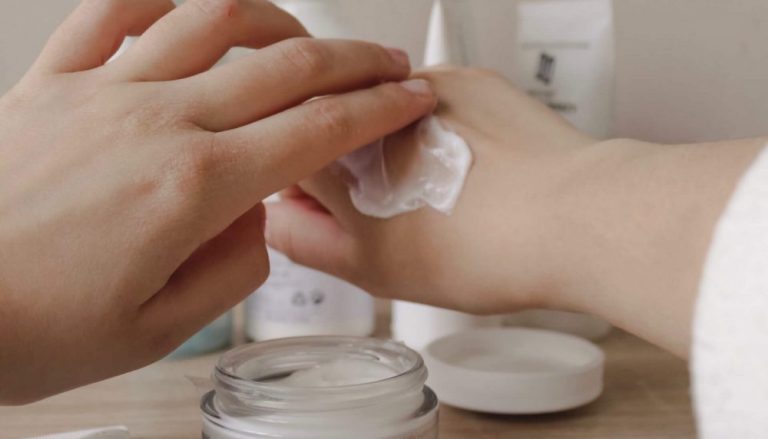 There is a running debate among vegan skincare aficionados about products made with palm oil. As we now know, palm oil contributes to deforestation.

Every hour around the world, the equivalent of 300 football fields are cleared to make room for plantations, endangering the habitats of orang-utans and other species.

While not derived directly from animals, the fact that palm oil contributes to the deaths of many beautiful and often endangered species leaves many feeling that this ingredient should follow in the footsteps of honey by being considered a non-vegan ingredient.

Palm oil is often listed under different names, so look out for palm oil, PKO, palmitate, palm kernel stearin, or other variations.

Better for the planet

Climate scientists clearly state that the process of raising and processing animals for food and other ingredients is detrimental on the planet.

Animal agriculture is responsible for more greenhouse gas emissions than the entire transportation sector combined. While driving a hybrid is good, reducing animal ingredients is better!

When animals raised for meat or dairy (a common skincare ingredient), such as cows or goats, burp or pass gas, a little puff of methane enters the atmosphere.

Like carbon dioxide, methane is a potent greenhouse gas, and added together, these emissions can have a major impact on the climate.

A simple example of how an ingredient swap can make a difference: choose a product with its exfoliating alpha hydroxy acid (AHA) from sugar cane instead of from milk sugars. Do this, and you’ll remove dead skin cells without adding methane to the atmosphere.

The animal agriculture industry is also a leading cause of deforestation and pollution, so opting for vegan skincare will help to reduce your environmental footprint.

But it is not just what your skincare is made from that matters: water usage, transportation and packaging, among others, are also potent environmental stressors.

• Water usage – While agriculture is the worst offender for water usage (taking up about 70%)6, the skincare and cosmetics industry is a growing contributor. Water is commonly used as a filler ingredient in many cheaper products, so look for items with no or low water content.

• Transportation – Like food, skincare made in far-away countries, such as New Zealand, as lovely as it is, has a long way to travel to reach our shelves, leaving a carbon trail along the way. Where possible, choose products made locally or in a nearby country.

• Packaging – The average moisturiser pot takes 1,000 years to decompose7. Given the large volume of products we purchase year to year, our skincare footprint will leave a mark for generations to come. Check out companies like LUSH, who sell their shampoo as bars of soap without needing any packaging. Or Neal’s Yard, who use glass containers. The company also offers a great recycling scheme and, in 2008, became the first high-street brand to be declared carbon neutral. 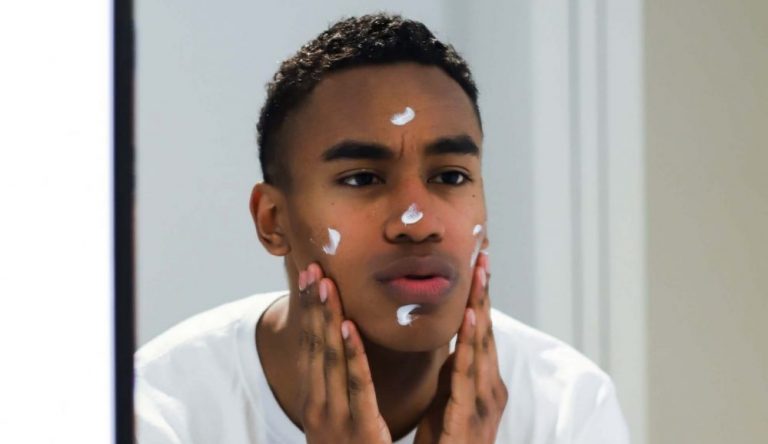 Better for your skin

As is the case in the food world, not all vegan skincare is created equally – just because it’s vegan, doesn’t mean it’s healthy.

But when you do find a brand that focuses on powerful, natural, vegan skincare ingredients without harmful chemicals, you are opening the door to a world of fresh, glowing and guilt-free skin.

High-quality vegan skincare ingredients are natural and nourishing and are less likely to cause irritation, or the other issues caused by chemicals, animal ingredients and other additives.

For example, oils from plants such as meadowfoam, oats and cotton are a more-than-adequate alternative to sperm oil (which comes from hunted sperm whales).

These natural ingredients have high levels of moisturising fatty acids, not to mention antioxidants to help fight the signs of sun damage and ageing.

Plants are the greatest source of nutrients and health-enhancing antioxidants. So, no matter what, natural, vegan skincare is a win for your skin!

Put it this way: would you rather put rose water, vitamin C and aloe on your skin — or parabens, polyethylene, and toluene?

For the ultimate skincare solution, look out for products that are both vegan and cruelty-free, and also free from parabens, sulfates, phthalates, silicones and artificial fragrances.

A nutritional therapist and freelance health writer, editor and content creator, Eva’s key areas of interest include nutrition and wellness, veganism, cruelty-free beauty, plant-based food and the environment. You can keep up to date with Eva @ASprinkleofHealthy.