Top 10 vegan sources of iron: How to maximise your iron absorption

Many people worry that cutting meat from their diets leaves them at risk of becoming iron deficient. The truth is, there are plenty of plant-based foods that are rich in iron. Make sure you're consuming plenty of these vegan sources of iron to ensure your body is getting everything it needs from your vegan diet.

What is iron and why do our bodies need it?

Iron is a mineral that regularly comes into the spotlight in vegan nutrition. But what is iron? And should vegans be concerned about getting enough of it?

Iron is found all around us, in our environment, our food and our bodies. We require iron to make haemoglobin, a protein that transports oxygen around our body via red blood cells.

Iron also supports the function of our immune system, growth and development and even our learning and behaviour1.

Due to its vital role in human health, it is important that we get a regular supply through the food we eat.

Signs of iron deficiency in vegans – can veganism cause anaemia?

For example, if we don’t get enough iron, our body simply cannot make enough haemoglobin, limiting our ability to deliver oxygen to our muscles.

In the UK, we recommended a daily dietary intake of 8.7mg of iron3. Menstruating women are more at risk of iron deficiency due to regular blood loss during their monthly cycle.

Women aged between 19 and 50 are therefore recommended to increase their intake to 14.8mg per day3.

In fact, very low intakes of iron have been found in 54% of girls and 27% of women, regardless of the diet they consumed4. 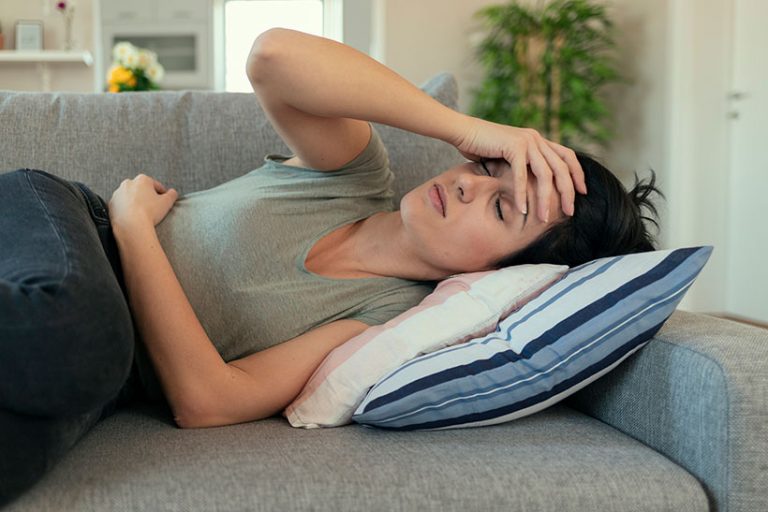 Can veganism cause iron deficiency?

Due to our historical and cultural emphasis on the iron content of meat, there is a widely held belief that a vegan diet is deficient in iron.

However, a large study of over 40,000 women found that vegans did not have lower intakes of iron than meat-eaters5.

In fact, you may be surprised to hear that studies have shown vegan populations to have a higher intake of iron than other dietary patterns5.

So, if vegans are getting lots of dietary iron, why should we worry?

The concern stems from the absorbability (or ‘bioavailability’) of iron from plant foods. Iron comes in two forms; haem iron and non-haem iron.

This is because plant foods contain other substances, such as phytates, that bind with minerals like iron, reducing their bioavailability1.

Phytates are found in many healthy plant foods including wholegrains, legumes, nuts and seeds.

These foods are jam-packed with beneficial substances such as fibre, phytonutrients and antioxidants so we should not be trying to avoid them.

Moreover, the reduced bioavailability of plant-derived iron may be why long-term vegans have been found to have lower iron stores7.

Despite this, vegans are at no higher risk of developing iron-deficiency anaemia than the general population6.

In fact, consuming plant-derived iron actually allows our body to have more control over absorption. If our iron stores are low, the body adapts to absorb more from plant foods, if we have sufficient amounts, absorption will decrease1.

In contrast to plant-based iron, iron from meat is readily absorbed, whatever our iron status. This can be a bad thing as the human body has no efficient way to rid itself of excess iron.

Additionally, iron is a pro-oxidant and high levels have been identified as a risk factor for type 2 diabetes, cardiovascular disease, neurodegenerative diseases, and cancer8.

So, meeting your iron requirements using a range of delicious vegan sources of iron may even be the wisest decision after all! 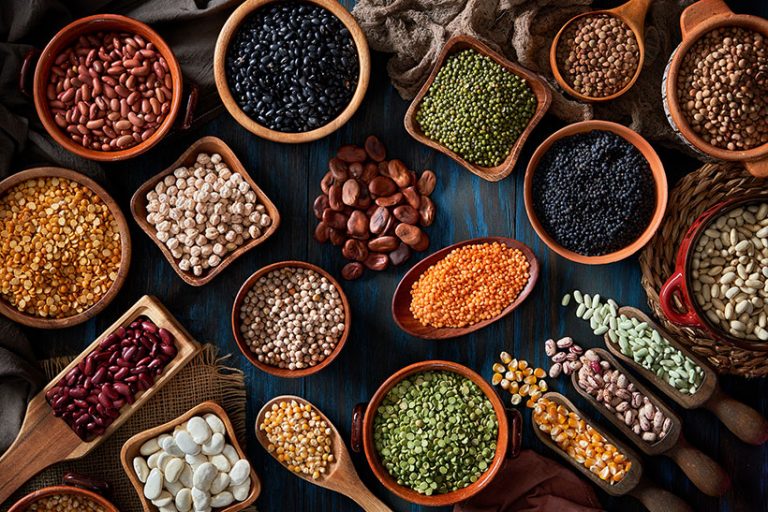 Wholegrains, legumes, nuts and seeds contain phytates which bind with minerals like iron and therefore reduce their bioavailability

How to maximise iron absorption

Many plant foods contain good amounts of iron, but there are ways of preparing foods that can increase your body’s ability to absorb it.

For instance, pairing plant-based iron with a source of vitamin C can increase absorption up to 6 fold1. Conveniently, plant-based diets are naturally rich in vitamin C.

In addition, don’t drink tea or coffee with meals. This is because the tannins in these drinks act in a similar way to phytates, reducing iron absorption.

Another unusual but useful tip is to cook using cast iron pans. This is because small amounts of iron leach into your cooking and can boost your iron intake! 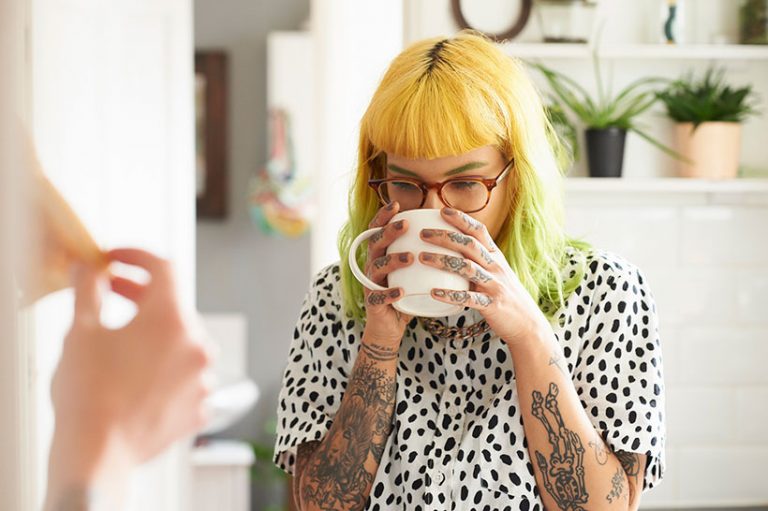 One sachet of fortified instant oats can provide your body with a whopping 7.8mg of iron. Choosing 30g of fortified bran flakes will provides 2.4mg of iron. You can also increase your absorption by adding 80g of strawberries.

Just 100g of this fermented soya product provides 3.6mg of iron. Pair it with some steamed broccoli to give your body an absorption boost.

Adding 2tbsp of pumpkin seeds to your meal will provide 3mg of iron. A 150ml glass of fruit juice will provide absorption-boosting vitamin C. 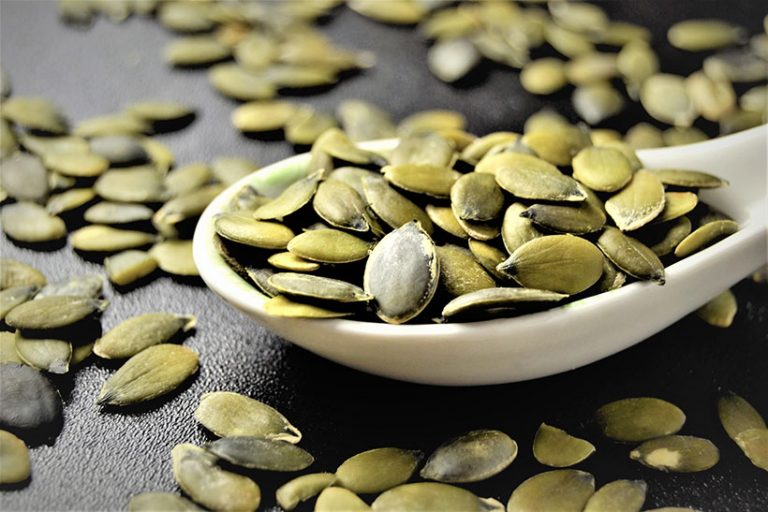 Beans on toast is a win for an iron-rich meal, with 200g of baked beans providing 2.8mg of iron. Finish your meal with a kiwi to get the most iron from your meal.

Cook up 75g of dry wholewheat pasta and your meal will contain 2.4mg of iron. Alternatively, mix in some kale for a vitamin C kick.

Cook 50g of quinoa and stir into a salad to get 3.9mg of iron. Squeeze some lemon or lime juice over the top for a zingy taste and an iron boost.

Having a sandwich using 2 slices of wholemeal bread will provide 1.8mg of iron from the bread alone. Add in some sliced bell pepper for a crunch and a vitamin C hit. 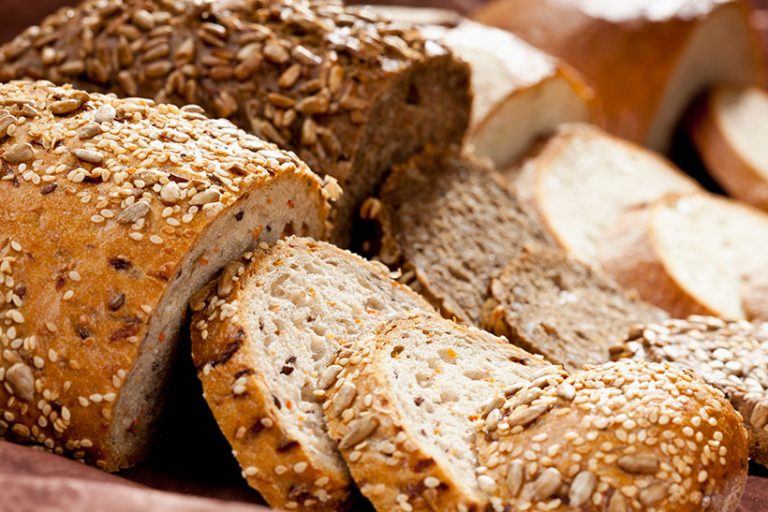 Just 1 Tbsp will provide 1.6mg of iron. Drizzle it over your salad or use it in your hummus. Alternatively, pairing it with lemon juice is the perfect match for taste and iron absorption.

Sprinkle 2tbsp over your breakfast or lunch for 1mg of iron. Enjoy pineapple after your meal for the vitamin C benefits.

Finally, you can also snack on a handful of cashew nuts for 1.9mg of iron. Pair with blackcurrants for a dose of vitamin C. 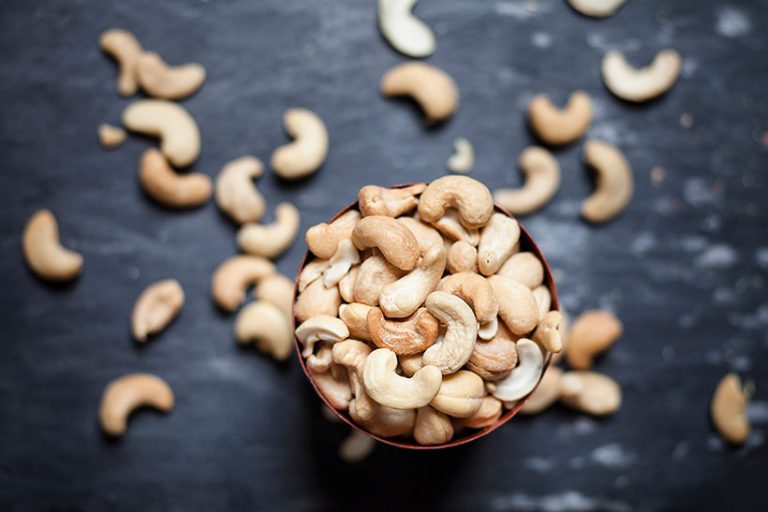 In conclusion, most of us can get all the iron we need from a well-planned vegan diet. Consequently, supplementation is often unnecessary and can in fact be harmful.

If you have any concerns, or a condition that puts you at a higher risk of deficiency, get your iron levels checked by a healthcare professional who can advise on the best course of action for you.

Now you’re clued up about the best vegan sources of iron, find out what are the best sources of vitamin E for vegans. 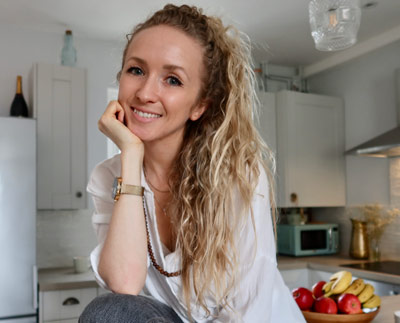 Rosie is a plant-based registered dietitian working in the NHS as Employee Health & Wellness Dietitian for NHS staff. As a former zoologist working in animal welfare, Rosie turned to a vegan diet in 2014. Having studied and experienced the physical and psychological benefits of a diet based on whole plant food, Rosie now works to support others embrace a plant-based diet for human, planetary and animal health through her business, Rosemary Nutrition & Dietetics. Rosie is also a board member of Plant Based Health Professionals UK.