Before reaching for a painkiller, why not try these natural alternatives?

Pain can be unbearable. Often our first instinct is to reach into the medicine cabinet in search of pain-relieving pills. However, the natural world is full of plants that have a strong anti-inflammatory and analgesic action on the body.

There are many plant-based pain relievers that won’t give you the horrible side effects of medication. Through trials, some of these have even been directly compared to pain relief medication in the treatment of pain and come out as equally effective, if not more so.

Claire Kelly has compiled a list of some common ailments and natural treatments for you to try.

“Often called ‘nature’s aspirin’ because aspirin is a synthetic version of the active element of willow bark, salacin,” says Jenny, “you can use white willow bark for headaches and back pain.”

Herbalist Leyla El Mouden adds: “White willow bark has a 1,000-year history of use as an analgesic and anti-inflammatory. It has a blood thinning effect, thus reducing the intensity of throbbing, pulsating pain around an injured or painful area of the body. It is used regularly in sports performance injuries, for lower back pain and for its pain-relieving effects.” 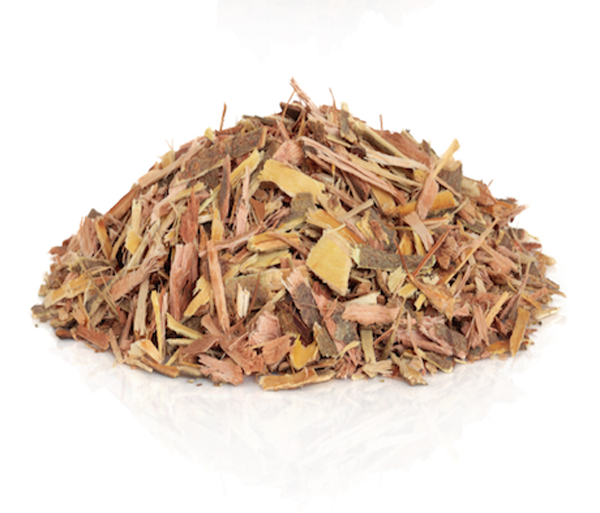 It’s also worth reaching for lavender oil – used during both World Wars as a pain reliever. Today there is evidence that inhaling the oil can help relieve pain during migraines, back pain and pain associated with surgery. 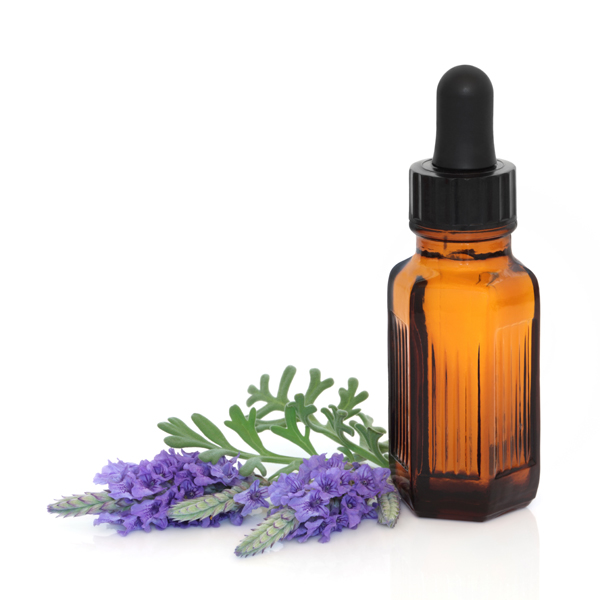 Herbalist Leyla El Moudden explains: “Frankincense is a resin from the aromatic boswellia trees that grow throughout the Middle East. Clinical trials show that boswellia performs as well as non-steroidal anti-inflammatory drugs (NSAID) for pain. You can take it as a tea, use as a tincture or essential oil. Simply massage the essential oils of boswellia into sore joints; the aroma of boswellia incense or oil is uplifting and vibrant – just what you need when feeling sore or stiff.”

Best known as cayenne or chilli pepper, capsicum is one of the most studied plants for pain relief due to its multiple pain-blocking actions. To benefit from its pain-relieving benefits, Leyla recommends adding cayenne to soups, stews, morning smoothies, juices or taking it as a powder or tincture.

“Use it topically in very small doses (preferably in a plant-based oil base and never ever freshly cut on the skin), and it will have a local pain-relieving action as well as warming up stiff joints and muscles,” she adds. 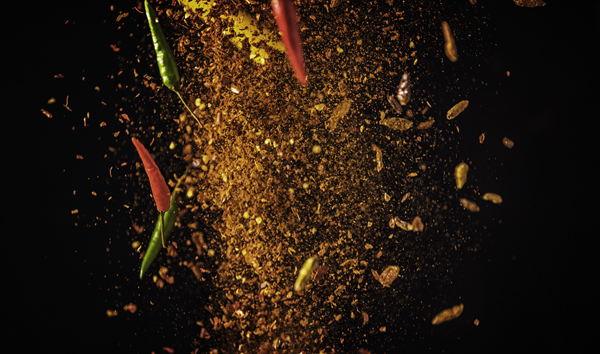 This has been traditionally prescribed for any pain that throbs. Leyla explains: “It has two pain relieving actions: primarily, it reduces inflammation, which means that heat, throbbing and pulsating around the injury or soreness is reduced; secondly, as an analgesic. Studies for its suitability for arthritis have found it reduces the progression of pain and slows the regulatory of inflammatory episodes.”

Inflammation can often be the underlying cause of pain, so treating the body with natural anti-inflammatory agents can go a long way towards managing pain levels. You’ll be pleased to know that there are plenty of choices available from the kitchen cupboard.

Nutritionist Jenny Tschiesche comments: “Both flaxseeds and chia seeds contain alpha-linoleic acid (ALA), one of three omega-3 fatty acids. When consumed in ground form (flaxseeds) and whole form (chia seeds) the ALA is converted into the other, more powerful omega-3’s, docosahexaenoic (DHA) and eicosapentaenoic (EPA) acids. Both have been shown to significantly decrease pro-inflammatory compounds in the body.” 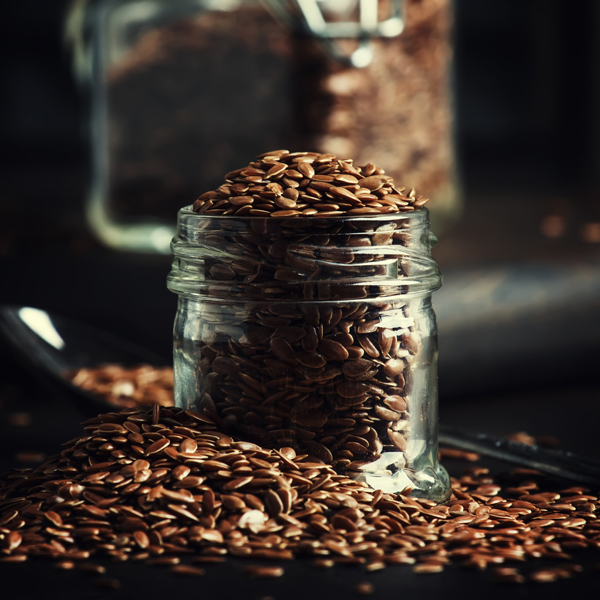 Jenny adds: “Turmeric has been used for thousands of years in traditional medicine for easing pain from bruises to joint pain and from sprains to strains. The pain relief comes from turmeric’s active ingredient, curcumin, which lowers the levels of two enzymes in the body that cause inflammation.”

Herbalist Leyla El Moudden also recommends turmeric: “Chronic joint inflammatory disorders such as arthritis cause pain due to random upsurges of inflammation. Turmeric directly interferes with inflammatory response. It works best when warm and combined with a plant-based oil of some kind (eg, olive oil). Two heaped tablespoons in any soup, stock, dinner or smoothie with a sprinkle of black pepper and you have yourself an amazing anti-inflammatory mixture.”

Ginger is a great natural anti-inflammatory, which has been used for thousands of years by the Chinese, who realised early on that it has a natural ability to help relieve pain. “In studies it has been shown to provide relief for arthritis, headaches, menstrual cramps and muscle soreness,” explains Jenny Tschiesche. 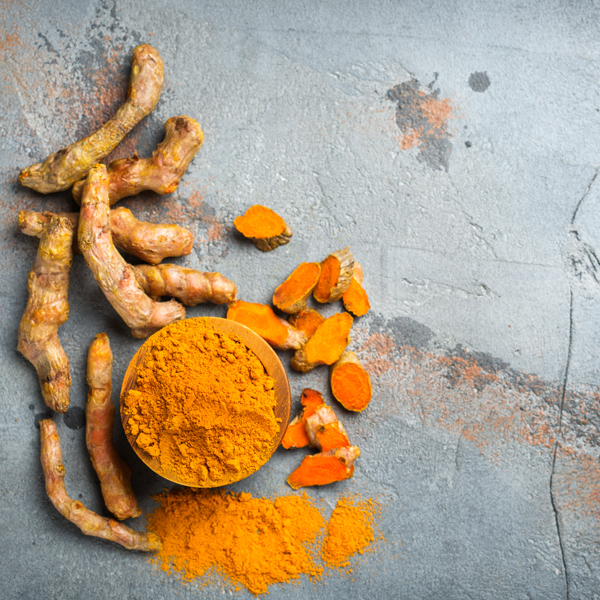 Try these veggies for their beta-carotene content. Jenny Tschiesche says: “Cordycepin, extracted from the cordyceps mushroom, has been shown to block the inflammatory process of osteoarthritis on the cells of the cartilage connective tissue. Some research suggests that cordycepin could even provide total pain relief for osteoarthritis sufferers.”

Try cats claw for arthritis. Herbalist Leyla El Moudden advises, “Cat’s claw is a woody vine that grows in the Amazon rainforest. In Brazil, it is commonly prescribed for the pain of osteoarthritis. When an injury occurs, the body increases production of a substance that inflames the tissues surrounding the injury. Cat’s claw is thought to reduce the production of these inflammatory molecules, thus reducing the pain of arthritis inflammation.” 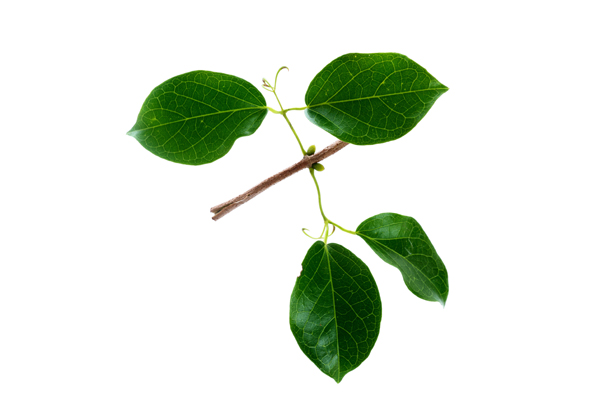 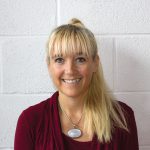 Claire Kelly is a co-founder of Indigo Herbs, indigo-herbs.co.uk. With a background in naturopathy, holistic health, aromatherapy and body massage, she believes we can all improve our health with nature’s medicine cabinet and plant-based eating.