Gut feeling: The importance of your gut bacteria

Grace Forsythe from Viva!Health discovers that the smallest microbes can have the biggest of impacts on your gut health.

The microbes that live in and on our bodies are easy to overlook – not that we could see them if we tried!

We’ve known about these microscopic organisms for a long time, but only now is research beginning to reveal how important they really are to our health.

Learn how to look after your gut bacteria with a plant-based diet.

What is the gut microbiota?

The term ‘microbiota’ is used to describe the collection of different microbes that inhabit different parts of the body.

These microbes can include bacteria, viruses and fungi.

Why is gut microbiota important?

The microbiota of the gut has been found to have a particularly important role in our health and can influence our immunity, nutrition, behaviour, and can cause or prevent disease.

The species, diversity and numbers of microbes in our gut have been linked to conditions such as Crohn’s disease, ulcerative colitis, fatty liver, obesity, type 2 diabetes, allergies, Alzheimer’s and Parkinson’s disease.

It can be influenced by a huge number of factors including genetics, infections, medications, and even the method by which we’re born and whether we’re breastfed or not.

The factor that we have the most control over is diet – and it’s a crucial one.

How can we keep our gut healthy?

Research into the gut microbiota and its role in health consistently shows that the healthiest diet is a vegan one.

Here’s how the different components of our diet can affect our gut microbiota:

Some criticise the vegan diet for including large amounts of food with low bioavailability, meaning that our bodies can’t absorb or use them.

This includes foods high in fibre, which we cannot digest, so some believe there’s no point in eating it – but they forget that we’re not just feeding ourselves.

These foods are also known as ‘prebiotics’, and some types of bacteria in our gut use them to produce short-chain fatty acids (SCFAs).

These provide an energy source to the cells of the intestine and they also have protective anti-inflammatory, anti-cancer effects.

One SCFA called butyrate has been shown to prevent colorectal cancer, and also to prevent the growth and spread of this disease when it is already present. 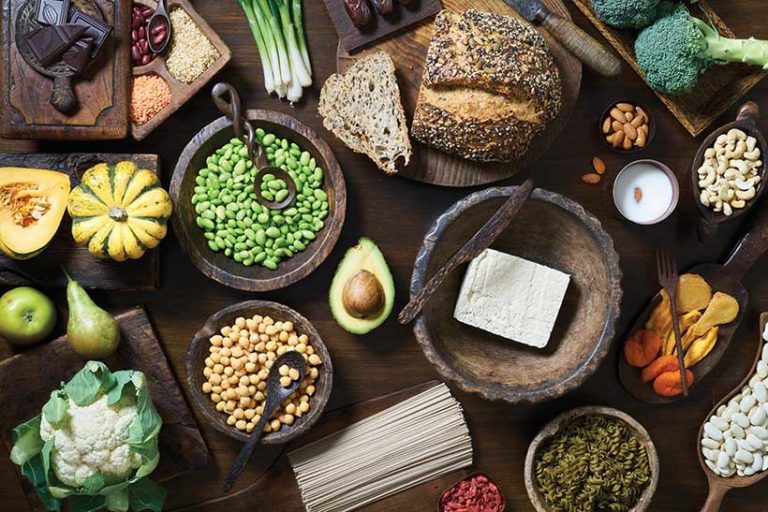 As these foods are not absorbed by the small intestine, they reach the large intestine where they can enrich the gut microbiota.

Much of the typical western diet consists of highly processed foods where any intact plant cells are destroyed, removing the fibre.

These foods are easily absorbed by the small intestine, and hence are less likely to travel further down to the large intestine, depriving the microbiota located there of nutrients.

Over time, if someone consumes mostly processed foods and meat and dairy products, the composition of their gut microbiota shifts.

As there is less fibre passing through, the types of bacteria that depend on it for energy reduce in numbers and ‘bad’ types can fill their place.

The good news is that it can also shift into a healthy state with the introduction of whole plant foods and the reduction of meat and dairy.

The type of protein we eat also influences our gut microbiota. Those who eat animal protein show reduced amounts of gut bacteria that can use plant carbohydrates.

This results in less SCFAs being produced, increasing the risk of inflammation and colorectal cancer. SCFAs are not the only products produced by gut microbiota – some of them can also be harmful.

L-carnitine and choline are found in meat, egg yolks and dairy products and in very small amounts in some plants, and can be converted in the gut into trimethylamine.

This is later converted into TMAO, associated with heart disease, kidney disease and neurological disorders. Some fish and other seafood are naturally high in TMAO.

Studies have shown that vegetarians and vegans have a significantly reduced ability to produce TMAO, even when foods high in L-carnitine are consumed.

This is thought to be due to L-carnitine having a high bio-availability in the small intestines of vegetarians and vegans, meaning it doesn’t reach the bacteria in the large intestine that would convert it into trimethylamine.

This may sound complicated but the take-home message is healthy food produces a healthy gut.

Polyphenols are found in all plants, but some have particularly high levels such as coffee, turmeric, herbs, tomatoes, nuts, garlic and cocoa.

Some gut bacteria can free these compounds from the plant foods in the gut so that the body can use them. Many polyphenols have strong anti-inflammatory properties, which can help to protect against chronic diseases. 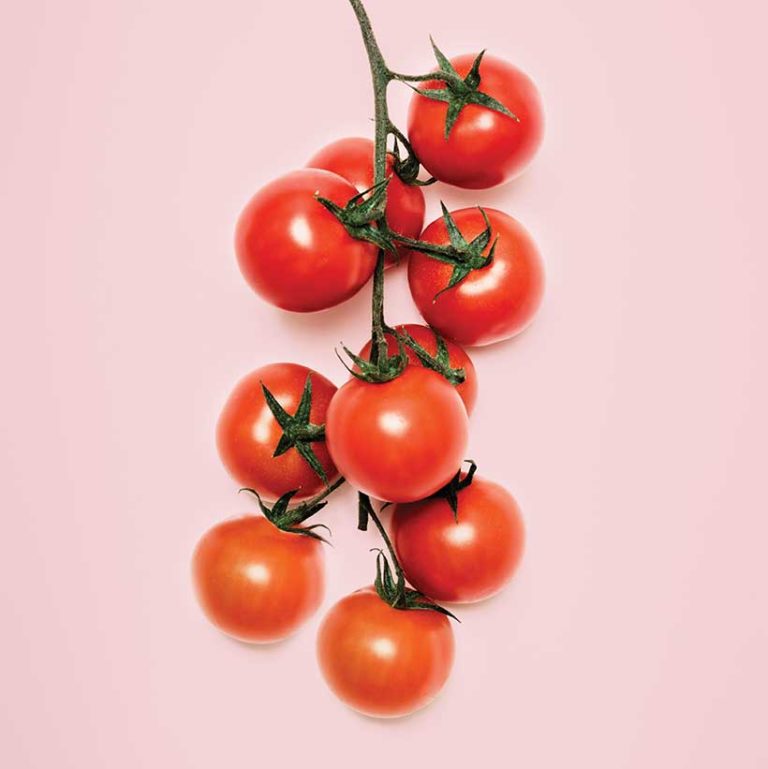 Vegan diets have been shown to promote more diverse and stable microbial systems in the gut and encourage the production of microbial products that are beneficial to health.

Eating a varied vegan diet full of fruit, vegetables, wholegrain foods, pulses, nuts and seeds is the best way to keep your gut happy and ensure that you’re getting plenty of fibre, plant protein and polyphenols!