Grace Forsythe from Viva! Health takes a closer look at what’s in coconut oil and whether it’s a wonder food or cause for worry… 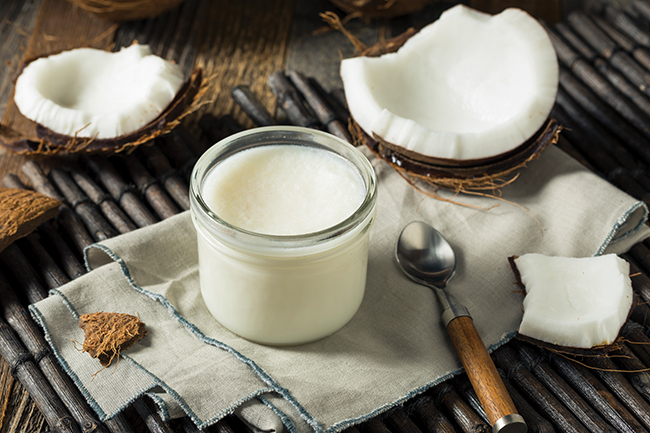 Is it a wonder product, capable of curing acne, promoting weight loss and even preventing heart disease and cancer? Or should it be shunned for its high saturated fat content? One thing is certain – coconut oil has seen a massive explosion in popularity. It’s in every health food shop across the UK, often promoted as a solution to various ailments. So what’s the truth about coconut oil?

Most saturated fat consumed in the UK comes from meat and dairy products such as cheese, cream, butter and ghee, as well as lard and palm oil, and processed foods such as cakes and biscuits are often packed with it. As most of these are animal products and shunned by vegans, it’s easy for us to think that we’re exempt from high blood cholesterol levels because we consume only plant oils.

While most plant oils contain less than 20 per cent saturated fat, coconut oil is 86.5 per cent! By comparison, rapeseed oil is seven per cent and butter 50 per cent. Just one tablespoon of coconut oil contains over half of the maximum recommended intake of saturated fat for the day. Like all plant foods it is cholesterol-free, but its high saturated fat content could be a problem if consumed regularly. A diet high in saturated fat is known to cause our livers to produce more of our body’s own cholesterol. High cholesterol levels result in high LDL, also known as the ‘bad’ cholesterol, which can cause coronary heart disease, heart attacks and strokes. But it isn’t quite that simple. 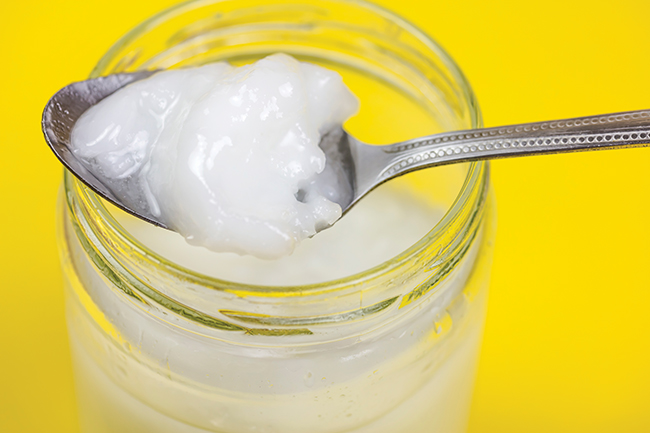 We all know someone who sings coconut oil’s praises, but these big claims are based on flimsy studies. The BBC programme Trust Me, I’m a Doctor ran an experiment on coconut oil and cholesterol in 2018 and led many to believe that they should be eating more of the stuff. However, this study has since been criticised for having significant flaws – such as that only 28 people were actually given coconut oil! This is a good example of why it’s important to do your research before accepting any claim as fact.

Many other pro-coconut oil claims aren’t backed by solid evidence and are often based on small studies, animal experiments or use isolated components of coconut oil rather than the whole product itself.

As such a large proportion of coconut oil is saturated fat, there isn’t much room left for the really important unsaturated fats, omega-3 and omega-6. It contains hardly any omega-3 and just a small amount of omega-6. Diets higher in omega-6 than omega-3 can prevent the body from using omega-3 fats properly, effectively cancelling it out, so balance is important. Flaxseed oil is far superior, but needs to be used raw, as cooking destroys its good fats. Coconut oil just doesn’t fare well at all compared to most other plant oils.

These are plant compounds similar to cholesterol and compete with it for absorption by the intestines. Phytosterols have been shown to reduce levels of cholesterol in the blood, which reduces the risk of fatty deposits building up on the blood vessel walls (atherosclerosis). This can lead to increased risk of high blood pressure, coronary heart disease, heart attack and stroke. In comparison to other plant oils, coconut oil is relatively low in phytosterols. It contains around 0.8 milligrams per gram, whereas flaxseed contains 4 milligrams and rapeseed oil contains 5 milligrams per gram.

How to use coconut oil

Whatever its health profile, some people just enjoy the flavour of coconut oil in their dishes – so what’s the best way to use it? Unrefined coconut oil has a relatively low smoke point compared to other oils, around 175°C/350°F. The smoke point is the temperature at which oil starts to burn, which can spoil the taste of food, but also has other consequences. Heating above the smoke point causes the release of free radicals, aldehydes and trans fat, all of which have been associated with an increased risk of cancer and heart disease. 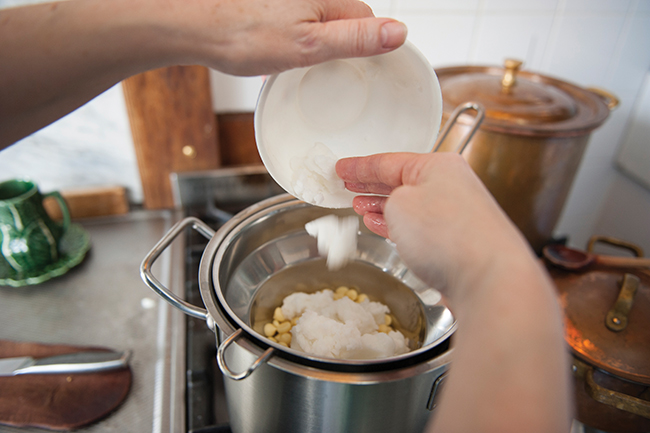 It really is best to avoid these harmful products, so only use coconut oil when cooking with medium or low heat and avoid high-heat techniques such as deep frying or oven baking, unless using a low heat setting. When cooking at high heat, it’s best to use oils with a higher smoke point, such as rapeseed oil.

Despite these cautions, we shouldn’t condemn coconut in its natural form – flesh and water. Coconut flesh is high in fat, but it also has a high fibre content. In addition, pure coconut water is a good source of potassium, manganese and magnesium – meaning they can be enjoyed occasionally as part of a healthy diet. There are, of course, many other fruits, vegetables, whole grains and pulses that have plenty of fibre without the high saturated fat of coconut.

There is currently no solid evidence to suggest that additional coconut oil has any beneficial health effects. It also doesn’t rise to the claims of curing acne, promoting weight loss or preventing heart disease or cancer. It’s fine to use a small amount of coconut oil in your food occasionally, but avoid using it every day. There are better alternatives to use in your daily cooking, which have lower saturated fat and higher amounts of omega-3, particularly flaxseed and rapeseed oil.