Milk vs soy milk: 7 reasons why soy milk is better than dairy

Wondering whether it's worth ditching cow's milk and swapping for soy milk? Find out why you should go dairy-free as we reveal why soy milk comes out into top in the milk vs soy milk battle.

There are many preconceptions about the true health benefits of soya milk, and so we wanted to break down the facts about this plant-based milk and compare it with animal-derived dairy milk.

Soya milk is not a dairy food item and it does not deliver the effects that dairy milk can have on the body. However, it is a great alternative for those who can not or do not wish to consume dairy milk.

In fact, it has been shown that one to two servings of soya milk per day can give you the same nutrients as dairy milk, and is considered a safe amount to consume.

It can seem like the surge of plant-based milk is a recent trend, but soya milk in particular has a rich and detailed history and was first recorded in the 17th century. If you’re interested in learning more, read our article on the history of plant milk.

If you’re still undecided about giving soya milk a try, read on to discover the perks of ditching dairy and choosing soya instead.

But soya milk contains a lot less saturated fat than cows’ milk and no cholesterol at all.

It also contains some fibre, which dairy doesn’t 1, and which we need for healthy digestion.

When fortified, which most brands are, soya milk contains B12, calcium and iodine, making it a very useful source of these nutrients. It’s vital that vegans ensure their diet is supplement with B12, so soya milk is a great and easy source of vegan B12.

It’s true that cows’ milk contains more vitamin A2, zinc and folate, but these are among the easiest nutrients to get from plants, so there is no need to rely on cows’ milk for them.

On British dairy factory farms, there are 32 cases of mastitis per 100 cows every year3, a figure celebrated by the farming press as “an improvement”.

Mastitis is an infection in cows’ udders, caused by their living conditions and treatment.

It’s not the only bacterial infection prevalent on dairy farms, but all over the planet. In fact, it is one of the leading reasons for the use of antibiotics in milk-producing cows.

It is legal to sell milk containing antibiotic residues, it just cannot exceed a maximum level. Consuming products such as this can contribute to antibiotic resistance.

Whereas soya milk contains no antibiotics at all. 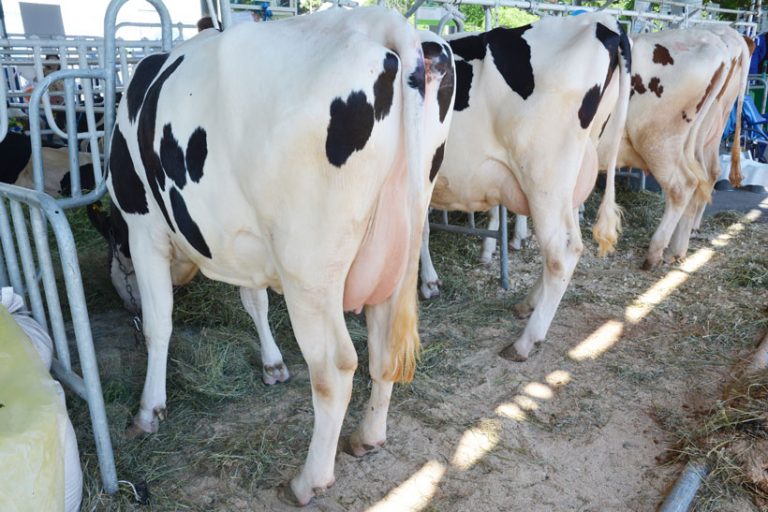 Most of the world’s adult population cannot digest lactose4, the sugars found in milk.

People who consume dairy may suffer bloating, stomach cramps, and diarrhoea, but they may have no idea that it is the lactose that is causing these unpleasant symptoms.

There is no lactose in plants, so switching to soya milk – or any other plant milk – can alleviate the problem almost immediately.

However, it is also important to be aware that some people can have a soya allergy, with symptoms ranging from mild to severe.

There have long been question marks over the role of dairy in cancer, and the evidence keeps mounting.

One study 6, for example, found that those with the highest intake of whole milk and lactose increased their risk for ovarian cancer, compared with those who consumed the least.

Another study revealed that drinking just one glass of dairy milk a day could increase your risk of developing breast cancer.

And a 2015 meta-analysis 7 in the American Journal of Clinical Nutrition found that high intakes of dairy products also increase the risk for prostate cancer. 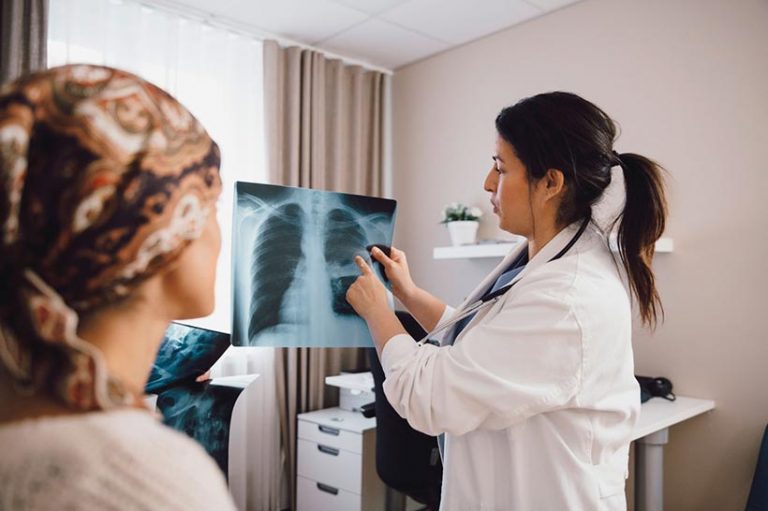 Consuming dairy milk can increase the risk of developing a form of cancer. Image credit: Maskot via Getty Images

Despite rumours that persist in online forums, evidence shows that soya does not cause cancer8.

The myth began some years ago when scientists conjectured that, because soya contains phytoestrogens, they would act in the same way as oestrogen, and this was concerning because most breast cancers are sensitive to oestrogen.

The headline writers went into overdrive before the facts were known. Once the research had actually been conducted, scientists found that, far from causing cancer, soya can be cancer protective, not just for breast cancer, but also for prostate cancer.

One study discovered that women who have just one cup of soya milk per day have 30 per cent less risk of developing breast cancer 9 compared with women who have little or no soya.

Another study found that consumption of soya is associated with a 20-30 per cent reduced risk of prostate cancer10.

Largely because of the methane produced by cows, but also because of the amount of land needed, cows’ milk was found to be the far worse option, creating more than three times the emissions of soya11. 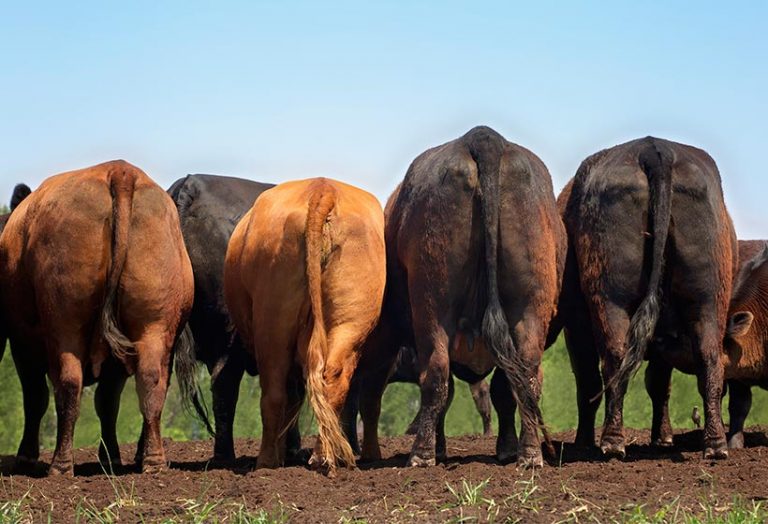 According to researchers, even the most sustainable dairy is worse for least sustainable soya milk. Image credit: Lynn Bystrom via Getty Images

6. Land Use and Deforestation

Poore also examined the amount of land needed to produce 100g of protein from many different foods.

It is this disproportionate amount of land that is needed to produce animal products that drive deforestation and has such a devastating impact on wild animal populations and biodiversity.

We know that soya is implicated in deforestation, but in fact, forests tend to be razed by beef farmers, with the soya farmers only moving in later, once the cows have eaten all the vegetation. 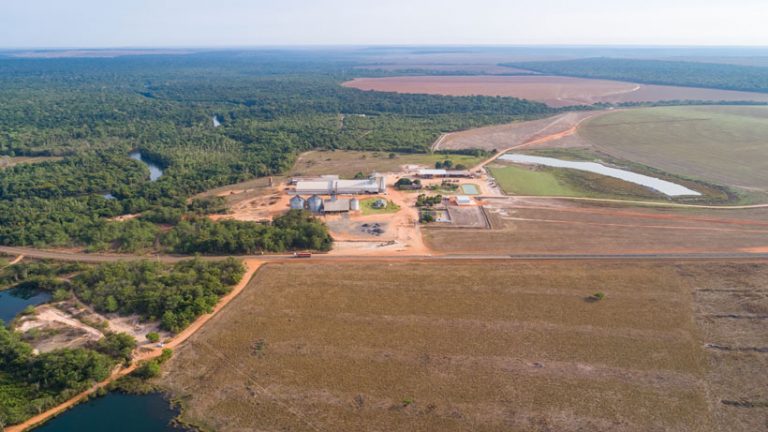 An aerial view of farmlands, which are a leading cause of deforestation. Image credit: Uwe-Bergwitzt via Getty Images

It doesn’t make soya entirely innocent, but since just seven per cent of soya goes into human foods like tofu and soya milk, it’s not plant-based eaters who are the biggest soya consumers.

That title goes to meat-eaters, because the vast majority of soya goes into farmed animal feed, predominantly for factory-farmed chickens and pigs, but also for fish and milk-producing cows.

The UK Environment Act has even officially recognised that animal agriculture is a main cause of deforestation.

A study of the global milk supply found that 628 litres of water are needed to make just one litre of cows’ milk12.

For soya milk, the figure is 28 litres, more than 22 times less. This is important because fresh water is becoming increasingly scarce and this problem will only worsen as climate breakdown progresses.

Already, two-thirds of the global population live under water scarcity, so producing dairy (and meat) is a reckless waste.

Thankfully, every kind of plant milk, including soya, analysed uses a lot less water than dairy.

Research from The Humane Society has even shown that switching to plant-based milk could save more than 300 baths of water per year.

Ready to swap out dairy milk? Check out some of our best plant-based milk recipes! 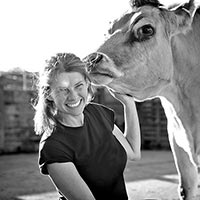 Kate Fowler is a freelance writer, film producer and campaigner who has been vegan for more than 30 years. She is the author of L-Plate Vegan: The Ideal Guide for New Vegans and the Communications Director for Generation V,  a global non-profit dedicated to educating people about the environmental, ethical, personal, and public health benefits of adopting a plant-based lifestyle.