Let’s get moving: How to start exercising regularly

As we enter an era of wellness and self care, it is vital we remember the benefits exercise has on both our bodies and minds. Let's explore how to get moving!

In a modern world where social media dominates, never before have we been more obsessed with exercise, wellness and health.

In reality, our habitual patterns of exercise and movement tell another, quite sedentary, tale.

Our levels of inactivity are at an all-time high, as the majority of us spend our working days sitting still for hours upon end.

This year, let’s move it for our health!

How often do you exercise?

There’s many an aspect that I truly love, embrace and admire about modern-day life and our intrinsically-bound relationship with technology.

Do I revel in the ability to order and receive essential vegan ingredients and superfoods online within 24 hours? Of course!

And there’s nothing I love more than to spend an hour scrolling over the latest ethical fashion buys on some of my favourite independent designer’s websites.

But the development of modern technology has a lot to answer for, both good and bad, when it comes to our health as a global population.

Shockingly, just under a quarter of us (23% on average, based on statistics for men and women combined) are classed as being under-active or inactive according to the latest NHS Statistics on Obesity, Physical Activity and Diet report for 2018.

That’s around 1 in 4 of us who do not meet the required government-based recommendations of at least 150 minutes of moderate activity or 75 minutes of vigorous activity per week (or an equivalent combination of both), in bouts of 10 minutes or more.

What’s stopping us from being active? 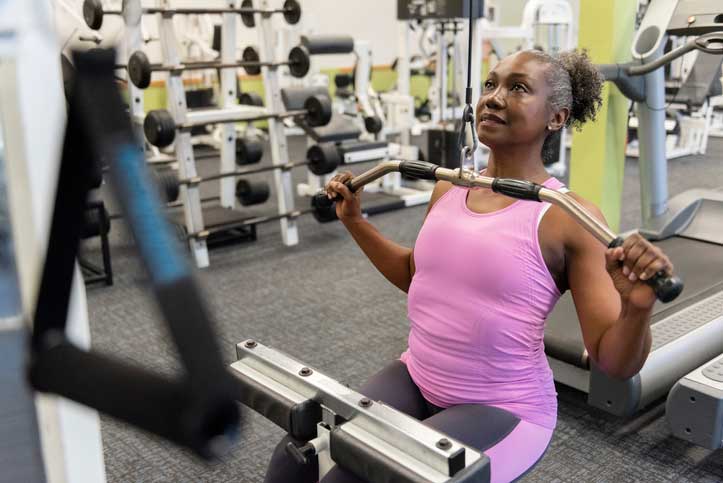 Those who would categorise themselves as inactive or as having a relatively low activity level usually tend to attribute this to one specific factor: time.

There don’t seem to be enough hours in the day when it comes to making exercise a priority for many of us.

Our busy schedules make the thought of exhausting ourselves at a 6 AM spinning class somewhat undesirable, to say the least.

After all, in-between office hours, having a social life, eating healthily and trying to stay as mindful as possible, all while ensuring you get 7-8 hours of good quality sleep every night, the most exercise many of us manage to schedule is an occasional stroll around the city.

The question now arises, what effect our lack of activity is having upon our mental and physical wellbeing?

According to findings by the World Health Organization (2013)1, inactivity can be held responsible for approximately 6% of coronary heart disease incidences, 7% of type 2 diabetes, and 10% of both breast and colon cancers.

Quite shocking statistics, when we consider that almost a quarter of our population in the UK are considered inactive.

It appears that physical exercise can act as a buffer mechanism towards easing the symptoms of many psychological conditions including stress, anxiety, depression and related disorders3.

So much so that the mental health affirming effects of regular physical exercise are scientifically comparable to those of lower to mid-dose anti-anxiety medications, such as beta-blockers.

This is because engagement in physical exercise triggers the same physiological responses (increased heart rate, sweating and increased rate of breathing) as anxiety and related conditions.

It is theorised that by engaging in physical activity, we help train our minds and bodies to better adapt to stressful stimuli, and respond in a more measured way when everyday anxiety places strains upon our mental clarity.

Something worth considering next time you decide to snooze rather than taking that early exercise class!

OK, now we’ve all heard about how beneficial exercise is for both mind and body, and chances are I’m not the first one to tell you that increasing your level of activity will help increase your health and vitality ten-fold.

However, none of this information will actually be beneficial to anyone unless you truly make the decision to get active for yourself.

In psychological terminology, there are only two types of motivation that will encourage you to successfully pursue and maintain a goal.

Unfortunately, being motivated by external factors won’t get you very far when it comes to forming healthy habits.

While external motivators, such as pleasing a friend by joining her at a spin class, might make you take the initial steps into a gym, the chances are that you’ll never return again unless you are internally motivated to do so.

Even going for a walk with a furry companion is a great way to get our bodies moving! 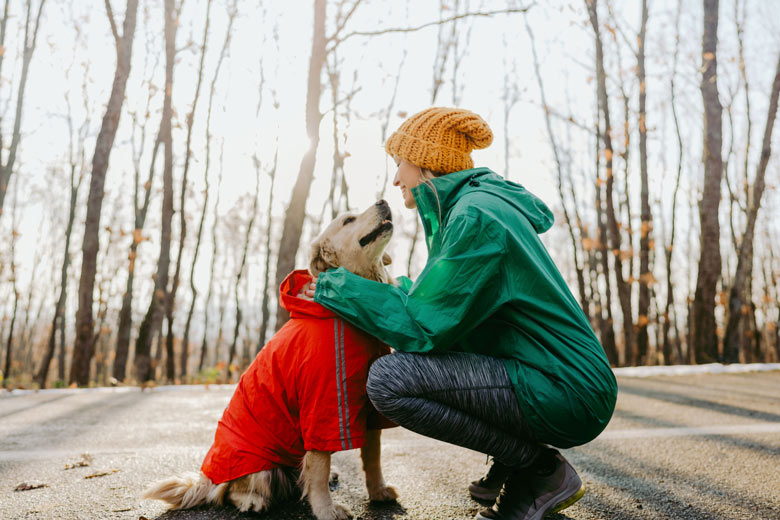 Make a plan. Make it realistic

One way to help motivate you towards forming sustainable healthy exercise habits is to set yourself a series of achievable, planned and inspiring goals.

These goals should both excite and enthuse you to get moving for good.

For example, you might start off by setting yourself a target of attending three gym classes a week before you start work. Alternatively, you could go for a series of four, weight-based gym workouts every evening after work, for a total of three weeks.

If you enjoy being outdoors, opt for more of a natural approach by hitting the streets, fields, and pavements around you.

One of my favourite ways to keep myself motivated when exercising outdoors is to wear a fitness tracker or use an app on my phone to keep track of the routes I’ve run, cycled, and wandered.

You can use these maps and times to keep a track of your progress as your fitness increases. Doing this will motivate you, even more, to continue with your health journey.

The most important aspect of beginning any new life-affirming habit is to take things at your own, manageable pace.

Don’t walk into the gym and expect to squat 100kg the first time. Nor should you expect to run a 5k in the first two months of your fitness regime.

In order to maintain intrinsic, internal motivation, remain focused on an achievable goal.

When motivation supplies are running low, take time to visualise yourself completing your goal. Try making a mental note of how you feel and what you did to get to the position you are imagining yourself in.

Goal setting and visualisation are essential for the highest performing athletes, but the techniques can be mastered and applied to every fitness goal.

So what type of exercise is best for me?

I often get asked this question, and my response is simply this: whatever you feel you are able to enjoy and commit to, for the foreseeable future.

Sure, surfing is a fantastic way to get in shape! But realistically, how likely are you to go surfing multiple times a week? Sometimes, the best exercises for you are the most simple to begin, such as cycling and running.

If you don’t know where to start, you can try a wide variety of different activities and exercises by joining a local gym or health club.

Attend at least two or three different classes every week, and once you find your niche, you’ll soon be hooked!

The best form of exercise is any type of movement at all, for at least 150 minutes (that’s just 2.5 hours) per week.

Whatever you choose to do, make sure you enjoy it. Also, be sure to timetable regular sessions and intervals into your weekly schedules in order to maintain your interest and motivation.

Always try to keep your workouts varied, and don’t forget to challenge yourself every now and again by setting a new aspiration or goal to keep you pushing forward.

So, for our health and mental wellbeing, let’s move it today!