Beef up the warnings: Examining the link between processed meat consumption and cancer

Dr Justine Butler from Viva! examines the growing evidence of the cancer health crisis being caused by processed meat. 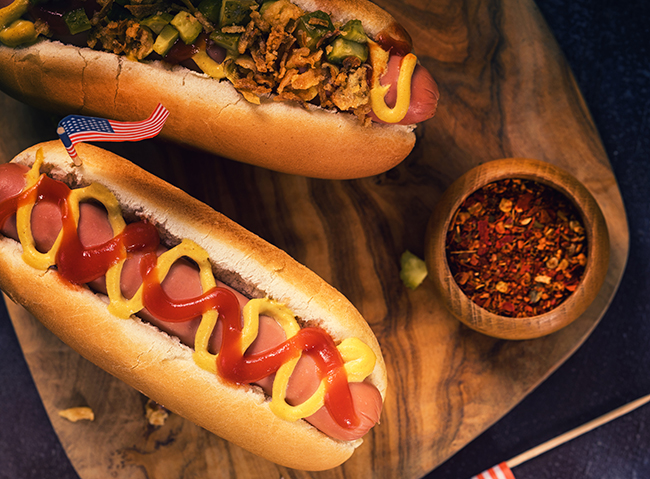 In 2015, the World Health Organisation (WHO) announced that processed meat does cause cancer and red meat probably does. It made headlines around the world, but as they say, today’s news is tomorrow’s battered sausage wrapping paper!

Meat has been recognised as a risk factor for cancer since the early 1900s. Countries with high intakes of meat have higher rates of bowel, breast and prostate cancer, three of the most common types. Other studies show that people who eat the most meat have a higher risk of bowel, liver, lung and oesophageal cancer.

It’s hard to say exactly what it is in meat that’s responsible, as there are so many candidates to choose from – saturated fat, animal protein, haem iron, salt and cancer-causing compounds called NOCs, HCAs and PAHs… it’s an extensive list. Diets high in saturated fat lead to obesity, which increases the risk of breast, prostate and bowel cancer. Animal protein results in higher levels of the growth hormone IGF-1, which increases the risk of bowel and lung cancer. Interestingly, IGF-1 levels are lower among vegans. Constant cautions are raised about iron deficiency yet iron overload can increase cancer risk by generating cancer-causing free radicals. 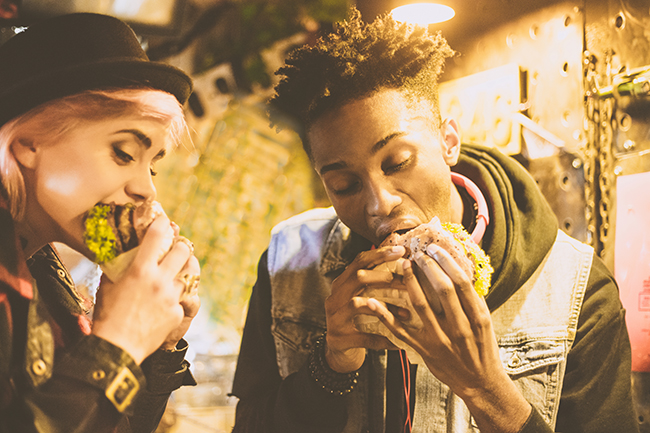 NOCs (in preserved meat and made in the gut from meat), bind to our DNA and can cause mutations that lead to cancer. Cancer-causing HCAs and PAHs are produced by cooking meat at high temperatures, on a barbecue for example. All meats contain at least some of these, so avoiding meat completely should be an effective way of reducing your risk of cancer.

The link between meat and bowel cancer is well-established and again, a number of meaty substances may be to blame: animal fat, animal protein, NOCs, HCAs and PAHs and haem iron – take your pick! Research suggests that people who eat 400g or more of meat a day can be exposed to as many NOCs as a smoker! So, meat-eaters may need the same level of health advice as smokers, as better dietary advice could save lives. Bowel cancer is the leading cause of cancer death among non-smokers in affluent countries and its prevention should be a major goal for public health.

Links between diet and breast cancer have been suspected for a long time. There is wide geographical variation and migration studies show that genes are responsible for only 5-10 per cent of breast cancers, the majority being caused by diet and lifestyle factors. The US Nurses’ Health Study found that daily servings of meat increased the risk substantially – especially in women using oral contraceptives.

Girls exposed to radiation from the atomic bombs at Hiroshima and Nagasaki were more likely to get breast cancer later in life than those not exposed, but women over 40 who were exposed had no such increased risk. This inspired researchers to investigate the adolescent diets of women. They found that those who ate a lot of meat when young had a higher risk of pre-menopausal breast cancer. 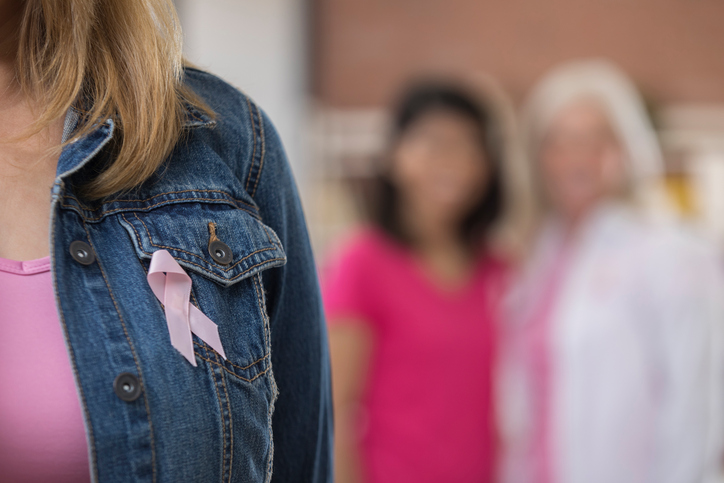 Different substances in meat may be to blame, while fruit, vegetables and fibre lower the risk. As breast cancer affects one in eight women in the UK, meat consumption should be a public health concern. Dietary advice given at mammography screenings would be a good way of helping women to lower their risk.

High consumption of red, processed and well-done meat is linked to prostate cancer and it’s suggested that an HCA called PhiP is responsible. Fried, roast and grilled chicken can contain particularly high amounts – not so finger-licking good after all!

Many people think only smokers are affected yet high intakes of meat and haem iron are linked to lung cancer, one of the most common and serious types. In 2007, the World Cancer Research Fund (WCRF) said that red and processed meats might be a cause. The huge NIH-AARP Diet and Health Study from the US was in no doubt – they said meat is linked to lung cancer and cancers of the bowel, liver and oesophagus. 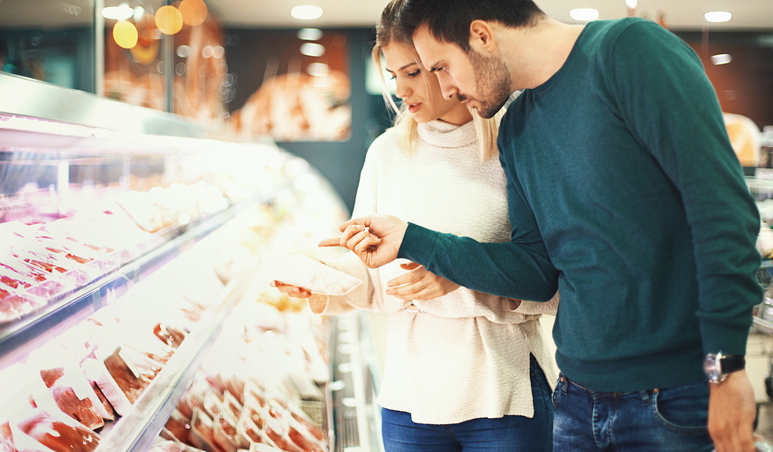 They maintained that one in 10 lung and bowel cancers could be avoided if people reduced meat intake. Avoiding it altogether would be even better. Suspect culprits include heavy metals, synthetic hormones, NOCs, HCAs and PAHs, haem iron and animal protein, which increases IGF-1 levels. High intakes of vegetables, fruit and soya reduce the risk of lung cancer.

Studies show that HCAs and PAHs in cooked meat are also linked to kidney cancer. One theory is that they activate enzymes (proteins that accelerate chemical reactions in the body) making them behave differently, causing DNA mutations that can lead to cancer.

Meat is also linked to pancreatic cancer, the fourth most common cause of cancer death worldwide. Animal fat, HCAs, PAHs and haem iron are thought to be involved. Vegans have a much lower risk of this disease than meat-eaters. The huge European-wide EPIC study found strong links with chicken and suggested that antibiotics and/or drugs called coccidiostats, given to poultry and cattle to prevent parasites, may be responsible. They also said that viruses in undercooked meat may be involved. So you are damned if you cook it and damned if you don’t! 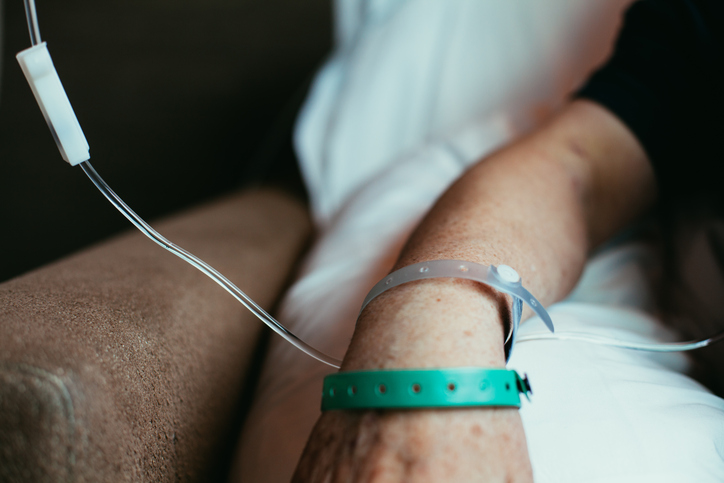 The WHO reports links between processed meat and stomach cancer, the fifth most common cancer worldwide, and the WCRF agree. They also say grilled and barbecued meat, and eating little or no fruit, increases the risk. High levels of salt, nitrite, nitrate and NOCs in processed meats are blamed along with cancer-causing PAHs in smoked meat.

The meat industry has been able to influence official dietary guidelines for too long. If the government aren’t brave enough to revise their advice, then hopefully people will make the change for themselves. The fact that one-in-five Conservative MPs are involved in animal farming in some way probably doesn’t help.

Going into old age disease-free, fit and healthy is something we all hope for. If one simple lifestyle change could help achieve it, surely everyone should be encouraged to make the change – today?