The duo has launched a new initiative entitled Vegan Start-up Scale-up on the Vegan Business Tribe website, where Crowdfunder can lead vegan businesses through the crowdfunding process as a group.

While each business will be raising their own pot of money, the group will be promoted by both companies to potential investors and backers in solidarity.

Vegan Start-up Scale-up will be a rewards-based form of crowdfunding which is perfect for smaller businesses because they don’t have to give away any equity or ownership for funding. Instead, businesses offer products or gifts in return for donations.

Although there is no guarantee of businesses reaching their crowdfunding goals, the exposure granted by running a crowdfunding campaign can be just as valuable as the funding itself. 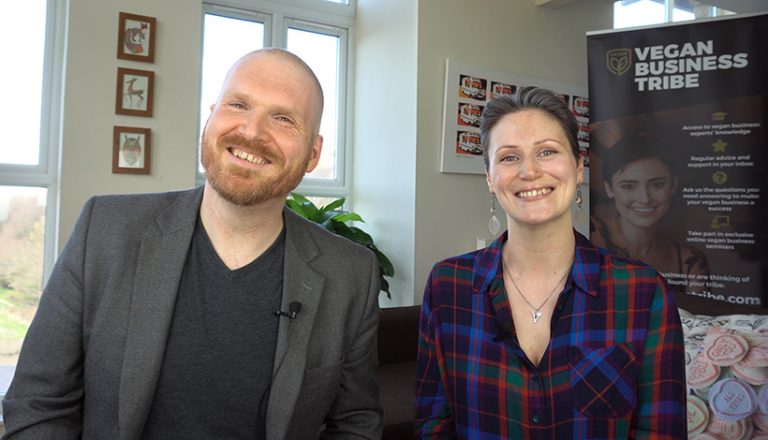 How to raise funds for a vegan business

In a statement sent to Vegan Food and Living, Co-founder of Vegan Business Tribe, David Pannell, told us:

“How to raise funds for a vegan business is one of the biggest questions we get asked by our members, especially at the moment when people are having to try out new ideas or pivot to new ways of doing business because of the pandemic – but the thing is, the money is out there.

“The problem is linking up those people who genuinely want to support vegan enterprises and help them grow with the vegan businesses owners who need to raise the funding. And Vegan Start-up Scale-up is how we’re looking to bring the two together in what is a really difficult time for many.”

‘An active bunch of vegan employees at Crowdfunder’

“We know people will have a lot of questions,” David continued. “Especially if this is their first time raising money through crowdfunding.

“How much money should you be trying to raise? What kind of rewards should you give? How do you get people to your crowdfunding page?

“We were really happy to find that there’s a very active bunch of vegan employees at Crowdfunder to be able to answer these questions and lead this coaching with our members! Along with their goal to support ethical businesses, and all the good work they have been doing themselves during the pandemic, it made Crowdfunder an obvious organisation to partner up with for the scheme.

“We’re also going the extra mile to support the scheme, and we’ve got a number of our Vegan Business Tribe members who have been through crowdfunding themselves, or are experts in raising vegan finance, who are going to run extra coaching and workshops for the project to ensure companies taking part have the best chance of reaching their funding goals.”

You can register your vegan business for Start-up Scale-up here.

Vegan diets are rising in popularity through health concerns and projects like Veganuary, but are we doing enough to promote diversity in mainstream veganism?