Redefine Meat recently unveiled the world's first vegan steak made using industrial 3D printing techniques, and when we heard about it we got straight in touch with Eshchar Ben-Shitrit, the CEO and founder of Redefine Meat to explore the science behind it

There is a lot of interest at the moment in companies who are starting to use new technologies to produce vegan meat alternatives that look, taste and smell more like meat than we’ve ever had access to before.

So when Redefine Meat announced that 3D-printed vegan steaks would be launching into restaurants in Israel later in 2020, we contacted Eshchar Ben-Shitrit, Redefine Meat’s CEO and founder, to find out more about the business decisions and technical advancements behind the new launch. Here’s what he had to say…

When and why did you launch redefine meat?

We launched Redefine Meat back in 2018, with our core ethos being to advance the food system with new technology that addresses major problems. We believe that food technology can make another leap and be used to tackle areas that are becoming a major risk to our future.

Essentially, we feel that if efforts are put into new technology (mostly years of brilliant peoples’ waking hours and large amounts of capital), it should be spent on doing good. The food industry is plagued with inefficiencies, waste and pollution and it is our responsibility to devote our time and energy to improving it.

Talk us through the process for 3D printing food

We use a special kind of 3D printing process where three ingredients are printed simultaneously to form the product – our Alt-Muscle (plant-Protein), Alt-Fat (plant-fat) and Alt-Blood (natural colours and flavours). Our machine performs a specific technological process for each and combines them in the 3D model in the print software. Our materials are food items and eventually consumed, so they inherently have a high viscosity.

In addition, we print a ‘full’ product – unlike plastic 3D printing that prints just the shell – so we don’t need any additional materials to support the product while its printed.

Importantly, using a digital 3D printing process that changes in the product comes at zero cost or complexity. We can use a 3D model of an entirely different meat product with the same machine, process and ingredients, whereas traditional food production technologies have to change entire formulations. We can also iterate a steak to be softer, harder, juicier with less fat, and much more – all with a simple click of a button.

Why did you choose to 3D print rather than develop the product in a more traditional way?

In any industry where 3D printing already plays a role, it is first and foremost a fast prototyping tool.

In the early days, we used our unique approach to 3D printing meat to test changes in the meat’s composition using digital accuracy and to control improvements in the texture, colour, flavour and cooking behaviour of our Alt-Meat products.

We can still iterate, improve and learn faster than any food company that doesn’t have such digital capabilities. However, the holy grail of 3D printing in any industry is creating a product that no other technology can. That is where you move from rapid prototyping into advanced manufacturing and that is the real reason to use 3D printing for steaks.

Unlike all existing Alt-Meat products, real meat is an extremely complicated product, where much of the sensory experience comes from the matrix. Meat is not just proteins, fats and water, as much as it isn’t just cells.

Beef, especially, is a product that has been “built” for years by the cow. Our 3D printer is the only technology we know of that can replace the role of the cow in making meat. We can produce an extremely complicated food product where proteins, fats, natural colours and flavours are arranged in such a precise manner to make them perform like the equivalent elements in a cow’s muscle. Besides the fact we are eliminating the need for a cow, the main advantage is that we can also produce meat faster than the cow’s biology does. 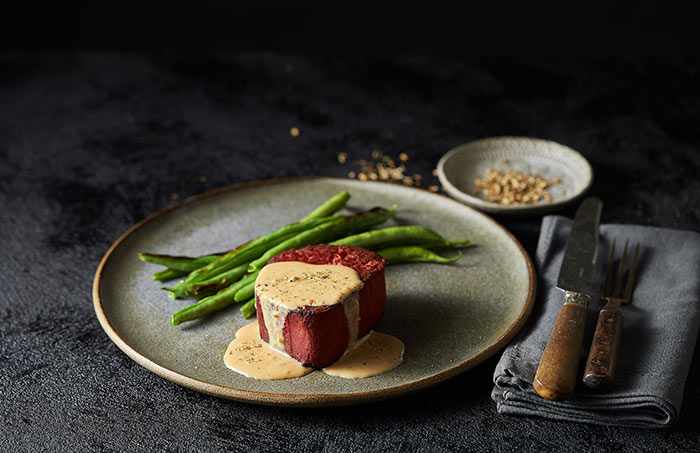 Some people are still skeptical of meat alternatives – do you think they’ll be even more so of 3D printed food?

100 years from now our great grandkids will find it shocking that we needed to raise and kill animals for food. We are certain of that, but since 100 years in technology is a long, long time, it’s impossible to predict how food will look like then.

However, we believe that in the next 20 years will see a massive shift towards replacing animals in the food supply chain. It will happen in eggs, dairy and meat, but the biggest problem is no doubt meat.

The environmental impact that we can achieve with meat reduction, especially beef, can be more dramatic in small-scale compared to a massive shift in eggs and dairy. The only way to accelerate this and make alt-meat meaningful (i.e. 10% moving away from meat in the next 5 years to 50% in the next 30 years) – are new technologies.

Humanity has exhausted the potential of new recipes and new branding – we need something more drastic. Redefine Meat is working on a completely new approach, helping the industry to find better solutions. The future is exciting – over the coming few years, innovative ingredients will be developed for 3D printed meat and then our products will only become even more tasty, healthier and better for the environment.

I can certainly see how the idea of a “3D printed steak” may be off-putting, but it is important that we don’t let this hesitation stop us from utilising the many benefits of 3D printing, that I mentioned above. The ability to recreate the taste and texture of real meat, especially in something as complex as steak, is ground-breaking, and I think those who taste it will be convinced.

Is 3D printing an affordable way of producing food right now or are we a long way off it being mass market?

Our 3D printed steak product will be a similar price to today’s steak. Our process costs the same to create a tenderloin or brisket meat product, whereas via a cow there is a significant price difference between those two.

With the steaks, roast and stew category, we are head-to-head with a much more expensive benchmark, which allows us to be ‘expensive’ and still competitive.

As of right now, the meat industry is a multi-trillion dollar business and has already leveraged every economies of scale advantage you can imagine.

We (Redefine Meat and the Alt-Meat industry) are just getting started. At the very basis, Alt-Meat companies offers an efficient production process – converting plants directly into meat – while also offering more economic value than the traditional way i.e. wasting inputs to feed animals. This is true even when you put new 3D printers such as ours in the middle of them both.

What is the alt-steak made from?

How close is your alt-steak to actual steak in terms of flavour and texture? Where do the differences come in?

Thanks to the feedback of chefs and those who came to taste test, we have managed to closely recreate the flavour and texture of steak.

The toughest aspect has been to balance hundreds of different parameters that all come together in a single food product. For example, many people believe that mimicking the texture of meat is the biggest challenge. However, texture can be defined quite easily and measured in precise ways. We discovered that even when you have the perfect texture from an analytic perspective, if you don’t get the colour right or have slight variation in flavour, consumers will not give the product’s texture a high score. This is why we have to ensure that we excel on all parameters at once – texture, flavour, colour.

What would you say to anyone who questioned why you were trying to make a plant-based product that looked and tasted just like steak? Why would vegans want to eat that?

The reason we are creating an alt-steak that mimics steak so closely is to encourage meat-lovers, a consumer-base that is only just considering alternative meats, to see alt-meat, as just that, an alternative to their regular meat intake – something that is almost interchangeable.

Even a small decrease in a person’s weekly meat intake will have a dramatic impact on the environment, and we hope to see the demand for meat decrease as consumers see alt-meat as a tasty food in its’ own right, not just a poor meat substitute.

But at the centre of it all, we ultimately aim to appeal to all, by creating a product that is delicious and ethical.

When will we be able to try it in the UK?

We will begin with select high-end restaurants later this year for market-testing and refinement of the meat products. Then, early next year, we will start shipping the industrial-grade 3D printers to worldwide meat distributors, who will in turn start rolling out the meat into restaurants and other food service players. We are in talks with several retailers, including those in the UK, but supermarkets and food stores will come after phase one. 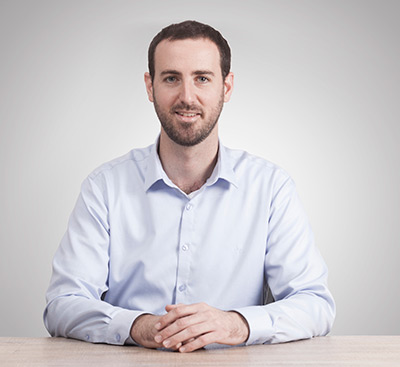 Eshchar Ben-Shitrit is the CEO and founder of Redefine Meat