The Simply Vegan Podcast, brought to you by the makers of Vegan Food & Living, is your weekly dose of the best vegan news, reviews and interviews, with some fun and laughter along the way 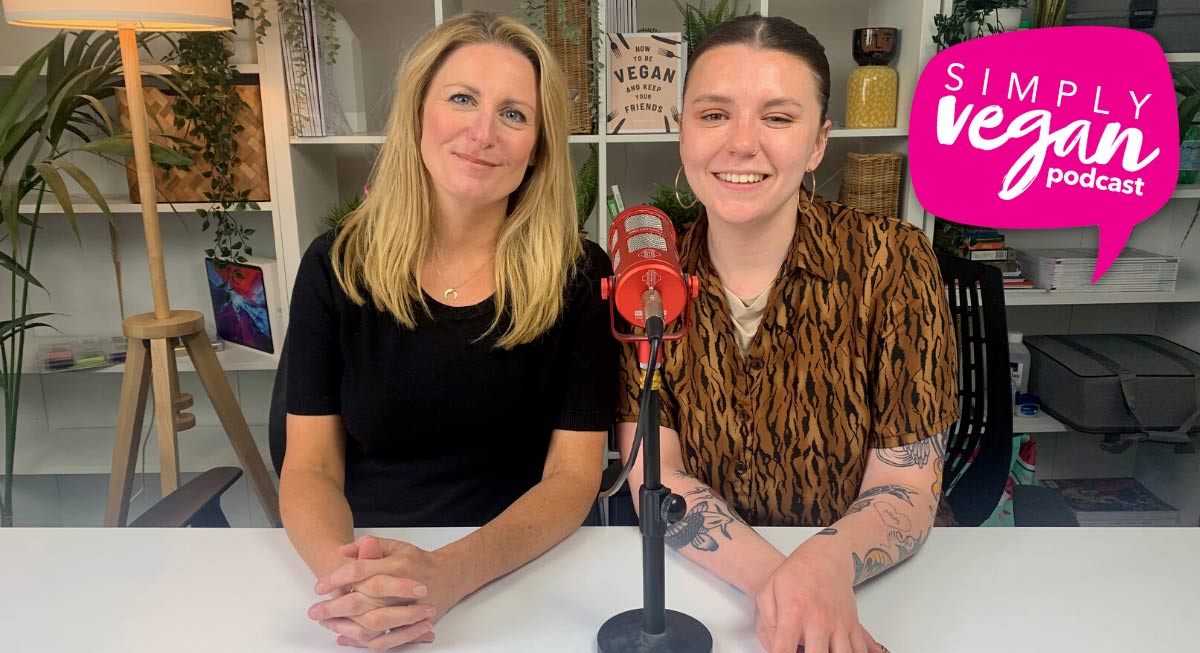 Additionally, Holly chats to vegan chefs, doctors, athletes, experts and influencers about everything from fermented food and vegan nutrition, to weight loss, animal welfare and cooking.

Whether you’re flexitarian or a long-time vegan convert, The Simply Vegan Podcast is here to inspire, inform and amuse.

New episodes are available every Thursday morning GMT on your favourite podcast platform – or listen below.

As a patron of the Simply Vegan podcast (depending on which option you select), you will receive exclusive downloadable content, access to bonus health and nutrition Q&As, watch the video for every interview, receive regular newsletters directly from us and join us for live shows.

We value each and every one of our listeners and are always striving to make our podcast bigger and better so that we can spread more plant power around the world! Thank you for listening and supporting the vegan cause.

On the latest episode: 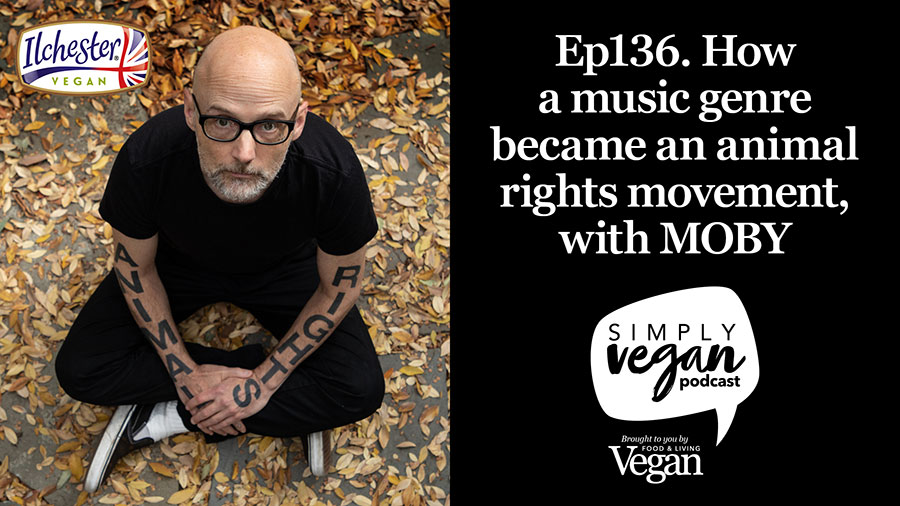 Ep136. How a music genre became an animal rights movement, with MOBY

In part 1 of today’s episode, we discuss the fact that Vegan Runners is now Parkrun’s biggest club – and share how you can help keep them at the top spot.

We also discuss stand up desks, vegan seafood alternatives, losing our cooking mojo and how to make a lasagne in a pan to save on washing up.

But part 2 is the main event, when we chat to musician, DJ, producer and director –Moby. We talk about his new film, The Punk Rock Vegan Movie, which covers the history of punk rock and its roots in politics, animal rights and activism. Moby explains why he went vegan in the 80s, back when no one even knew how to pronounce the word, and why it’s so much more than just rebelling against the system.

We also discuss why veganism is not a belief but something that’s based on science and fact and how we can adapt our behaviours to encourage others to go vegan, too.

Described as ‘the best melting vegan cheeze on the market’. That’s right. Ilchester Vegan Melting Mature shares the same meltability factor as dairy cheddar cheeses, something that until its launch many found lacking in other plant based cheezes.

It really is the perfect cheezy addition to any meal; it melts well on vegan burgers, toast, nachos and more! AND it’s fortified with vitamin B12 and calcium. What’s not to love?!

OK, we’re hungry now… pick up this super oozy cheeze in block or slices format in a Sainsbury’s or Tesco store near you.

Support your favourite podcast and help us to keep going!

• Become a patron at patreon.com/simplyvegan and access exclusive episodes, video content, live chats and free downloads
• Visit veganfoodandliving.com and try our delicious recipes
• Tag us in your social posts, @veganfoodandliving
• Share this episode with a friend
• Try an issue of Vegan Food and Living magazine for just 99p

Where can I listen to the Simply Vegan Podcast?

You’ll find every available episode of the podcast below, updated weekly. Or, if you want to listen via your preferred platform, you can find us on Spotify, Apple Podcasts and all the usual places. Just search for the Simply Vegan podcast and you’ll find us!

Simply Vegan Podcast: BBQ ideas, Jubilee dishes and our favourite guests from the past 99 episodes

Simply Vegan Podcast: How to pack more goodness into your diet

Simply Vegan Podcast: Falafels, flies and what we’re having for our tea

Simply Vegan Podcast: Are we really heading towards the end of medicine as we know it?

Simply Vegan Podcast: Vegan chicken on a bone – is it worth the hype?

Simply Vegan Podcast: How to lose weight, build muscle and stay healthy on a plant-based diet

Simply Vegan Podcast: How to replace meat in your diet for No Meat May