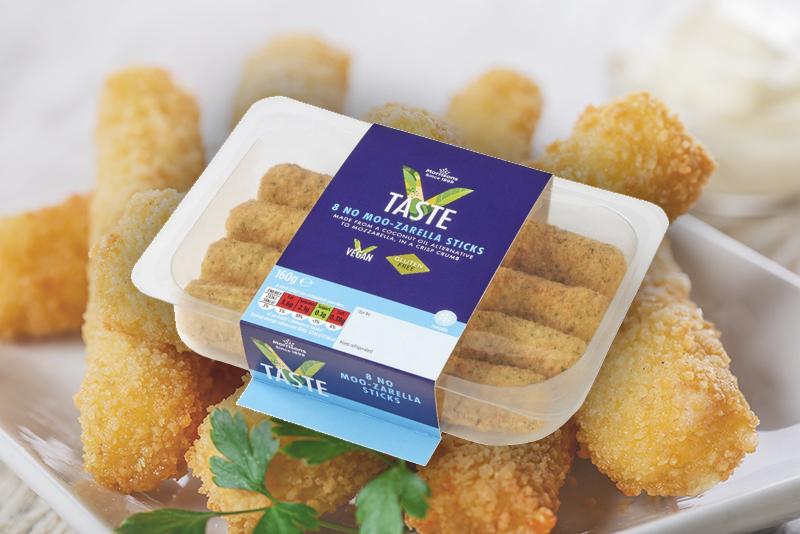 In 2018, UK supermarket Morrisons announced the launch of a brand new range of vegan ready-meals and desserts. Keen to give their vegan customers even more delicious new options, the supermarket chain has just launched a plant-based alternative to mozzarella dipper sticks.

The dairy-free cheese in the V Taste No-Moozarella Sticks is made from a mixture of coconut oil and potato starch and coated in a crispy golden parsley breadcrumb.

Morrisons have created the No-Moozarella Sticks after research revealed cheese is the food vegans say they miss the most.

In a statement sent to Vegan Food & Living, Morrisons Party Food Buyer, Oliver Smith, said: “We know a lot of our vegan customers really miss cheese and that their options are often limited at family buffets, which is why we’ve taken a classic cheesy party food that everyone knows and loves and made it vegan.”

Sold in packs of 8, the No-Moozarella Sticks are available now in the majority of Morrisons stores, costing just £2.50.