The (un)meaty business of the vegan meat industry

Sara Colohan looks at the food industry’s carbon footprint and talk to some of the most active, growing vegan meat companies around the globe...

Learning about plant-based and vegan meat products and supporting these established and upcoming companies could be our greatest hope for a more sustainable future.

Thankfully it’s no longer just the vegan community sounding the drum about our food industry.

Even the biggest meat-eaters among us know our current systems are not sustainable if we want to reduce carbon emissions and have a positive effect on climate change.

Reducing emissions from food production is one of our greatest challenges. Unlike many aspects of energy production where viable opportunities for upscaling low-carbon energy –  renewable or nuclear energy –  are available, the ways in which we can decarbonize agriculture are less clear.

We will need a range of solutions: changes to diets; food waste reduction; improvements in agricultural efficiency; and technologies that make low-carbon food alternatives scalable and affordable.

The argument for ‘sustainable meat’ (ie organic and grown locally) is now proven to be a myth. Geo Scientist Hannah Richie who writes for Our World in Data tells us “Animal-based foods have a higher footprint than plant-based.

Lamb and cheese both emit more than 20 kilograms CO2-equivalents per kilogram. Poultry and pork have lower footprints but are still higher than most plant-based foods, at 6 and 7 kg CO2-equivalents, respectively.

Plant-based foods emit fewer greenhouse gases than meat and dairy, regardless of how they are produced.

She concludes  “going ‘red meat and dairy-free’ (not totally meat-free) one day per week would achieve the same as having a diet with zero food miles.

“Governments spend tens of billions of dollars every single year on research and development focused on global health and the environment. They should be putting some of that money into optimizing and perfecting the production of plant-based and cell-based meat. We’re going to need all hands on deck to make these the global meat industry” Mr. Friedrich concluded at a packed TED Talk last year.

It’s a fact that plant-based proteins like tofu, beans, peas and nuts have the lowest carbon footprint.

So it’s exciting that vegans, vegetarians and flexitarians can treat themselves to a meatless patty that literally bleeds… beetroot juice.

Beyond Meat, Impossible Foods, and Novameats are some of the companies working on bringing meat-free ‘bleeding’ burgers and steaks to the mass market.

These products are either grown in labs or made from ingredients such as mushrooms, wheat, nuts, coconut oil, beetroot and soy, and have a significantly smaller carbon footprint than the animal-based original.

Whether you eat meat or not – we should celebrate that Burger King is selling their flexitarians burgers in restaurants across the UK.

“We wanted our first plant-based Whopper to replicate the indulgence and flame-grilled taste of the real thing as closely as possible, and we’re thrilled with the result,” she said.

“We’re delighted to satisfy the demand for this highly-anticipated product and finally bring the Rebel to the UK.”

Tofurky is the most established company on our list, starting out in the states in 1980. Their plant-based meats are made using mostly basic ingredients you would find in your home kitchen.

Things like organic tofu and wheat, which when blended together create a “masa,” that can be mixed with seasonings, can be steamed or baked into products. Tofurky products are mostly sliced and packed and have a world-wide distribution. 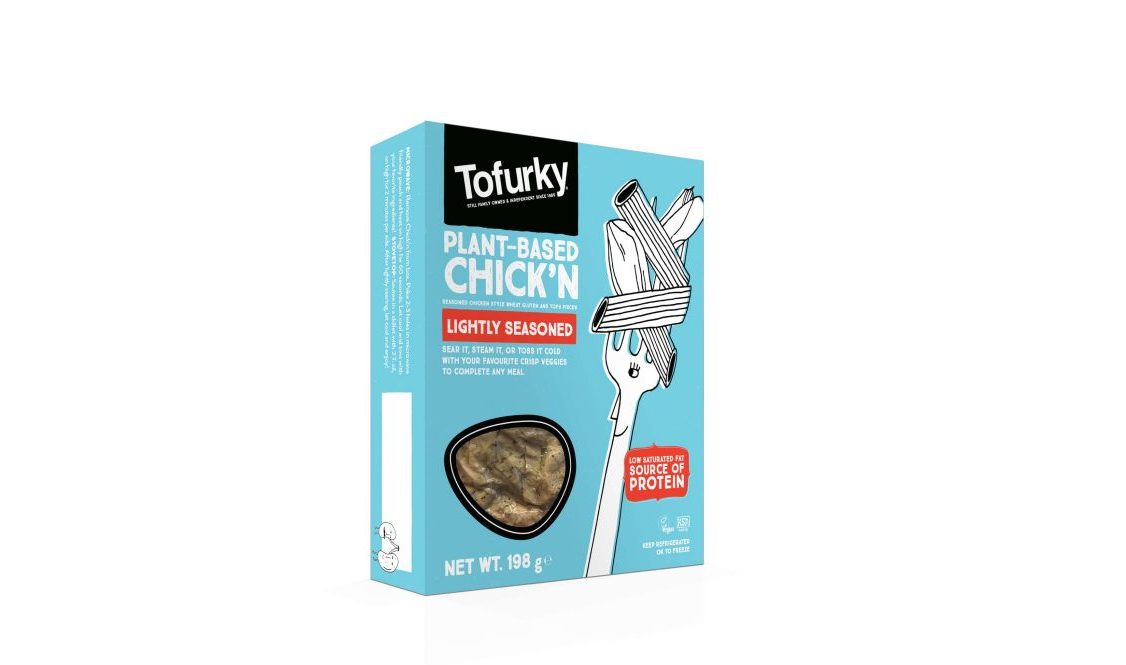 They told us “The length of time to produce our proteins depends on the product. For tempeh (fermented soybean cakes,) we must give the cakes some time to culture and mature before they are harvested.

For our seitan like products, we often need two days to mix, cook and slice…then chill and pack. Our best selling plant-based meat is our deli slices.

They fit really seamlessly into sandwich culture, which is an enduring staple of our eating preferences. We are a privately held company so can’t share sales figures but we can confirm we’ve experienced large increases in the past couple of years.”

Beyond Meat is one of the fastest-growing food companies in the world, offering a portfolio of revolutionary plant-based meats.

Founded in 2009, Beyond Meat has a mission of building meat directly from plants, an innovation that enables consumers to experience the taste, texture and other sensory attributes of popular animal-based meat products while enjoying the nutritional and environmental benefits of eating its plant-based meat products. 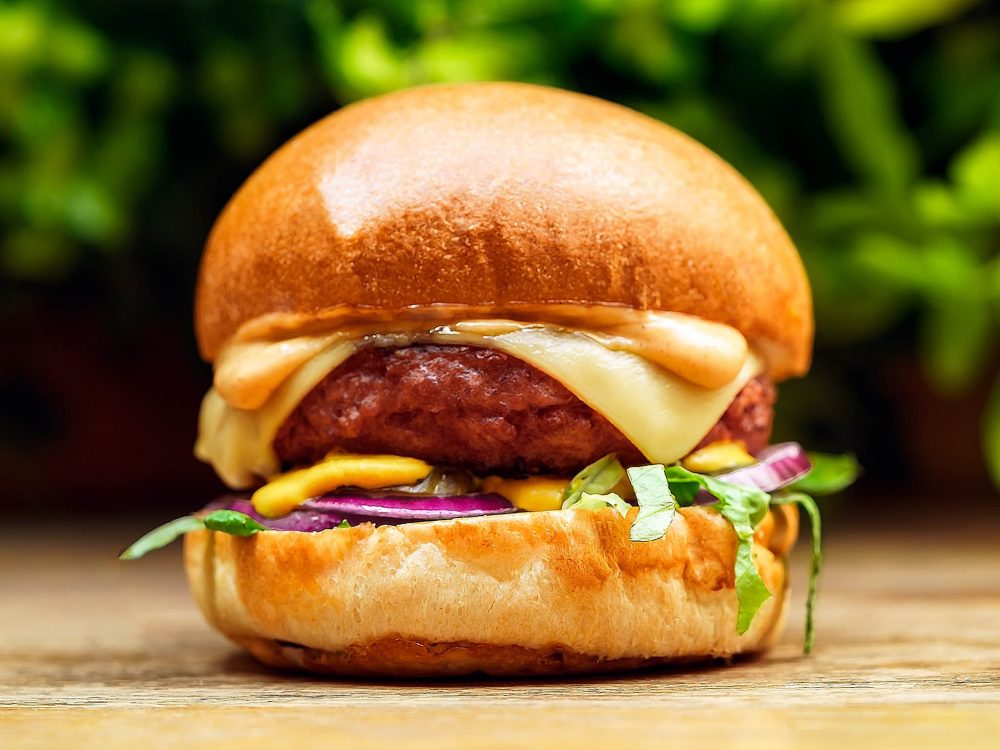 Beyond Meat’s portfolio of fresh and frozen plant-based proteins are sold at more than 30,000 retail and foodservice outlets worldwide.

One 4oz burger of 80 percent lean beef has about 80 milligrams of cholesterol and 9 grams of saturated fat.

Beyond Meat’s burger—made with pea protein and beet juice that makes it “bleed” when cooked—has no cholesterol and 5 grams of saturated fat.

The unique blend of proteins makes Beyond Beef a complete protein source with 20g of protein per 4oz serving. Other product highlights of Beyond Beef include:

“In reducing meat consumption, cholesterol and saturated fat are the biggest two things consumers are looking to avoid,” Will Schafer, vice president of marketing at Beyond Meat.

You may have heard of cool UK upstarts THIS™ if not for their plant-based range of products, then maybe for their prank, duping thousands of Londoners into eating ‘fake’ chicken nuggets from an Ed Sheeran lookalike (who’s actually a bingo caller from Manchester called Ty!)

Great Taste Award winners THIS™ like many other companies are targeting meat-reducers as opposed to purely vegans (Their market research has found that more than half of its consumers are omnivores).

With a core belief that meat-eaters shouldn’t have to compromise if they want to cut down on meat, the brand is bold, modern, & rebellious – without making judgement on consumers’ eating habits. 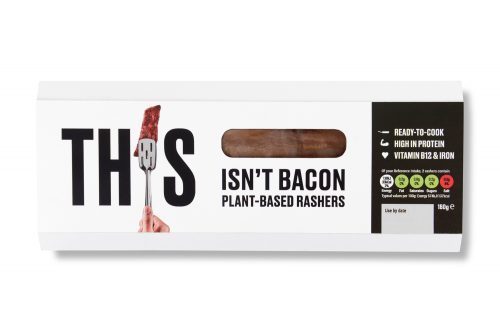 Set up by Andy Shovel and Pete Sharman, they exited beef burger chain Chosen Bun to channel their in-depth knowledge of meat to create THIS™, realistic chicken and bacon meat-alternatives.

Following two years of research and development, partnering with world-leading texture scientists and flavourists, THIS™ mimics meat in taste, texture, appearance and smell, but without the ethical or environmental impact, instead using peas and soya beans as the base.

Only the products that can truly fool a carnivore into thinking they’re eating meat make the final cut.

One of the most exciting emerging companies is Spanish company NOVAMEAT, not least as have been credited with the  “most realistic” plant-based steak made to date, mimicking the texture and appearance of a real cut of meat.

Giuseppe Scionti, founder of NOVEMEAT unveiled the world’s first 3D-printed steak in 2018 (which Vegan Food & living reported on just before it launched ) but by his own admission, it lacked an authentic appearance.

Their new beef steak has the meaty appearance of a real steak, he said, making it the “most realistic” to date.

The steak is made from pea, seaweed and beetroot juice, which are formed into fibres to recreate muscle tissue, using patented micro-extrusion technology. 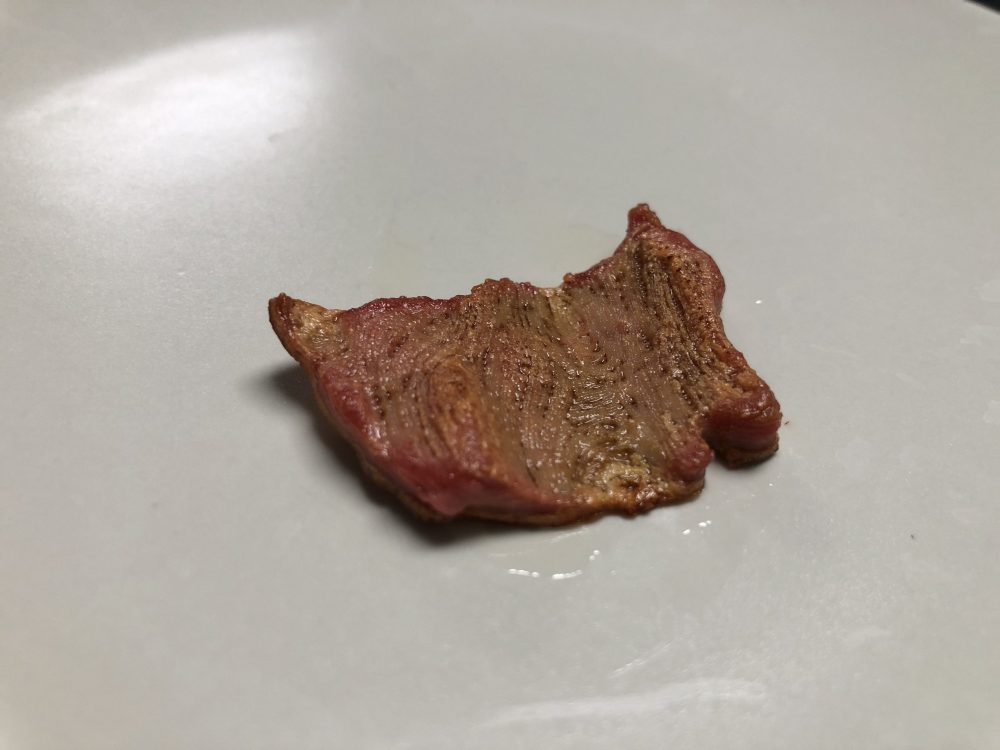 The company is aiming to produce other products such as salmon in the future but for now they are focusing on what they say is the most complex creation – beef.

Novameat hope the new steak will be available in select restaurants in 2021.  The company aims to commission a pilot plant in 2021 and licence its technology to existing food manufacturers who can then develop their own recipes.

Novameat plant-based alternatives do not contain hormones and antibiotics often found in real meat.  “We want to be remembered for doing something good at this moment when the planet needs alternatives to meat.”

Up against the likes of Linda McCartney, Fry’s and Quorn, the Oumph! Burger was praised for its texture, flavour and close resemblance to a meat-based burger. 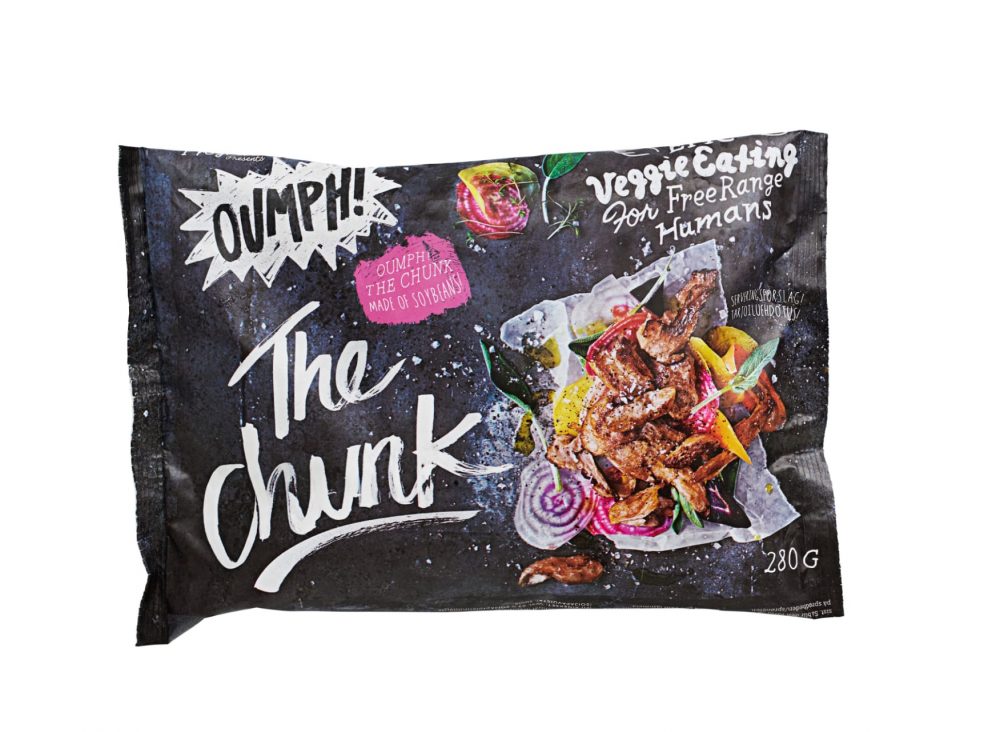 Like all Oumph! products, it’s made with soya beans, and the fine red colour comes from beetroot. We asked Anna-Kajsa Lidell, Co-Founder & Head of Progress Strategy at Food for Progress, the company behind Oumph! How conscious the company is about CO2 emissions.

“Ordinarily we don’t compare Oumph! with meat. We prefer to compare with the planetary boundaries, which we would like to see everyone do but take Oumph! The Chunk, which is unseasoned, has a 95% less CO2 compared to beef.

The Oumph! Burger is available across the UK in Asda, as well as in popular, nationwide restaurant chains Café Rouge and Bella Italia.

To end with another quote from Good Food Institute Executive Director Bruce Friedrich who’s TED Talk is worth a view:  “It’s past time to mobilize the resources that are necessary to create the next global agricultural revolution. Climate change and antibiotic resistance are global emergencies.

Meat production is exacerbating these emergencies on a global scale. But we are not going to decrease meat consumption unless we give consumers alternatives that cost the same or less, and that taste the same or better.

This requires a global solution; what we need to do is produce the meat that people love, but we need to produce it in a whole new way.

Plant-based and cell-based meat gives consumers everything they love about meat–the taste, the texture, and so on–but with no need for antibiotics and with a fraction of the adverse impact on the climate.”

Sara Colohan is a writer and vegan chocolate maker based in London. Sara is discovering new and exciting options and products for anyone interested in a vegan lifestyle. Sara owns vegan chocolate brand London Maker londonmaker.com 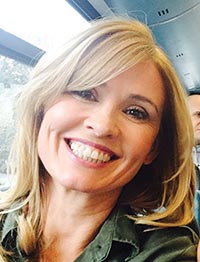 Sara is a freelance writer based in London with published features in Tatler magazine, The Times and The Independent newspapers and LondonCalling.com. Sara loves discovering new and exciting options and products for anyone interested in a vegan lifestyle and owns the emerging vegan chocolate brand, London Maker.