According to research, Saturday 11th January is set to be the toughest day of Veganuary. Four out of five people admitted that they fell off the Veganuary wagon in previous years, citing their main trigger as the smell of a bacon butty. Encouragingly, three in four people were able to pick up where they left off to complete Veganuary.

This research comes alongside the launch of Heinz’ limited edition range of ‘Beanz Meanz Vegan’ cans, to remind Brits that the much-loved food is also vegan. These cans are available exclusively on Ocado while stocks last. This research was commissioned by Heinz to understand the challenges of Veganuary.

The top reasons people have found it challenging to adopt a plant-based diet were identified as:

The research also sheds light on why Brits are inspired to try Veganuary in the first place, with 61% claiming health reasons, while over a quarter (28%) were inspired by celebs, influencers and sportspeople. 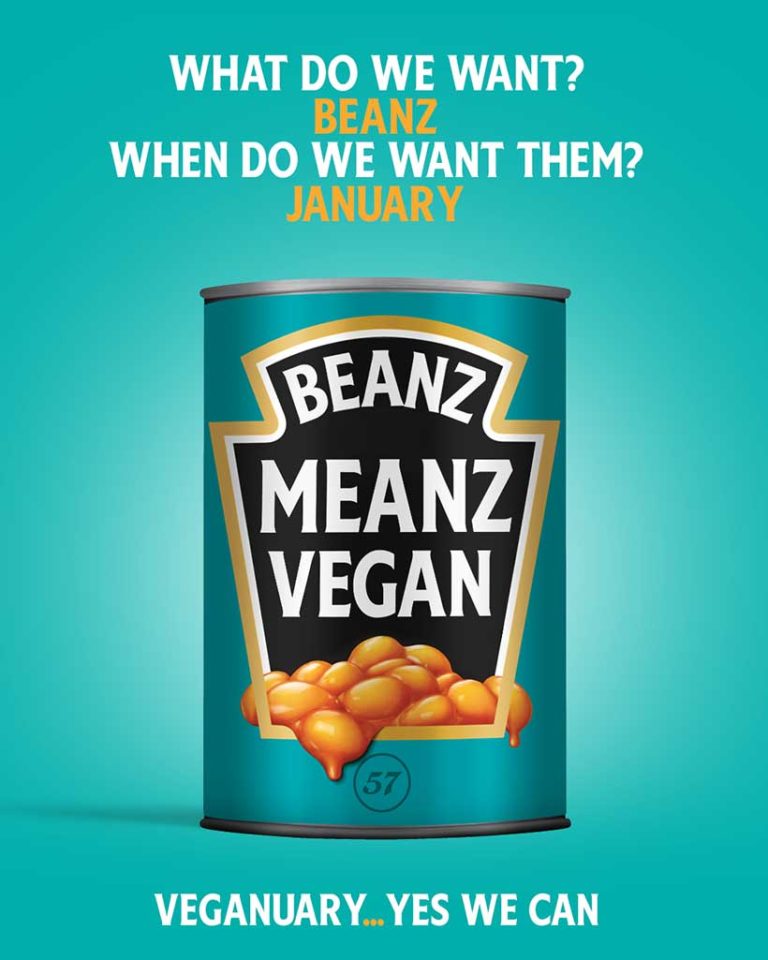 In a statement sent to Vegan Food & Living, Zoe West from Veganuary commented: “Yes, of course Veganuary can be tough in the beginning. That’s why people shouldn’t feel they’ve “failed” if they fall off the vegan wagon once or twice, as Heinz’s research shows this is actually quite normal.

“We’re delighted that Heinz is helping people with their vegan endeavours and encouraging them to keep eating food they love, and we’re sure that the great taste of Heinz Beanz will help everyone make a tasty success of the challenge!”

Emily Wright from Heinz Beanz added: “There’s a general perception that being vegan means you have to spend lots of money on fancy foods, but being vegan isn’t all kale and quinoa.

“That’s why we want vegans to know that our classic Heinz Beanz can still be enjoyed this Veganuary, whether on a simple piece of toast or a delicious baked potato. Not forgetting all the other varieties in our vegan range, including Heinz Beanz No Added Sugar and Heinz Beanz Peri Peri. This year we’re here to support everyone tackling Veganuary and want to make it Easy Beanzy!”