11 best vegan sweets to buy in the UK

Are you a vegan with an insatiable sweet tooth? Then this is the article for you! Keep reading for our pick of the best vegan sweets available in the UK.

Sweets, they’re pure happiness in a colourful form. And some of us have extremely sweet teeth!

If that sounds like you, then keep reading for the top 10 vegan sweets in the UK. Some might even surprise you as we’ve included a mix of accidentally vegan sweets as well as some from our favourite vegan brands.

You can taste the rainbow whilst still being vegan as these childhood favourites are ‘accidentally’ completely free of animal products!

With five fruity flavours, there’s at least one for everyone, but obviously, the red ones are the best.

You can find Skittles in every supermarket and most corner shops – they’re everywhere! 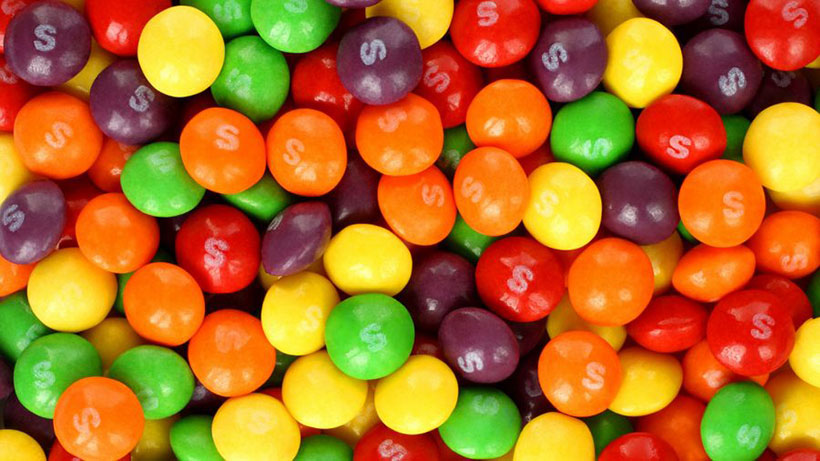 Fruit Pastilles sweets only recently went fully vegan, pleasing nostalgic sweet lovers everywhere. Who doesn’t remember picking up a tube of fruit pastilles from their local corner shop as a child and praying the next one was a red one (again, the best flavour)?

You can find Fruit Pastilles in all supermarkets and most corner shops – there’s no excuse not to try them!

Created by Made in Chelsea star Jamie Lang, Candy Kittens is a fully vegan sweet brand. Choose from quirky flavours such as Blueberry Bliss, Tropical Mango and Sour Watermelon.

If you’re more of a sweet person than a chocoholic, you’ll be pleased to hear that at Christmastime Candy Kittens offers a vegan advent calendar with one sweet behind each door. Truly irresistible!

You can find Candy Kittens in Sainsbury’s, Tesco, Waitrose, Holland and Barrett, and Boots. Alternatively, head to candykittens.com to order directly.

These 100% vegan and gluten-free sweets are available in many familiar and nostalgic shapes such as worms, bears and beans. Jealous use real fruit juice and are free from palm oil, synthetic ingredients and artificial flavours.

If you like something with a sour twist, try the Tangy Worms or Fizzy Friends, but if you’re after something sweet give the pineapple and grapefruit flavoured Love Bears a go.

You can find Jealous Sweets at Asda, Sainsbury’s and www.thejealouslife.com.

Organic brand Biona has a range of gelatine and animal-free sweets in familiar shapes and flavours from our non-vegan childhoods. These include Cool Cola Bottles, Sour Snakes, Liquorice Spirals and Mini Fruit Bears.

Other fun varieties include Jelly Dinos, Fizzy Peaches and Tutti Fruiti Gums. But watch out, as not all Biona products are suitable for vegans!

Click here to find out where to buy Biona Organic sweets. 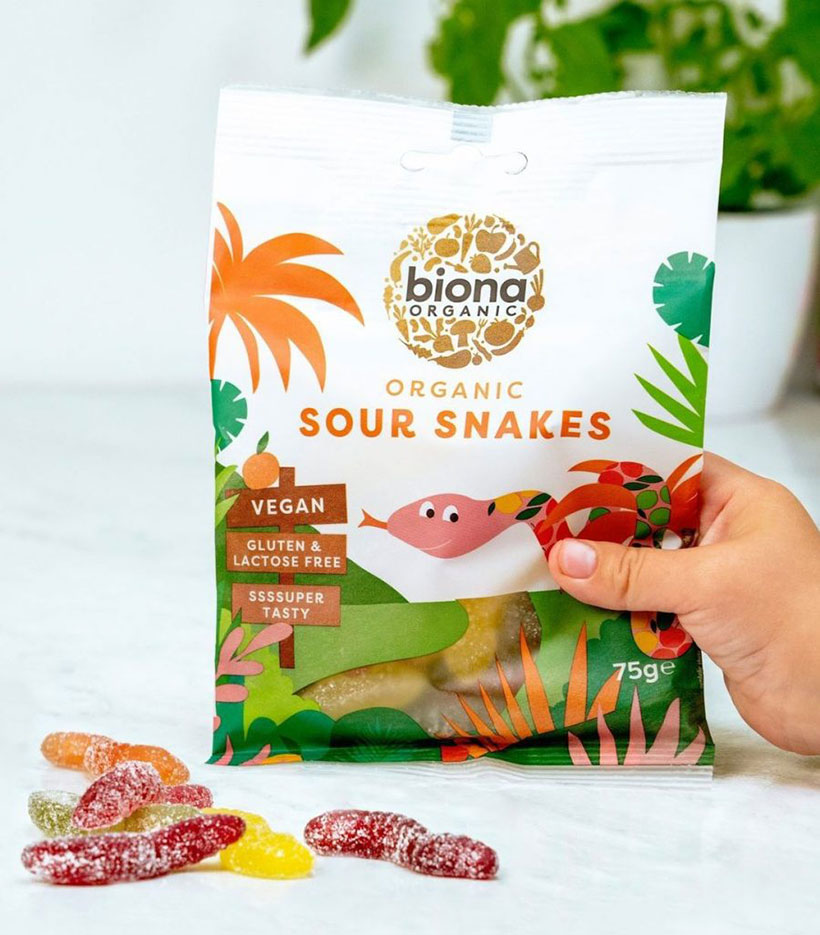 100% vegan brand Free From Fellows offer nostalgic sugar-free sweets such as Gummy Bears, Cola Bottles, Rhubarb and Custard, and Pear Drops. You can relive your childhood in seconds by curling up with a packet of plant-based sweets and a Disney movie!

You can find Free From Fellows at stockists including Sainsbury’s, Boots, Holland & Barrett, Grape Tree and Ocado. Alternatively, head to www.freefromfellows.com to order online. 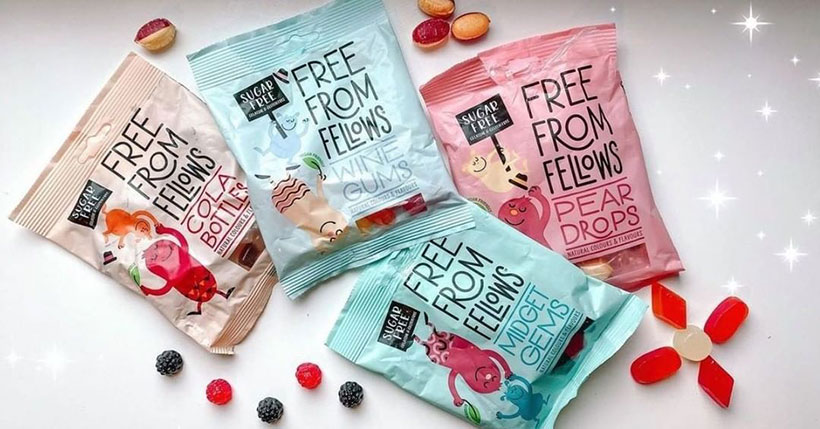 Conscious Candy Co broke the vegan internet when they launched their vegan ‘fried egg’ sweets last year. Haribo fans everywhere rejoiced as they were finally able to relive their childhoods with a vegan version of the iconic sweets.

Made with a vanilla flavoured ‘egg white’ foam and a subtle orange flavoured ‘yolk’ jelly, they’re almost identical to the original.

And that’s not all, the animal-free sweet brand also just launched the UK’s first vegan foam bananas for pre-order. We hope that vegan foam shrimps are up next!

You can also order 1kg bags of pick n mix from Conscious Candy Co, featuring fruity and fizzy favourites such as cola bottles, cherries, sour worms, dummies and bears. What’s not to love??

Head over to the Conscious Candy Co website to get your hands on their sweets!

You’ll be pleased to know that these fruity favourites are in fact ‘accidentally’ vegan. While you might assume the mouthwatering chewiness comes from gelatine, they are completely animal-free!

With five colourful flavours in the pack, there’s one for everyone. But who doesn’t fight over the red ones?

You can find Starburst sweets in all major supermarkets and corner shops – they’re everywhere! 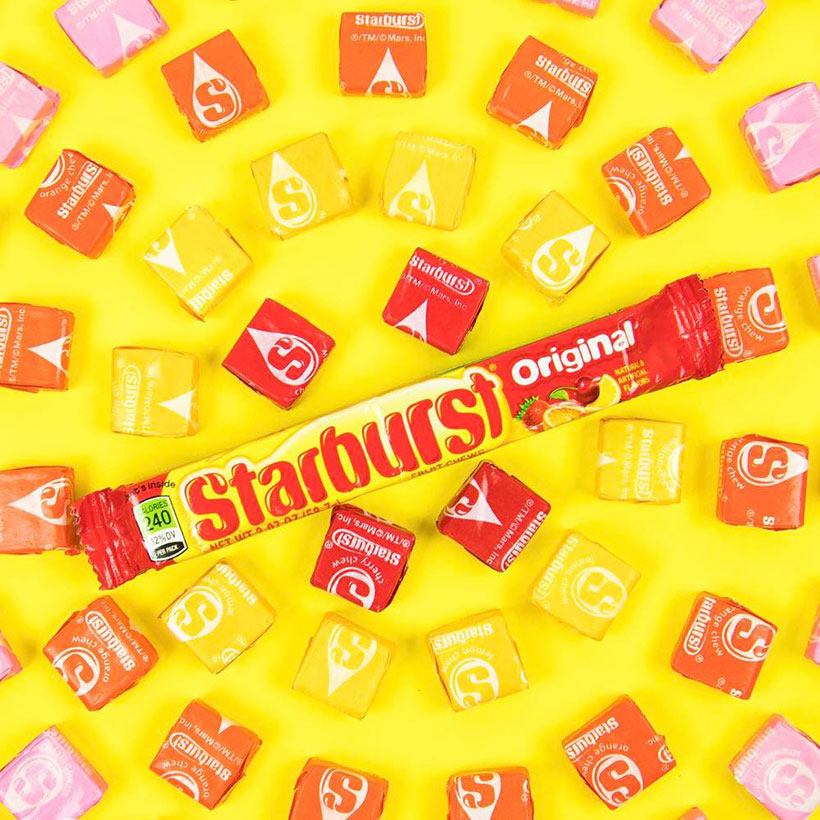 Thought you’d have to give up marshmallows after going vegan? Think again!

But that’s not all. Freedom Mallows also sell chocolate-covered mallow bars in vanilla or raspberry flavours – they’re a dream come true! Smash it between two vegan digestive biscuits and let it melt slightly for the ultimate s’mores vibes.

You can find Freedom Mallows at Holland and Barrett, Sainsbury’s and direct from freedommallows.com. 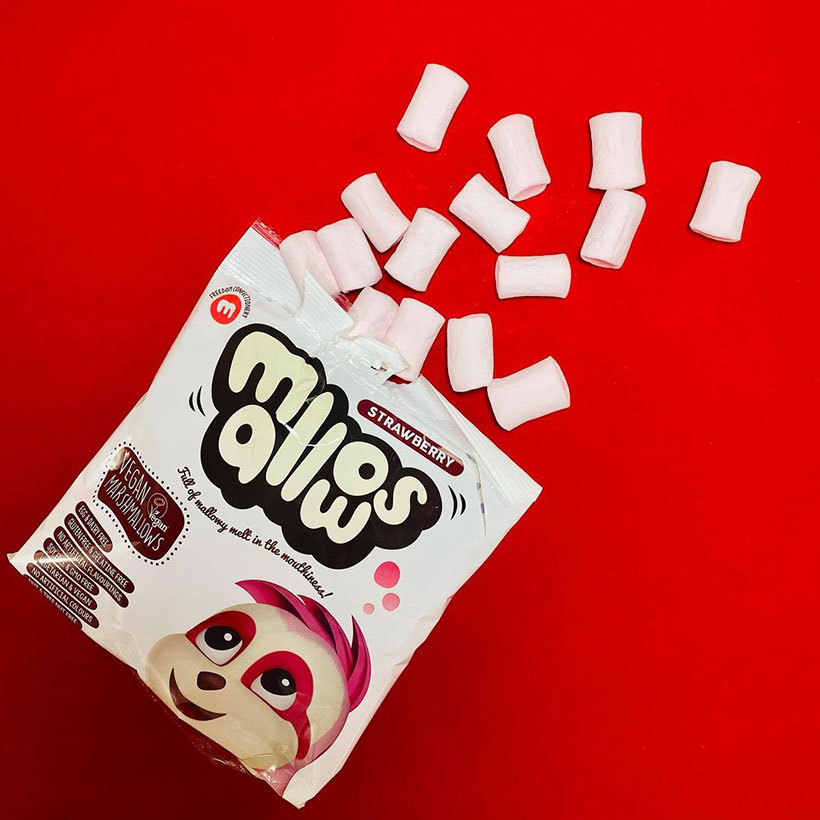 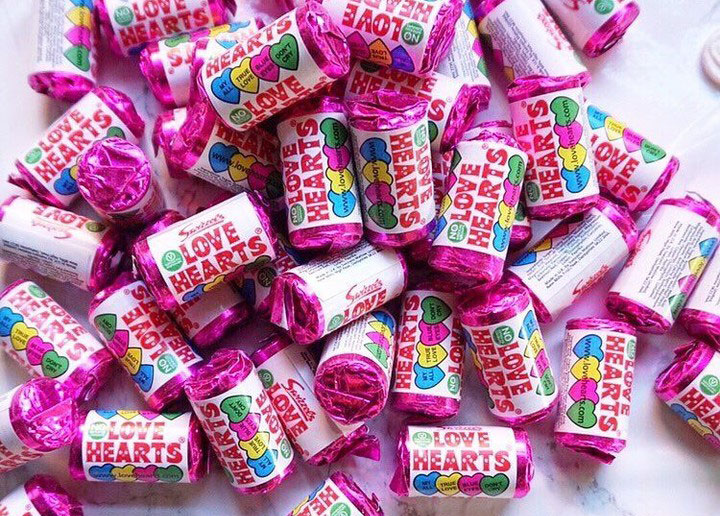 You might be surprised to learn that the iconic fizzy sweets are in fact 100% vegan. Love Hearts contain zero animal products, making them ‘accidentally’ vegan.

This means that even vegans can do Valentine’s day in style by showering their other half with heart-shaped sweets containing even sweeter messages. Don’t be shy, tell that person you think they’re cute with a sweet.

You can find Swizzels Love Hearts in all major supermarkets and corner shops as they remain a cult favourite. 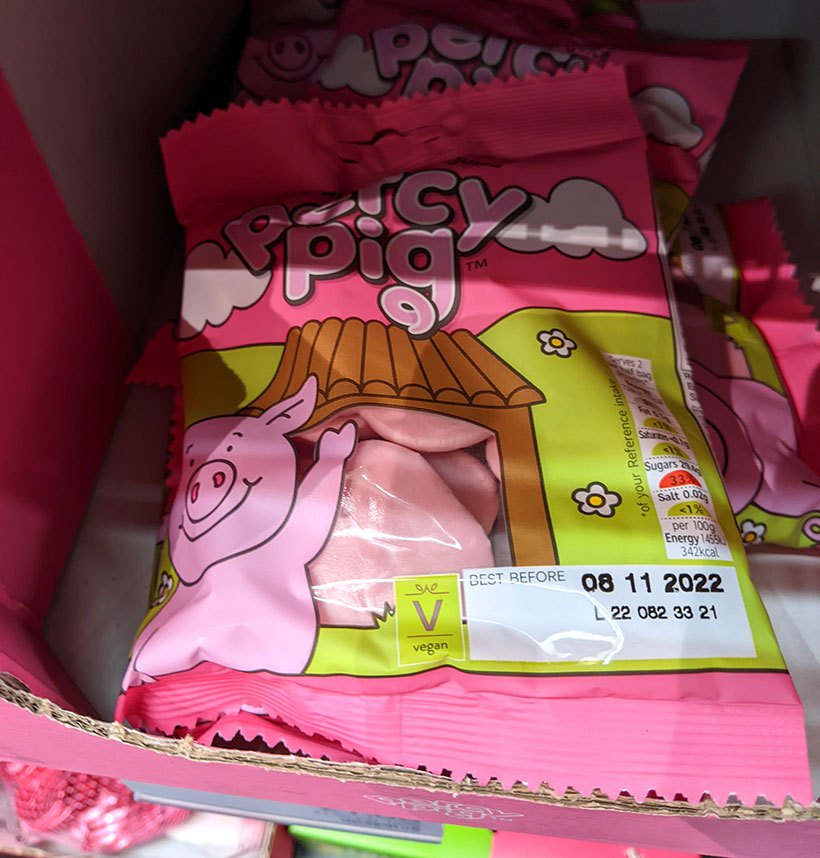 For years, vegans have been begging the company to remove beeswax from the ingredients to make them vegan, and finally they’ve given the recipe a refresh.

The chewy, fruit-flavoured gummy sweets are M&S’ most popular product and they sell a whopping 16 million bags a year. So the fact that Percy Pigs are vegan means millions of people can now enjoy them guilt-free.

Percy Pig sweets are available to buy at Marks & Spencer stores across the UK.

If you loved learning about vegan sweets, why not indulge your sweet tooth and take a look at our pick of the best vegan brownie recipes?